Hyolyn And Dasom Say SISTAR Members Hang Out So Much, People Ask Why They Even Disbanded

According to Hyolyn and Dasom, the SISTAR love is still going strong!

On the latest episode of KBS’s music talk show “Yoo Hee Yeol’s Sketchbook,” the two former bandmates appeared together as guests to promote their new single “Summer or Summer.” The song, which marks Hyolyn and Dasom’s first release together in years, is part of VIVO’s yearlong project “How to Have a Good 2021,” and both singers will be donating all proceeds from the release to people in need who are facing financial difficulties due to COVID-19.

When host Yoo Hee Yeol asked how they wound up collaborating for the song, Dasom shared, “One day, Hyolyn called me and said, ‘Som, I’m working on this project right now, and I was hoping you’d participate in it.’ I hadn’t even heard the song yet, and I didn’t know what the project was about or what it was for, but I immediately said, ‘I’ll do it.'” 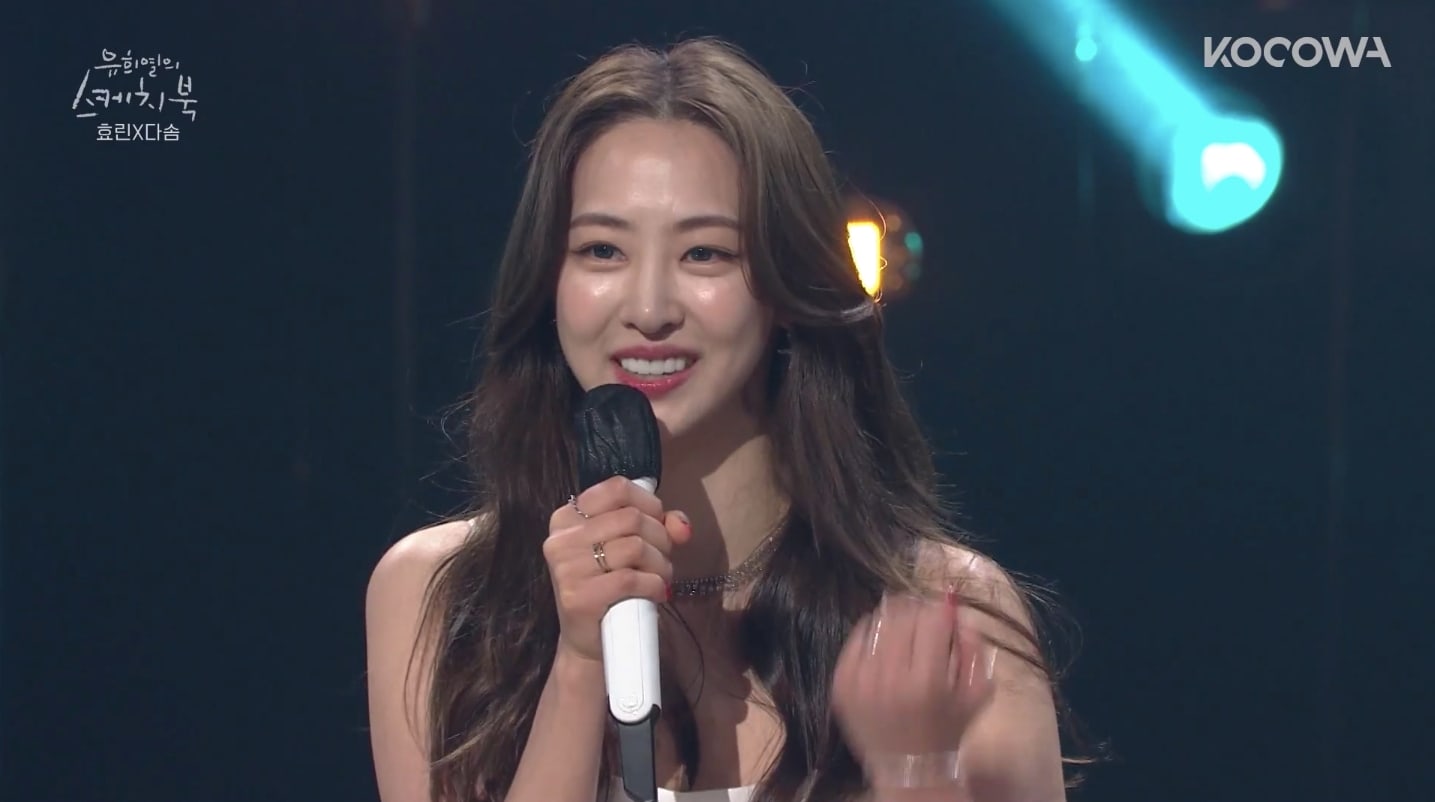 Yoo Hee Yeol replied in surprise, “Without even knowing what it was? Without asking for any details? People usually ask at least when it would be and what it is.”

“I thought about it for maybe two seconds, then said yes right away,” said Dasom. “I didn’t ask any questions. I just thought it would be fun, so I decided to say yes.”

Hyolyn chimed in, “As far as I remember, she didn’t even take two seconds.” She went on to explain why she’d reached out to Dasom in particular, pointing out, “During our group promotions, I promoted as a unit [with Bora], and I’ve also sung duets with Soyou, but I couldn’t remember having done anything with Dasom where it was just the two of us.”

Moved by the story of how easily Dasom had agreed to Hyolyn’s request, Yoo Hee Yeol commented, “Honestly, that’s really touching. People usually say things like, ‘Talk to my manager about it,’ or ‘How much would I be paid?’ How did you feel when she accepted right away?”

“I thought to myself, ‘I guess this is what real friends are like,'” recalled Hyolyn. “I was very grateful, and I even got a bit choked up.” 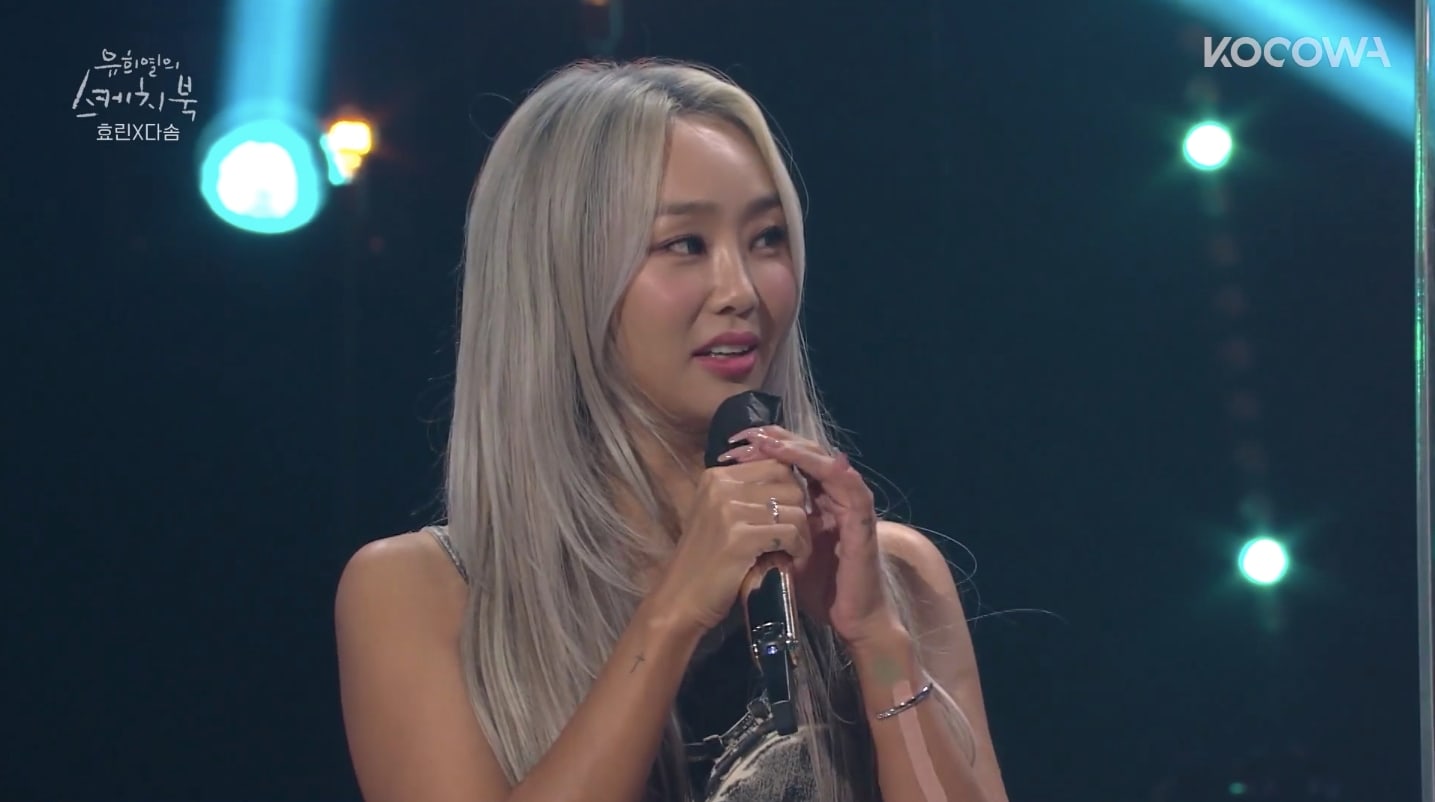 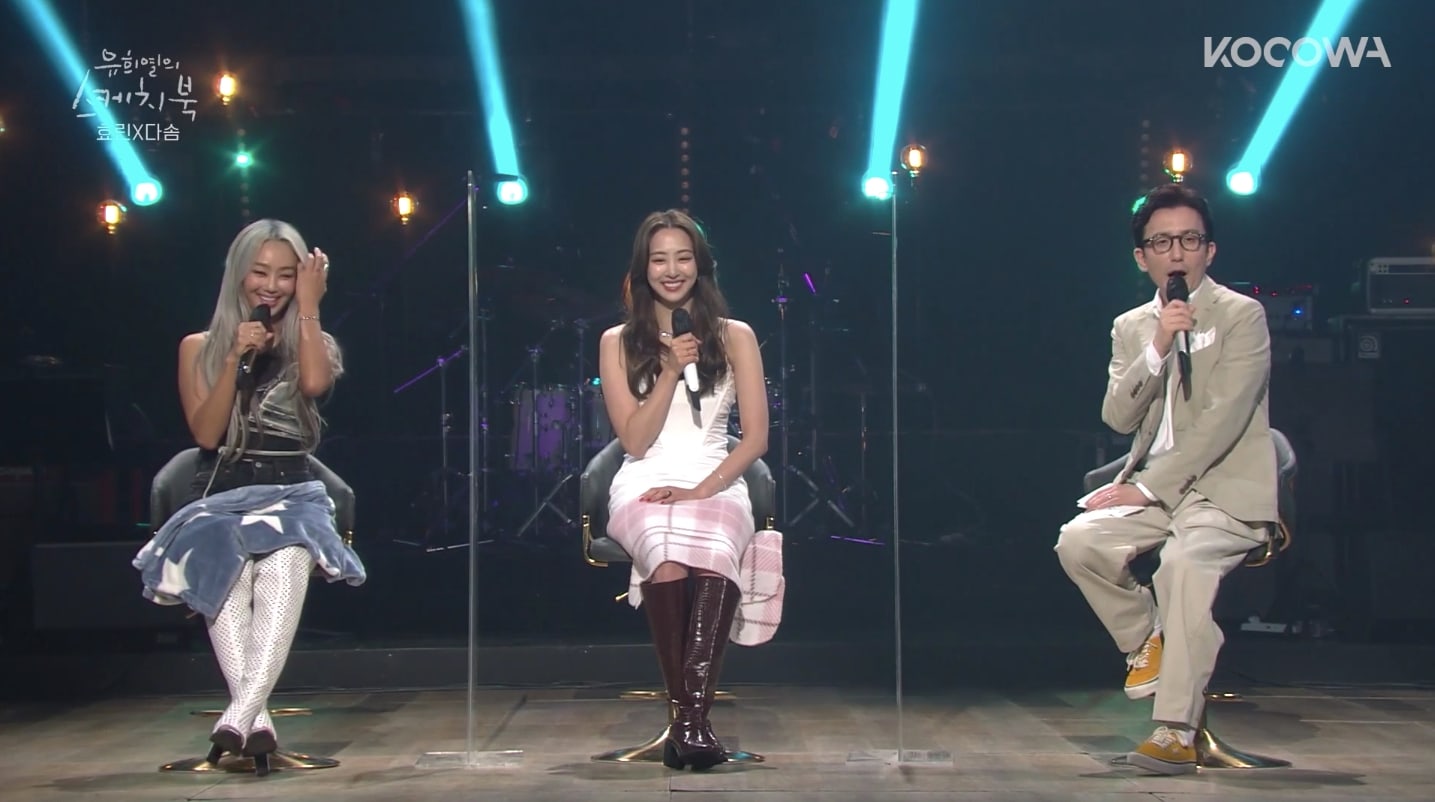 Later on in the episode, Yoo Hee Yeol asked the two singers if they were still in touch with the other SISTAR members, and Dasom replied, “Yes, we meet up all the time. We also have our own group chat, where the conversation never dies.”

Hyolyn went on to share that because they hang out so often, people are always asking them why they even disbanded.

“We get that all the time,” she revealed with a laugh. “People will ask me, ‘Where are you? Who are you with?’ and I’ll say, ‘I’m with the other [SISTAR] members.’ Then they’ll ask, ‘Then why did you guys even disband? If you guys were going to keep meeting up all the time and hanging out together, why did you disband?'” 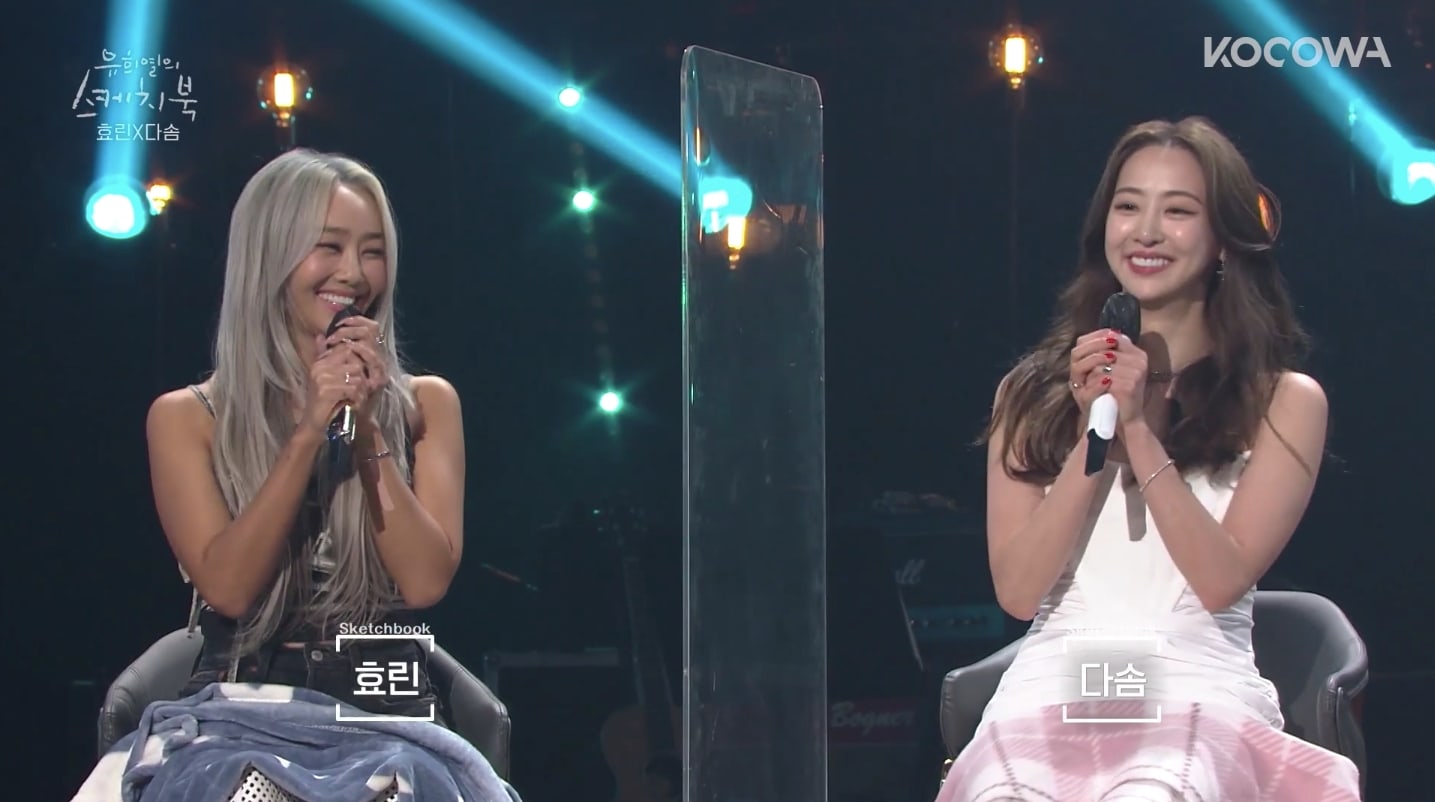 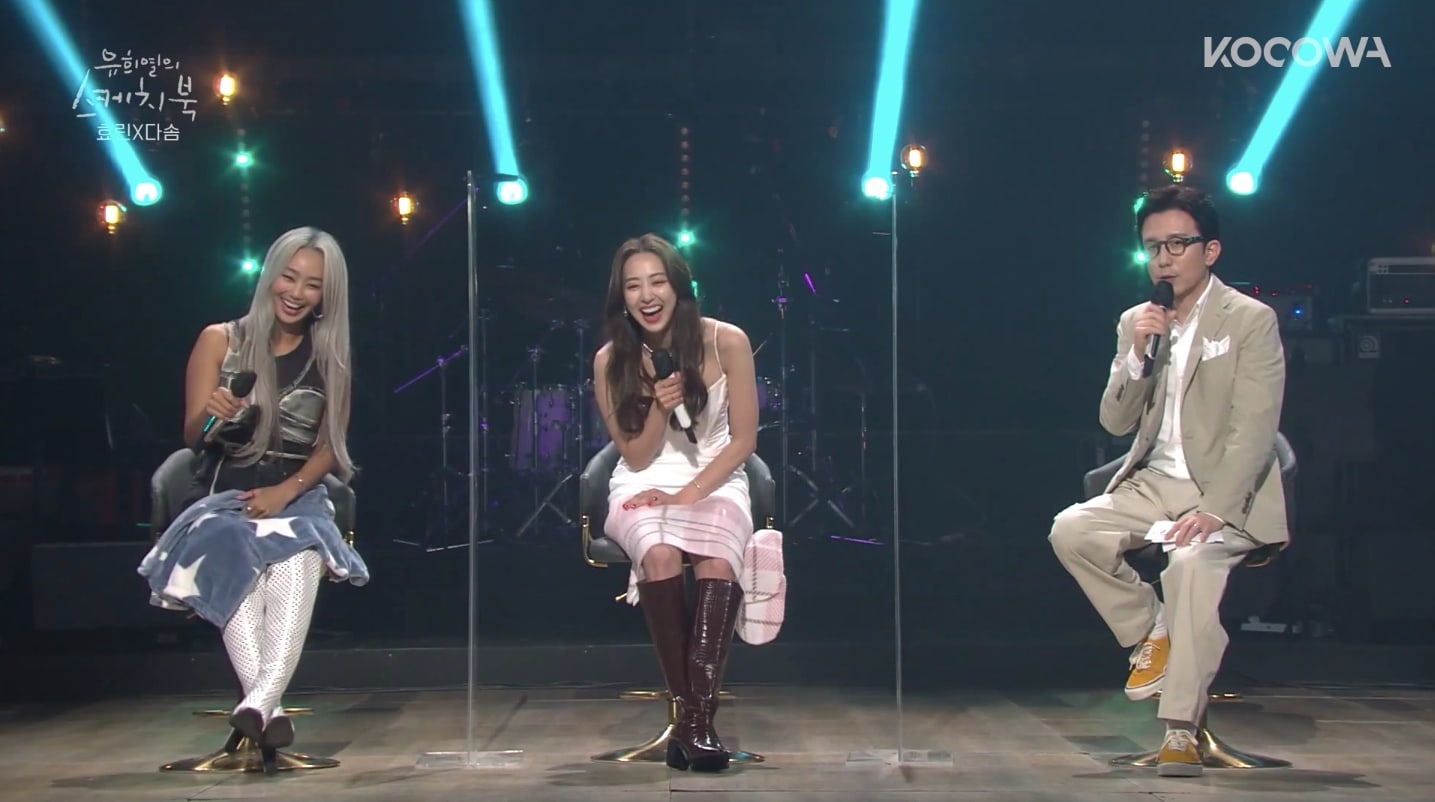 In addition to performing their new single “Summer or Summer,” Hyolyn and Dasom also prepared a duet mashup of SISTAR’s iconic summer hits “Shake It” and “Touch My Body,” as well as a cover of Lee Hyori‘s “Linda” (which she released as her SSAK3 alter ego Linda G).

Check out the clips of Hyolyn and Dasom’s performances below!

You can also watch the full episode of “Yoo Hee Yeol’s Sketchbook” with English subtitles here: