MBC’s “Check Out the Event” has shared a sneak peek of its final episode!

“Check Out the Event” is a romance drama starring Girl’s Day’s Minah and Kwon Hwa Woon as two ex-lovers who win a couples trip in a lottery that they entered before breaking up. Hoping to recapture his heart and change his mind about their breakup, Ha Song Yi (Minah) persuades her ex-boyfriend Park Do Kyum (Kwon Hwa Woon) to go on the trip with her to Jeju Island.

On the previous episode of “Check Out the Event,” Ha Song Yi turned the tables on Park Do Kyum after she learned the real reason why he had broken up with her. Ha Song Yi pointed out that regardless of the reason for their breakup, she had tried to keep their love alive while he had ultimately given up on it. Looking at things in a new light, she finally told him, “Now, I’m the one who doesn’t want to be in this relationship anymore. Let’s break up.”

In newly released stills from the drama’s upcoming series finale, Ha Song Yi and Park Do Kyum’s couples trip finally winds to a bittersweet close. As they prepare to leave Jeju Island with their luggage in tow, Ha Song Yi walks ahead of Park Do Kyum as he follows separately from behind. Another photo shows the former lovers facing off in different directions at a bus stop, their gloomy expressions standing out in stark contrast to the bright and beautiful scenery in the background.

However, another photo may hint at the possibility of the two exes getting back together: as they stand facing one another, there is a small smile on Ha Song Yi’s face that gives fans of the couple a sliver of hope. 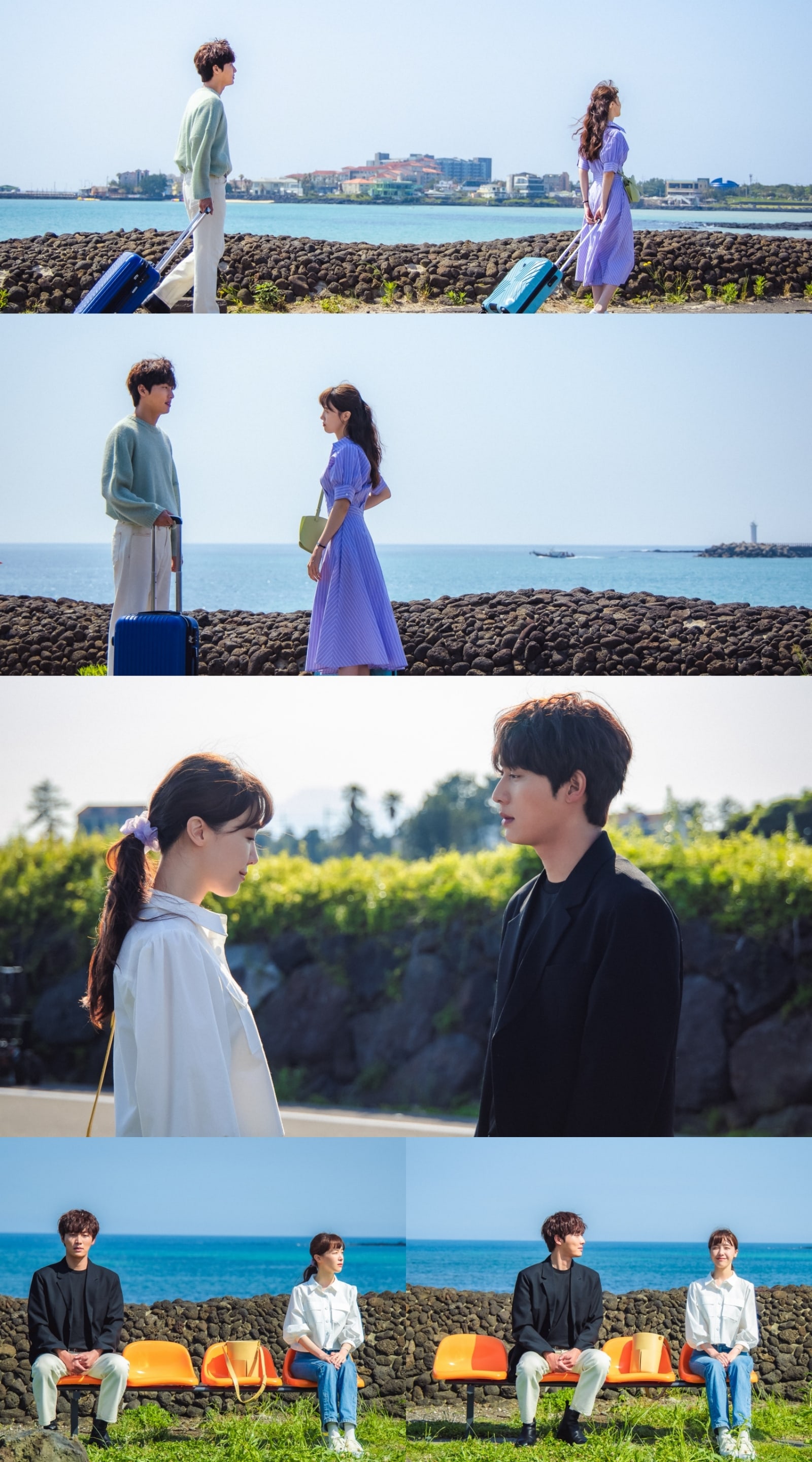 The drama’s producers remarked, “I think many people related to [‘Check Out the Event’] because we tried to portray the romance and breakups of ordinary people like us, rather than special and unusual characters, in a simple and honest way. Song Yi and Do Kyum’s final decision will also be deeply relatable and will leave a lasting impression on viewers.”

They went on to add, “Please show a lot of interest up until the very end of our drama.”

The fourth and final episode of “Check Out the Event” will air on September 4 at 9:50 p.m. KST.