Kwon Eun Bi talked about her successful solo debut in a recent interview with Xportsnews!

On August 24, the former IZ*ONE member released her first solo mini album “OPEN” along with the music video for the title track “Door.” Since Kwon Eun Bi is the first IZ*ONE member to release new music in Korea since the group’s disbandment, Kwon Eun Bi shared, “It was always fun and enjoyable when working with the members, so it’s boring working alone. It was really nice eating with the members together, so it feels boring and empty to be alone.” The artist talked about showcasing her diverse colors in order to make up for the missing synergy effect that was created when she performed with the members. 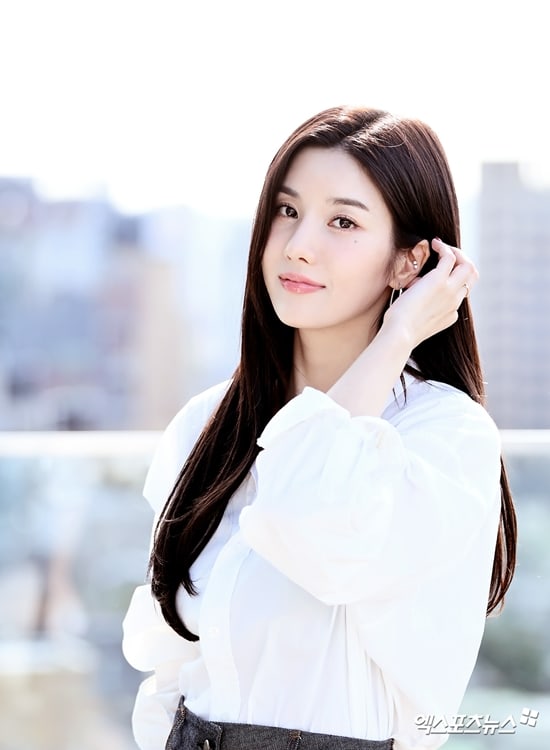 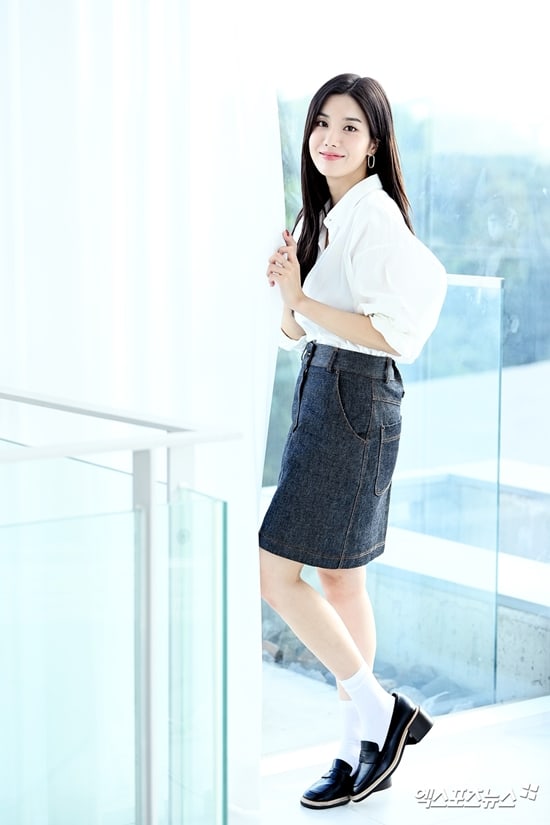 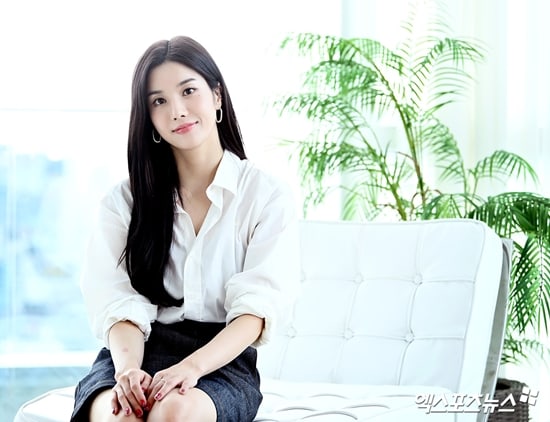 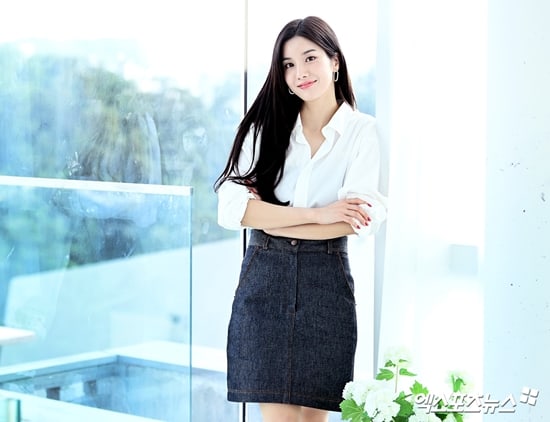 The interview also had fun questions asking Kwon Eun Bi what she would rather pick from two different choices. The artist shared that she would rather work part-time at a bingsu (shaved ice dessert) store during a heat wave than at a bakery that produces 100 trays of bread a day. She explained that it’s difficult to work in a bakery, referring to her past part-time job that she had taken on to pay tuition for an arts high school that she wanted to go to against her parents wishes. With help from her older brother, who also worked at the bakery, she was able to work there for two years. During her time on Mnet’s “Produce 48,” the bakery owner had cheered her on, sharing, “She’s a very reliable girl. I hope she succeeds as a singer.” 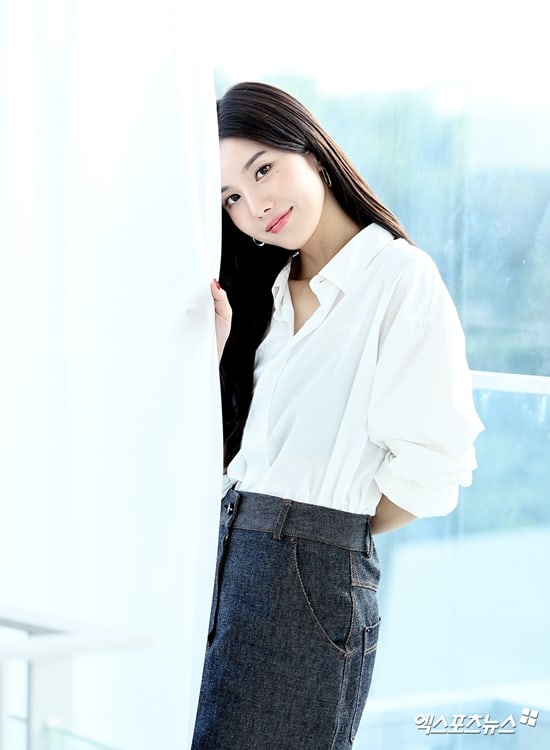 Between variety shows and acting, Kwon Eun Bi picked variety shows, but she also shared that she had a lot of fun acting in INFINITE’s Sunggyu’s music video “HUSH.” She explained, “I was able to act naturally and comfortably because it was acting showcased through expressions and movements, not words.” Kwon Eun Bi elaborated, “Honestly, variety shows are hard, and acting is also hard. I’m not very confident in acting. When I exchange lines with someone, I get nervous, so a lot of my emotions disappear. That’s why I think acting is a bit difficult.” 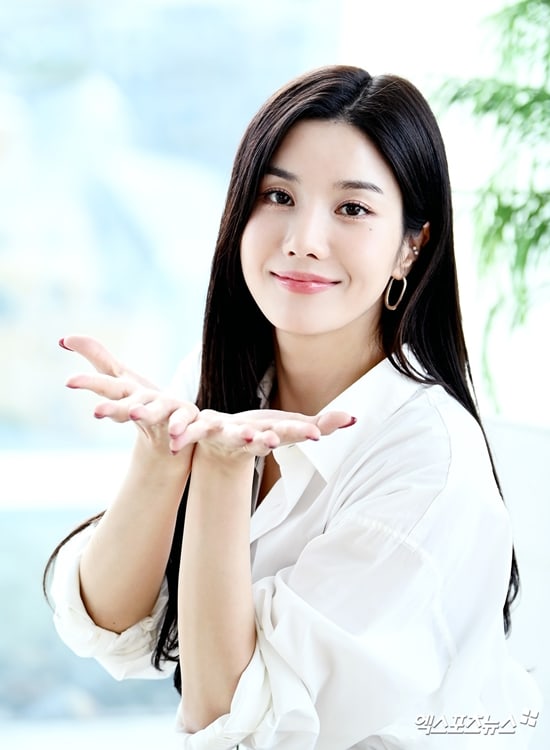 Due to her extreme love for sashimi, Kwon Eun Bi shared that she would rather eat French fries with red chili pepper paste and vinegar than sashimi with ketchup. The usual food combinations are the other way around: Sashimi with red chili pepper paste and French fries with ketchup. She even mentioned that she loves sashimi so much that she told her mom she would marry a fisherman when she was young. Kwon Eun Bi added, “That’s still valid.” 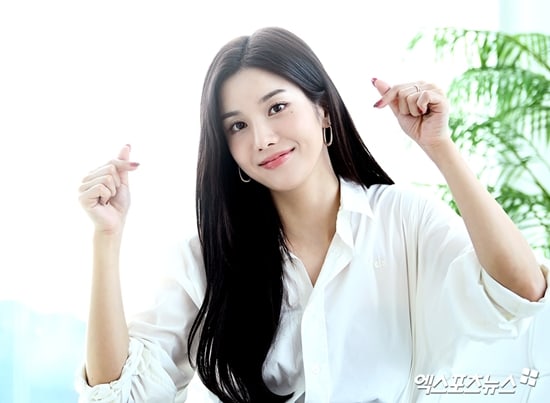 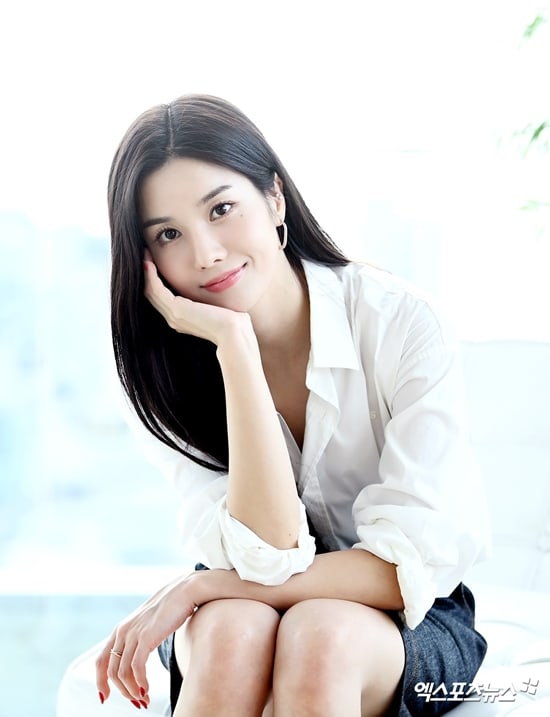 The artist commented that she would rather forget the choreography than the lyrics while performing a song because she could still pretend to dance. She shared that she would rather star in MBN’s “I Am a Natural Person” than Mnet’s “Show Me the Money” because she enjoys nature programs and doesn’t know how to rap. As a game fanatic, Kwon Eun Bi picked Maple Story over Tales Runner. She added that she recently downloaded The Sims but quit, especially due to her busy lifestyle preparing for her solo debut. 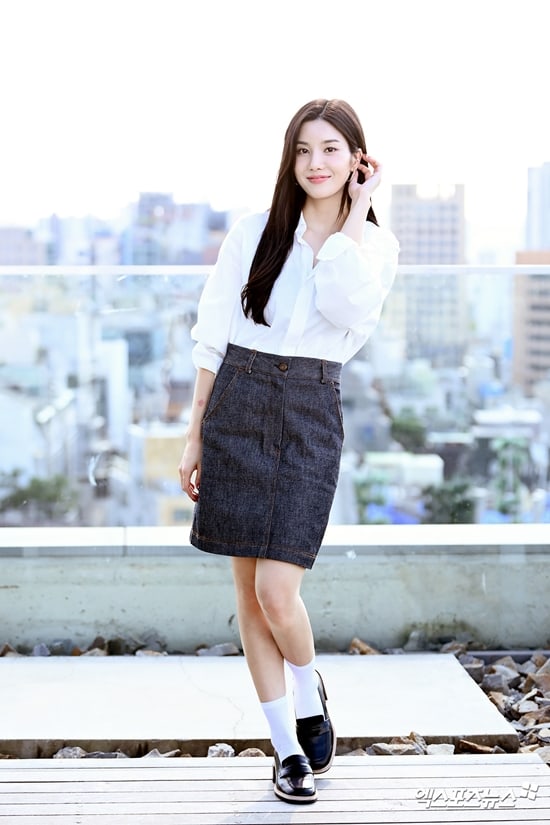 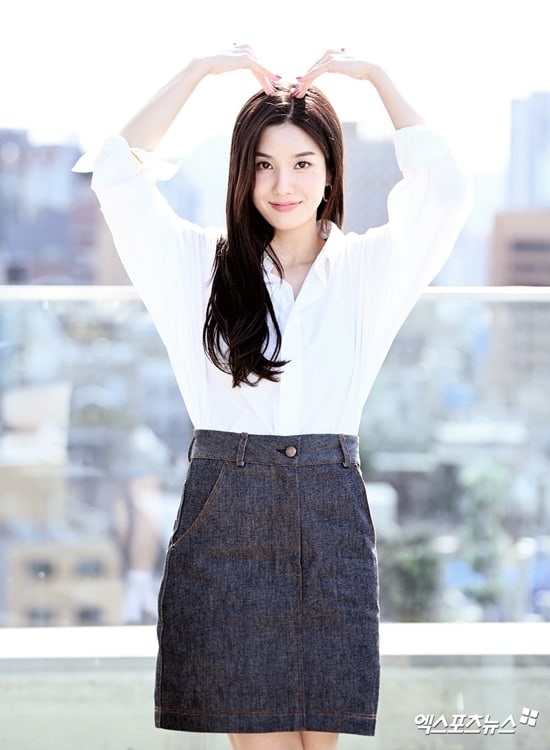 Finally, Kwon Eun Bi shared that she would rather live her whole life in close proximity with a friend 24/7 than live life without a single friend. She explained, “I can’t get used to doing something alone, so I want to be together with someone.” Mentioning Lovelyz’s Yein as a close friend, Kwon Eun Bi shared, “I personally share my concerns with her the most. She listens a lot to my worries, and she’s a friend I frequently meet up with privately.” In the past, Kwon Eun Bi had picked Dreamcatcher as the group she wanted to get closer to. She shared, “We’ve gotten really close. We happen to share the same salon. That’s why we greet each other every morning. I greeted them today before coming here. Dreamcatcher also gives me bread at the salon, and they’re so nice.”

XPN
Kwon Eun Bi
How does this article make you feel?