The director of tvN’s new thriller drama recently expressed his gratitude towards the main cast!

tvN’s newest Wednesday-Thursday mystery thriller drama “Hometown” is set in a rural town in 1999 and follows the story of detective Choi Hyung In (Yoo Jae Myung) investigating a series of strange murders and a woman named Jo Jung Hyun (Han Ye Ri) who is searching for her kidnapped niece. As they attempt to uncover hidden secrets, both of them end up facing off against evil terrorist Jo Kyung Ho (Um Tae Goo).

Director Park Hyun Suk received praise and recognition for his work on “Forest of Secrets 2” and will now showcase his skill through “Hometown,” a different kind of thriller. Park Hyun Suk described why he was drawn to the project, explaining, “The concept of adding the occult vibe to a mystery thriller felt new and interesting. As it has a similar vibe to ‘Forest of Secrets,’ I was personally able to immerse into the project more easily.”

The recently released “Hometown” teaser garnered lots of buzz for its frightening and nerve-racking themes, of which the director commented, “Although actual images from the drama were used in the teaser clip, ‘Hometown’ honestly isn’t a scary horror genre. It’s a drama that’s of a different type of horror with chilling tension.”

Regarding the casting, Park Hyun Suk shared, “Yoo Jae Myung, Han Ye Ri, and Um Tae Goo are all actors I’ve liked for a long time. It’s an honor to get to work with them.” He continued, “Compared to the production of a typical drama, the main casting was quick. I’m so thankful that they enjoyably read the script of such a peculiar and perhaps unfamiliar genre and happily decided to participate.” 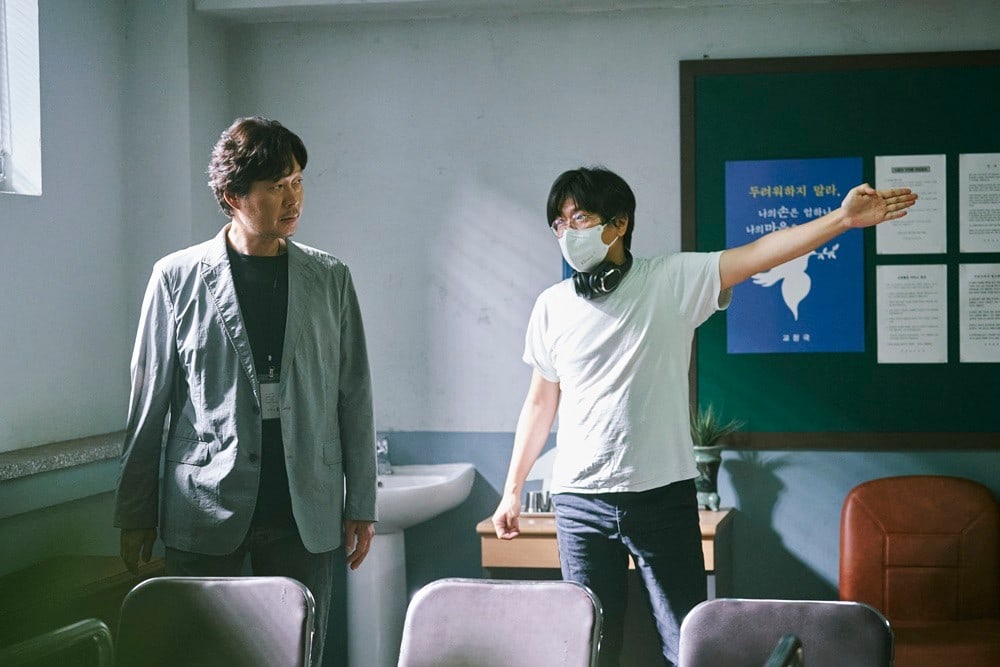 Park Hyun Suk also picked out the unique charms for each character, explaining, “After losing his wife in a terrorist gas attack, Choi Hyung In is a detective who hides his deep inner wounds. Jo Jung Hyun carries the pain of being the younger sister of that same terrorist and as a result, returns to her family in their hostile hometown. The viewers will likely feel pity for Choi Hyung In and Jo Jung Hyun.”

He continued, “Jo Kyung Ho is a criminal and an attacker with hidden special abilities after committing various terrorist attacks that resulted in numerous victims. Although he’s highlighted as the drama’s antagonist, the character hides a shocking secret so please look out for that.”

Lastly, Park Hyun Suk shared, “Please focus on the process of detective Choi Hyung In and Jo Jung Hyun finding the traces of the happenings in their rural town. If I’m to give a special viewer tip, it’s that it’ll be more interesting if you try to guess the events using Jo Kyung Ho’s lines as hints.”

In the meantime, start watching Han Ye Ri in “My Unfamiliar Family” below: