f(x)’s Krystal and B1A4’s Jinyoung will be running into some trouble in KBS’s “Police University.”

The KBS drama is about the chaotic investigation that ensues when a professor at an elite police university teams up with a student who happens to be a genius hacker. Jinyoung and Krystal star as university students Kang Sun Ho and Oh Kang Hee, while Cha Tae Hyun stars as passionate detective-turned-professor Yoo Dong Man.

Previously, Kang Sun Ho told Oh Kang Hee the details of her mother’s (Kim Young Sun’s) illegal gambling syndicate and the mysterious happenings surrounding the Police University. After hearing everything, Oh Kang Hee announced that she would cooperate with Yoo Dong Man and Kang Sun Ho’s joint investigation. She also confessed her feelings to Kang Sun Ho, and he reciprocated the confession with one of his own. 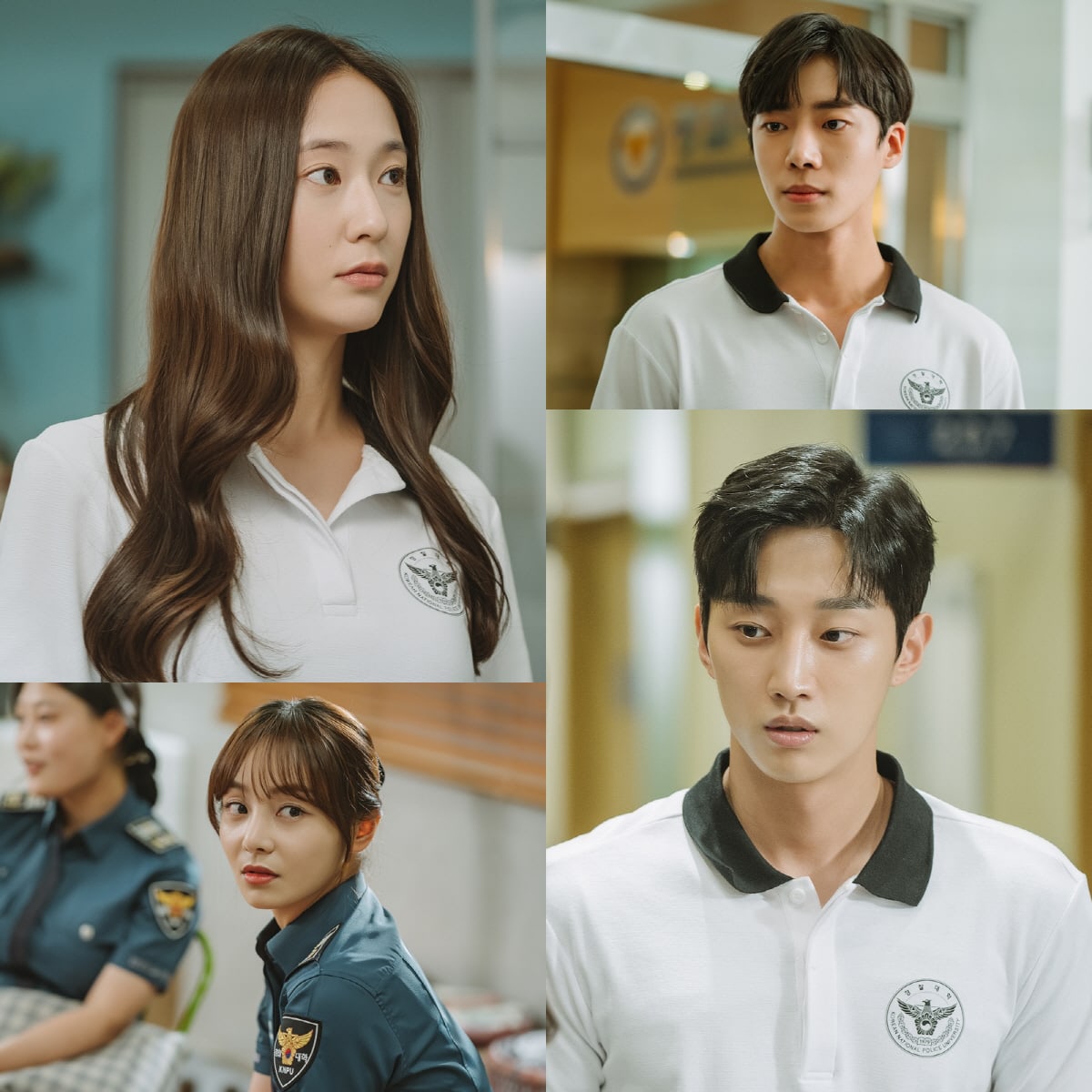 After finding suspicious evidence related to Go’s Beer, Yoo Dong Man left the Police University to protect those around him. But the other professors and students followed him, eventually finding out about the situation involving the university and illegal gambling syndicate. They decided to carry out a joint plan, and after an intense investigation, they succeeded in capturing the suspect Go Deok Bae (Shin Seung Hwan).

While he was being investigated, Park Chul Jin had tried to testify about the illegal gambling, but the investigator threatened him and stopped him from speaking up. This strange situation suggested that there is a force within the police that is behind the syndicate.

Cha Tae Hyun looks somber as he visits Park Chul Jin at the detention center. He seems determined to track down the culprit, while also feeling sorry for his junior who is caught in a difficult situation. Park Chul Jin makes a distraught face like he’s given up on everything, and curiosity is mounting over what choice the two men will make.

Watch the drama on Viki with subtitles: