Jin Mu Hak raised his family’s small gamja-tang (spicy pork bone stew) restaurant to a global food service corporation called DonDon F&B. He lacks formal education, but has an extremely good sense for money. Kim Dal Li, on the other hand, works as a researcher at an art museum and is fluent in seven languages, but can’t even cook a meal for herself without help.

In the new stills, Jin Mu Hak and Kim Dal Li attend a fancy party together, with Jin Mu Hak outfitted in a flashy suit and Kim Dal Li in a lace dress and an elegant headpiece pinned in her hair. This scene takes place just after the two of them have their first meeting in front of a banner that reads, “Welcome Mr. Jin.” As Jin Mu Hak approaches with two drinks in his hand, he can’t take his eyes off Dal Li, who is staring wistfully off into the distance. 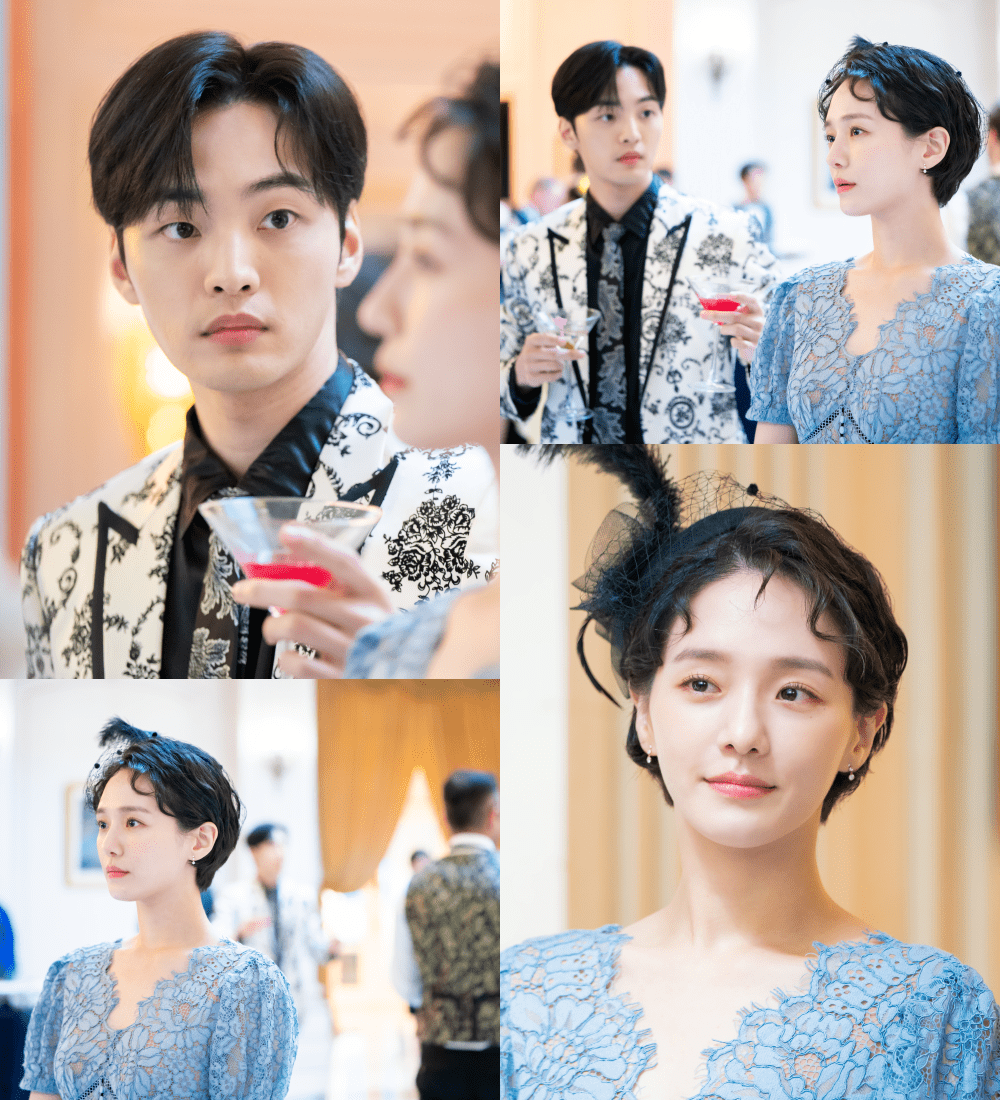