“Hometown” is a mystery thriller drama set in a rural town in 1999. It follows the story of a detective named Choi Hyung In (Yoo Jae Myung), who is investigating a series of strange murders, and a woman named Jo Jung Hyun (Han Ye Ri), who is searching for her kidnapped niece. As they attempt to uncover hidden secrets, both of them end up entangled with an evil terrorist named Jo Kyung Ho (Um Tae Goo).

The titular “Hometown” of the drama is a town called Saju, where a horrific terrorist gas incident took place in 1987, in which Choi Hyung In lost his wife. The perpetrator was none other than Jo Kyung Ho, whose daughter, Jo Jae Young (Lee Re), is kidnapped in 1999.

At the center of the relationship chart are Choi Hyung In, Jo Jung Hyun, and Jo Kyung Ho. Choi Hyung In is an inspector in the first team of the violent crimes division. Im Se Yoon (played by Kim Sae Byuk) is his wife, and Im In Kwan (Choi Kwang Il) is his father-in-law. Lee Si Jung (Jo Bok Rae) is Choi Hyung In’s partner at the Mobile Investigation Unit, a sergeant in the same team and division. Yang Won Taek (Song Young Chang) is the leader of the violent crimes division.

Choi Hyung In is described as having an “interview” relationship with Son Ji Seung (Tae In Ho), who is a special prosecutor appointed by the Busan District Public Prosecutors’ Office, prompting curiosity about what they could have interviewed each other about.

Jo Jung Hyun works as the chief cook in a Korean-Chinese restaurant. She is the sister of notable terrorist Jo Kyung Ho, who is currently serving out a life sentence in prison. He has a daughter named Jo Jae Young, who is now in the care of Jo Jung Hyun. Jo Jae Young is a student at Kyeongcheon Girls’ Middle School. Jo Jung Hyun works with her mother, Jung Kyung Sook (Park Mi Hyun), who owns the restaurant, and Kim Hwan Gyu (Kim Sin Bi), who delivers the food.

Connected to the kidnapped Jo Jae Young are her classmates from Kyeongcheon Girls’ Middle School, especially her friends in the broadcasting club. Kim Moon Sook (Heo Jung Eun) is Jo Jae Young’s best friend and is described as the “moodmaker” of the club. Jung PD (Park Shi Yeon) is the broadcasting club’s leader, but DJ Han (Park Seo Jin) holds the true power in the group. Lee Kyung Jin (Kim Ji Ahn) is one of the victims in the Hongan-dong mother-daughter double murder case that Choi Hyung In investigates. 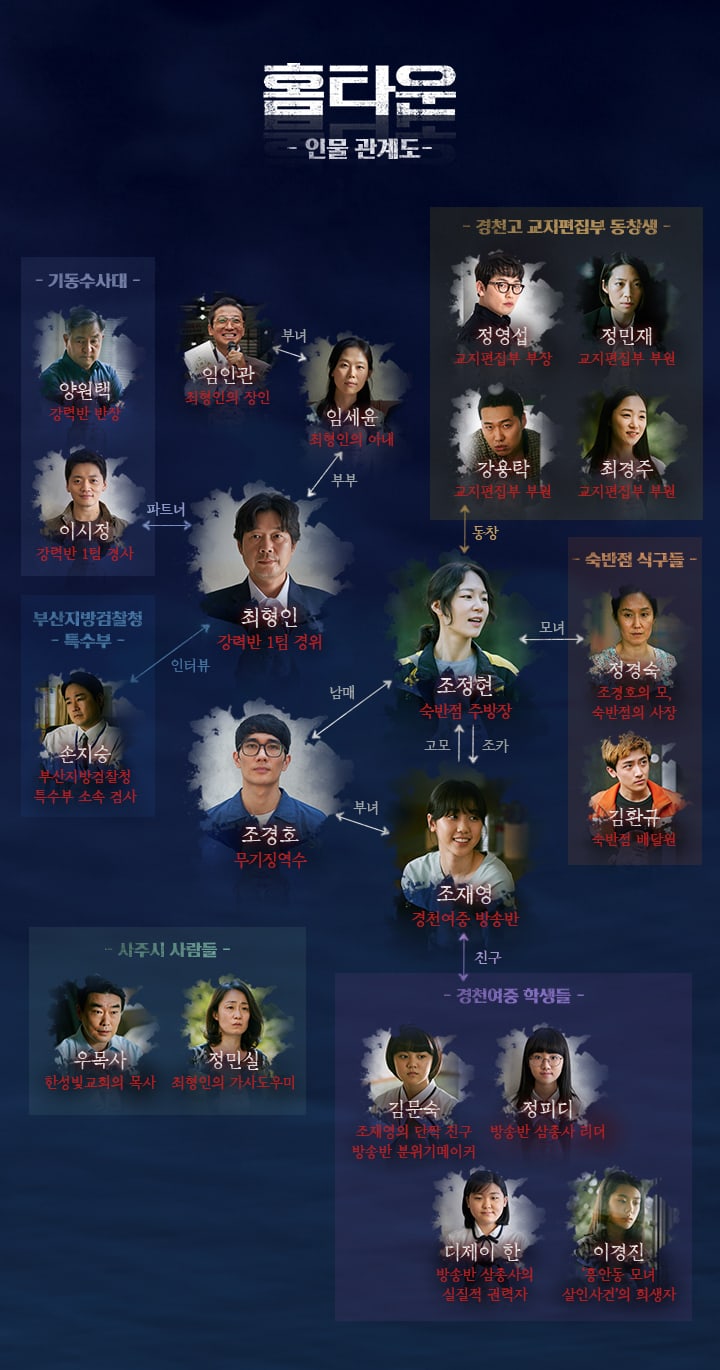 “Hometown” premieres on September 22. Check out a teaser here!