Lee Kwang Soo was on a slightly different wavelength from his co-stars on the first episode of the “House on Wheels” spin-off!

This spin-off is called “Lending You My House On Wheels” and will not feature regular cast members Sung Dong Il and Kim Hee Won. Instead, the original cast members briefly lend their wheeled house to the newcomers, who have to learn how to live in it on their own.

“Shouldn’t we go out and see what’s around?” he asked, but Kang Ha Neul laughed and said, “You can see there’s nothing there.” Lee Kwang Soo replied, “No, wait. This is what you’re supposed to do. This was the right timing to go out. You want to stay in here for five minutes before leaving? Are you taking a break right now?” 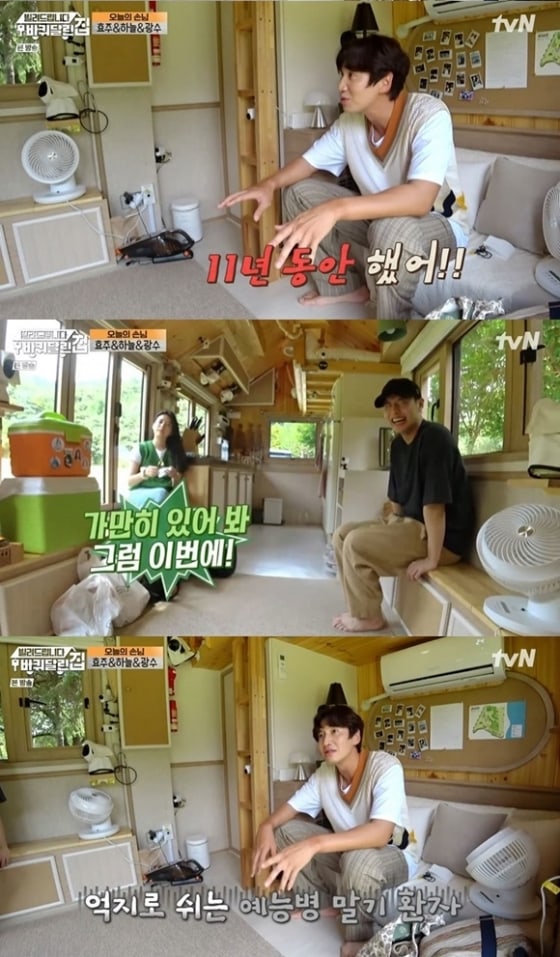 After their break, the cast members took a walk, set up their sofa, and went grocery shopping. Unlike Han Hyo Joo and Kang Ha Neul, who were shopping leisurely for the items they needed, Lee Kwang Soo rushed around the supermarket like he was on a timed mission.

Han Hyo Joo told him, “There’s no mission here. You don’t have to find things as fast as possible. It seems like you’ve really gotten used to doing things [on variety shows].” Lee Kwang Soo replied, “You’re right, but I think it’s an occupational disease for me. It feels like if I find the bread really fast, I’ll come in first place.” 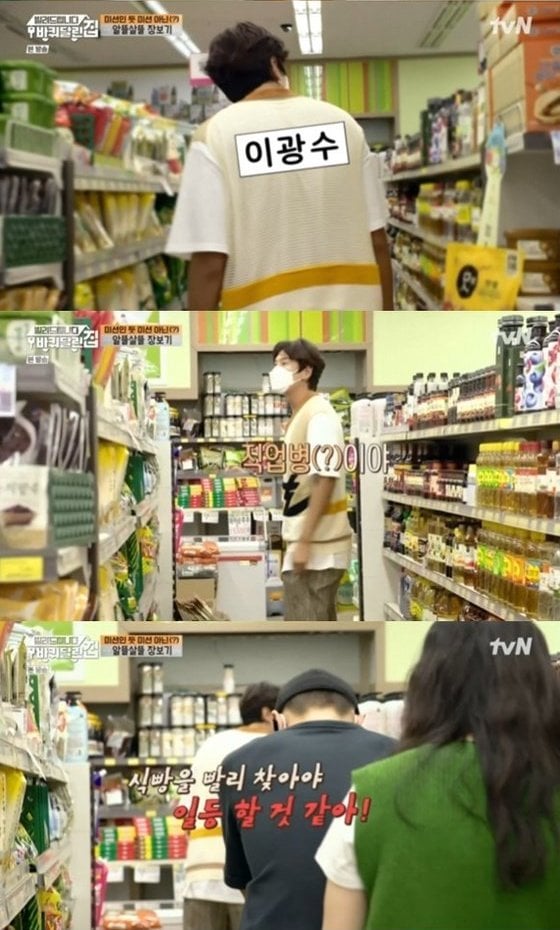 When the members came home, they set up the tarp and Kim Sung Oh and Park Ji Hwan arrived. After dinner, which was cold soybean noodles and curry, Sehun, Chae Soo Bin, Kim Ki Doo, and Kwon Sang Woo arrived.

The spin-off will air every Monday at 9 p.m. KST.