On September 20, tvN aired the second episode of their “House on Wheels” spin-off featuring the cast of the upcoming movie “The Pirates 2.”

After settling into their borrowed wheeled house in the first episode, the cast began their well-deserved vacation in earnest. At one point, Kang Ha Neul, Lee Kwang Soo, Han Hyo Joo, Kim Sung Oh, and Park Ji Hwan went to visit a mountain stream to cool off and play in the water.

While taking a break, Park Ji Hwan took out a knife and began to cut fruit for a snack, joking, “I’m going to punish these peaches.” He added, “Somehow, the knife suits me very well.”

Park Ji Hwan has appeared in dozens of movies, such as “Beasts Clawing at Straws,” “The Battle: Roar to Victory,” “Svaha: The Sixth Finger,” “The Drug King,” “1987: When the Day Comes,” “The Outlaws,” “A Violent Prosecutor,” and more. He has also appeared in dramas like “Black Dog,” “Nokdu Flower,” and “Touch Your Heart.” In his early career, he was typically cast in villainous roles. 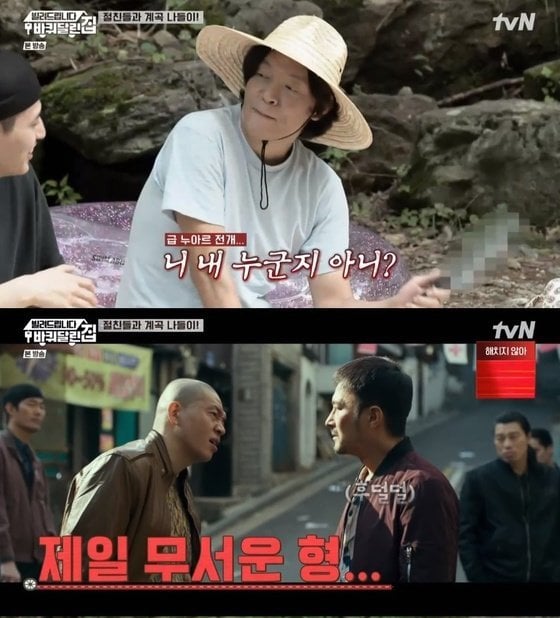 He said, “When you read tragedies like Shakespeare’s ‘Hamlet,’ or Chekhov’s ‘The Seagull,’ you sympathize with the main character, right? But I’ve never once been able to play the role I wanted to play when I was doing theater. When I moved to doing movies, it was the same. People developed the stereotype that I should only play gangsters or villains. As an actor, I felt sorry for myself.”

He continued, “When I was 27, I realized that I was the kind of person who couldn’t play a main character like Hamlet. Once I acknowledged this fact, it felt both refreshing and depressing. Nowadays, when I play a general or an uncle or a teacher, I get excited and feel like I can dream again.” 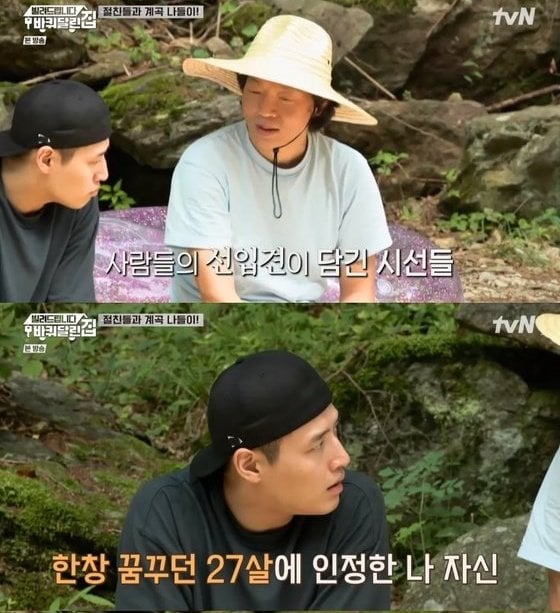 Later, Kim Ki Doo, Chae Soo Bin, EXO’s Sehun, and Kwon Sang Woo joined the others at the wheeled house. Once the cast was gathered together, Kim Sung Oh observed, “Now that I think about it, all the members who hung out together on set are sitting together now.” Kim Ki Doo chimed in, “We would always sit like this during filming and play the liar game.” 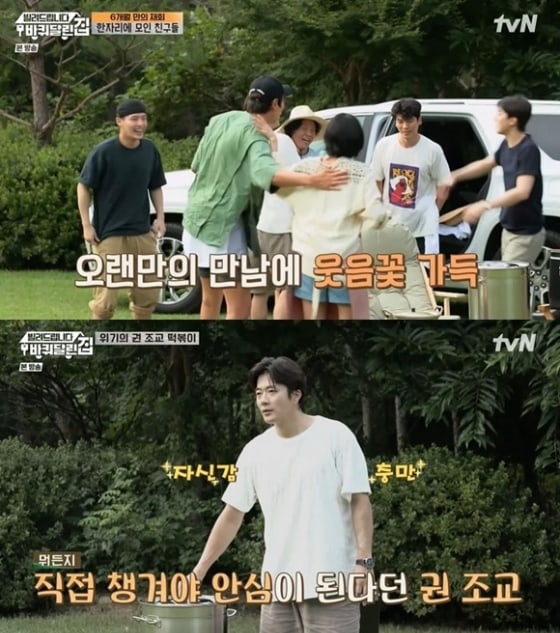 Kwon Sang Woo, who plays the villain of “The Pirates 2,” said, “I’ve never heard of this. I was the only one filming by myself. I thought that I would get depression while filming ‘The Pirates 2.'” Afterwards, the cast members decided to play the liar game again, but played a prank on Kim Sung Oh, who briefly left the area to go to the bathroom. 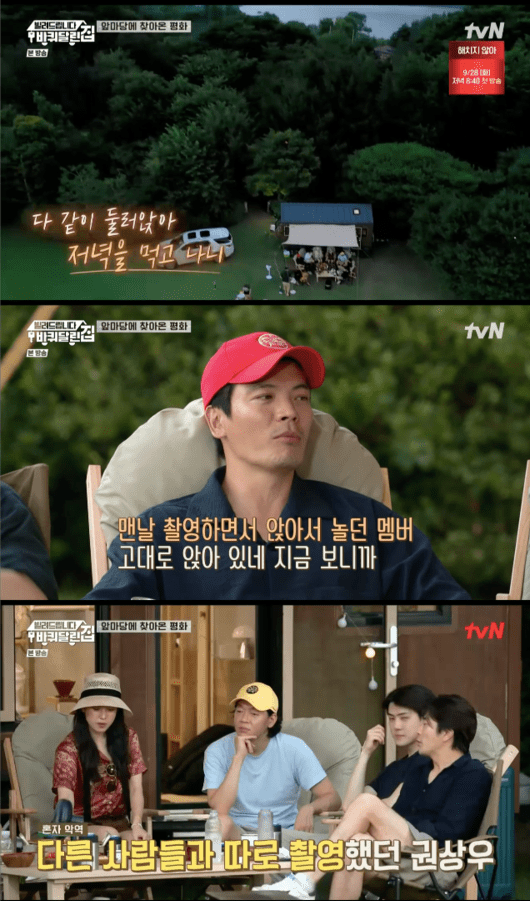 Watch the original “The Pirates” film below!

Kwon Sang Woo
Park Ji Hwan
The Pirates 2
House on Wheels
How does this article make you feel?