In the main poster, Ahn So Hee, Han Ji Yeon, and Kang Ji Goo enjoy sipping alcohol through straws. The poster captures each of the three characters’ unique charms with Ahn So Hee puffing out her cheeks adorably while drinking, Kang Ji Goo looking straight ahead with a cynical gaze, and Han Ji Yeon wearing a subtle smile. 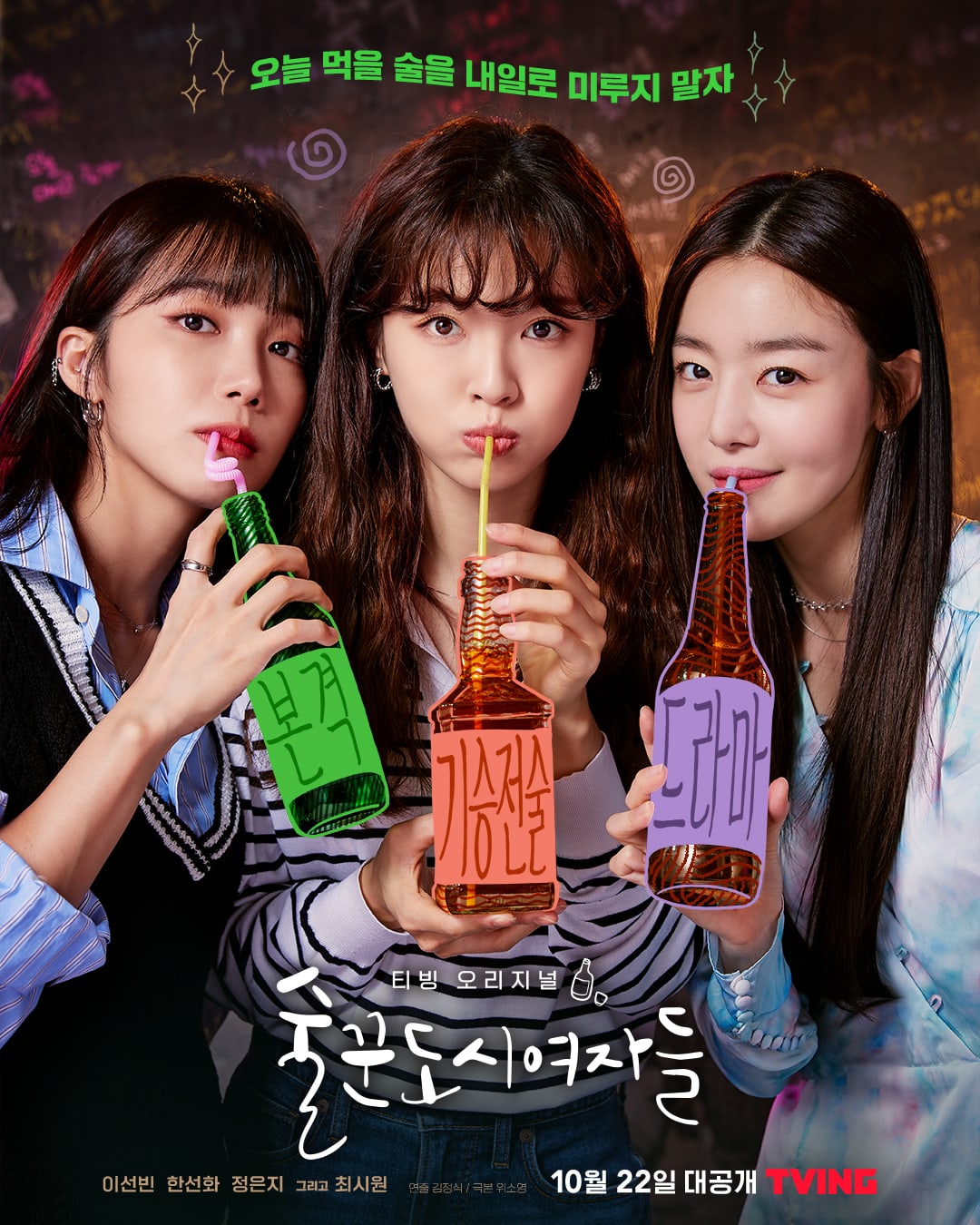 To celebrate the drama’s release, the original webtoon author Mikkang created a special poster featuring a drawing of the three close friends drinking together in the same way the actors are. Like the main poster, the text on top reads, “Let’s not push today’s drink to tomorrow,” while the alcohol bottles have the phrase, “A drama that ends with alcohol at every development,” when put together. Kang Ji Goo holds a second bottle with the label, “quickly beer,” while Han Ji Yeon’s reads, “another beer.” Mikkang’s energetic artwork previews the fantastic chemistry of the three main characters. 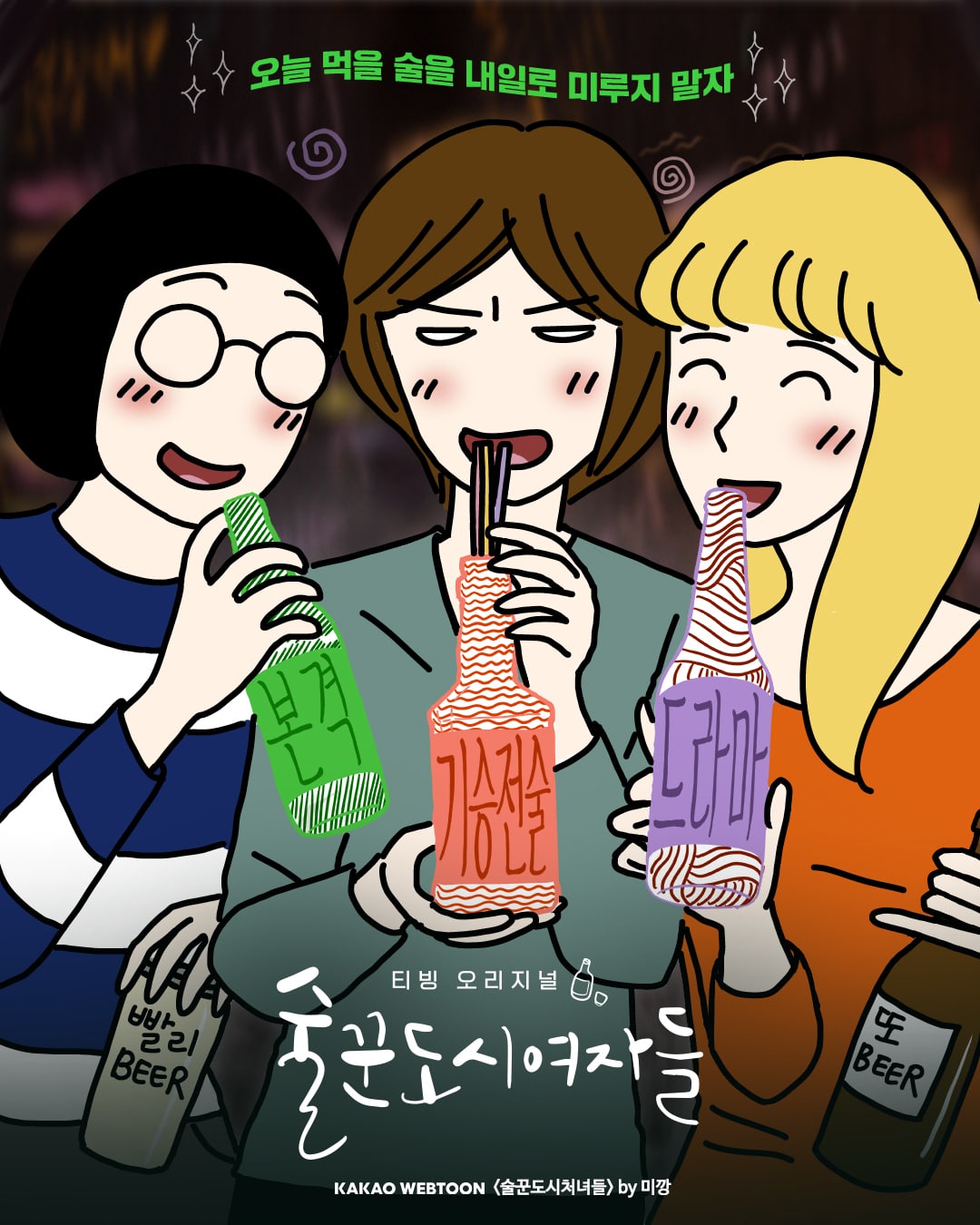 The relatable and touching story will premiere via TVING on October 22.

And Jung Eun Ji in “Untouchable” below!