Jung Ho Yeon made her acting debut in the hit Netflix series “Squid Game” and immediately grabbed the attention of viewers around the world. On October 1, she sat down for an interview with Herald POP and promised to continue growing as an actress.

“Squid Game” is about a mysterious survival game with a reward of 45.6 billion won (approximately $40 million) on the line. 456 money-hungry participants wind up joining the game—only to learn that there is more at stake than just the prize money. Jung Ho Yeon plays the North Korean defector Sae Byeok who has lived as a pickpocket to provide for her family. 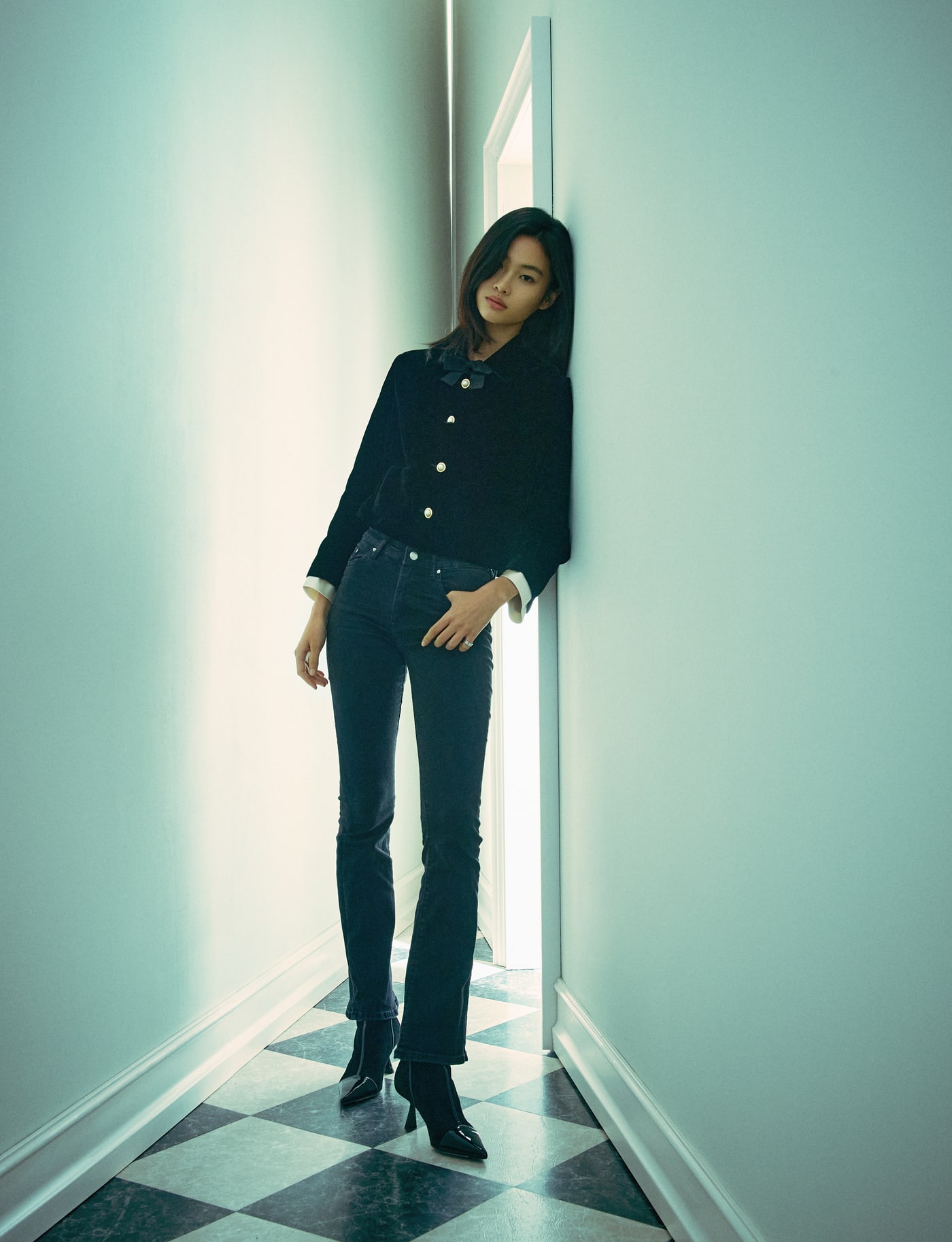 Regarding the audition process for the role, Jung Ho Yeon revealed, “It had been less than a month since I had signed with my agency, and I was in New York for Fashion Week, but I was asked to send an audition video as soon as possible. I had never filmed an audition video myself, so I remember pouring all of my energy into the script. I did my best for about three days. I didn’t even know how to approach acting, so I kept pondering over why Sae Byeok said what she said. After some time, I felt like I had gotten closer to Sae Byeok. I had forgotten about the video after I sent it over, but they suddenly told me they wanted to see me in person, so I quickly flew to Korea.”

At the in-person audition, Jung Ho Yeon was extremely nervous despite her many years of experience in front of the camera as a model. When she was told that she got the role, she felt that she “had gotten herself into trouble and felt a rush of pressure and fear.” She even had to stop drinking coffee because it made her heart pound too fast after she joined the “Squid Game” cast.

Even after the shoots began, Jung Ho Yeon’s anxiety did not subside. Sensing a crisis, the actress decided that something had to be done, and she asked the director if they could have a talk over a meal. She explained, “I think I wanted to feel certain about why he chose me. Then the director said to me, ‘I picked you because you’re already perfect as Sae Byeok.’ That one phrase made me think that even if I’m not that great at acting, it would be problematic if I’m not able to do what I normally can do because of my nervousness and uneasiness, and I was able to overcome it. I also spoke to my seniors a lot while filming. From a certain point on, I didn’t feel uneasy, and I could focus and do my best.”

To understand and portray her character Sae Byeok, Jung Ho Yeon kept a diary. “I focused on studying Sae Byeok’s inner thoughts. She’s an interesting person in that she lives for the sake of others, rather than herself. But I think my research was lacking in terms of methods of expression. I was also slow at absorbing the director’s directions. Then, I experienced actions coming out of me even when I wasn’t thinking about it, which made me feel like I had grown closer to Sae Byeok, and that was cool. I figured that’s what it felt like to live as a character. Because I’m lacking, what I focused on most was being sincere.” 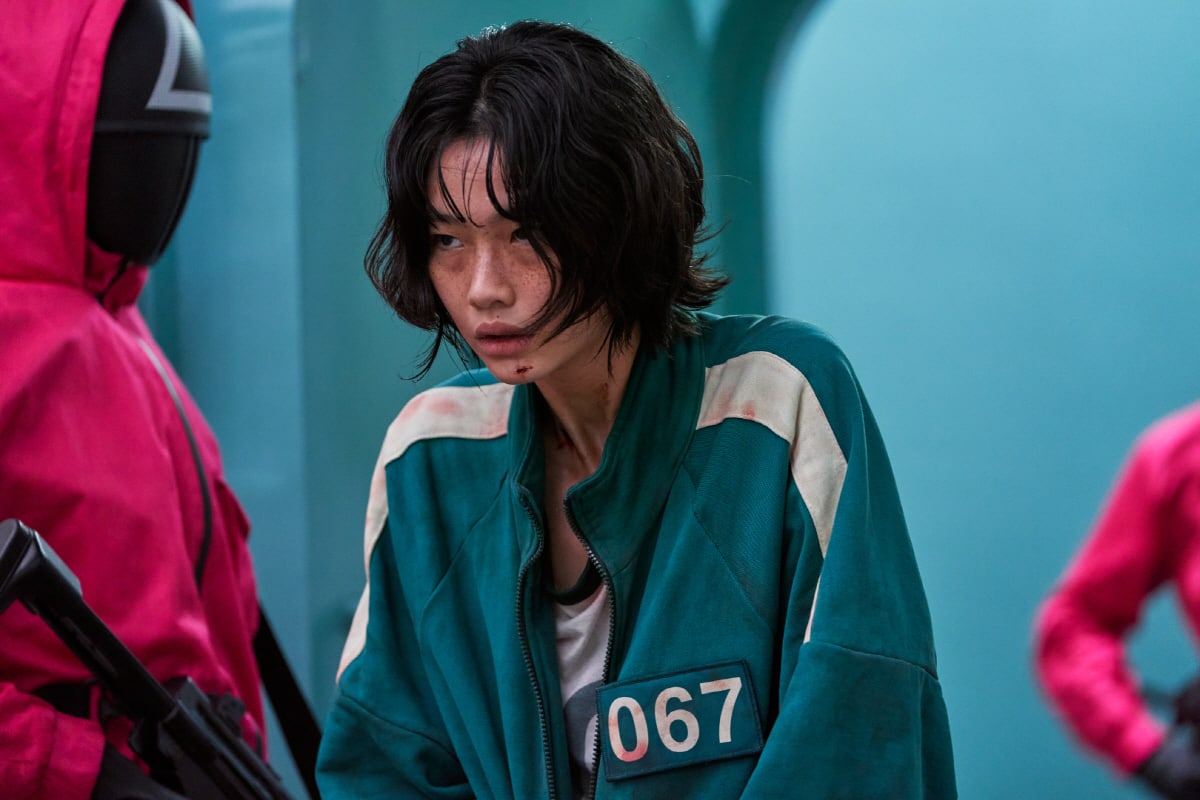 She said about her growing Instagram follower count, “In the beginning, I was very surprised as I checked in real-time. When I opened the app once, the number went up, and when I opened it again, it went up further. I thought that the love for ‘Squid Game’ was being reflected in numbers, like fate, and I was thankful. Just the fact that so many people around the world are showing their interest puts me in a good mood.”

The actress explained that the buzz around herself and “Squid Game” didn’t feel real until she started taking part in interviews with the press – especially because everything is happening online and she hasn’t had a chance to physically see her fans.

She shared, “I was in a call with Park Hae Soo the other day, and he said, ‘Let’s keep our feet on the ground.’ Whenever I feel overwhelmed, I live with the thought that my feet are on the ground. In terms of my acting, I think I was lacking in many ways. The director, senior actors, and staff put it all together for me, and I know that my personal skills are lacking. I’m thankful for all of the love people have been giving me despite that, and I will work harder in the future to improve.”

Asked about her goals, she commented, “I don’t have any goals as an actress. I want to improve every day and maintain a steady pace without ever losing my resolve to work hard. I may waver a lot, but I’ll work really hard and keep going.” 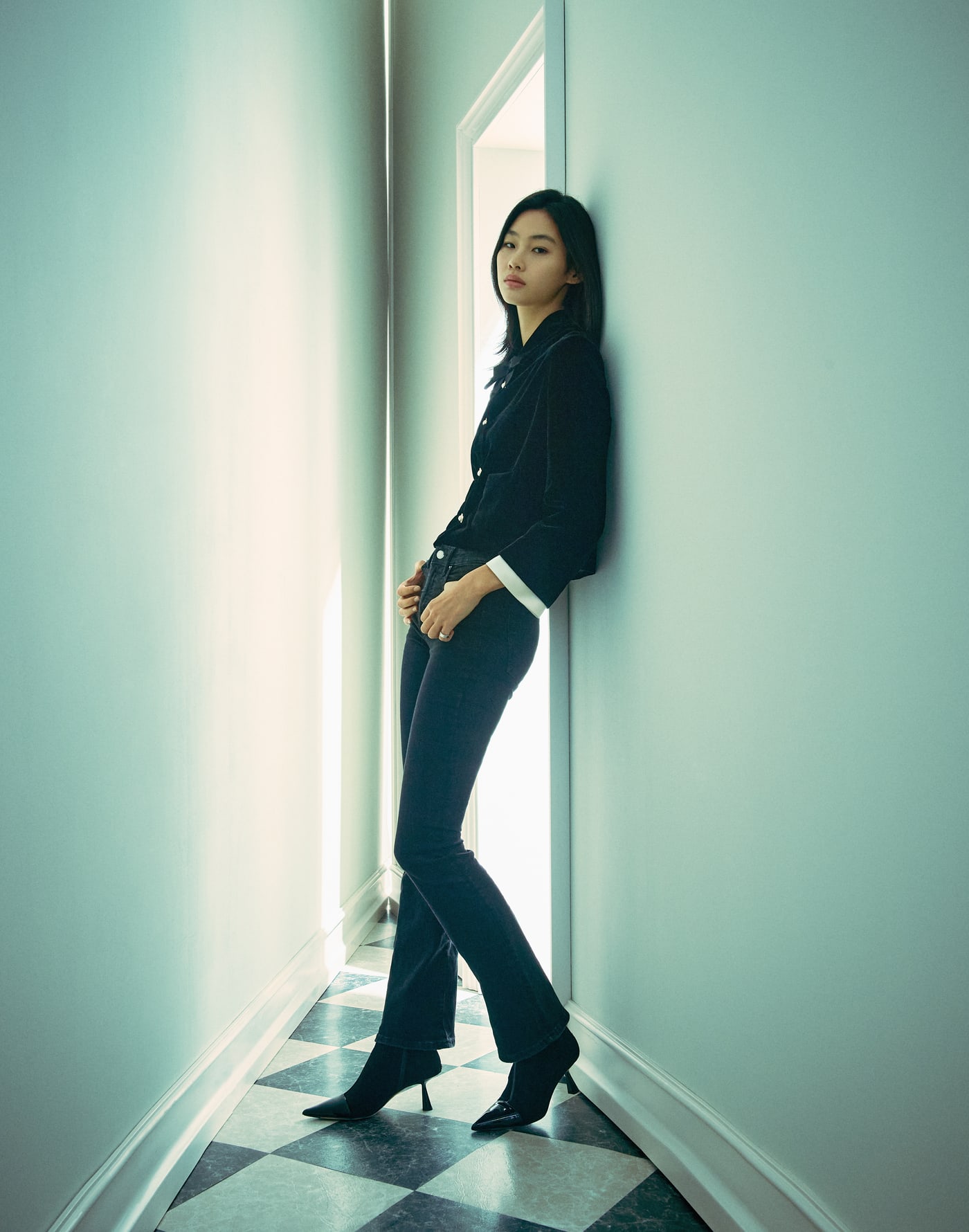 Jung Ho Yeon opened up about her boyfriend Lee Dong Hwi, whom she has been dating publicly since 2016. She revealed, “He’s very proud of the success of ‘Squid Game.'”

“Since he’s also an actor, he’s a good senior, a good friend, and a good person,” she commented, before adding, “He cheers me on a lot, and he worries for me as well. He’s sort of like a dad.”

Jung Ho Yeon is also known to be good friends with BLACKPINK’s Jennie, who sent a coffee truck to the set of “Squid Game” and even visited the set to cheer her friend on.

Jung Ho Yeon revealed that Jennie had congratulated her on the immense popularity of “Squid Game.” She shared, “Jennie was happy for me ever since I told her I was cast in ‘Squid Game.’ She sent me a coffee truck, and she actively cheered me on by even uploading to her social media.”

Sharing her gratitude for Jennie, Jung Ho Yeon said, “Jennie is always there on the list of people I’m grateful for while acting in ‘Squid Game.’ She congratulated me so happily, as if my joys were also her own, that I wondered how such an angel could exist.”