“One Ordinary Day” is a Korean remake of the BBC show “Criminal Justice.” In the upcoming version, Kim Soo Hyun will star as Kim Hyun Soo, an ordinary college student that is designated as a suspect in a murder case overnight. Cha Seung Won will star as Shin Joong Han, a low-class lawyer with no interest in the truth. The series will be directed by Lee Myung Woo, who previously led projects such as “Punch,” “Whisper,” and “The Fiery Priest.”

Kim Soo Hyun is expected to impress with his acting once again as he portrays the complex emotions and pain felt by someone whose everyday life becomes instantly destroyed as they become suspected of being a murderer.

The newly released stills capture Kim Hyun Soo before he is targeted as a murder suspect. Kim Hyun Soo is a typical college student who likes to hang out with his friends while dreaming of rebelling every now and then. His casual outfit and thick curly hair emphasize his youthful image. 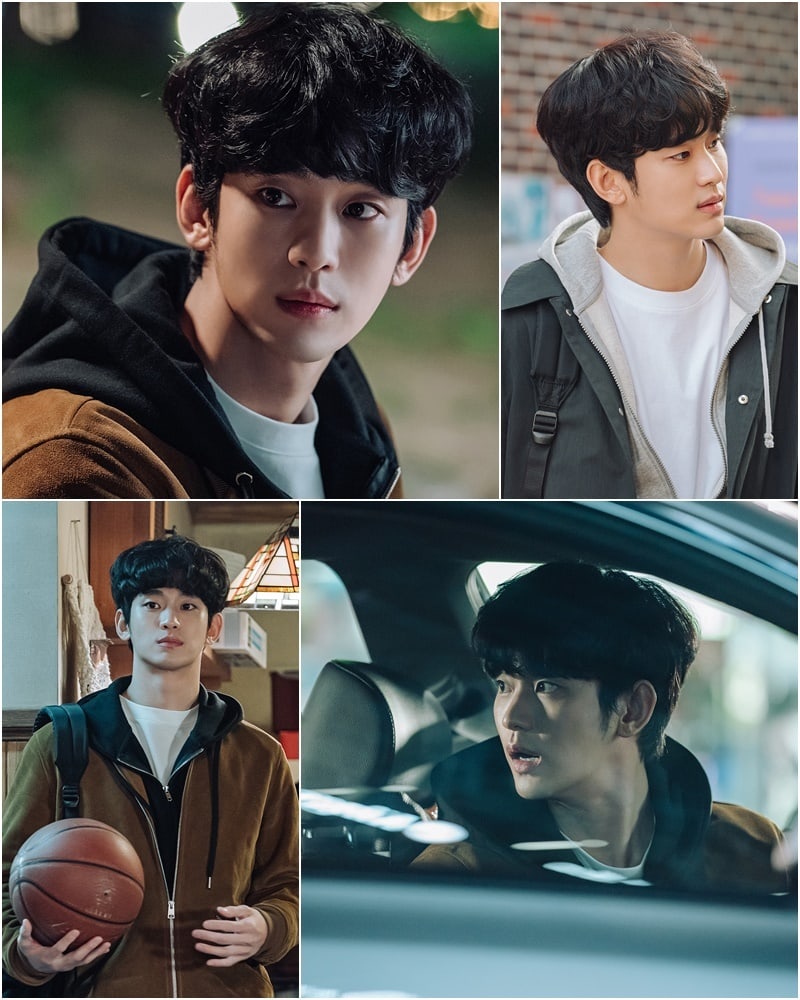 Kim Soo Hyun shared, “As an incident occurs in ‘One Ordinary Day,’ many forms of justice collide. I tried to portray Hyun Soo, who wants to survive in that place. I’m curious to see which form of justice everyone will empathize with. I hope you will keep watch like a member of the jury.”

The production team shared, “Kim Soo Hyun is a jewel-like actor at the center of ‘One Ordinary Day’ who makes the drama even more profound. Through the role of Kim Hyun Soo, Kim Soo Hyun will bring out the viewers’ emotions as he shows his diverse faces including everything from his bright side to his confused anger. Please highly anticipate ‘One Ordinary Day,’ where Kim Soo Hyun’s performance will stand out.”

“One Ordinary Day” will premiere in November. In the meantime, take a look at the teaser here!

Watch Kim Soo Hyun in “The Producers” below: