ONEUS has dropped an “Intro: Window” performance video for their comeback with “Blood Moon”! The video features Choi Ye Rim, who is a traditional Korean music artist.

Check out the epic video below!

ONEUS has shared a cool teaser schedule for their upcoming comeback with “Blood Moon”! 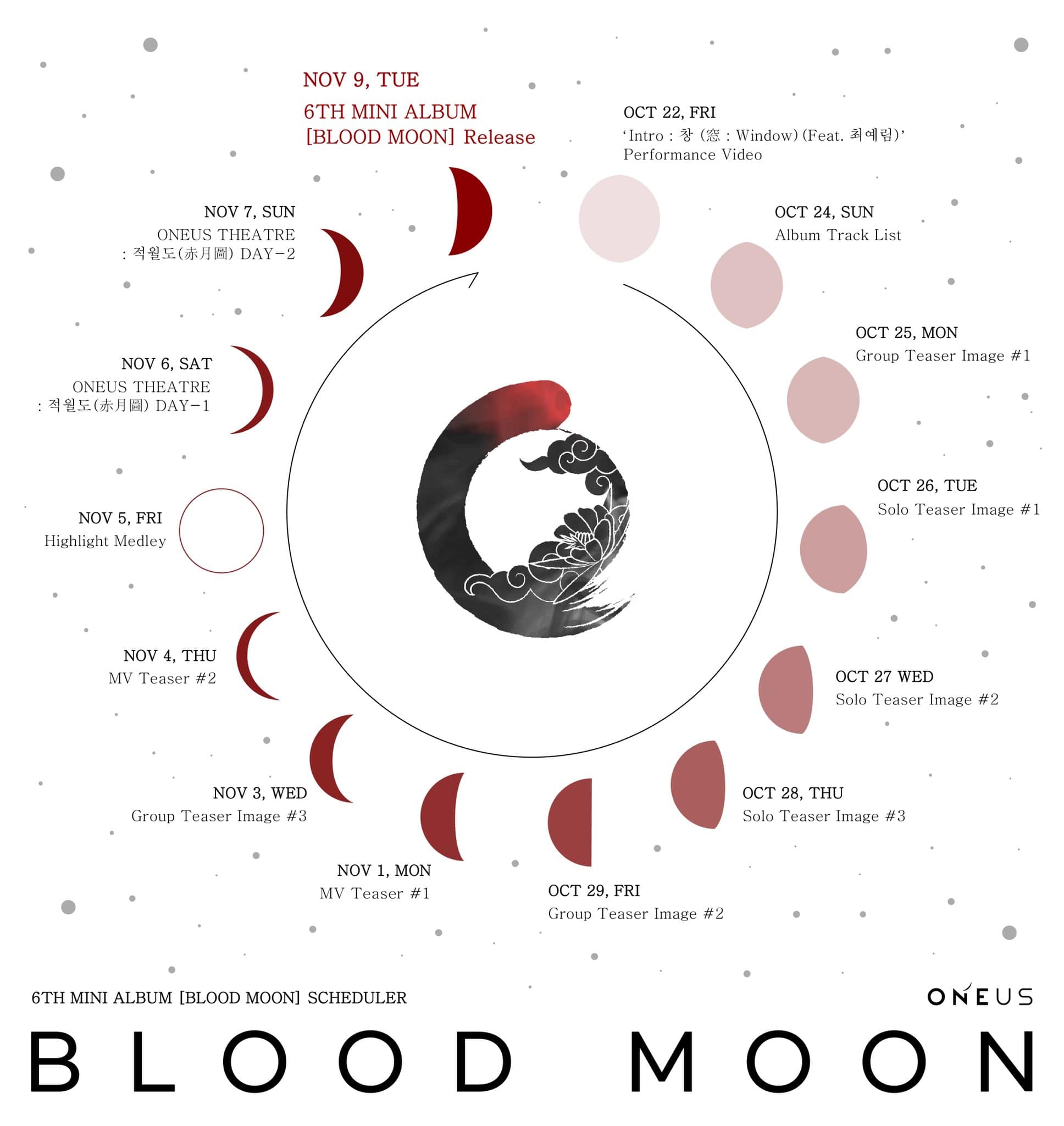 ONEUS has revealed details about their upcoming comeback!

ONEUS will make their return with their sixth mini album “Blood Moon” on November 9 at 6 p.m. KST.

ONEUS is making their return!

On October 5, a source from RBW revealed, “ONEUS is officially making their comeback with a new album next month. It is an album that will be the climax of their solid storyline. We have worked hard for a long time to complete the album, so please show lots of interest and anticipation.”

Earlier, ONEUS shared a motion logo teaser on their official social media channels to announce their comeback along with an upcoming solo concert that will be taking place on November 6 and 7.

ONEUS last made their comeback in May with their fifth mini album “BINARY CODE” and accompanying title track “BLACK MIRROR.”

Are you excited for ONEUS’s comeback and concert?