Han So Hee, Ahn Bo Hyun, And More Talk About “My Name” Action Scenes, Why They Joined The Drama, And More

The cast of “My Name” talked about the upcoming series at their press conference!

The Netflix original series “My Name” will tell the story of Yoon Ji Woo (played by Han So Hee), a woman who joins an organized crime ring and, under their direction, infiltrates the police as an undercover agent in order to learn the truth behind her father’s death. Ahn Bo Hyun will star as Jeon Pil Do, a police detective who becomes Yoon Ji Woo’s partner when she joins the force.

Director Kim Jin Min commented, “It’s a story of one person’s revenge. It’s an action story of the main character Han So Hee diligently walking the road of revenge while meeting various people and finding her own path.”

Regarding how she came to choose this project, Han So Hee shared, “I could see the desperation in the script of someone having the one goal of revenge and only working towards that one goal. I thought it was a genre that I hadn’t experienced yet where I would have to use my body to express emotions. That’s why I read it enjoyably and had the thought that I wanted to try it.”

Ahn Bo Hyun expressed his admiration for the show’s director and explained, “I had so much fun watching ‘Extracurricular’ that I became a fan of the director. I read the script and fell in love.” He continued, “I wanted to one day do an action noir and I finally came to do one.”

After Ahn Bo Hyun revealed that he gained weight to convey the dependability of his detective role, Jang Ryul explained that he lost 10 kilograms (approximately 22 pounds) for his. He elaborated, “I’m already thin so losing weight isn’t easy but it was so hard. I thought that the character of Do Kang Jae that I imagined while reading the script was so different from my image before filming. I wanted to achieve the image of a knife with a razor sharp edge so I think it was like that because I was mindlessly dieting. Ahn Bo Hyun taught me about diets and exercise methods so I received a lot of help.” 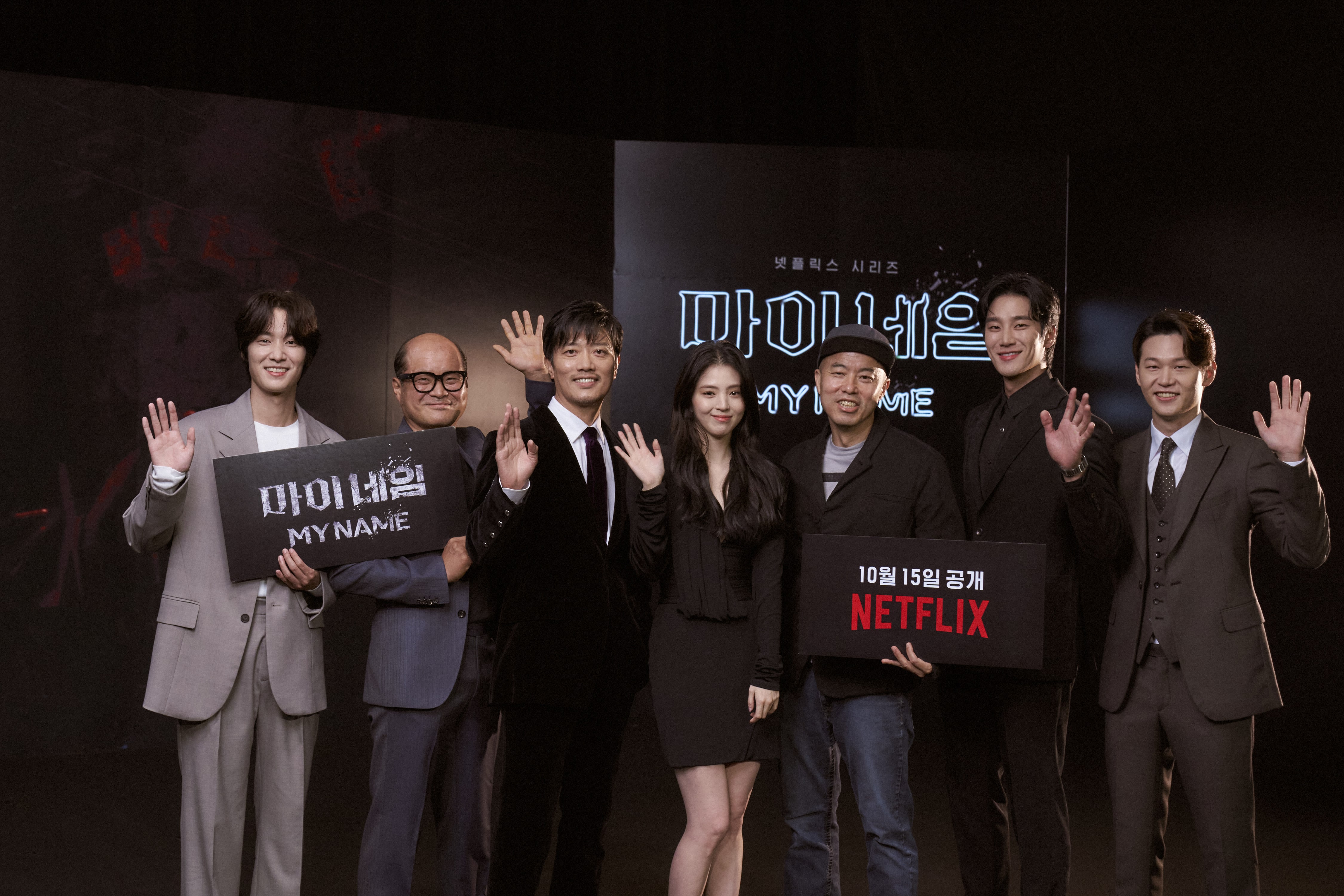 As this is Han So Hee’s first action project since debuting, the actress commented, “At first, I took my modest vigor with me to action school and received lessons for a day but I thought, ‘I’m going to fail the moment I try to pull a trick.’ I figured that no matter what, I had to invest a lot of time. I felt a lot of pressure because it’s my first time, but also because I’m not alone and I have to coordinate with someone else to create one movement. I was also careful in case I got hurt. It was hard.”

Hearing this, Park Hee Soon chimed in, “All the actors had a lot of action scenes. Apart from Kim Sang Ho, the four male actors practiced for two months before filming. Han So Hee began practicing one month before us.”

Director Kim Jin Min shared his praise for Han So Hee as he commented, “An actress appeared who wanted to do it and said she would, and I believe that her keeping that promise became her power.”

He continued, “For actors, your appearance and characteristics set a lot of limits for you. I always think of that limit as potential. Actors breaking through that limit on their own becomes potential. If you settle with your potential, that becomes a limit. I asked her two things, ‘Do you want to do it?’ and ‘Are you going to practice?’ Without a second of hesitation, she said she wanted to do it. It’s not easy to personally say that to the director.”

The director added, “There will be so many opportunities to play beautiful characters. However, opportunities to throw around your body in a project like this will not come easily. I am most thankful to Han So Hee.”

Start watching Han So Hee in “100 Days My Prince” below!