For the second consecutive week, tvN’s “Hometown Cha-Cha-Cha” topped Good Data Corporation’s list of dramas that generated the most buzz. The company determines each week’s rankings by collecting data from news articles, blog posts, online communities, videos, and social media about dramas that are either currently airing or set to air soon.

Along with “Hometown Cha-Cha-Cha” being the No. 1 buzzworthy drama this week, the drama’s stars continued to rank high on the list of buzzworthy actors with Kim Seon Ho at No. 2 and Shin Min Ah at No. 3.

SBS’s “One the Woman” came in as the No. 2 most buzzworthy drama, and Honey Lee broke Kim Seon Ho’s and Shin Min Ah’s impressive five-week-long streak at the top of the list to become the No. 1 buzzworthy actor. Honey Lee’s co-star Lee Sang Yoon rounded out the list at No. 10.

SBS’s “Lovers of the Red Sky” also created more buzz this week, landing the No. 3 spot among buzzworthy dramas. The show’s cast similarly climbed the actor rankings with Ahn Hyo Seop at No. 4 and Kim Yoo Jung at No. 5. Gong Myung rose 24 slots to take the No. 8 spot.

tvN’s “Yumi’s Cells” continued to defend its position as the No. 4 most buzzworthy drama with Kim Go Eun at No. 7 and Ahn Bo Hyun at No. 9 on the list for actors. MBC’s “The Veil” followed closely behind at No. 5 with the show’s lead Namgoong Min as the No. 6 most buzzworthy actor.

Finally, the upcoming tvN drama “Jirisan” starring Jun Ji Hyun and Joo Ji Hoon entered the buzzworthy dramas list at No. 10 ahead of its October 23 premiere.

The top 10 dramas that generated the most buzz in the fifth week of September are as follows: 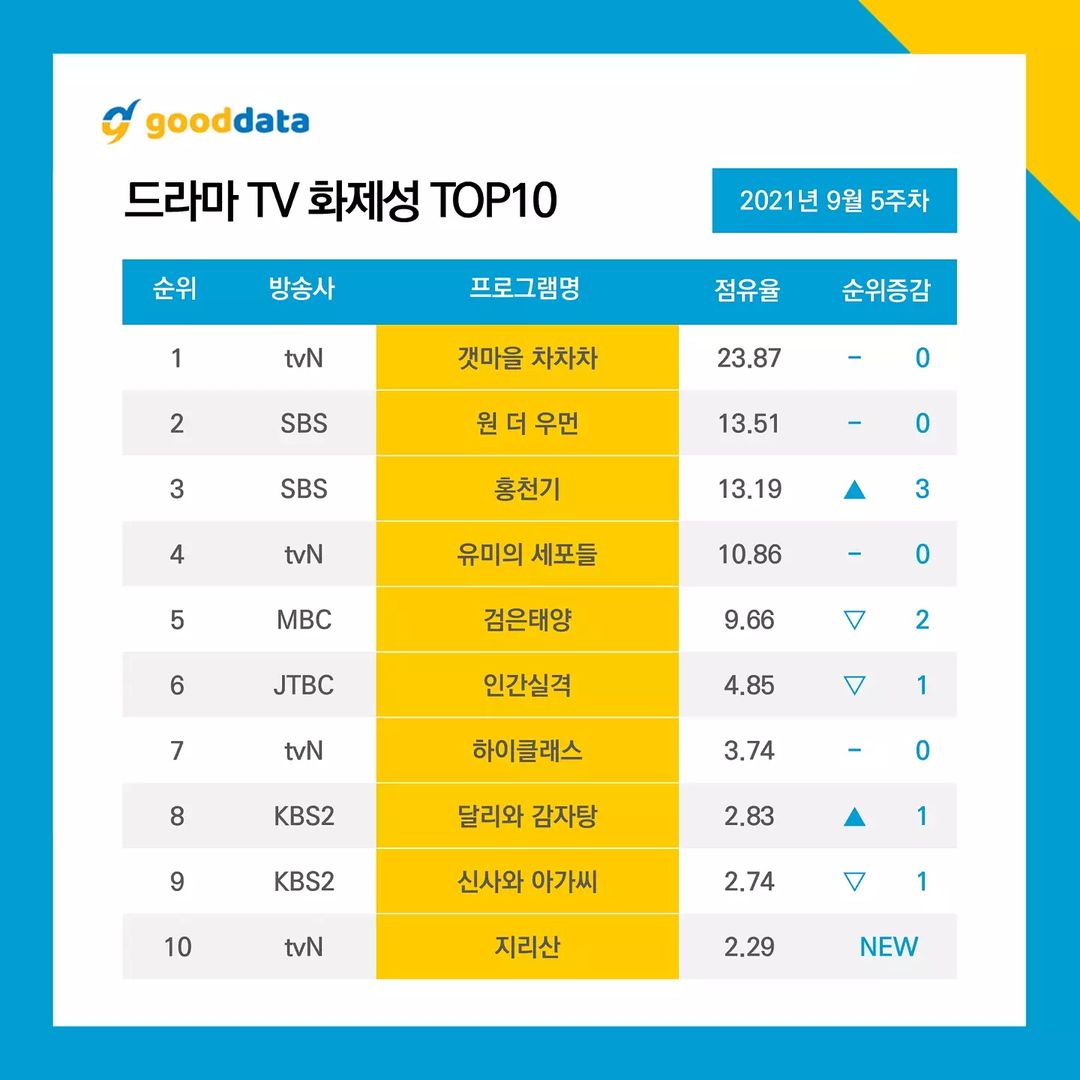 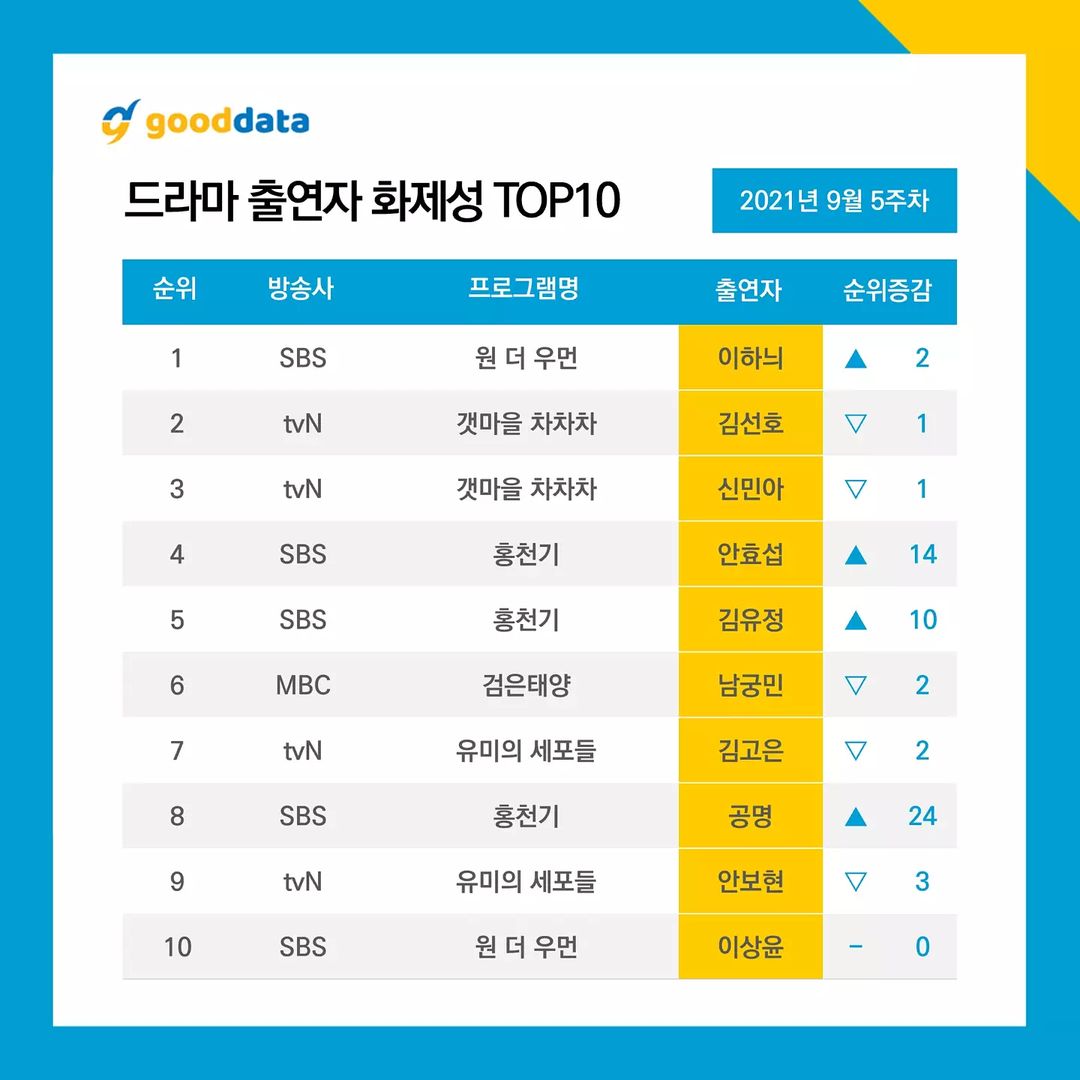 …and “Lovers of the Red Sky” here…