“Secret Royal Inspector & Joy” is a new historical comedy drama starring 2PM’s Taecyeon as Ra Yi Eon, a young gourmand who is appointed a royal secret inspector (a government official who travels undercover to local provinces to inspect them and uncover corruption) against his will. Kim Hye Yoon will star as Kim Jo Yi, a divorced woman searching for happiness who winds up joining forces with him to investigate and battle corruption.

Although Ra Yi Eon possesses a brilliant mind that lands him a coveted government official position, he is completely uninterested in his job and would much prefer to spend his days eating and lazing around at home. Although the prestigious title of royal secret inspector is something that others would kill for, Ra Yi Eon falls into despair when his peaceful life is turned upside down by his unexpected appointment.

Meanwhile, the poster’s caption playfully promises a “crazy and chaotic investigation show that will shake up the entire nation.” 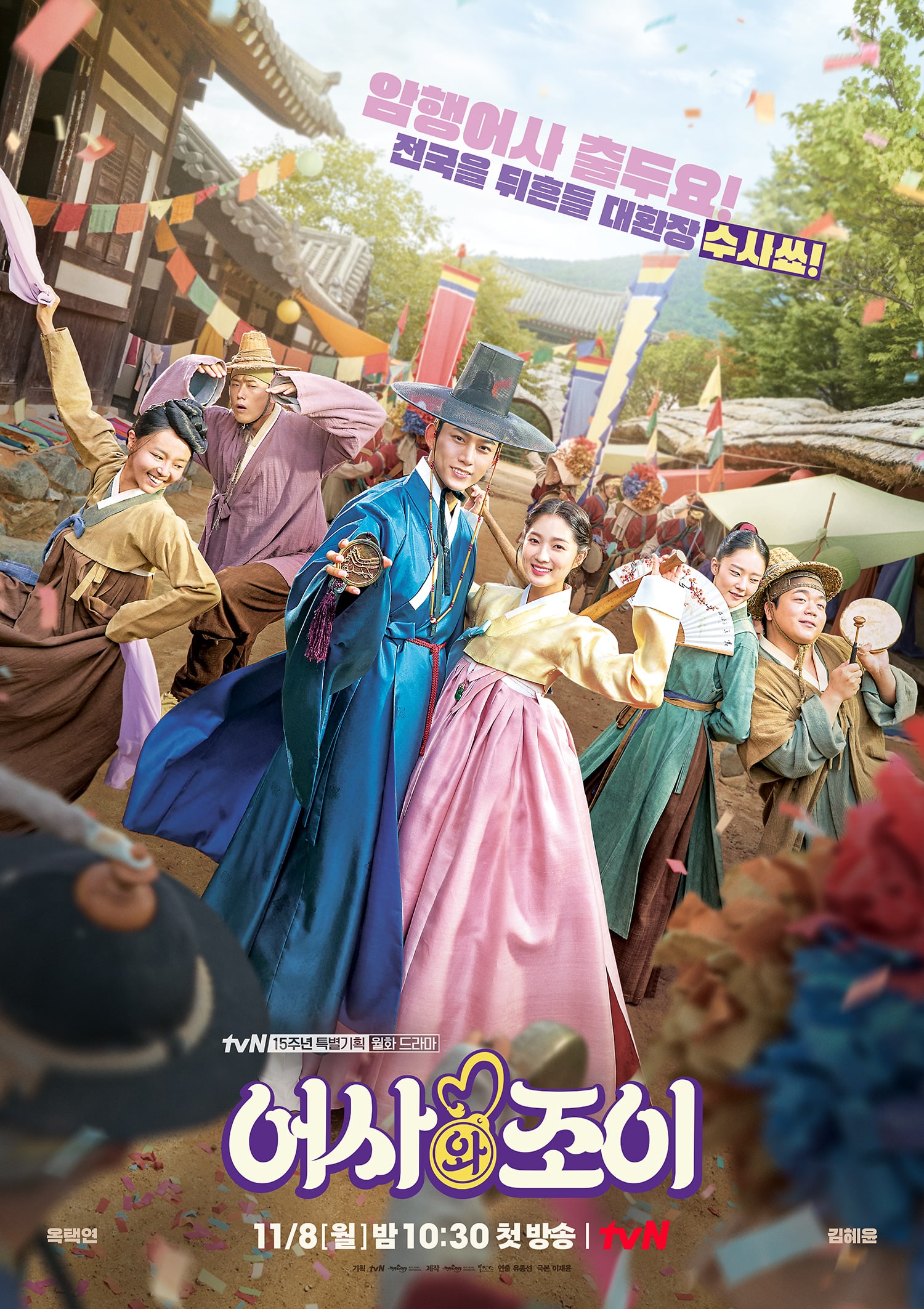 The producers of “Secret Royal Inspector & Joy” teased, “The chaotic arrival of this bumbling royal secret inspector and his crew that will face off against corrupt officials will deliver laughter that’s on another level.”

“The chemistry and banter of these dependable actors will add to the fun of the story,” they continued. “Please look forward to seeing new charms of Taecyeon and Kim Hye Yoon, who are taking on the challenge of their first historical drama, as well as their delightful comedic synergy.”

“Secret Royal Inspector & Joy” premieres on November 8 at 10:30 p.m. KST and will be available with subtitles on Viki. Check out a teaser for the drama here!

While you wait for “Secret Royal Inspector & Joy,” watch Taecyeon in “The Game: Towards Zero” below…

…and Kim Hye Yoon in “Extraordinary You” below!