A group teaser image has been released for TWICE’s “Formula of Love: O+T=<3”! 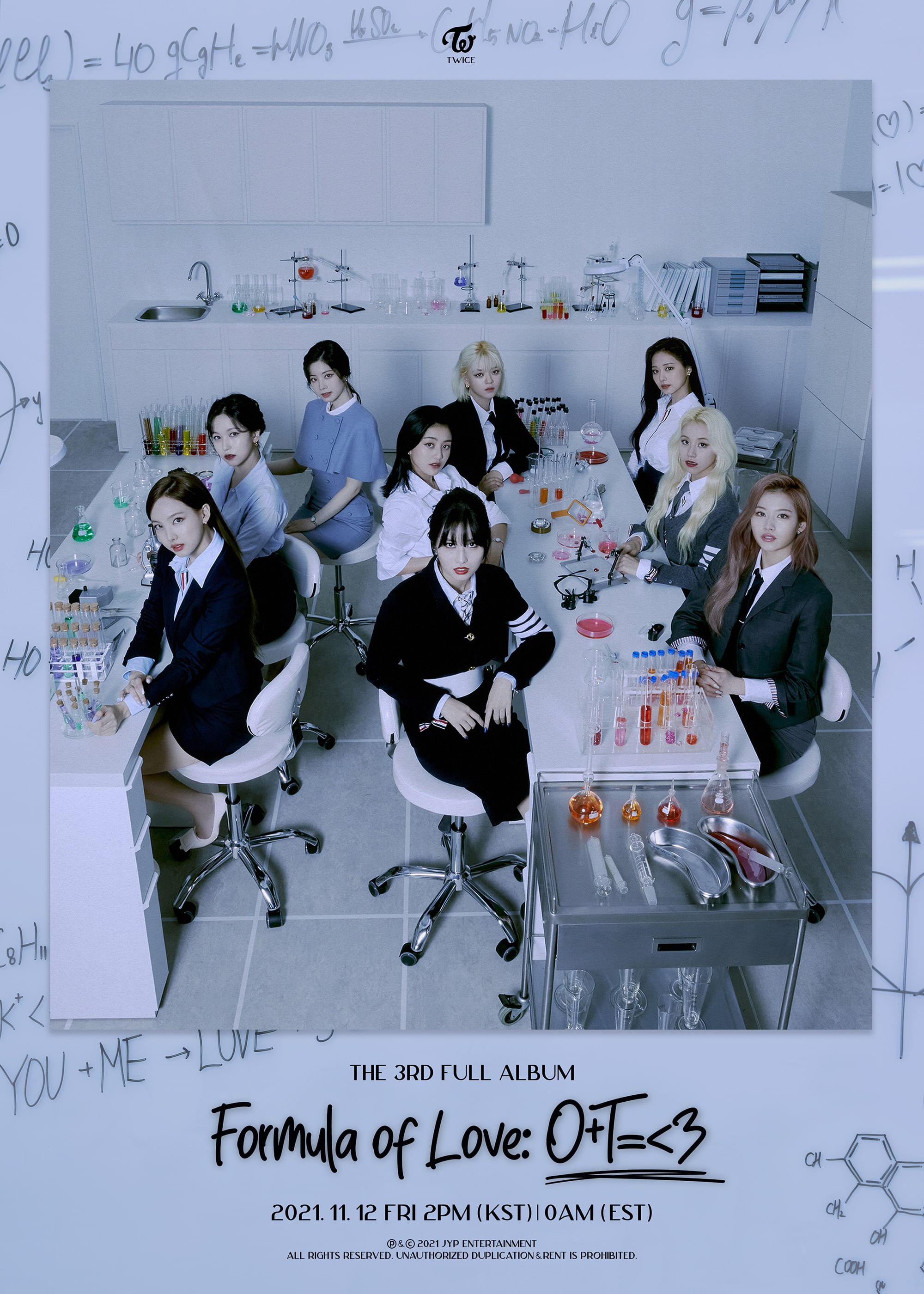 The first teaser has been revealed for TWICE’s upcoming comeback!

Last week, TWICE hinted at their upcoming comeback with a full album through the music video for their English single “The Feels.”

On October 8, a teaser image was released announcing “Formula of Love: O+T=<3” as the title of their third full album. 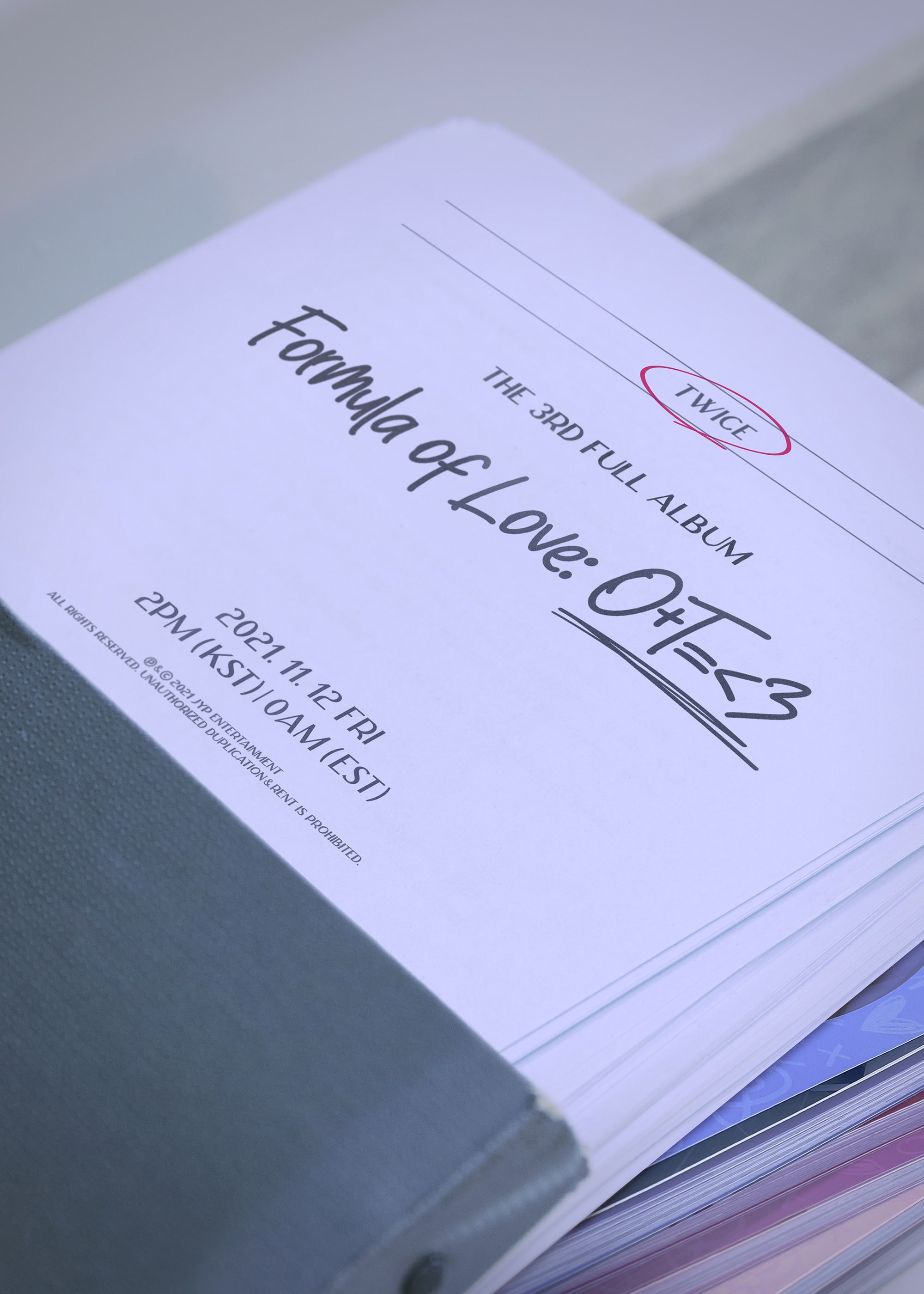