The new special kicked off with a “business meeting” at the Han River. At the start, Yoo Jae Suk explained why Jun So Min was not present for this opening segment. “Two days ago, there was a case of COVID-19 on her drama set,” he said. “Jun So Min tested negative, but the epidemiological survey is still in progress, so she’s waiting at home for now to see if she needs to self-quarantine.”

HaHa joked, “To be honest, everyone except for Yoo Jae Suk is not in great condition today.” Yoo Jae Suk agreed and said, “Yang Se Chan is also tired today because he recently got the Moderna vaccine. I’m the only one who is perfectly fine.” 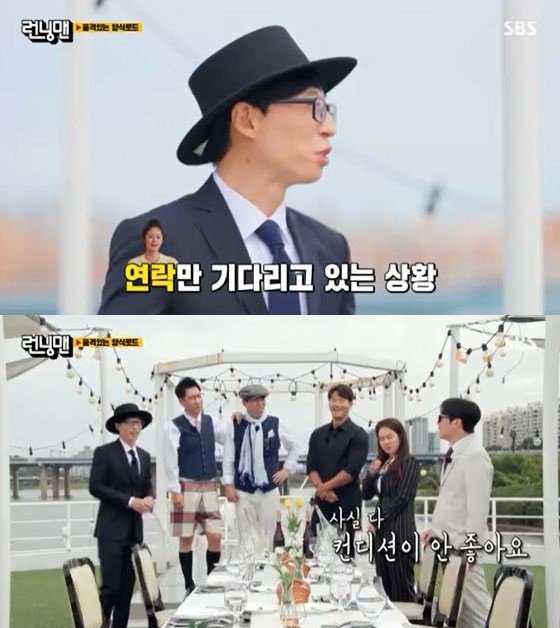 Later, the cast played a game in which they had to choose whether to “acknowledge” or “not acknowledge” a statement. The cast has played versions of this game before, but this time, the production staff requested that viewers send in their own suggestions and got over 7000 responses.

In response to the statement, “I really think that Song Ji Hyo is incredibly cute,” Kim Jong Kook sighed and replied in exasperation, “Yes, she’s cute. She’s round and cute. She also acts cute. I was really surprised when she danced to ‘Rollin.’ I think her character has gotten cuter recently.”

Kim Jong Kook was also asked if he had ever dated someone he had met on a variety show before, which he did not acknowledge as true. 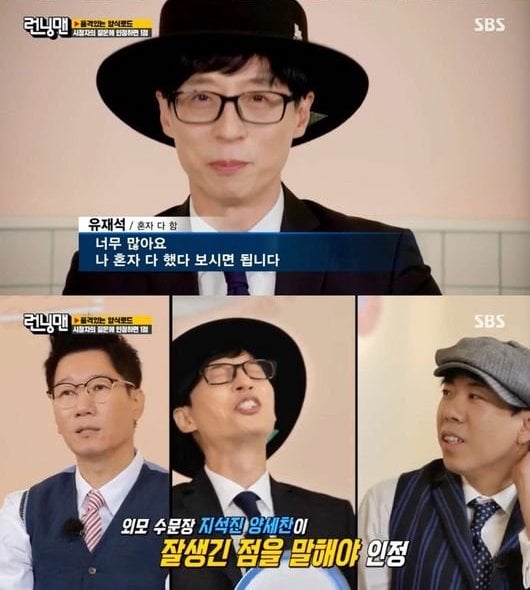 Similarly to Kim Jong Kook, Song Ji Hyo was asked if Kim Jong Kook was her ideal type and if she had ever sincerely felt fluttered because of him. She acknowledged the statement and said, “He’s dependable, takes good care of me, and he eats well.” Kim Jong Kook wanted to hear more of what she’d say next, but Yoo Jae Suk quipped, “If you want to hear more, just call her.” 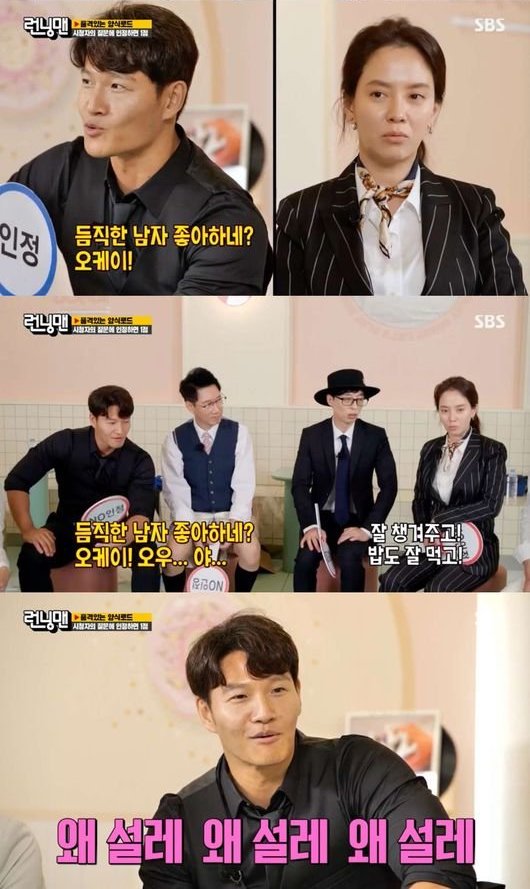