During her latest TV appearance, Sunmi opened up about her family.

On the October 10 episode of SBS’s “My Little Old Boy,” Sunmi made a guest appearance as a special MC. During the broadcast, the singer mentioned that she has two younger brothers and commented, “What is so admirable of them is that because they’re so nice, they didn’t tell anyone around them [I was their sister] in case it would make things hard for me.”

When asked about her siblings’ responses to that question, Sunmi answered, “They’re so kind. I don’t think they have money. Isn’t that the age where even if you have some, it’s not enough? What is so commendable is that they say, ‘No, I have money. Don’t worry, you just eat more yummy food.’ Even though I’m an older sister who can give her younger siblings spending money.” 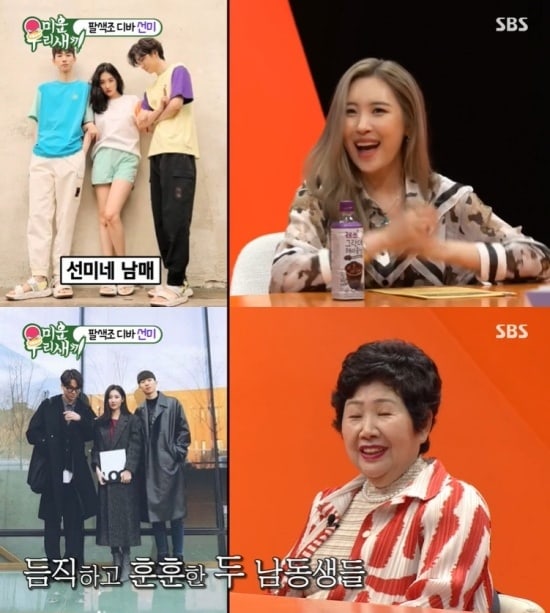 Sunmi also spoke about her biological father, who passed away shortly before her debut with Wonder Girls. She explained, “My father was very ill ever since we were young. I was his caregiver, and so was my younger brother for a long time. It was that kind of situation when I moved to Seoul to become a trainee, and that’s when he passed away. I couldn’t be at his side. I received a letter from him, and it said, ‘Please be born as my daughter in our next life too.'”

She added, “I moved to Seoul to try and support my family, but I felt a lot of guilt that I couldn’t be there at such an important moment that will never happen again.” 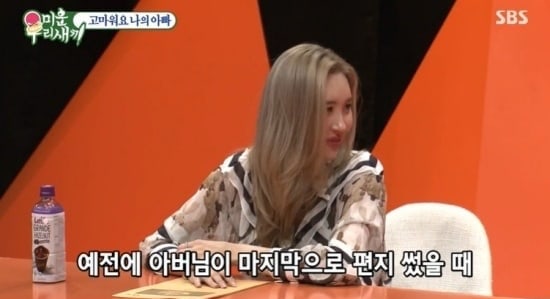 Sunmi then continued, “After sending him off, while my father who passed away is still my father, I also have a stepfather now. I’ve now spent more time with my new father [than I did with my biological father]. Something I want to tell my father is that while we don’t share a drop of blood, he raised us three siblings so well. I am so, so thankful for that.”

She added, “My mom and dad will probably see this so, Dad, thank you so much. I love you.” 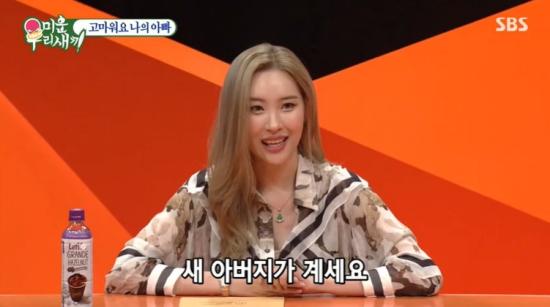 At another point in the show, host Seo Jang Hoon commented that he thought Sunmi would enjoy going out and was surprised to hear that she was a big homebody. Sunmi shocked him by revealing, “One time, I didn’t leave the house for around a month. I was basically in home confinement, even though I did nothing wrong.”

Watch full episodes of “My Little Old Boy” with subtitles below!

Sunmi
My Little Old Boy
How does this article make you feel?