Gaon Chart has revealed its chart rankings for the week of October 3 to October 9!

aespa topped this week’s physical album chart with their first mini album “Savage,” which debuted at No. 1. 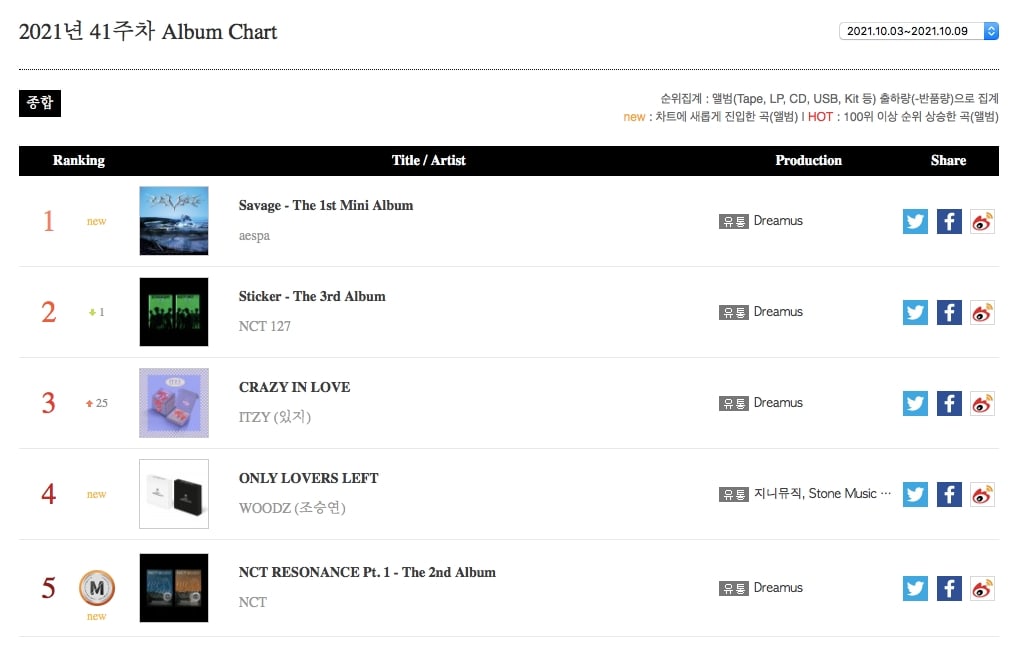 WOODZ’s latest title track “WAITING” debuted at No. 1 on the digital download chart, followed by Lee Chan Won’s “Cheer Up” at No. 2.

aespa’s new title track “Savage” made its debut at No. 3, trailed by BTS and Coldplay’s collaboration single “My Universe” at No. 4. 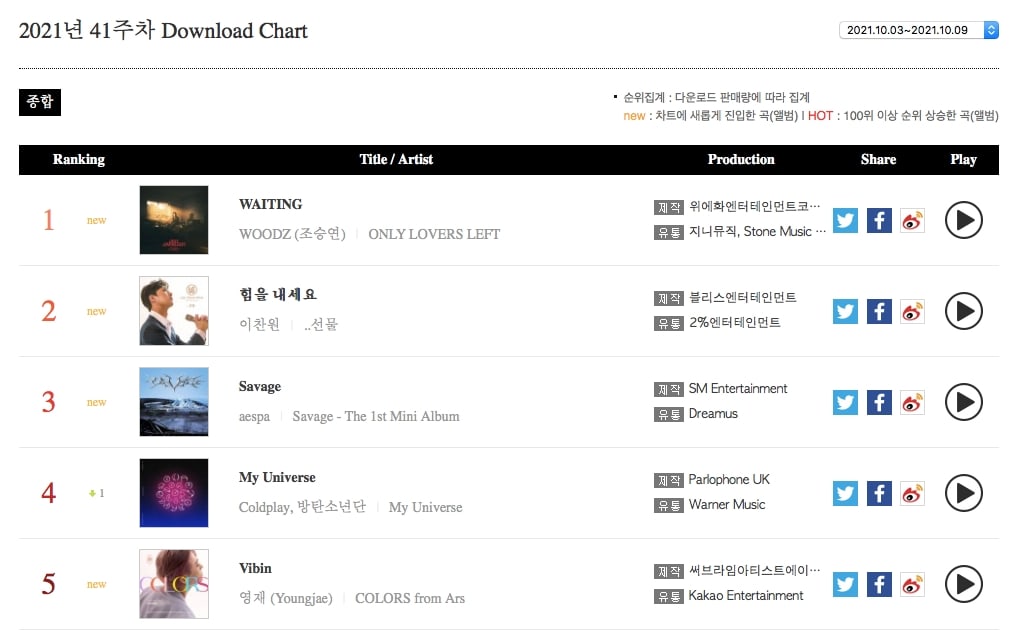 The Kid LAROI and Justin Bieber’s hit song “STAY” held onto its spot at No. 1 on this week’s overall digital chart, while Lee Mujin’s “Traffic Light” rose to No. 2.

BTS and Coldplay’s “My Universe” stayed strong at No. 3, while aespa’s “Savage” debuted at No. 4 and AKMU’s “NAKKA” (with IU) rounded out the top five for the week. 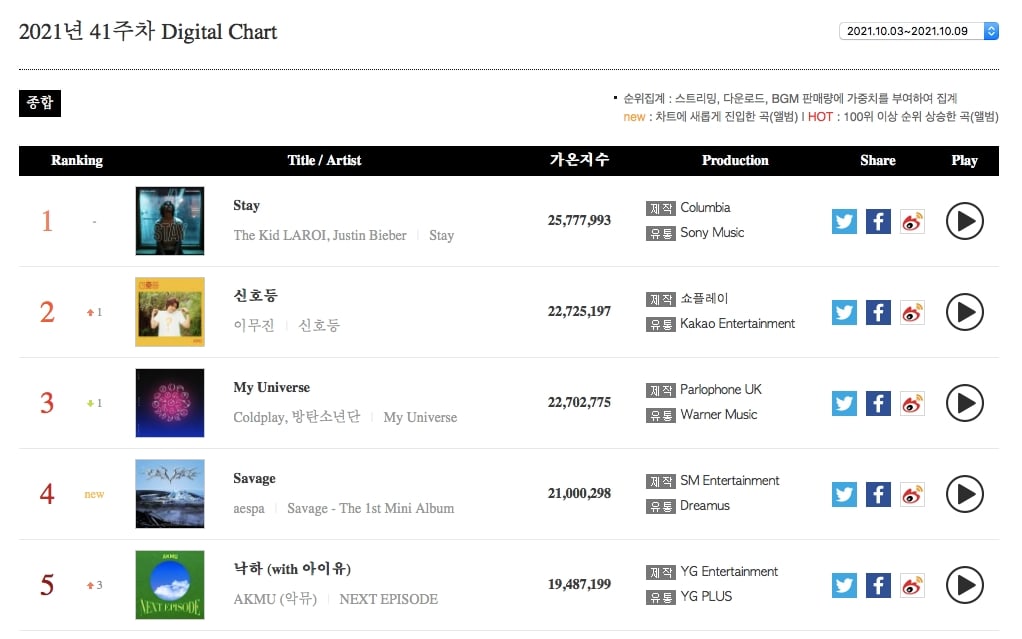 The Kid LAROI and Justin Bieber’s “STAY” also continued to top the streaming chart this week, while Lee Mujin’s “Traffic Light” held onto its spot at No. 2. BTS and Coldplay’s “My Universe” similarly maintained its position at No. 3, followed by AKMU and IU’s “NAKKA” at No. 4. Finally, aespa’s smash hit “Next Level” stayed strong at No. 5. 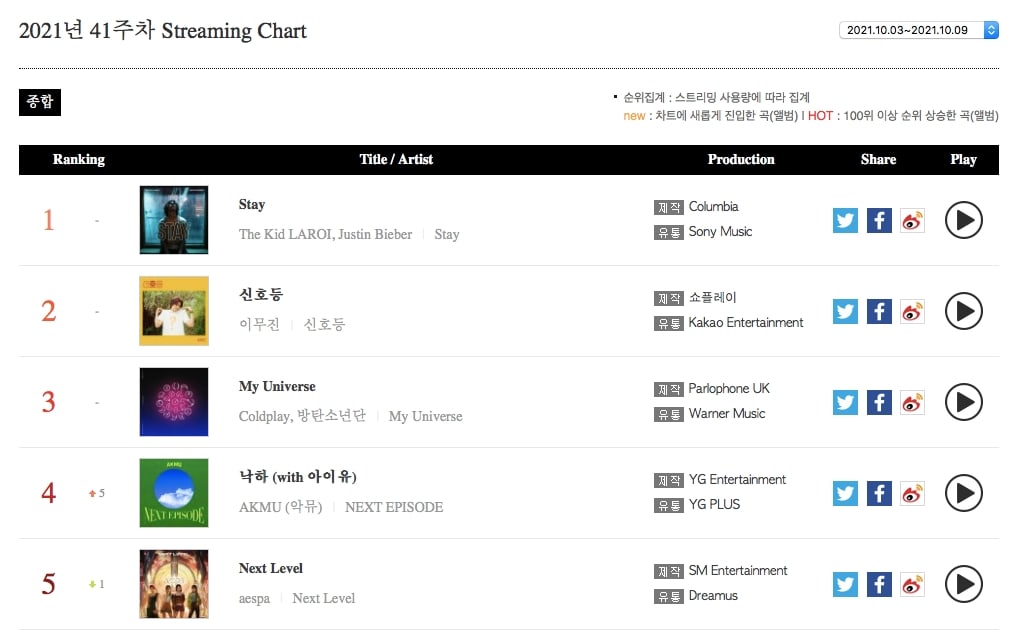 BTS continued their reign at No. 1 on Gaon’s Social Chart 2.0 this week, while BLACKPINK and BLACKPINK’s Lisa maintained their respective positions at No. 2 and No. 3.

BOL4 rose to No. 4 this week, while aespa climbed up the rankings to round out the top five. 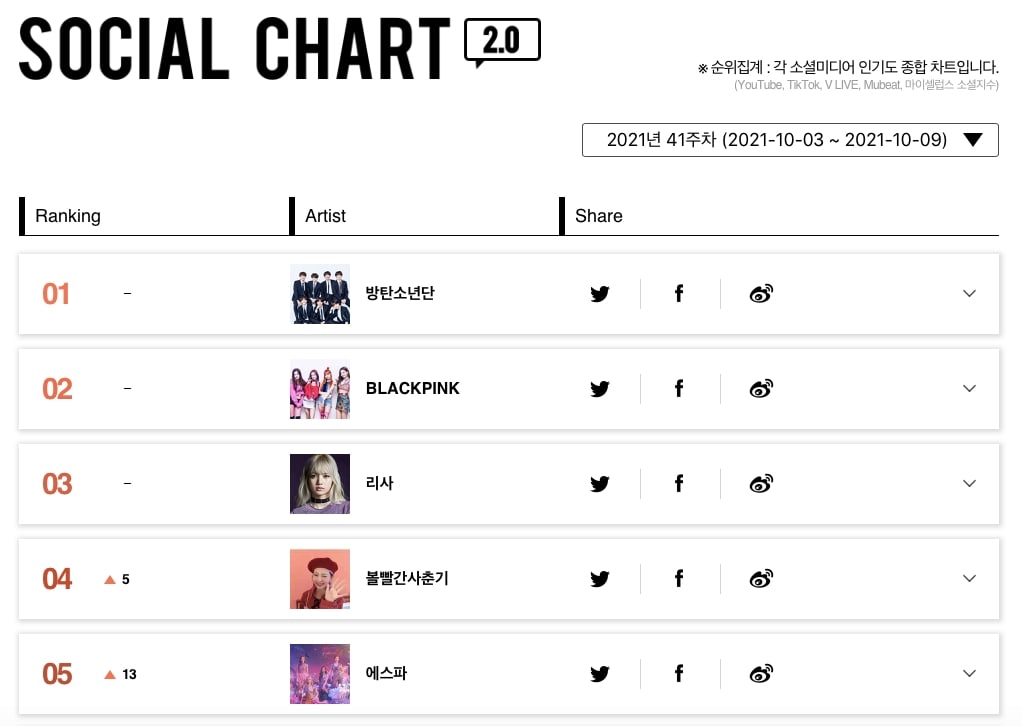