“Sponsor” is a romance thriller about the scandalous love affairs between two men and two women. These four adults will do whatever it takes to get what they want, and they’ll personally set out to find a sponsor that will fill their desires.

Lee Ji Hoon will play Lee Sun Woo, a photographer and editor of a famous magazine. Lee Sun Woo has a gentle image with a soft smile that can melt people’s hearts, but he’s a figure who is seething with a desire for revenge deep within. Lee Ji Hoon will go back and forth from a sweet gentleman to a cold-hearted man to portray Lee Sun Woo’s secret backstory.

Han Chae Young will take the role of Han Chae Rin, the wealthy and beautiful CEO of a beauty product company. Although she doesn’t appear to lack anything, Han Chae Rin is lonely on the inside and continuously craves love. Viewers are curious to find out what commotion she’ll create at the center of the complex relationships as she becomes engulfed by a secret desire.

Ji Yi Soo will play rising star Park Da Som, an ambitious character who will do anything for success. At the same time, she struggles to protect her son who has rare disease. Goo Ja Sung will star as Hyun Seung Hoon, an aspiring model and Park Da Som’s husband. Struggling with poverty while having a son with a rare disease, Hyun Seung Hoon despairs at his reality, but he fatefully begins to see a ray of hope when he falls to the lowest point in his life. Caught between family and success, he’ll make unpredictable choices.

With a camera in hand in his new stills, Lee Ji Hoon transforms into top photographer Lee Sun Woo, who focuses on his work with a leisurely smile that conveys his great experience as a photographer. Lee Sun Woo also exudes a pure vibe, making viewers wonder what waves he’ll create in the fierce romance story and how he’ll pursue his cruel revenge. 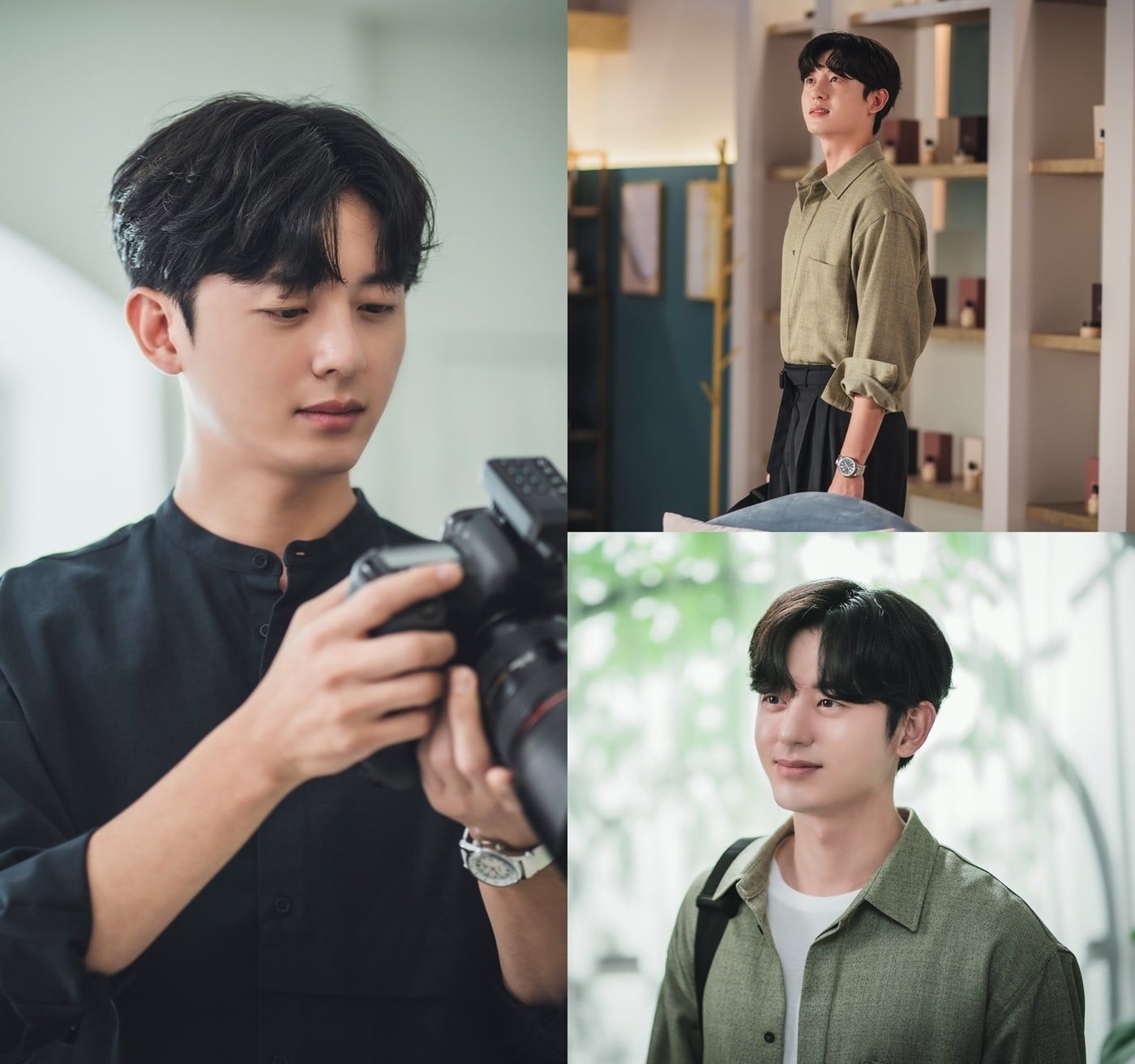 The production team of “Sponsor” shared, “Lee Ji Hoon added his own colors to the character of Lee Sun Woo with his ability to go back and forth from being warm to cold-hearted. Please check through ‘Sponsor’ the great charm actor Lee Ji Hoon has yet to display as well as his portrayal of Lee Sun Woo’s secretive story.”

“Sponsor” will premiere on November 29 and air every Monday and Tuesday at 10:30 p.m. KST.

In the meantime, watch Lee Ji Hoon in “River Where the Moon Rises” below: