SBS’s “Lovers of the Red Sky” has come to an end, and the main cast looked back on the drama as they shared their closing remarks!

Based on the novel of the same name, “Lovers of the Red Sky” is a historical fantasy romance drama starring Kim Yoo Jung as the Joseon dynasty’s only female painter Hong Chun Gi, who was born blind but miraculously regains vision. Ahn Hyo Seop stars in the drama as blind astrologer Ha Ram, who is able to read the stars despite losing his sight, while Gong Myung stars as the romantic and free-spirited Prince Yangmyeong, a lover of the arts who falls for Hong Chun Gi. Kwak Si Yang plays Prince Juhyang, who strives for power.

For all eight weeks of its run, SBS’s “Lovers of the Red Sky” topped viewership ratings for Monday-Tuesday dramas and set a personal record with its finale.

Months before filming began, Kim Yoo Jung prepared for her role by practicing Korean painting, and her efforts were evident in her incredible portrayal of Hong Chun Gi. The star commented, “We filmed starting from the cold winter, through spring, and into the hot summer, and we finished in fall, which suits ‘Lovers of the Red Sky’ well. I think ‘Lovers of the Red Sky,’ with which I spent all four seasons, will always remain in my memory.”

She continued, “Like ink melts into paper, I hope our drama melts into your hearts and is remembered for a long time. I want to say thank you to everyone who was with me for this precious project and worked so hard: all the actors, the staff members, the teacher who helped me become the divine painter Hong Chun Gi, and the writers. I also want to sincerely thank the viewers who watched until the very end and gave us lots of love.”

Next up for Kim Yoo Jung is the romance film “20th Century Girl,” in which she will star alongside Byun Woo Seok, Park Jung Woo, and Noh Yoon Seo. 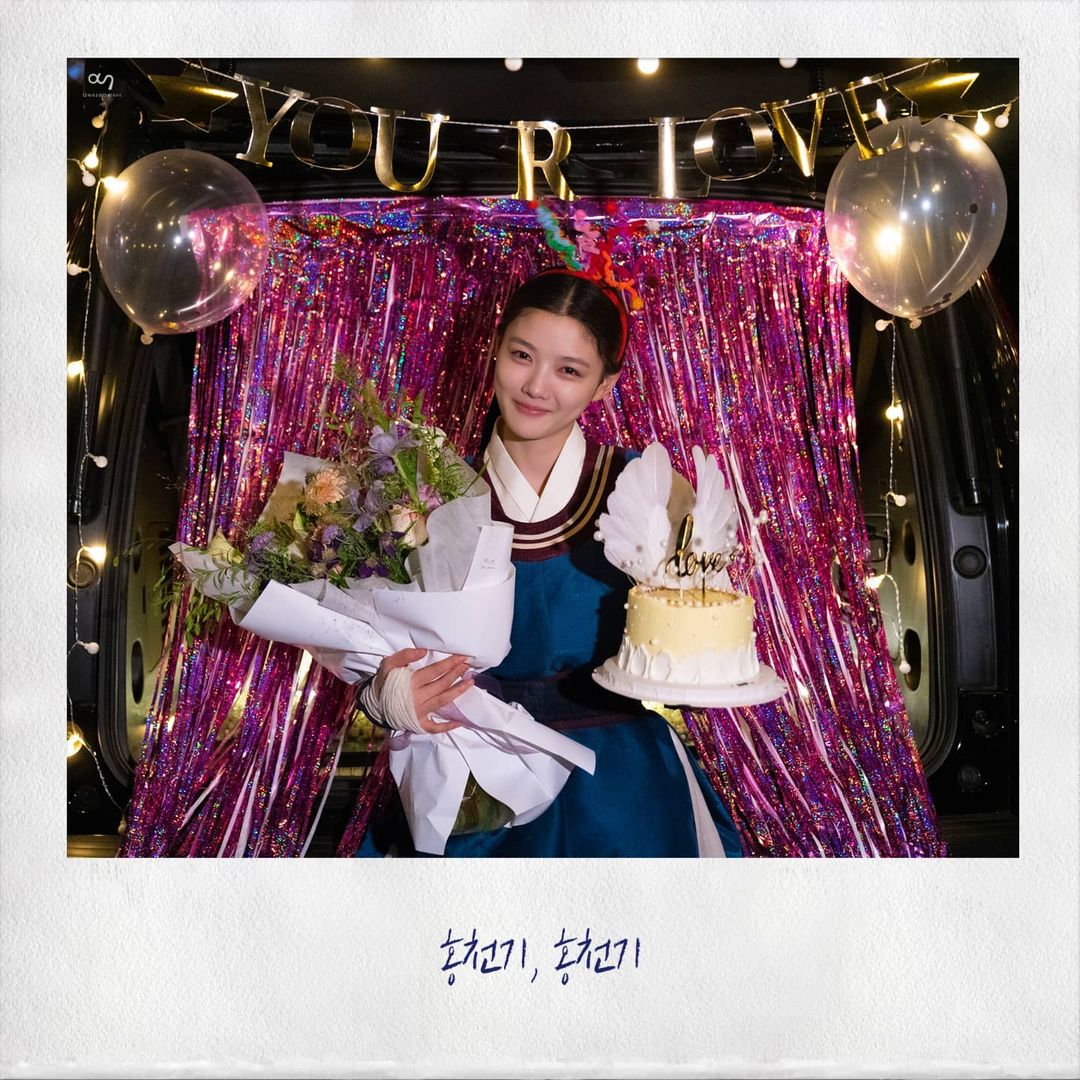 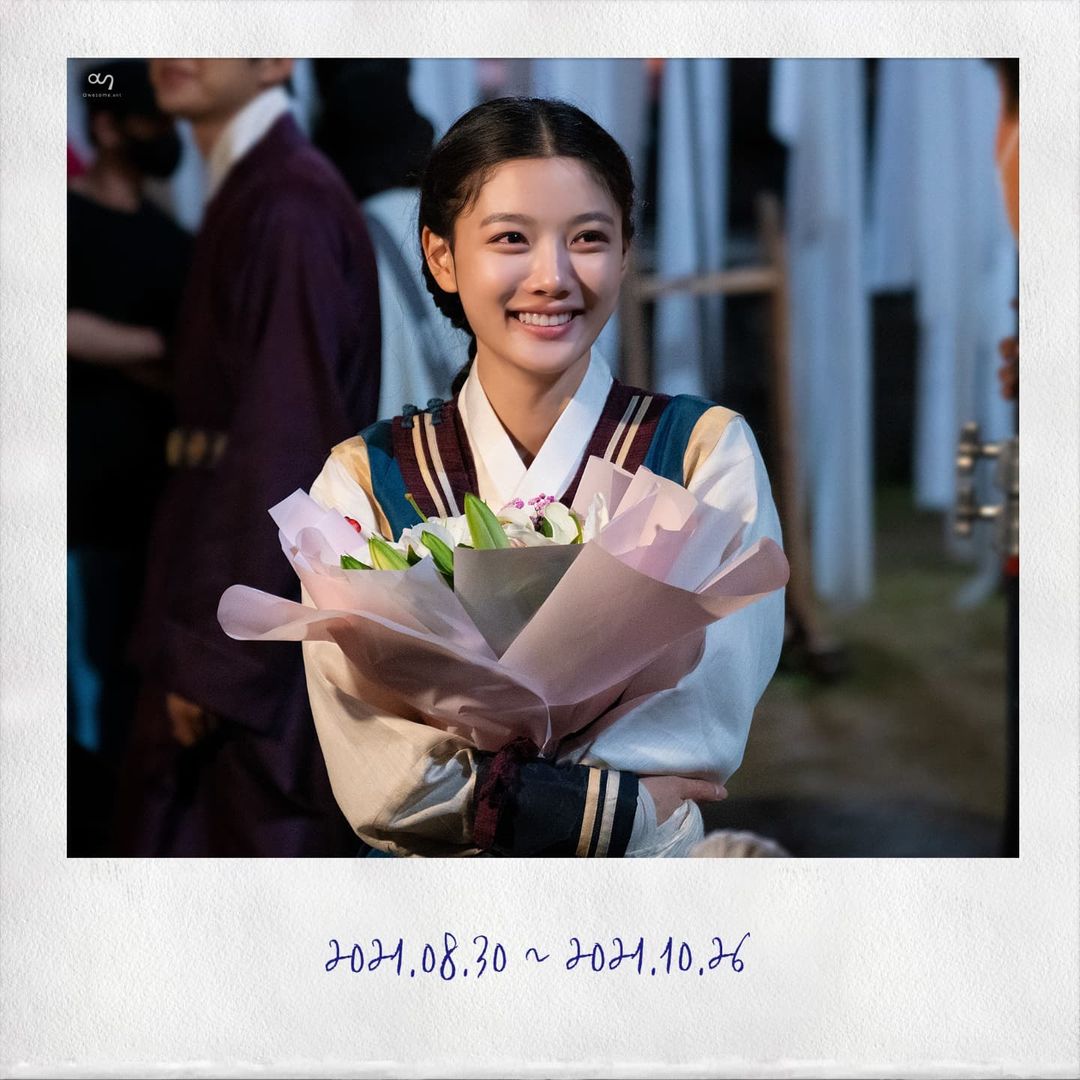 Through his Instagram account, Ahn Hyo Seop expressed his gratitude for the producers, actors, and viewers of “Lovers of the Red Sky.” Sharing photos from the set, he wrote, “Thank you so much for giving ‘Lovers of the Red Sky’ so much love and attention up until now. I want to share my gratitude for the director, writer, all the staff members, and my fellow actors, who all went through a lot.”

Ahn Hyo Seop added, “Thanks to them, the moments where I wanted to give up turned into opportunities for experience. It was not easy. However, that’s why it was even more meaningful. I will walk up another staircase step and greet you with a different image next time. Thank you again.”

Gong Myung shared his closing comments through his agency, saying, “‘Lovers of the Red Sky’ was a challenge that was an honor for me. I’ve watched director Jang Tae Yoo’s historical dramas since I was young, so it was such a huge honor to be able to work with him.”

The actor continued, “We all worked hard together to create this [drama] until the cold weather became hot. After completing all of our filming, I watched ‘Lovers of the Red Sky’ from the perspective of a viewer when it aired, and I had a lot of regrets.”

Regarding his character Prince Yangmyeong, Gong Myung described him as “a character who helped me feel the fun of acting.” He added, “Prince Yangmyeong looks bright and cheerful on the outside, but I felt that he was someone who was hiding his loneliness. As the story progressed, his worries became deeper, and there were more and more moments where he had to show his charisma as a prince. Portraying these aspects [of the character] was fun.”

Gong Myung picked his first meeting with Hong Chun Gi as his most memorable scene and commented, “It was my first filming with Kim Yoo Jung, and I was nervous because it’s an important scene where Prince Yangmyeong first develops feelings for Hong Chun Gi. However, we were able to complete the filming comfortably in a fun atmosphere.”

Lastly, he added, “As ‘Lovers of the Red Sky’ received so much love from viewers, I think it’ll be remembered for that much longer. As much as I feel sad and regretful every time a project ends, I will become an actor who develops more and will consistently greet you through good projects.”

Gong Myung is currently appearing as a cast member on Season 3 of tvN’s variety show “House on Wheels,” of which he commented, “People around me send many congratulatory messages saying that the response [from viewers] is positive. Please give me lots of love and look kindly upon me in the future as well.”

Kwak Si Yang also shared comments through his agency, remarking, “I am thankful to have gotten to work with Ahn Hyo Seop, Kim Yoo Jung, and Gong Myung on ‘Lovers of the Red Sky,’ as well as all the actors, staff, director, and writer. There was a bit of pressure because it was my first historical drama in a long time, but thanks to a lot of people helping me out and creating a comfortable atmosphere on set, I was able to film happily and enjoy the shoot.”

He concluded, “Although Prince Juhyang was a villain in the story, thank you so much to the viewers who gave him lots of love.”

Watch “Lovers of the Red Sky” with subtitles below!