Jeon Somi Talks About Her First Full Album, Solo Career Thus Far, And Why She Doesn’t Feel Pressured About Results

On October 29, Jeon Somi held an online media showcase for the release of her first solo full album, “XOXO.”

Jeon Somi returned with “XOXO” just three months after releasing the single “DUMB DUMB.” She said, “I’m really excited. I’m really excited to think that the music that only I was able to listen to is finally out for fans to listen to as well. This is the first time that I did a comeback in three months, so it still doesn’t feel real. But since it’s an album release, I’m more excited for people to hear the diverse tracks as fast as possible.”

Asked if she felt pressure from the success of “DUMB DUMB,” she said, “I don’t think that I thought of it as pressure. Instead, I gained confidence. The songs on the new album are heavier and I have a weightier role, so I was happy to think that I could fill the stage with a more confident image.”

She continued, “The fact that it’s my first full album is very meaningful. I worked really hard to prepare. If I had a focus, I’d say it was trying as many genres and diverse songs as possible. None of the songs are similar to each other. I also tried to show changes in my voice.” 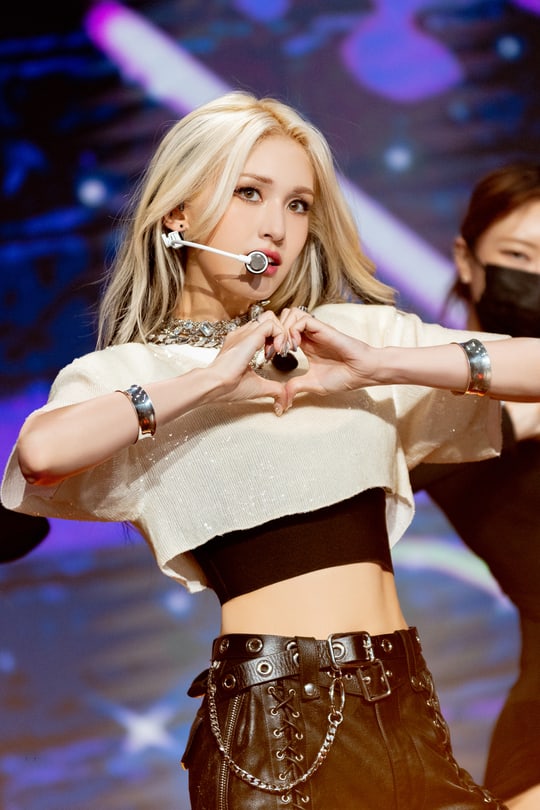 About working as a producer on “Watermelon” and “Outta My Head,” she said, “[Teddy] gave me comfort rather than advice. He kept his hands off my work. He told me, ‘It’s really your song, so it has to come out the way you write it.’ He gave me a lot of comfort and confidence.” She added, “I get inspiration from songs from various places. This time, I got inspiration from a watermelon and wrote the song. I was looking at the watermelon I was eating and compared it to love. It’s not as funny as it sounds, it’s very sweet.”

Asked who she would like to pick to do her new dance challenge with, Jeon Somi shared that she was a fan of Leejung Lee from Mnet’s “Street Woman Fighter.” “She’s really popular these days,” Somi said. “She’s the first person I’d like to do the ‘heart’ challenge with.” 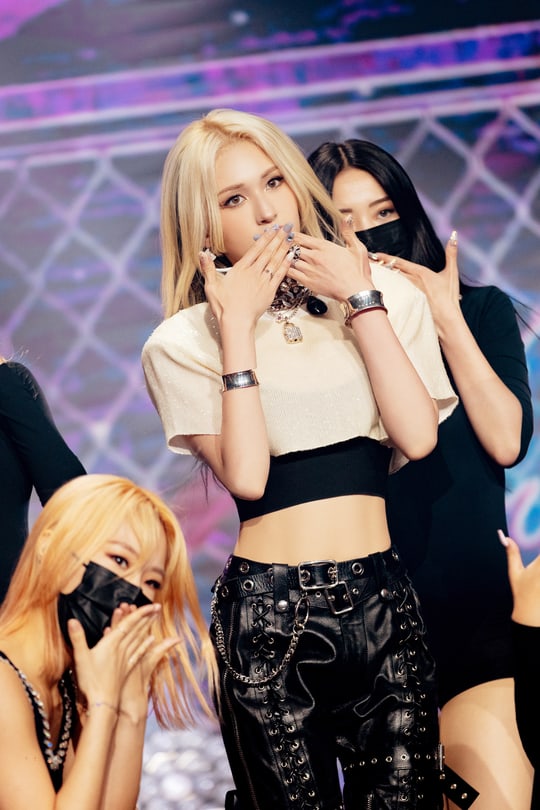 Jeon Somi also reflected on her goals for “XOXO” and her solo career thus far. “I haven’t lived for very long, but I’ve learned a lot over the past 21 years,” she said. “I learned that you can’t depend too much on people or feel a sense of pressure. If you let it go a little, results will come, and people will acknowledge you. I poured everything I had into preparing for this album, so I could feel comfortable and relaxed. Rather than specific results I want to achieve, I’m relieved to think that my fans can hear these songs. I think that because I’ve emptied my mind, I can be more relaxed and have more fun on stage.”

She continued, “It’s already been two years [since I made my solo debut]. I don’t really remember everything I did, but I think I’ve learned what I want to do, what music suits my voice best, and what voice I have to use for what part. It’s not easy to live as a solo artist. You have to work really hard in order to survive, and you have to mature on your own.” 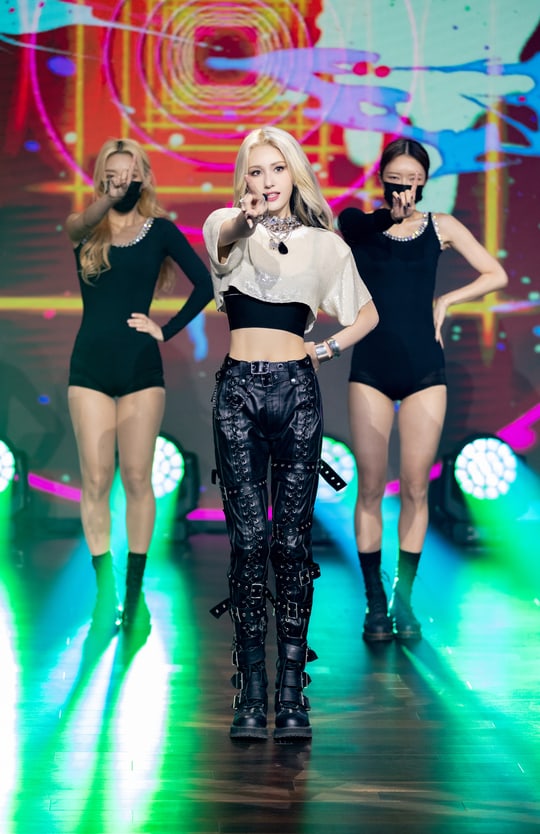