On the latest episode of KBS 2TV’s “Yoo Hee Yeol’s Sketchbook,” ATEEZ’s Jongho talked about one difficult aspect of being a group’s main vocal!

During the October 29 broadcast of the famous KBS music talk show, Jongho made a special appearance as the first singer to participate in the program’s new segment “Yoo Hee Yeol’s Sketchbook x Musician With You.” While the original segment “Yoo Hee Yeol’s Sketchbook x Musician” featured musicians covering and reinterpreting songs by other artists, the newly revamped version adds a twist by allowing viewers to vote for the songs they want the musicians to cover.

On the show, host Yoo Hee Yeol introduced Jongho by praising his vocals and famous strength, jokingly describing him as “a little Kim Jong Kook who is a threat to Kim Jong Kook.” He also mentioned that one of Jongho’s nicknames is an acronym for “Charming-Voice-Explosive-High-Notes” in Korean.

Yoo Hee Yeol went on, “Honestly, I’ve heard that there’s a difficulty faced by group members who are in charge of high notes.”

Jongho explained, “Since we’re idols, part of our job is to look into the camera and make facial expressions while singing. But for me, because my parts are so high, there’s no way I can make the sexy, cute, or wistful expressions that the other members make, no matter how hard I try.”

He added, “There’s a famous meme: no matter what song we’re singing, my facial expression is always like this.” 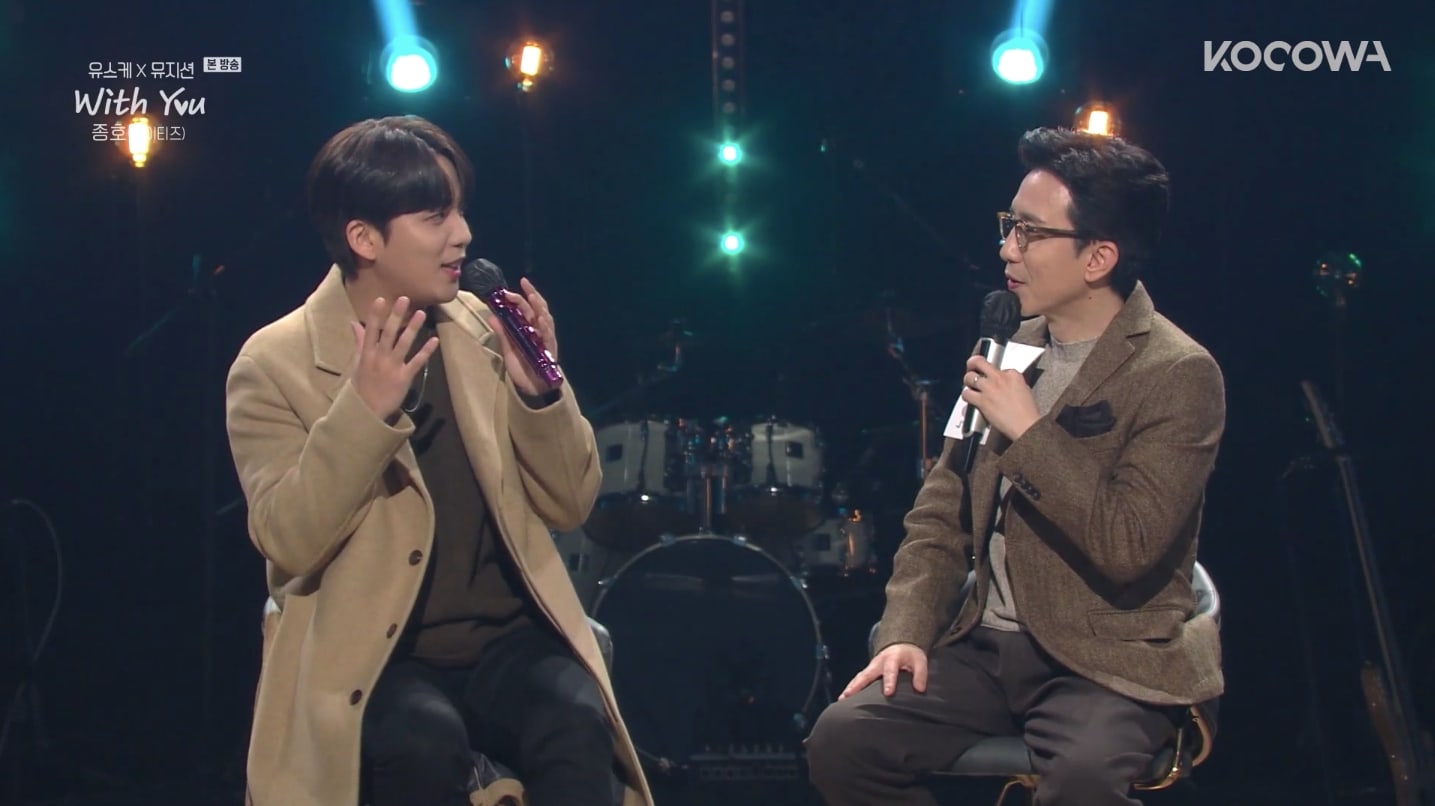 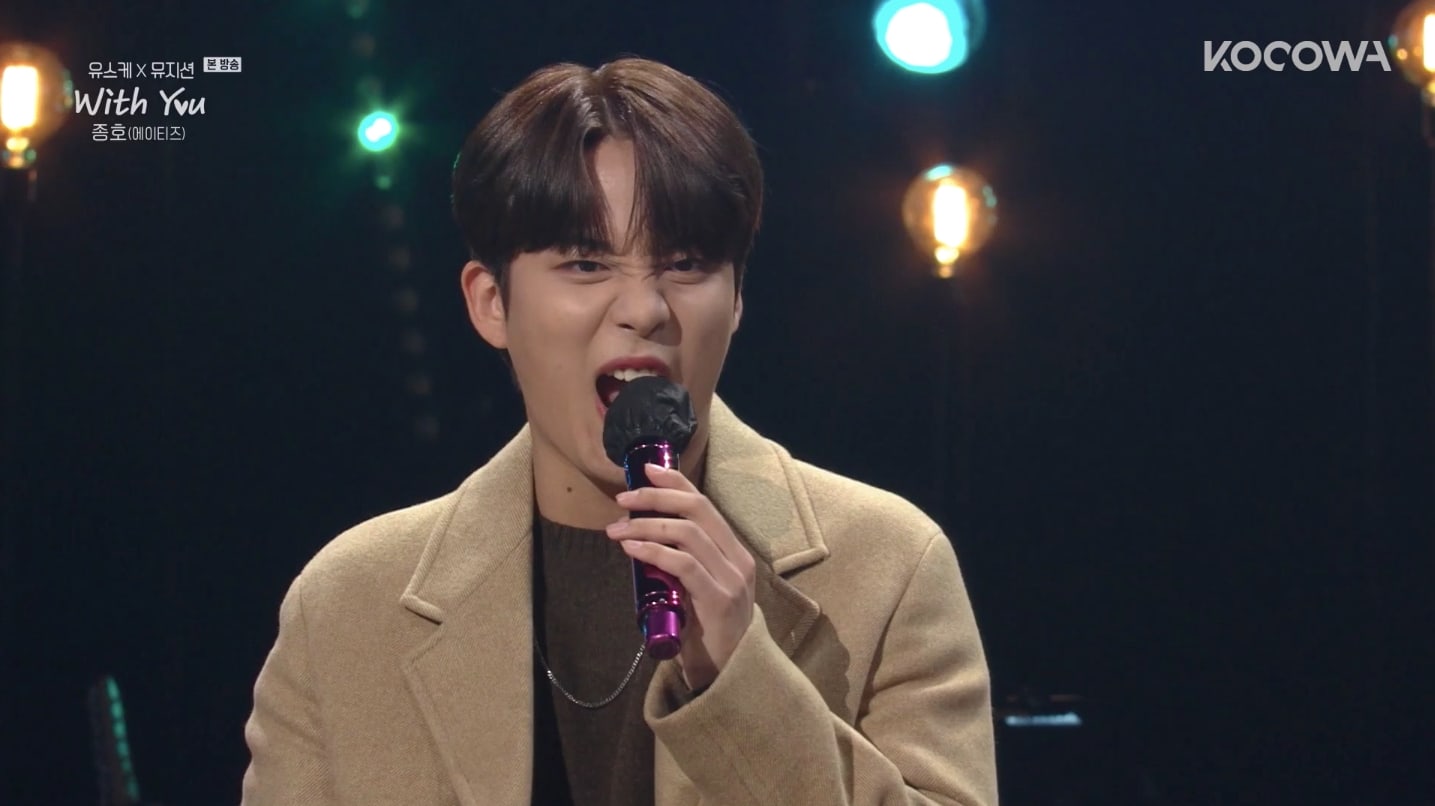 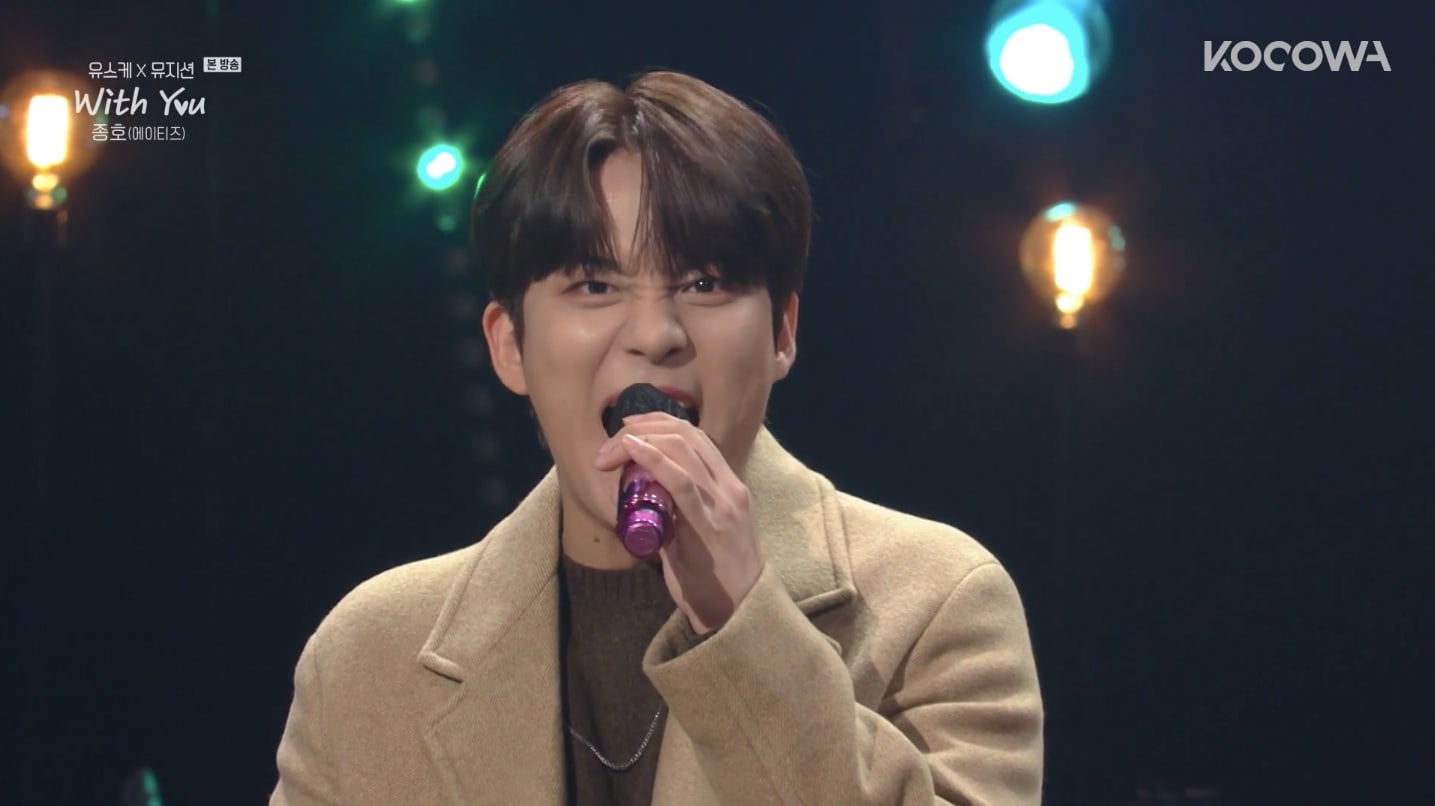 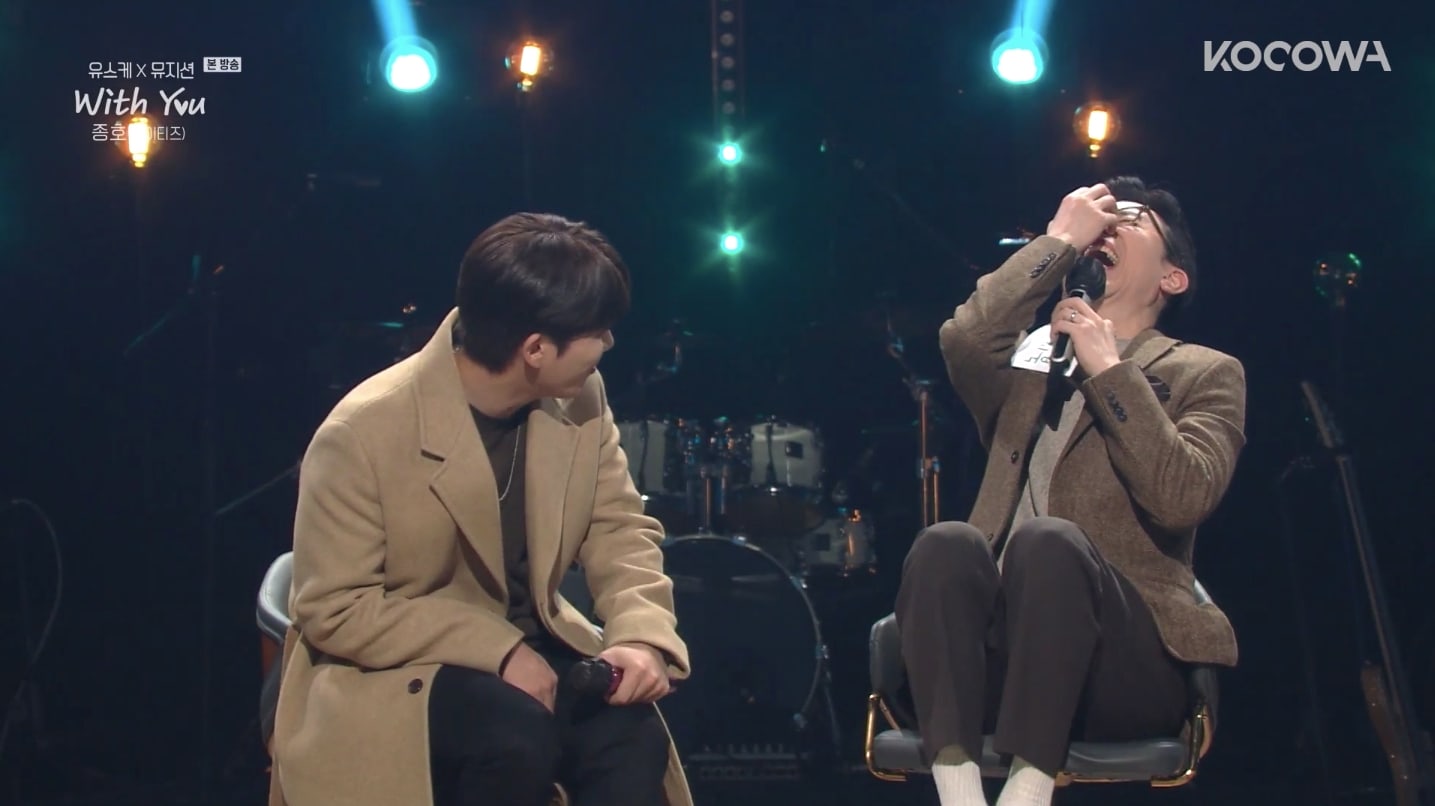 After cracking up Yoo Hee Yeol and the other guests by demonstrating his unchanging expression while singing a snippet of ATEEZ’s “Pirate King,” Jongho went on, “So these days, I’m practicing as much as possible to try to make other facial expressions [during my parts], no matter how high they are.”

To show how much he’d improved, he continued, “One of our title tracks from our latest album is called ‘Eternal Sunshine,’ and it’s kind of sweet and upbeat. So I’ll try singing [my high note from that song] while making that kind of expression.”

Once they’d seen his attempt, Yoo Hee Yeol exclaimed in awe, “How is this possible? His eyes are very bright and sweet, but the note is so high!” 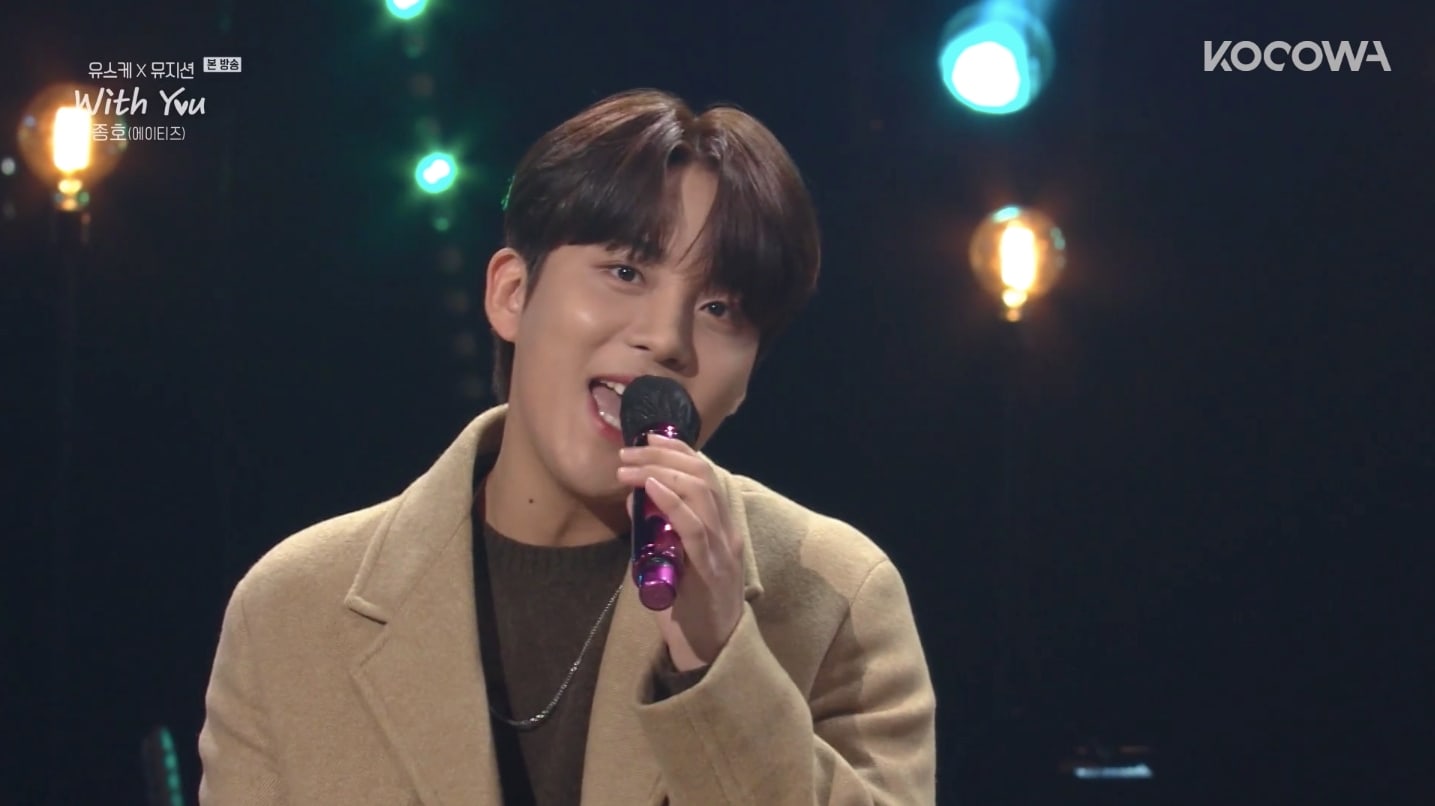 Check out the clip of Jongho demonstrating his facial expressions—and his cover of Jang Hye Jin’s ballad “One Late Night in 1994″—below!

Yoo Hee Yeol's Sketchbook
ATEEZ
Jongho
How does this article make you feel?