18 Upcoming K-Drama Premieres To Fill Up Your November

Get excited for a month overflowing with drama premieres!

Here’s what’s ahead in November: 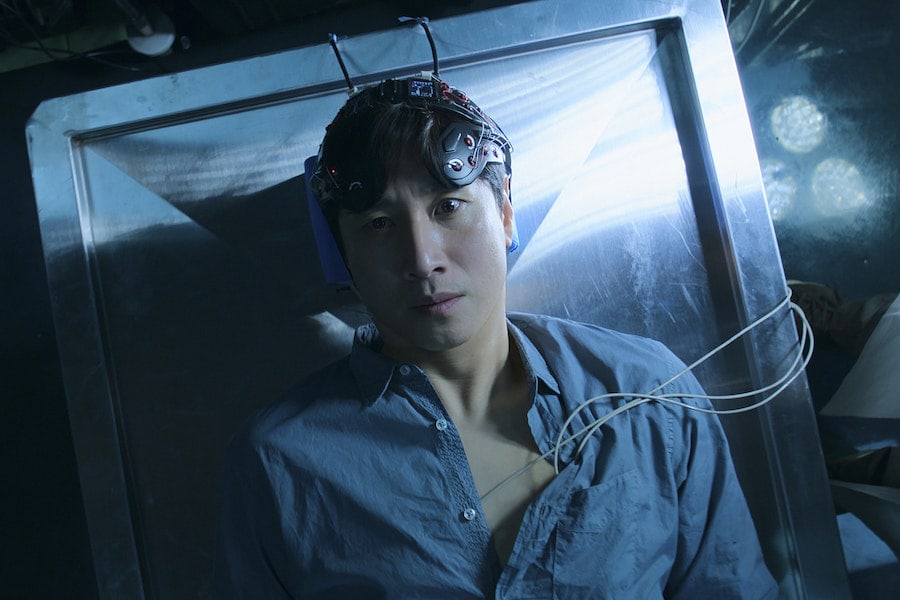 Based on a hit webtoon, “Dr. Brain” is a sci-fi thriller about a genius scientist named Go Se Won (Lee Sun Gyun) who suffers a family tragedy and reads the memories of people who have died to figure out the truth of what happened. It is the first drama created by critically acclaimed filmmaker Kim Ji Woon, known for movies including “I Saw The Devil,” “A Bittersweet Life,” “The Good, The Bad, The Weird,” and “The Age of Shadows.” 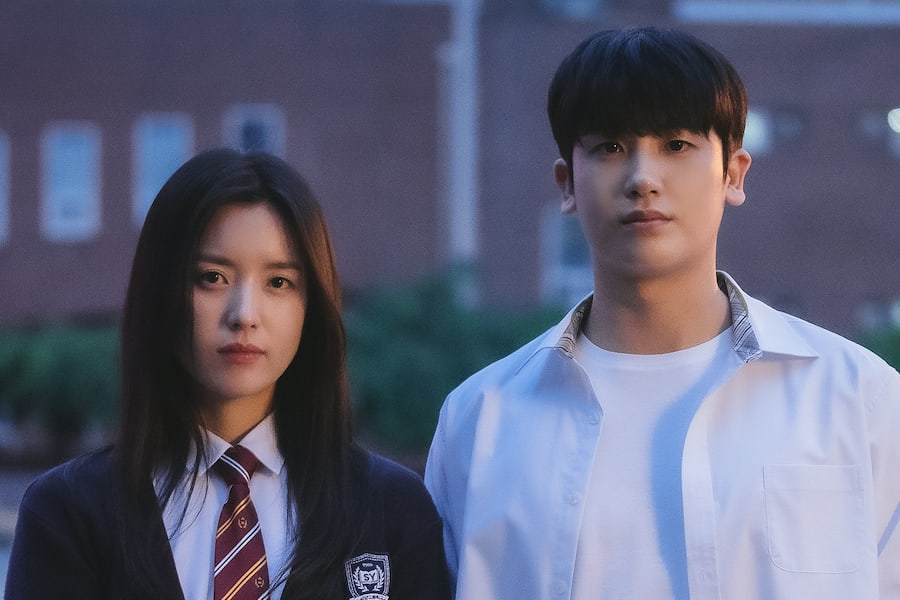 “Happiness” is an apocalyptic thriller set in a high-rise apartment building stratified by social standing. The building is sealed off when a new infectious disease emerges in the city, and the drama will depict the residents’ fear, fierce psychological battles, and desperate struggle for survival within the closed-off building. Han Hyo Joo plays Yoon Sae Bom, a tactical agent in the Seoul Police Special Operations Unit, while Park Hyung Sik is Jung Yi Hyun, a detective who is her former high school classmate and has feelings for her.

“Let Me Be Your Knight” 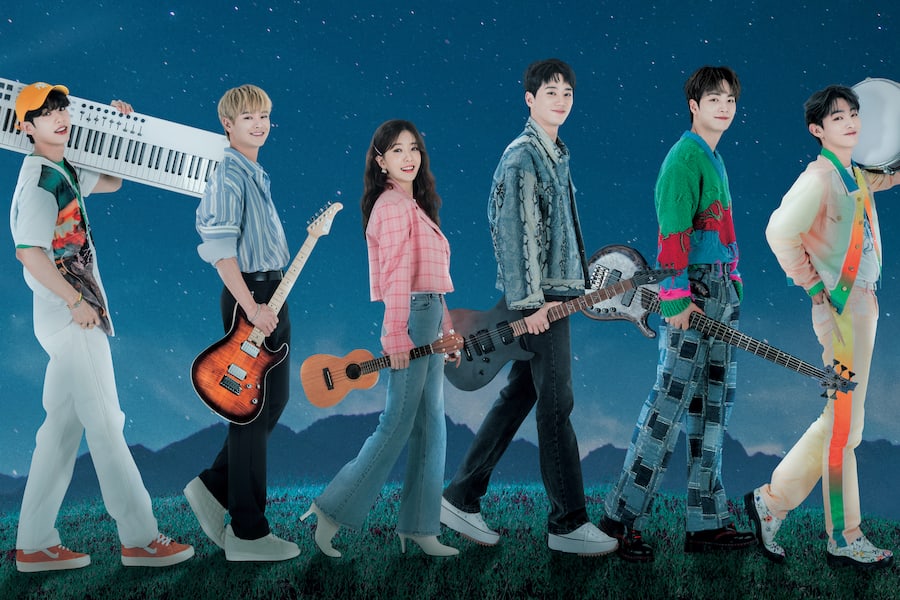 “Let Me Be Your Knight” is a romance drama about a popular idol band named LUNA and a woman pretending to be a doctor who unexpectedly winds up living at their dorm to treat a sleepwalking member. Lee Jun Young is LUNA’s leader Yoon Tae In, while Jang Dong Joo, JR, Yoon Ji Sung, and Kim Dong Hyun play fellow LUNA members. Jung In Sun stars as travel guide-turned-fraudulent physician In Yoon Joo, who ends up moving in with them under false pretenses. 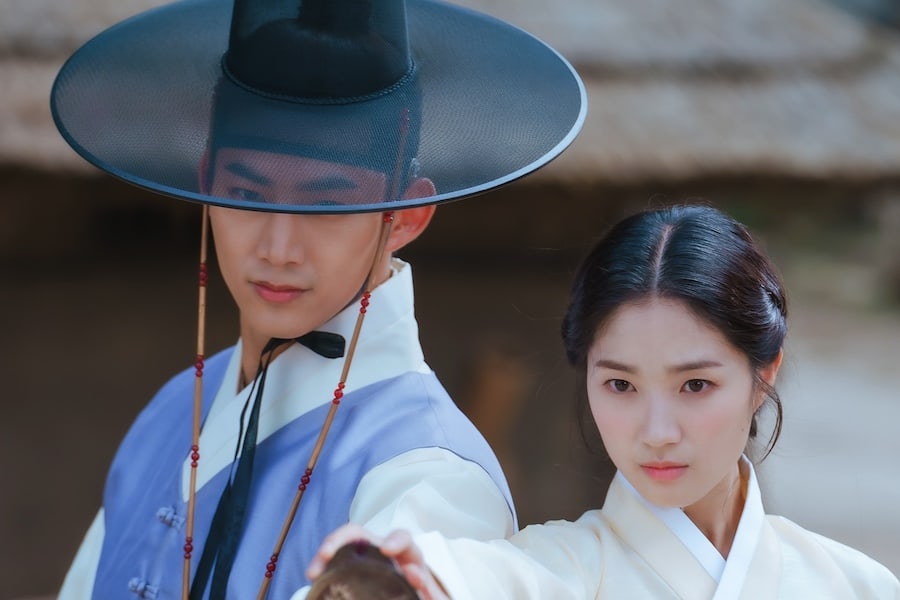 Broadcast Details: Mondays and Tuesdays at 10:30 p.m. KST on tvN

“Secret Royal Inspector & Joy” is a historical comedy drama starring Taecyeon as Ra Yi Eon, a young gourmand who is appointed a secret royal inspector (a government official who travels undercover to local provinces to inspect them and uncover corruption) against his will. Kim Hye Yoon will play Kim Jo Yi, a divorced woman searching for happiness who winds up joining forces with him to investigate and battle corruption. 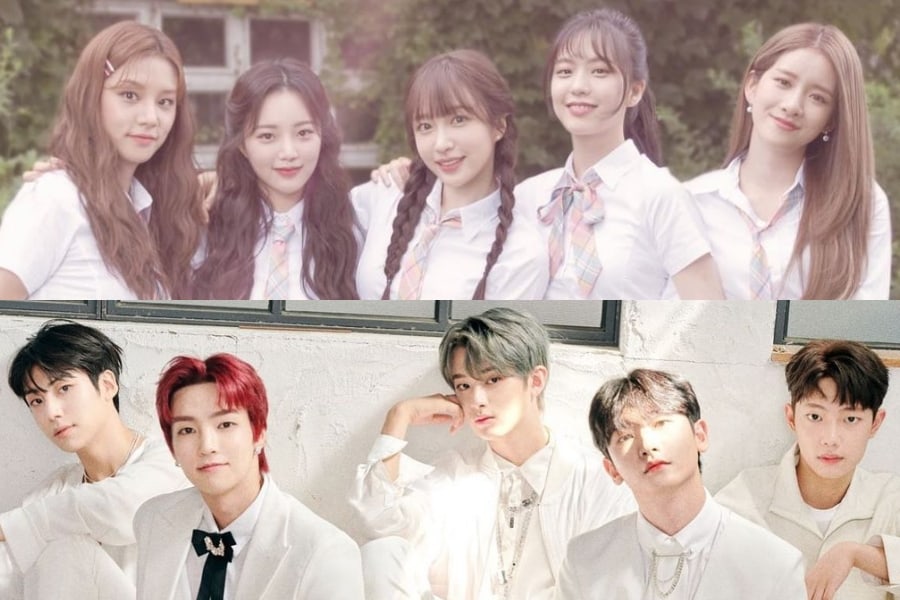 Broadcast Details: Mondays and Tuesdays at 11 p.m. KST on JTBC

“IDOL: The Coup” is a drama about idols who have failed to reach stardom and are struggling to let go of their unachieved dreams. Hani, Solbin, Han So Eun, Exy, and Green play members of the failing idol group Cotton Candy, while Kim Min Kyu, Jo Joon Young, Hong Eun Ki, Baek Seo Hoo, and Lee Eun Sang are members of the popular group Mars. Kwak Si Yang stars as Cha Jae Hyuk, the CEO of the agency that houses Cotton Candy and Mars. Check out a teaser here! 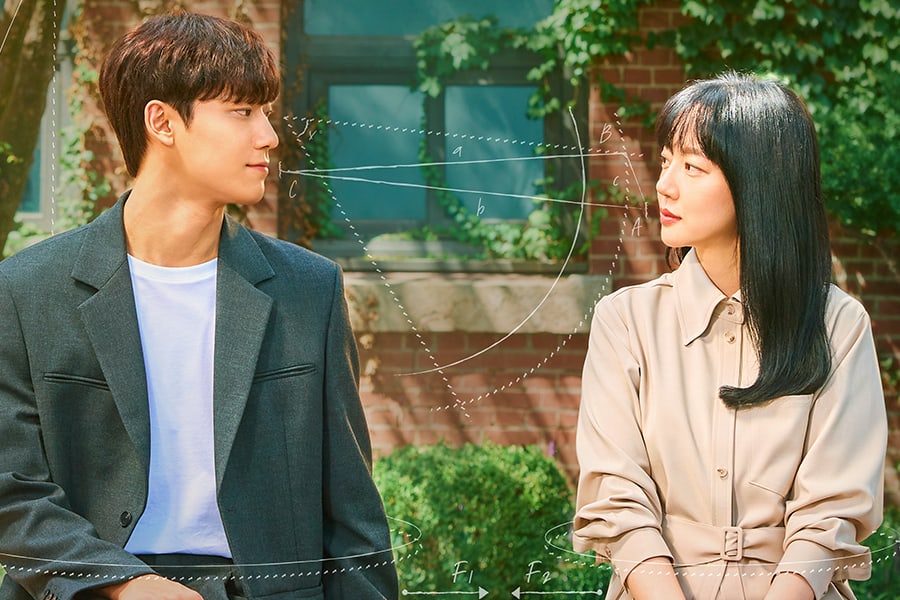 Set in a private school that is rife with corruption, “Melancholia” tells the story of a math teacher and a math prodigy who fight to overcome social conventions and prejudices together. Im Soo Jung plays Ji Yoon Soo, a passionate math teacher who is determined to show her students the joy of math and the beauty of equations. Lee Do Hyun is Baek Seung Yoo, a voluntary outsider who is a math prodigy that lost his passion for the subject at a young age. 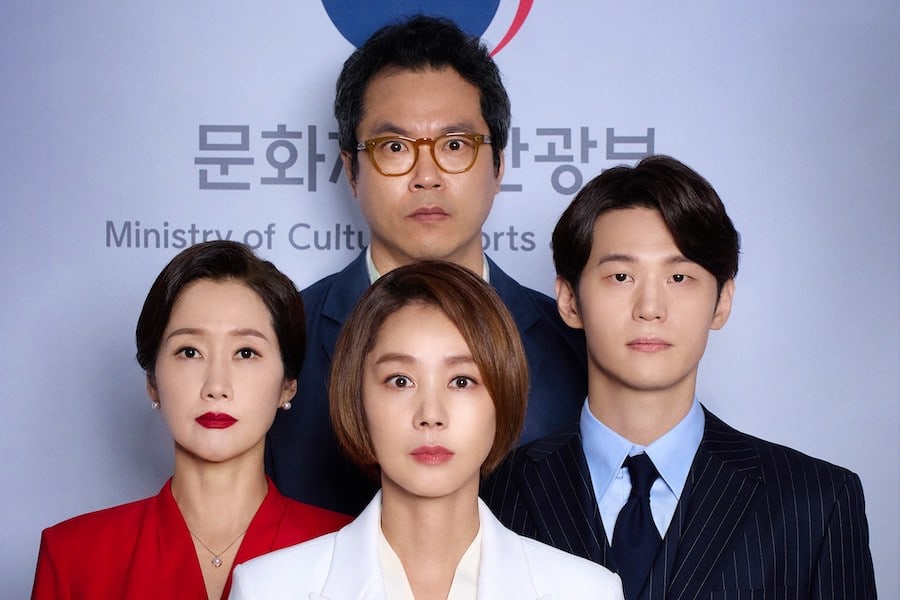 “Going to the Blue House Like This” is a political black comedy drama following the week-long journey of a woman encountering the abduction case of her husband. Kim Sung Ryung plays Lee Jung Eun, a celebrity and Olympic gold medalist who is appointed as the Minister of Culture, Sports and Tourism. Baek Hyun Jin stars as her husband Kim Sung Nam, a political commentator. 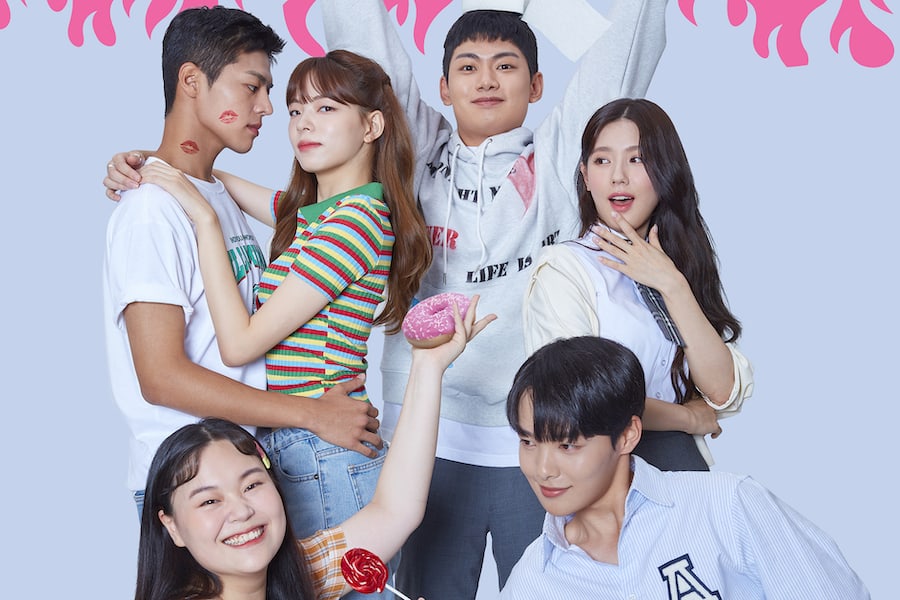 “Adult Trainee” is an omnibus-style comedy drama about 18-year-olds experiencing changes as they grow up. With a witty and energetic tone, the drama follows the high school students on their discovery of love and sex. The first episode will focus on Jae Min (Ryu Ui Hyun) and Ye Kyung (Miyeon), the second will star Yu Ra (Jo Yoo Jung) and Nam Ho (Ryeo Woon), and the last will tell the story of Na Eun (Kwon Young Eun) and Kang Joon (Kim Min Ki). 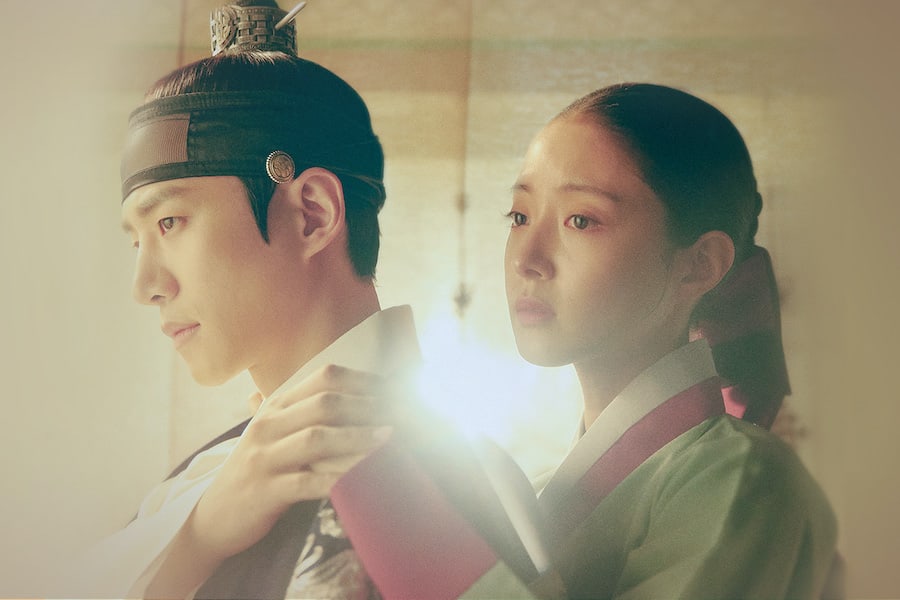 Broadcast Details: Fridays and Saturdays at 9:50 p.m. KST on MBC

“The Red Sleeve” is a traditional historical drama about the imperial court romance between a court lady who wanted to protect the life she had chosen and an emperor who put the nation first before love. Lee Junho stars as Yi San, the direct descendant and eldest grandson of King Yeongjo (Lee Deok Hwa), who will later become King Jeongjo. Lee Se Young plays Seong Deok Im, a court lady who wants to make her own decisions about life instead of being one of the king’s many women.

“Now We Are Breaking Up” 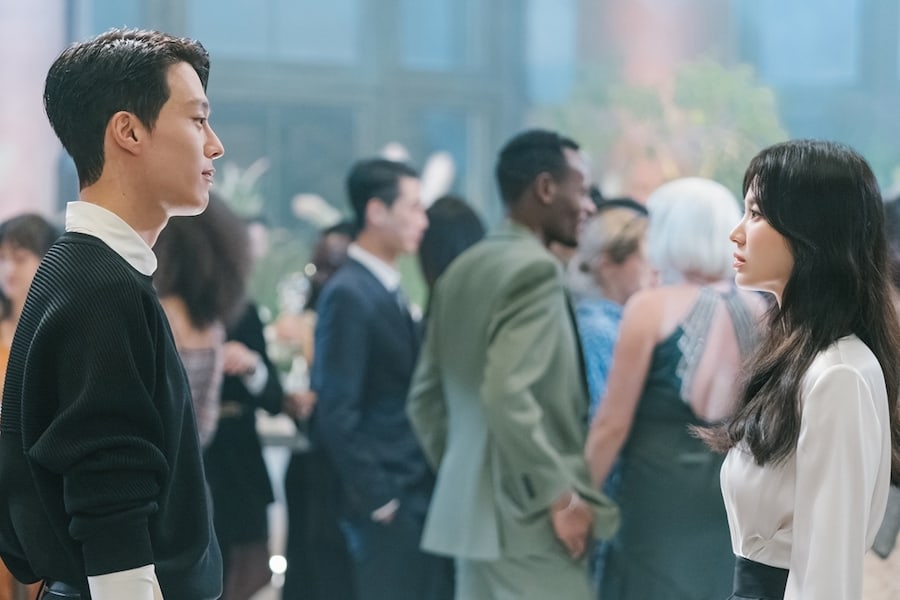 “Now We Are Breaking Up” is a romance drama that highlights the many different flavors of love and breakups. Song Hye Kyo plays Ha Young Eun, a manager of the design team at a fashion label who is also a trendy and intelligent realist. Jang Ki Yong plays Yoon Jae Guk, a wealthy and popular freelancer photographer who has both brains and looks. One day, Ha Young Eun meets Yoon Jae Guk and falls in love, beginning their passionate and emotional love story. 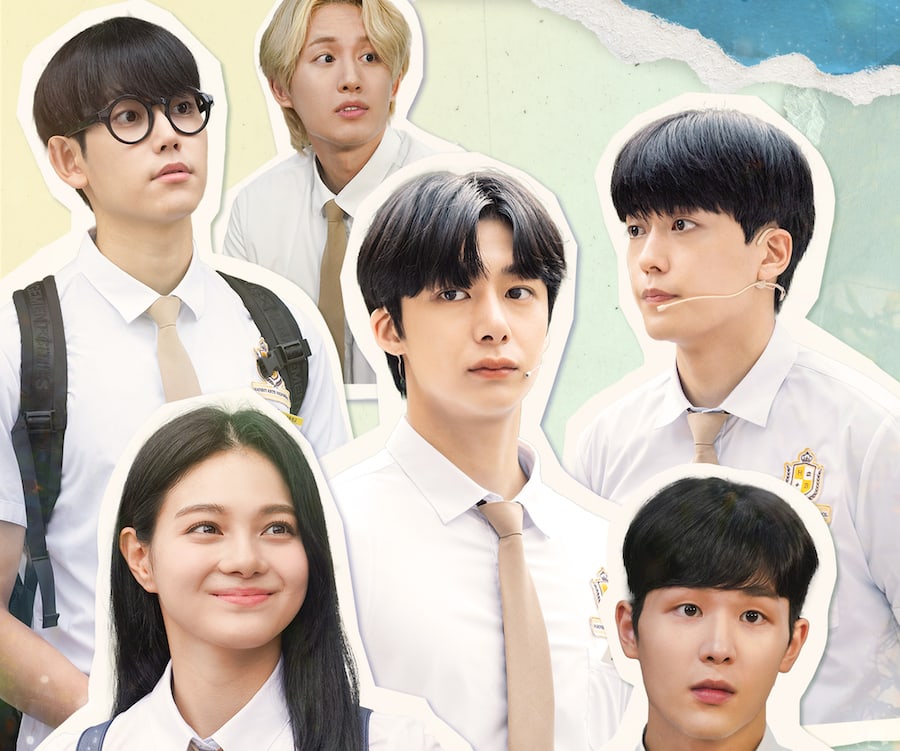 “Fly Again” is a musical drama about students of the K-pop club Villains at Hanbit Art High School. Hyungwon plays Han Yo Han, a genius dancer who dreams of becoming an idol. Kim Myung Ji stars as On Ji Min, who has been focused on her studies her entire life until she discovers her true dream. Tony Ahn will take on the role of Yoo Min Hyuk, the teacher in charge of the club who draws out the passion within his students. 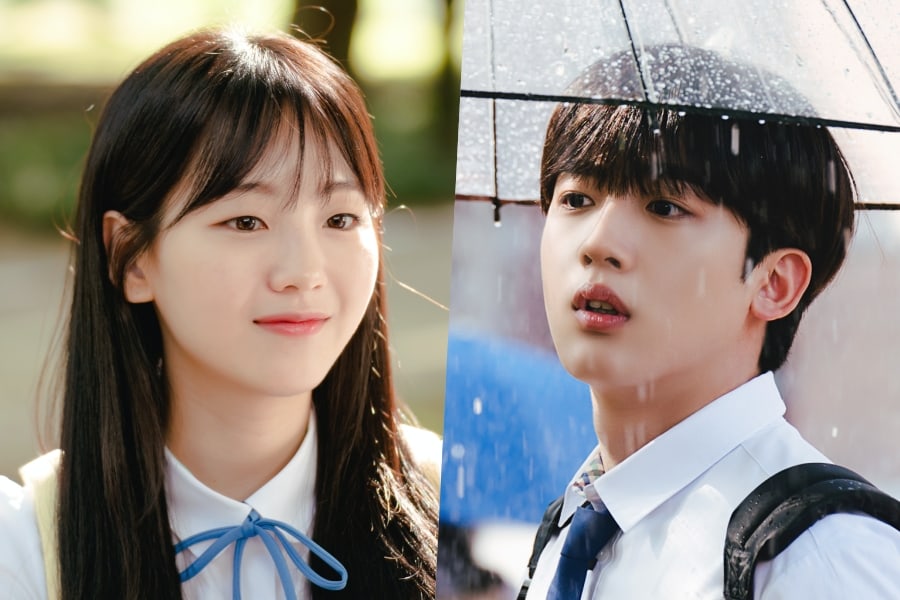 “School 2021” is a drama about young adults who choose different paths instead of just preparing for college entrance exams. The drama will portray the dreams, friendships, excitement, and growth of the 18-year-old students standing in front of an uncertain future. Kim Yo Han plays Gong Ki Joon, who gave up his dream of Taekwondo due to an injury. Cho Yi Hyun is the ambitious Jin Ji Won, who is determined to achieve her dream of becoming a carpenter. Check out a teaser here! 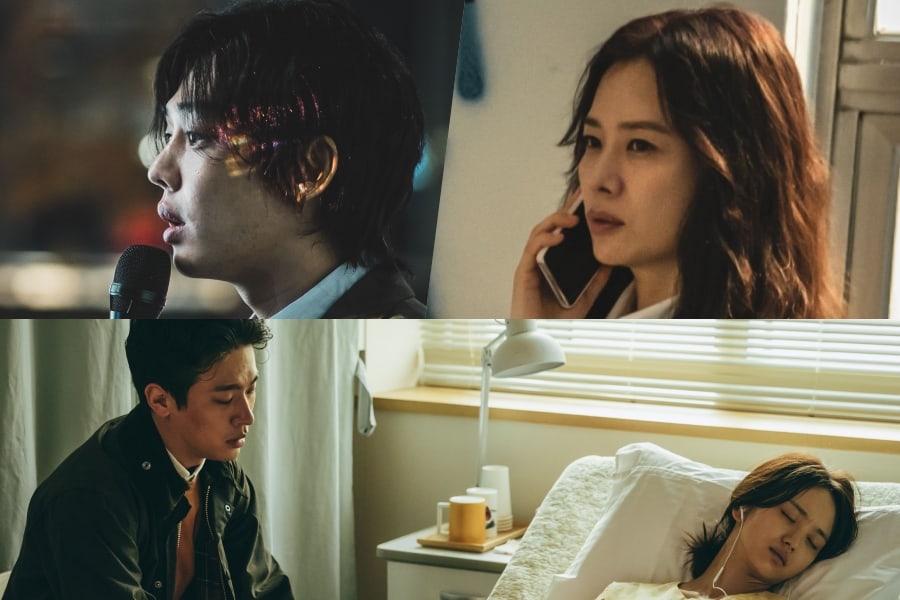 Helmed by “Train to Busan” director Yeon Sang Ho, “Hellbound” is set in a world where humans face a frightening supernatural phenomenon: emissaries from hell who appear on Earth without warning and condemn people to hell. Amidst the chaos caused by this terrifying new reality, an emerging religion led by Jung Jin Soo (Yoo Ah In) begins to gain popularity, while others desperately search for the truth behind this strange phenomenon. 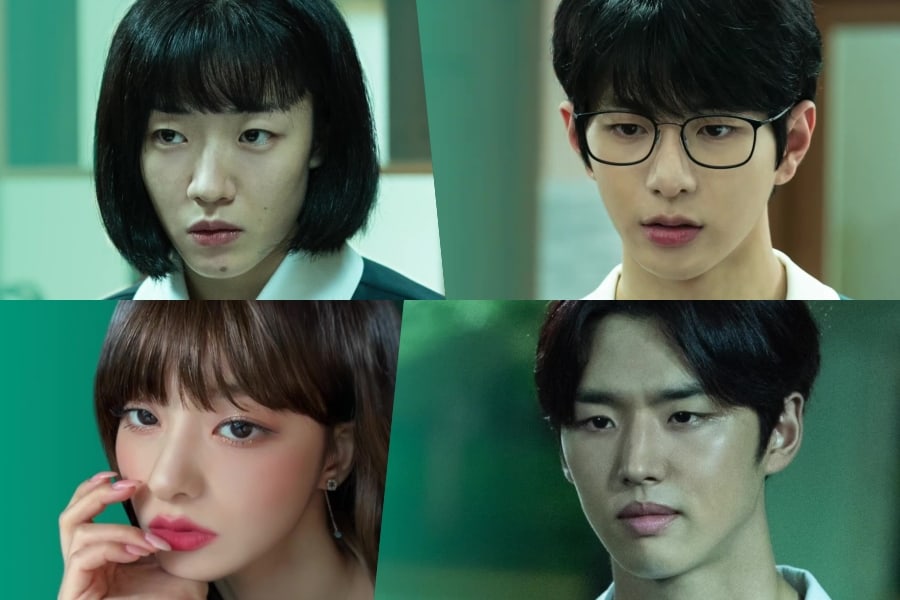 Based on a popular webtoon, “Shadow Beauty” tells the story of high school student Goo Ae Jin (Shim Dal Gi), who is a bullied loner at school. However, she leads a double life online as a social media star and influencer named Genie (Lee Nagyung), who is renowned for her flawless looks. Bomin stars as class president Kim Ho In who holds a secret within, while Hongseok plays idol trainee Lee Jin Sung, Goo Ae Jin’s only friend. 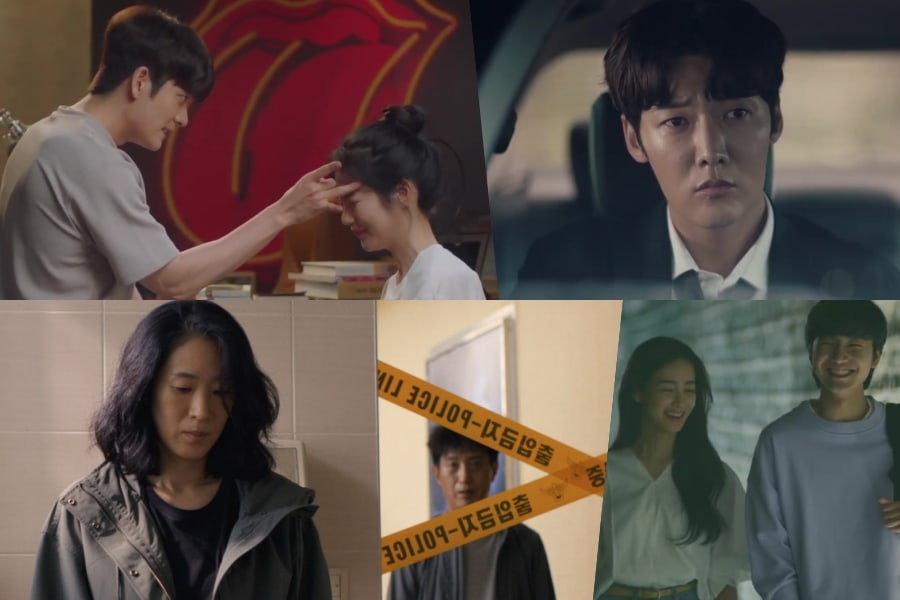 For its annual Drama Special, KBS broadcasts a collection of short dramas that are one episode each. “2021 KBS Drama Special” features a total of 10 projects including four TV films that are 90 minutes each in addition to the usual short dramas. Two of the projects aired in October, and four more are airing in November.

“Scenery of Pain” is a thriller about chasing down the truth of a series of murders. “The Effect of a Finger Flick on a Breakup” is a realistic romance between a woman who wants to be loved and a man who doesn’t know how to express love. “Siren” is a sci-fi mystery thriller uncovering the shocking truth following the death of an employee at a virtual space. “Be;twin” is an intense romance drama featuring twin brothers who love the same woman. 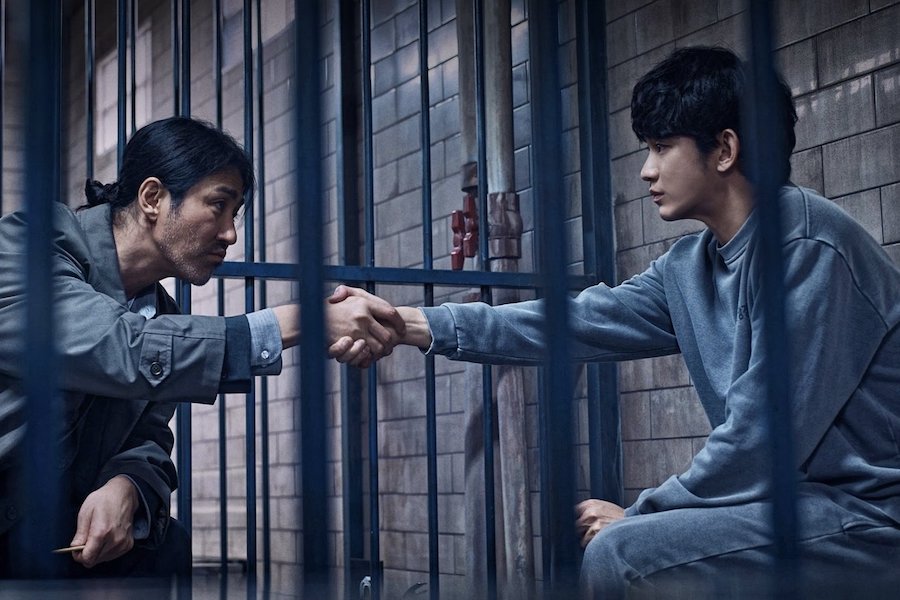 A remake of BBC’s “Criminal Justice,” “One Ordinary Day” stars Kim Soo Hyun as Kim Hyun Soo, an ordinary college student whose life is turned upside down when he suddenly becomes the prime suspect in a murder case. Cha Seung Won plays Shin Joong Han, a third-rate lawyer who barely passed the bar exam and is the only person who reaches out to help Kim Hyun Soo – while never asking him about the truth of what happened that fateful night. Check out a teaser here! 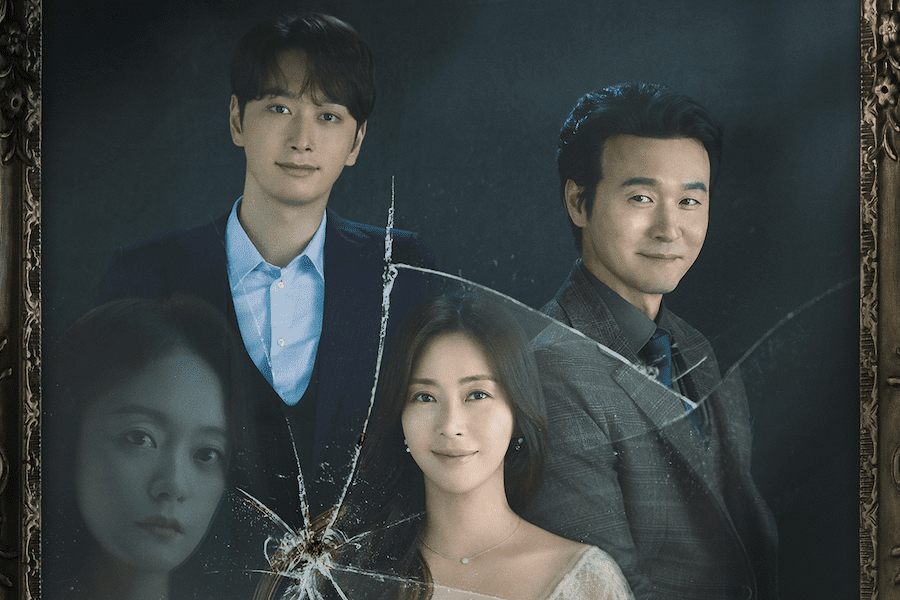 Broadcast Details: Mondays and Tuesdays at 10:30 p.m. KST on Channel A

“Show Window: The Queen’s House” is a mystery romance drama about a woman who supports another woman’s affair without knowing that the affair is with her own husband. Song Yoon Ah stars as Han Sun Joo, the queen of her perfect family, while Lee Sung Jae plays her husband Shin Myung Seob. Jun So Min is Shin Myung Seob’s lover Yoon Mi Ra, and Chansung takes on the role of Han Sun Joo’s younger brother Han Jung Won. Check out a teaser here! 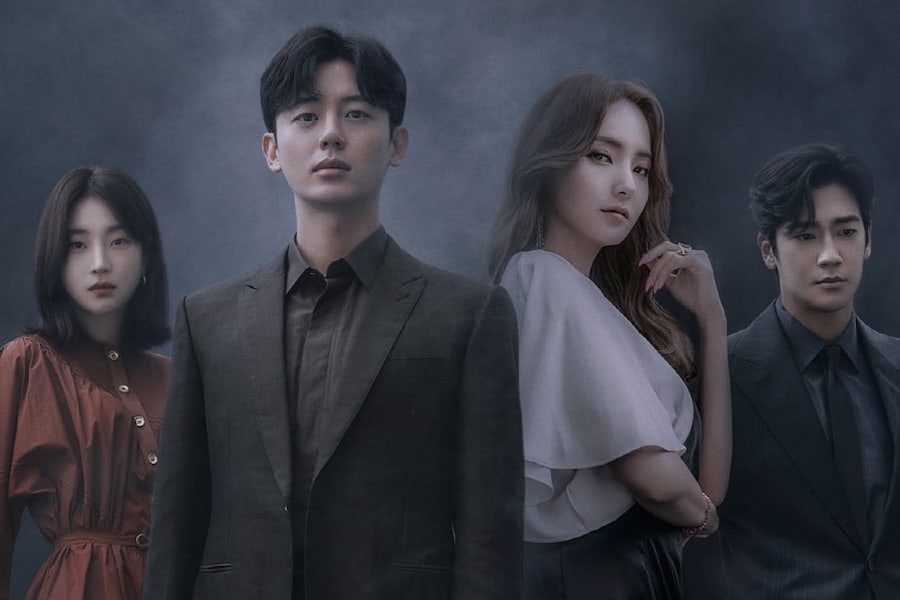 Broadcast Details: Mondays and Tuesdays at 10:30 p.m. KST on IHQ

“Sponsor” is a romance thriller about the scandalous love affairs between two men and two women. Lee Ji Hoon plays photographer and magazine editor Lee Sun Woo, while Han Chae Young takes on the role of Han Chae Rin, CEO of a beauty products company. Ji Yi Soo is Park Da Som, a character who is newly married but lives in poverty, and Goo Ja Sung stars as Hyun Seung Hoon, who dedicated his life to soccer but had to quit due to an injury.