“Gong Jak City” takes place against the backdrop of an art museum that belongs to Sung Jin Group, a major conglomerate that holds the reins of the political and financial worlds in South Korea. It is a psychological mystery thriller about the things that disappear when humans become greedy and ambitious for power.

Star actors including Soo Ae, Kim Kang Woo, and more have joined the cast, and their passionate script reading raised even more anticipation for the upcoming drama. In addition to director Jeon Chang Geun and scriptwriter Son Sae Dong, lead actors Soo Ae, Kim Kang Woo, Kim Mi Sook, and Lee Yi Dam were present to test their chemistry together for the first time. Despite it being their first time working together, the actors showcased suspenseful and immersive acting, captivating everyone on set instantly.

Soo Ae stars as Yoon Jae Hee, who is in charge of the operations at Space Jin, the art museum owned by Sung Jin Group. She is also the second daughter-in-law of the family that controls Sung Jin Group. Not only did Soo Ae impress with her powerful acting, but she also skillfully portrayed her character’s tenacity and goals to go higher with an elegant yet firm voice.

Kim Kang Woo plays Jung Joon Hyuk, Yoon Jae Hee’s husband and a revered national anchor. He’s a complex character with an inferiority complex over being labeled “the illegitimate son of Sung Jin Group,” and he aims to achieve the greatest position in order to no longer have to be greedy. Kim Kang Woo completely immersed himself in his character, using his trademark charm to help lead the atmosphere on set. Viewers are looking forward to the synergy that will arise between Jung Joon Hyuk and Yoon Jae Hee, especially as Yoon Jae Hee tries to make her husband the president. 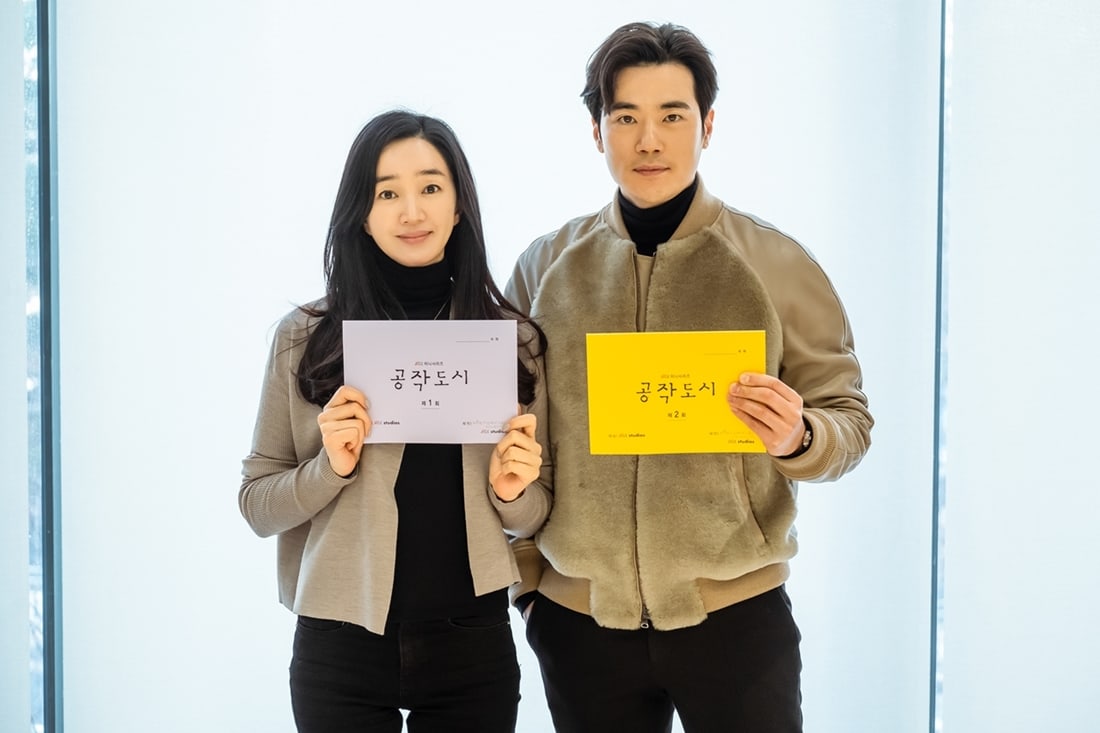 The production team shared, “We felt reassured all throughout the script reading while seeing the actors acting and showcasing a charm beyond that of the characters. Everyone is doing their best so that the actors’ synergy can be directly conveyed via the small screen, so please show lots of anticipation and interest.”

In the meantime, watch Soo Ae in “Sweet Stranger and Me” here…