“Secret Royal Inspector & Joy” is a historical comedy drama starring 2PM’s Taecyeon as Ra Yi Eon, a young gourmand who is appointed a secret royal inspector (a government official who travels undercover to local provinces to inspect them for corruption) against his will. Kim Hye Yoon stars as Kim Jo Yi, a divorced woman searching for happiness who winds up joining forces with him to battle corruption.

Present at the press conference were Taecyeon, Kim Hye Yoon, Min Jin Woong, Park Gang Sub, Lee Sang Hee, and director Yoo Jong Sun. The director introduced the show by saying, “I think it’s an incredibly free and new historical drama. The perspectives through which the characters view each other and the world are different, new, and freeing.”

Regarding the cast’s comic acting, Yoo Jong Sun commented, “Comedic acting requires courage. You have to let go of yourself, think about what viewers will like best, and conjure an unfamiliar kind of acting. When I was happy, seeing those beside me showcase that courage made me feel that they were courageous, and I hope that that courage is conveyed to viewers as enjoyment.” 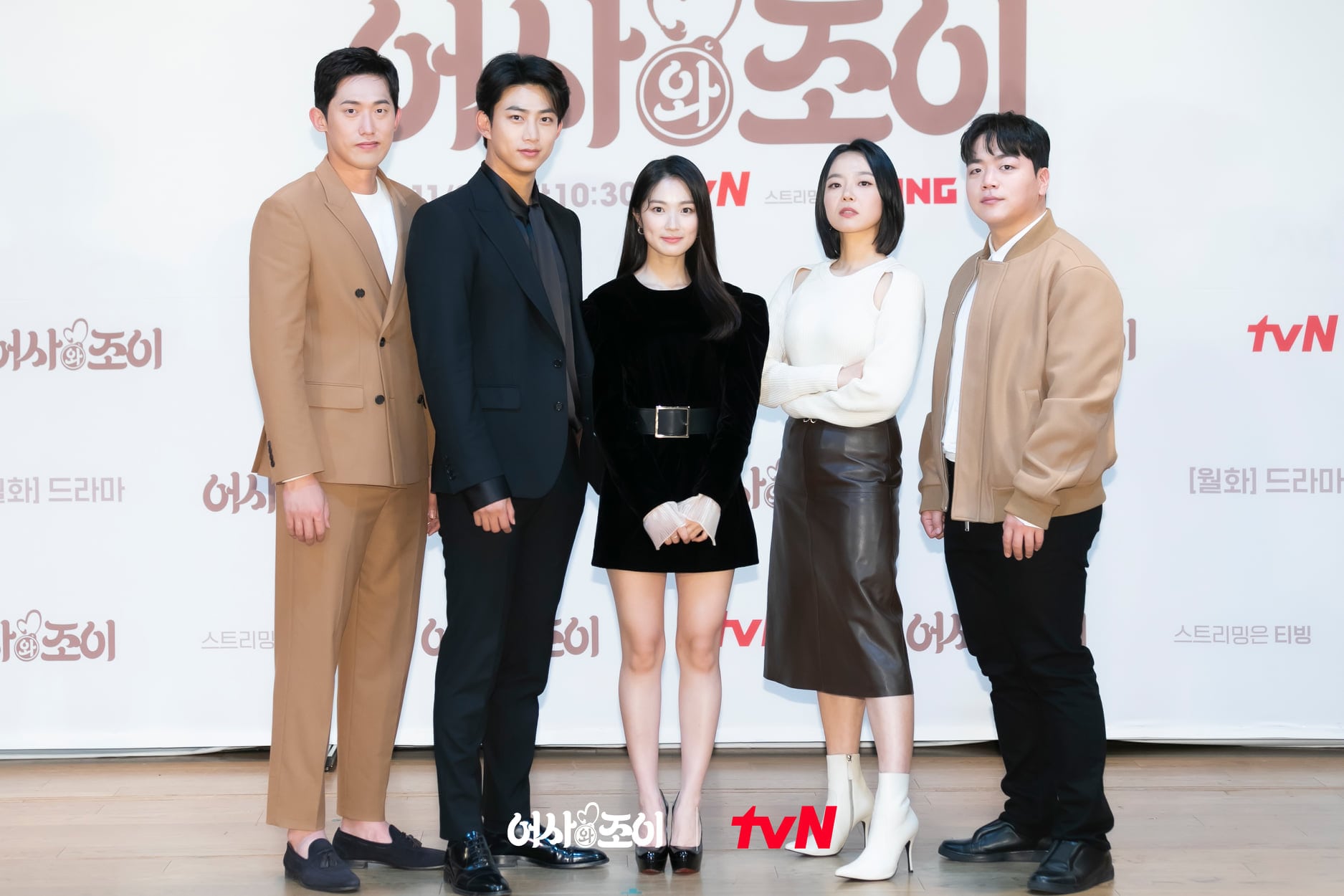 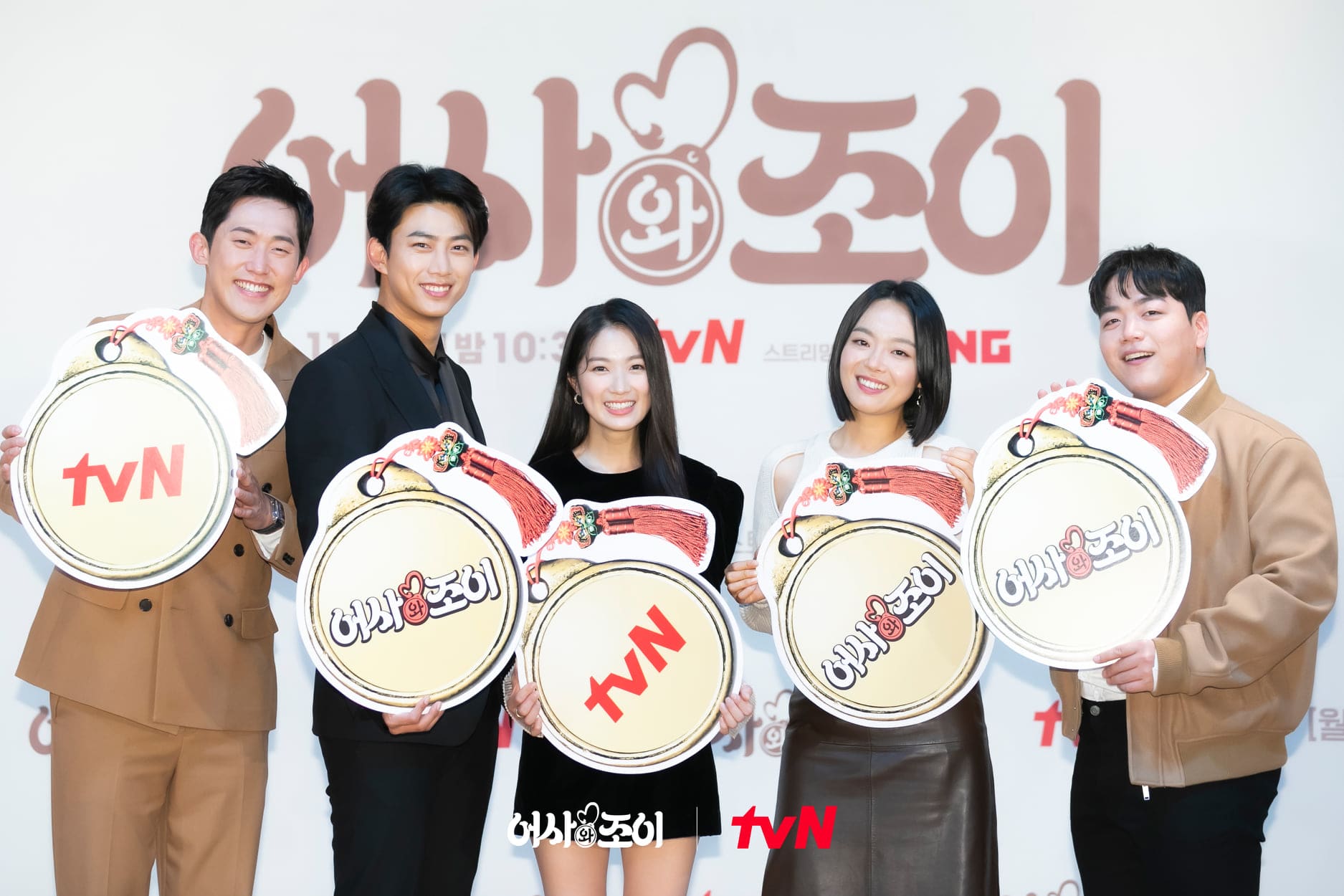 “Secret Royal Inspector & Joy” marks Taecyeon’s first historical comedy drama, and he commented, “I felt a lot of pressure. I was nervous because it was my first long historical drama. With comedy, even if something’s funny on set, you’re curious about how viewers will see it once it airs. So I went into our first filming with a lot of nerves.”

He also shared why he chose to star in the drama, saying, “I read the script while I was filming ‘Vincenzo.’ I read the script just when ‘Vincenzo’ was about to end. In the latter half of ‘Vincenzo,’ I personally had a hard time because of all the brutal aspects, but I felt like I was being healed while reading the ‘Secret Royal Inspector & Joy’ script. I joined because the character of Joy was so funny, and I felt that it would be so fun and healing to act as the secret royal inspector character by her side.”

For his character’s most charming point, Taecyeon remarked, “It’s true that the character of Ra Yi Eon has an unexpected charm. You may think that a typical secret royal inspector is cool and mostly stays in hiding, but only half of that is right. Just like when people see Ok Taecyeon, there are times when you go, ‘He’s cool,’ but he also has a charming foolishness. Similarly, [Ra Yi Eon] is someone who’s cool but lacks a lot of things and has a variety of colors. You could say he’s the Ok Taecyeon of the Joseon era.” 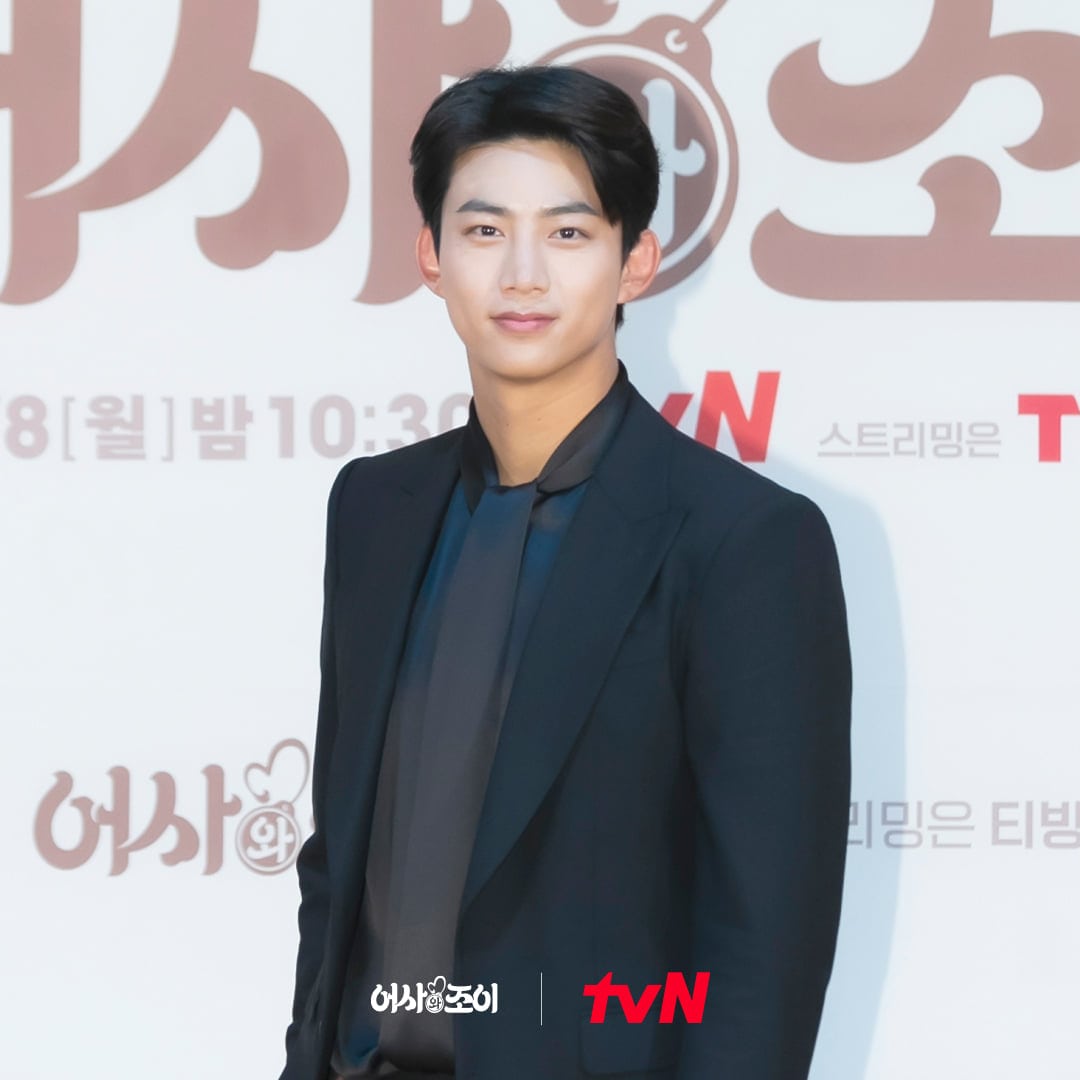 Kim Hye Yoon plays Joy, a character who marries a mama’s boy with a gambling addiction and then divorces him, despite divorce being very uncommon in that era. As “Secret Royal Inspector & Joy” is also Kim Hye Yoon’s first proper historical drama, she commented, “I played a short [historical] role in my last drama, but getting a taste made me think that it was a genre I really wanted to try. I’m glad that a good opportunity found me so quickly.”

Regarding her character, Kim Hye Yoon shared, “I could describe Joy as someone who is bold and seeks happiness.” 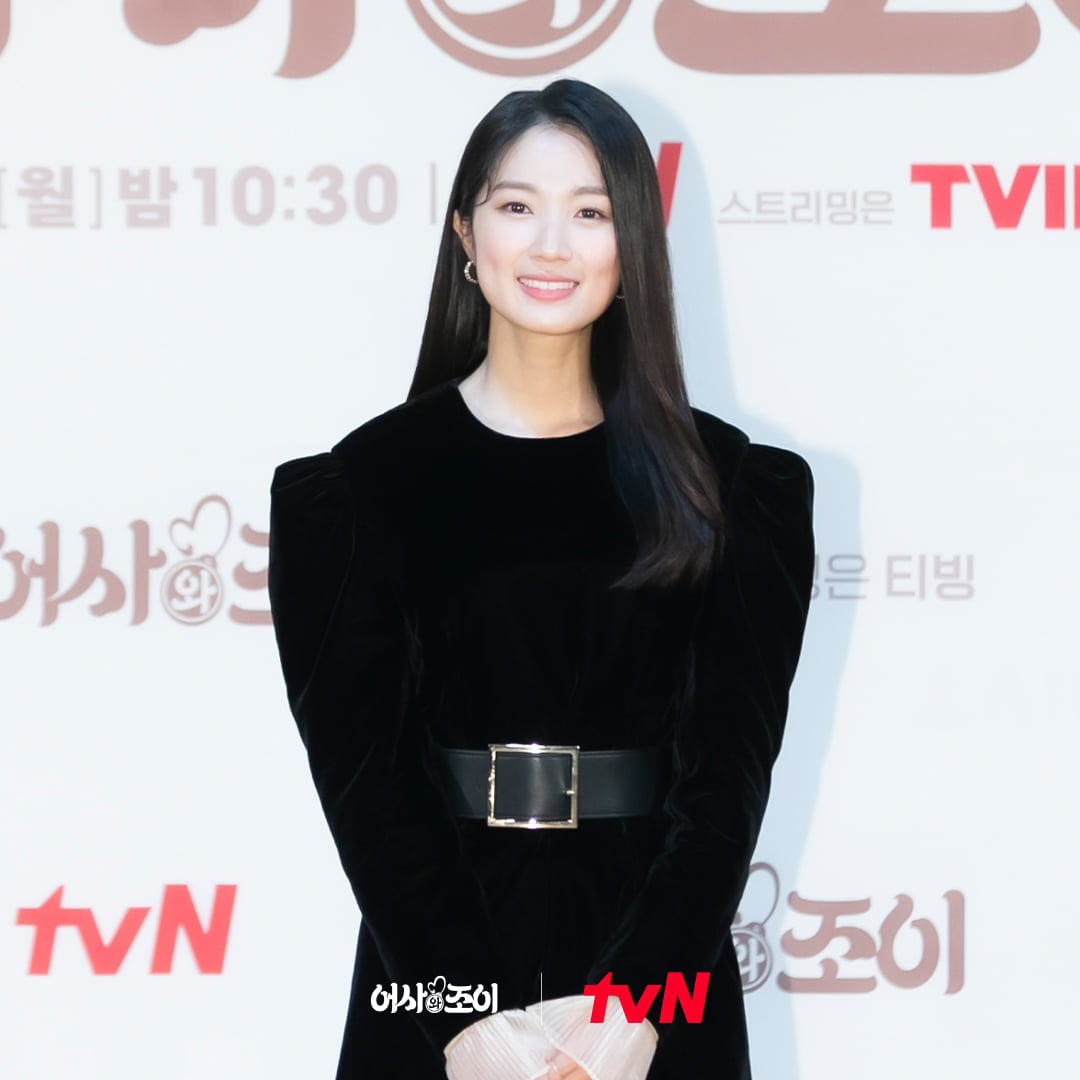 The two actors also discussed their chemistry, with Taecyeon sharing, “I’ve been filming with Kim Hye Yoon for about six months, and I think our chemistry has been really good. The character of Joy is one who’s very charming and bubbly, and the person who’s playing her is Kim Hye Yoon, who fits the character perfectly, so I’m enjoying watching her lovely and cute side while filming.” 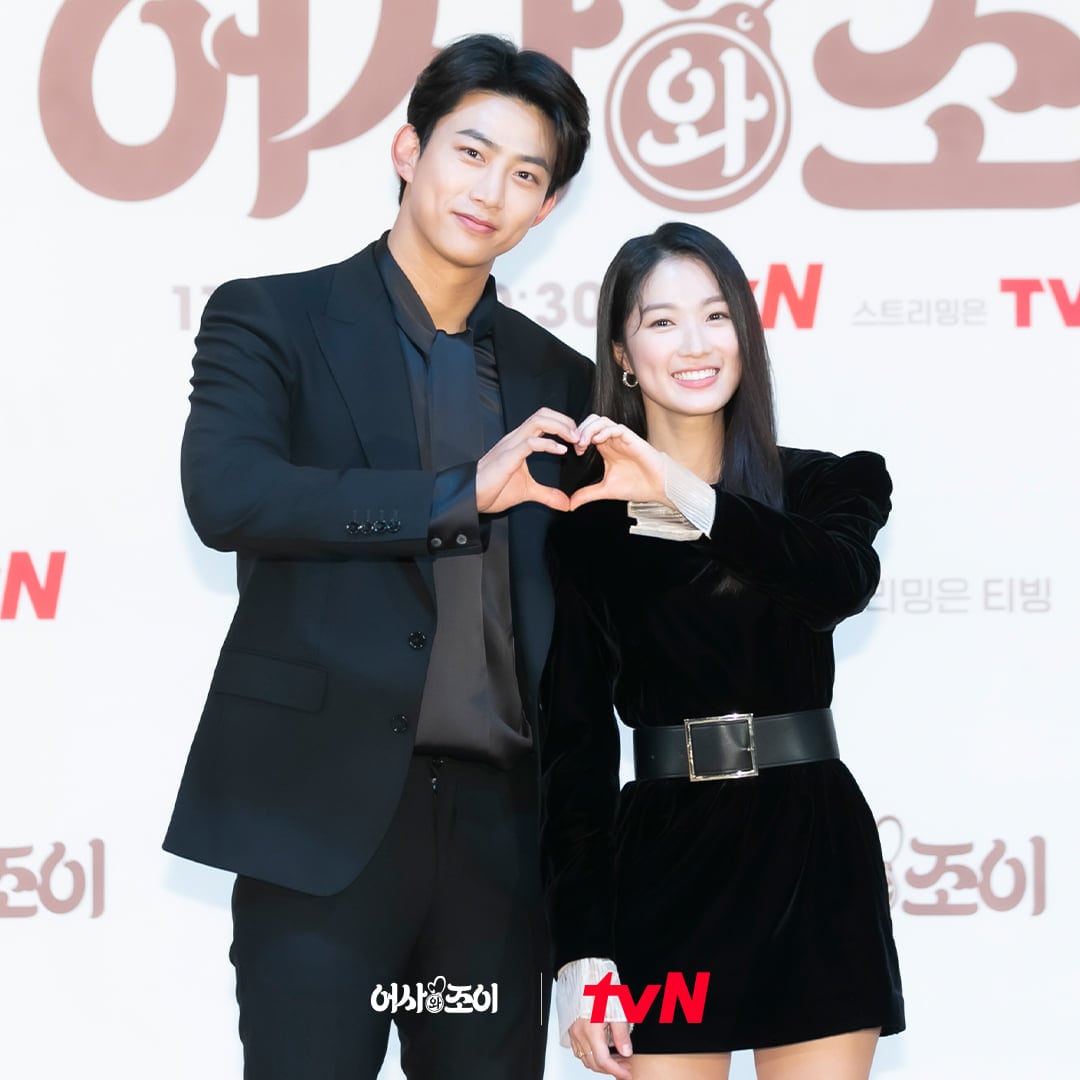 Finally, the cast addressed viewers directly, with Lee Sang Hee starting by saying, “All of the characters in our drama have distinct personalities. The writer wrote the characters’ personalities well, so we’re trying our best to portray them well. Thankfully, acting together is so much fun, and I think our chemistry is great. I believe everyone will be able to feel that too.”

Park Gang Sub commented, “I believe our chemistry will be perfectly captured [on screen]. In the hot summer, we traveled to every corner, and I believe a pretty picture will be created from our fun and refreshing historical drama.” Kim Hye Yoon added, “Please give lots of love to ‘Secret Royal Inspector & Joy,’ which has both comedy and emotion.”

Taecyeon shared, “We’ve been filming for six months, and we’ll continue through the winter. We’ve worked hard and enjoyed filming. I hope [our drama] heals everyone as much as I felt healed when I read the script for the first time.” Finally, Yoo Jong Sun remarked, “It was fun seeing the actors find their own unique, irreplaceable colors. I hope viewers also enjoy seeing those colors.”