Based on a popular webtoon, “Shadow Beauty” will tell the story of high school student Goo Ae Jin, who is a bullied loner at school (played by Shim Dal Gi). However, she leads a double life online as a social media star and influencer named “Genie” who is renowned for her flawless looks (played by fromis_9’s Lee Nagyung).

The eerie and mysterious main group poster features Shim Dal Gi, Bomin, Lee Nagyung, and PENTAGON’s Hongseok. A hidden detail is that Genie and Goo Ae Jin are wearing the same uniform with Genie’s name tag reading “Goo Ae Jin.” While Goo Ae Jin has a blank expression, Genie on the other hand flaunts a small smile. The caption reads, “The real image you’ve been hiding. Who’s the real you?” 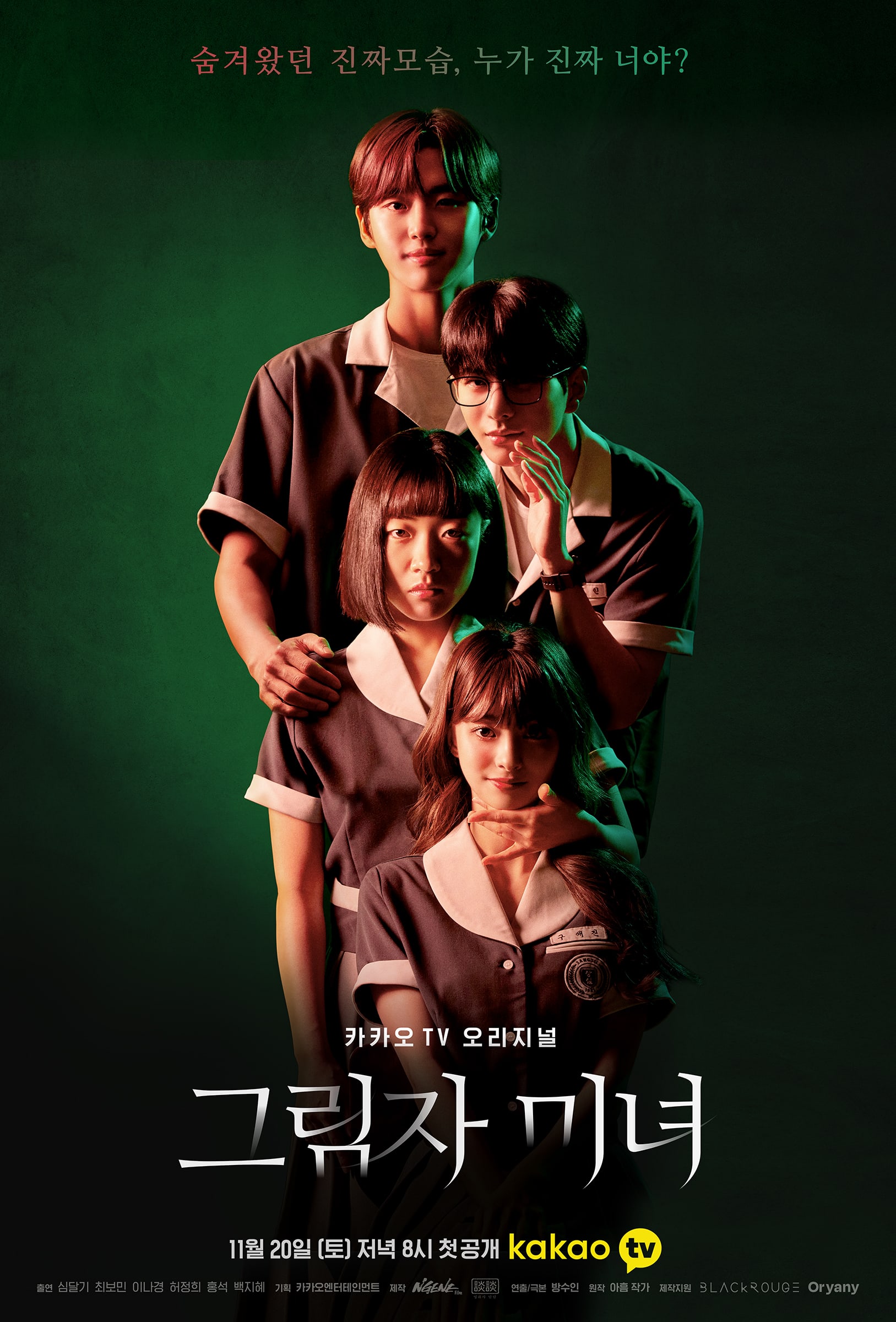 Also released were character posters for Goo Ae Jin, Kim Ho In (Bomin), Lee Jin Sung (Hongseok), and Yang Ha Neul (Heo Jung Hee). Goo Ae Jin’s poster captures her sad gaze as the class loner who’s bullied by the other students. While she looks like she’s on the verge of tears, there’s also a sense of strength in her firm gaze. The poster reads, “I know too. That no one cares about or relates to my tears.” 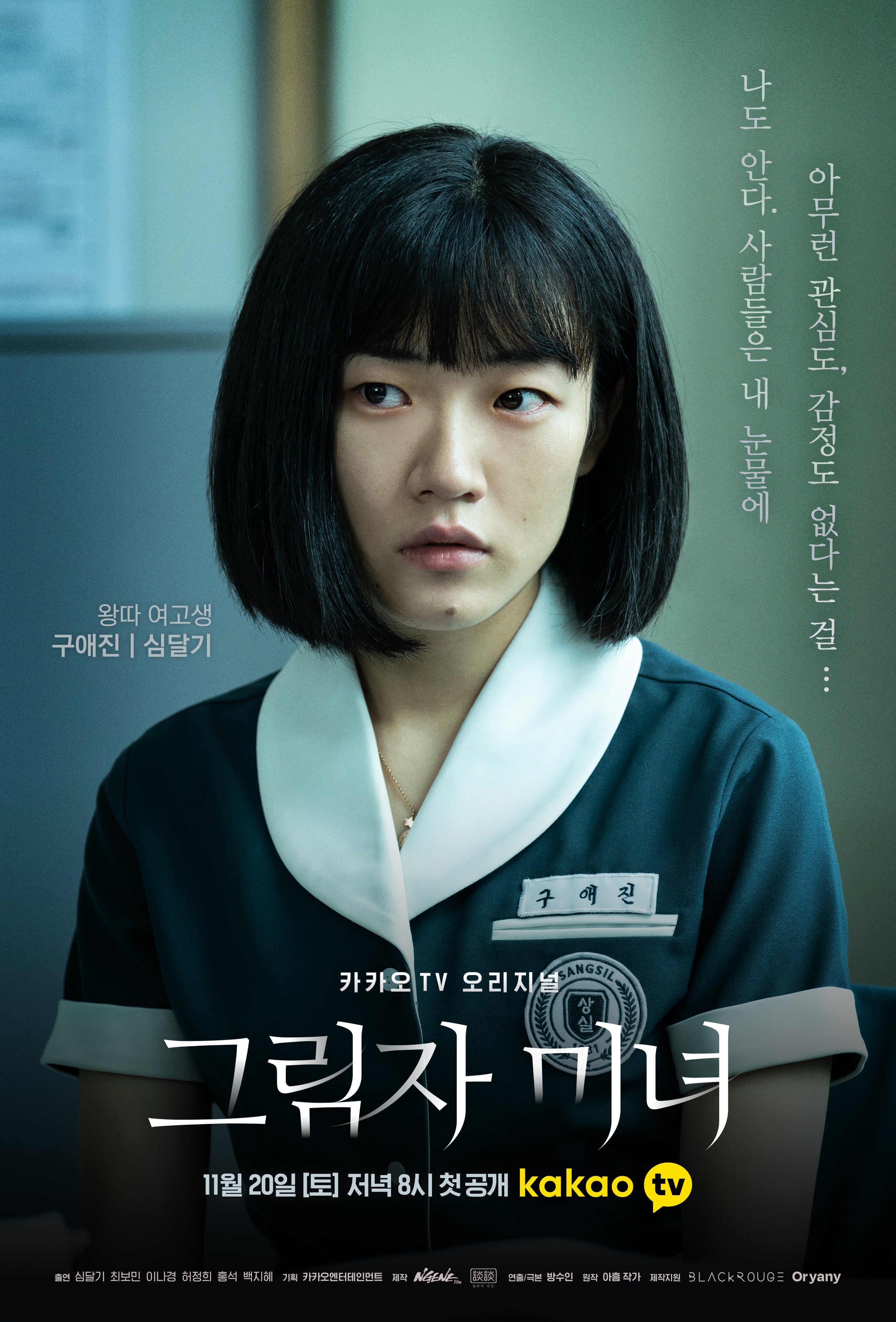 Kim Ho In is the president of Goo Ae Jin’s class and is the perfect model student. He looks focused and solemn and the caption reads, “There are so many things about you that I’m curious about… What about you?” 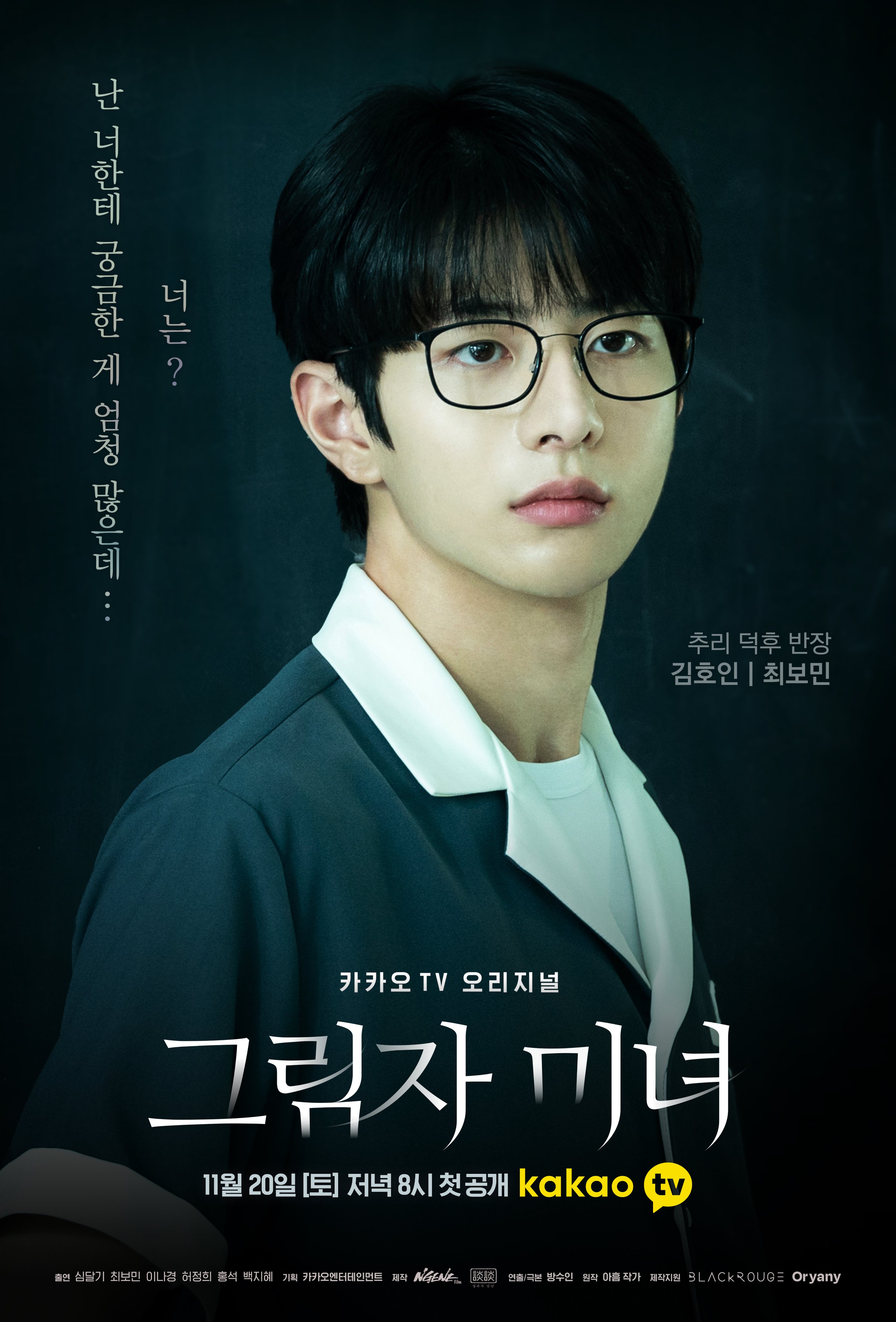 Lee Jin Sung is a trainee who dreams of becoming an idol and his bright smile is very telling of his energetic personality. His poster caption reads, “Hey, I believe anything you say. Isn’t that weird?” The comment captures his Busan dialect and the character’s simplicity, as well as his warmth and determination to become Goo Ae Jin’s only friend. 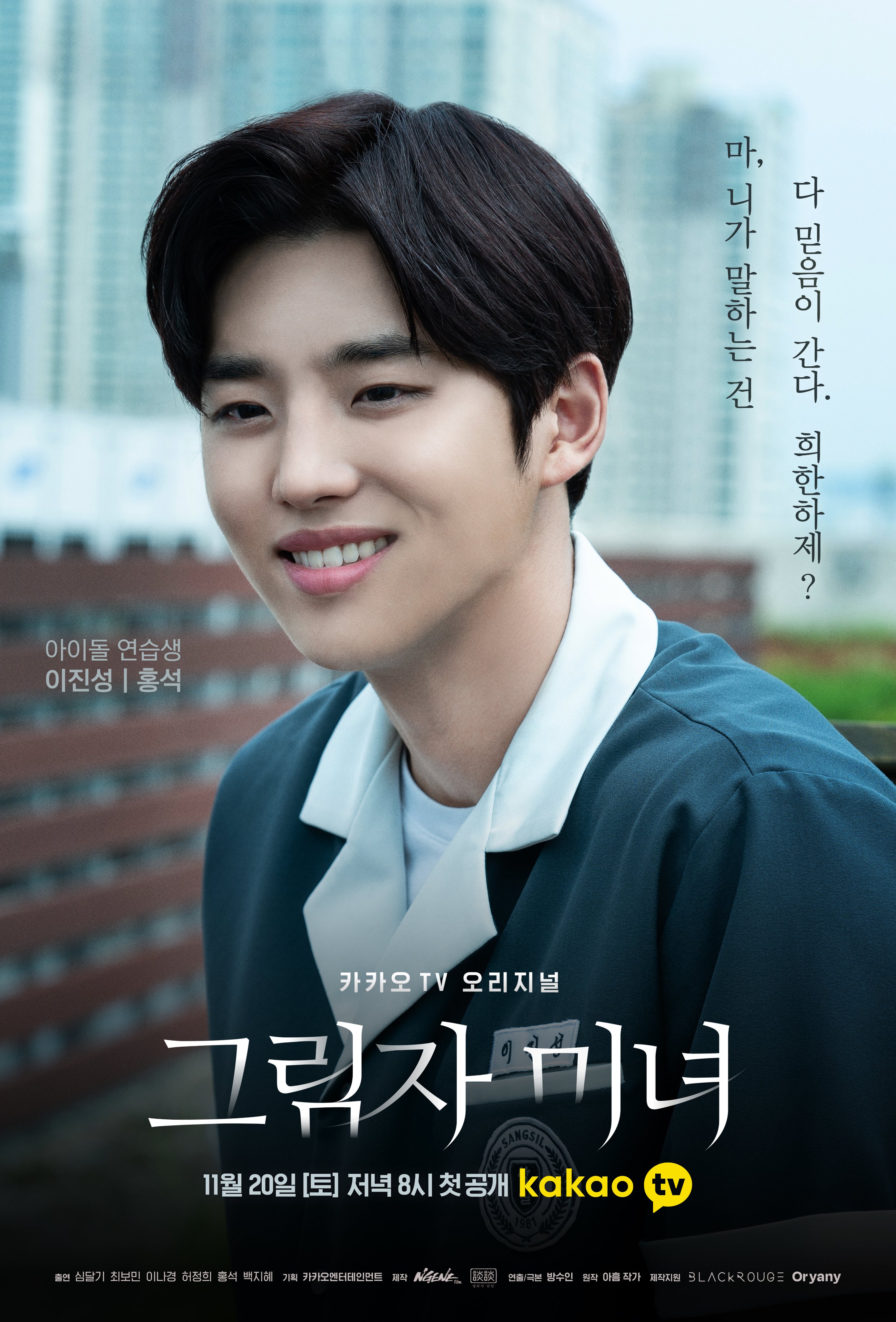 The last poster features Yang Ha Neul, Goo Ae Jin’s biggest bully. With her arms crossed and her gaze fixed, it’s evident that she arms herself with her rude demeanor. The caption reads, “Do you think people are insignificant and not worth taking seriously? You ugly witch!” 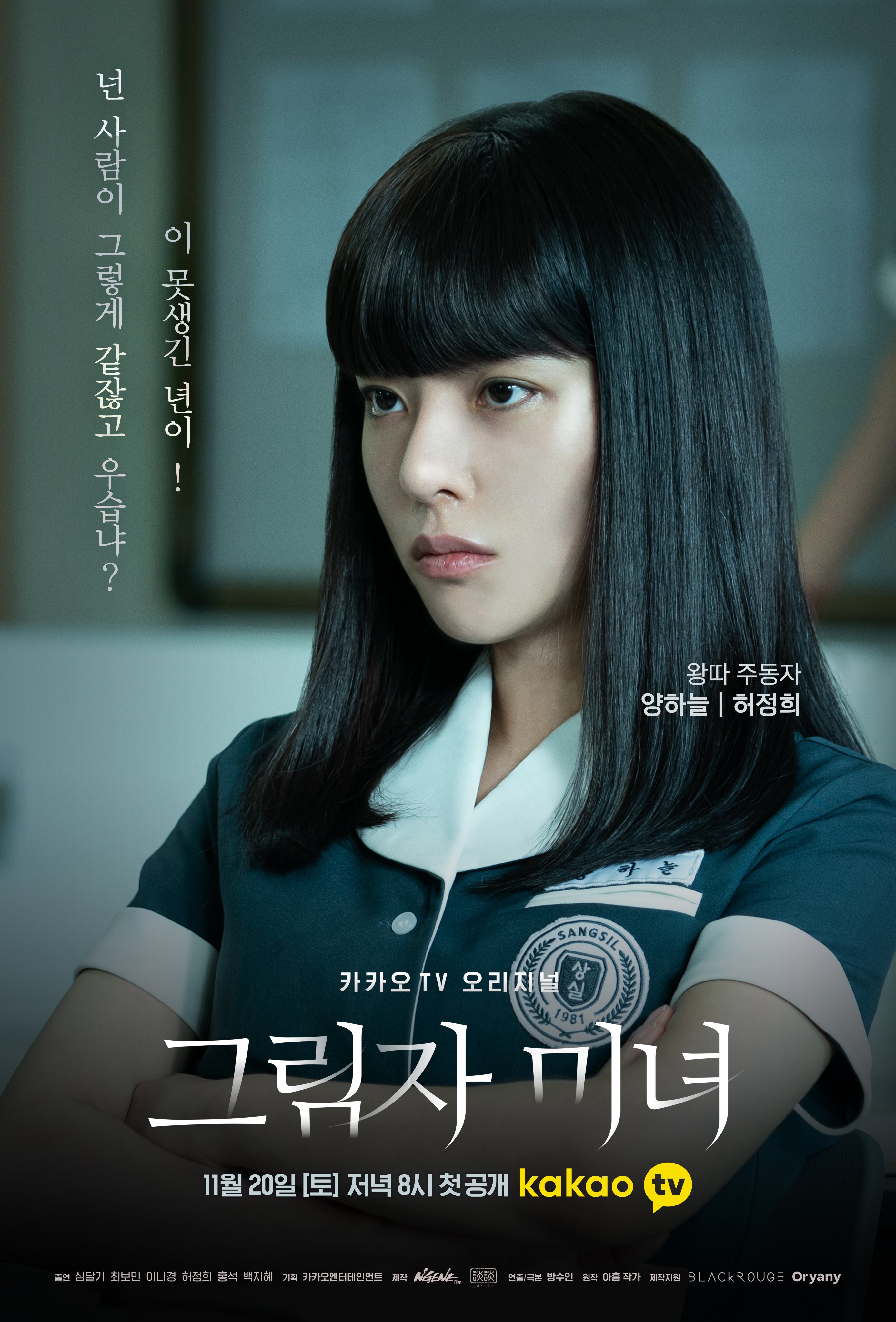 “Shadow Beauty” premieres on November 20 and airs every Wednesday and Saturday at 8 p.m. KST. The drama will also be available on Viki with English subtitles.