2PM’s Taecyeon and his squad will be going undercover on the next episode of “Secret Royal Inspector & Joy”!

“Secret Royal Inspector & Joy” is a new tvN historical comedy drama starring 2PM’s Taecyeon as Ra Yi Eon, a young gourmand who is appointed a secret royal inspector (a government official who travels undercover to local provinces to inspect them and uncover corruption) against his will. Kim Hye Yoon stars as Kim Jo Yi, a divorced woman searching for happiness who winds up joining forces with him to investigate and battle corruption.

On the previous episode of “Secret Royal Inspector & Joy,” Ra Yi Eon and Kim Jo Yi unexpectedly ran into each other once again in the woods. The two were there for different reasons: Ra Yi Eon was on his way to solve the mystery surrounding the crown prince’s death, while Kim Jo Yi was preparing to start the second chapter of her life. However, their reunion quickly took a turn for the worse when they were attacked by bandits.

The episode ended on an epic cliffhanger: just when their squad had barely managed to free themselves and escape, a terrifying ghost appeared before them, making it impossible to predict what would happen next.

In newly released stills from the drama’s next episode, Ra Yi Eon and his trusty servants Yook Chil (played by Min Jin Woong) and Goo Pal (Park Gang Sub) passionately throw themselves into an undercover mission. In order to investigate the enemy, Ra Yi Eon poses as a fun-loving libertine who parties hard, and Yook Chil joins him by dressing up as an aristocrat.

The photos capture Ra Yi Eon letting loose in broad daylight as he pretends to use a bottle of alcohol as a trumpet, while Yook Chil uses the opportunity to show off his hippest dance moves. Goo Pal, on the other hand, has made an even more dramatic transformation by disguising himself as a woman. 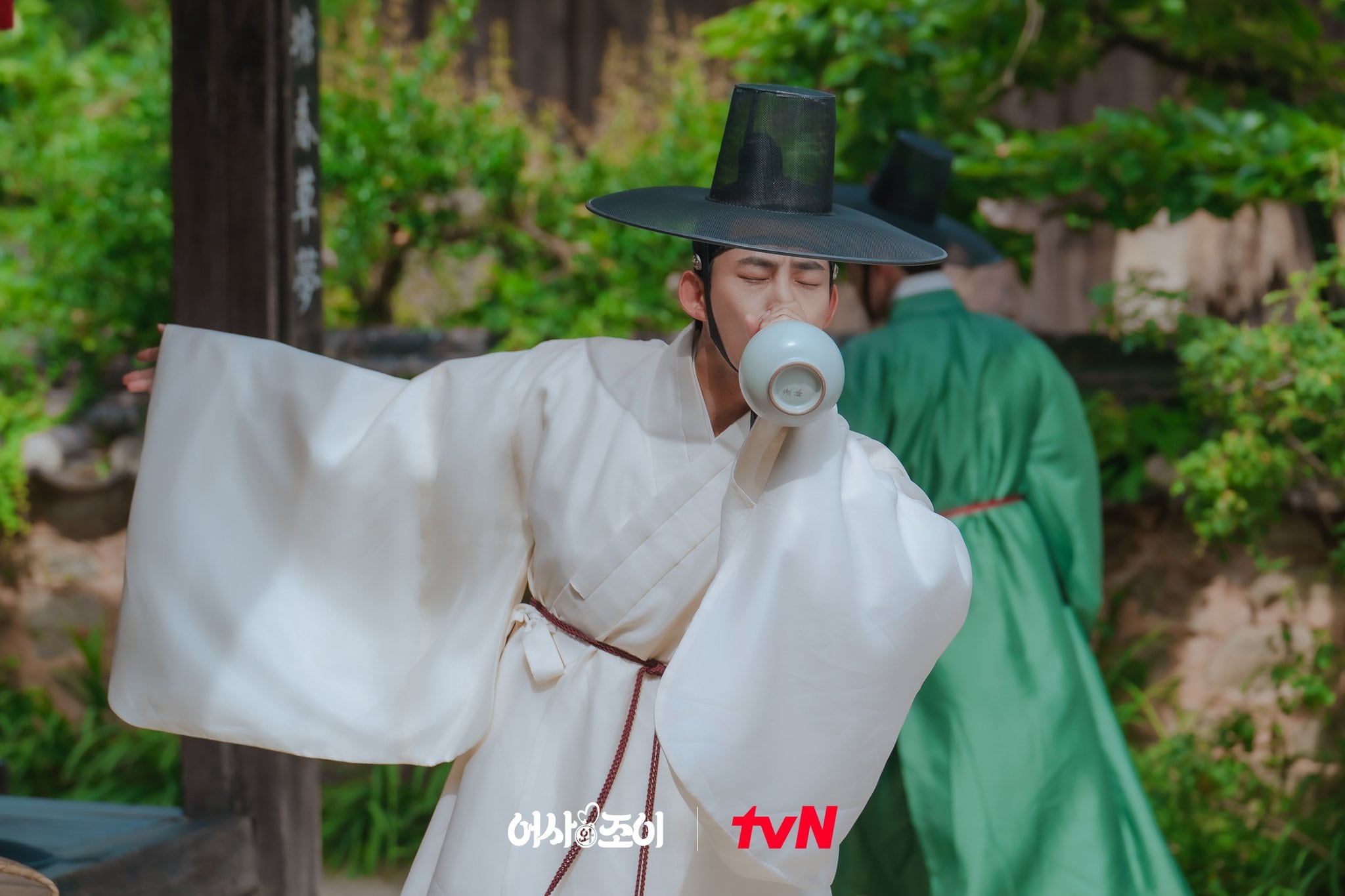 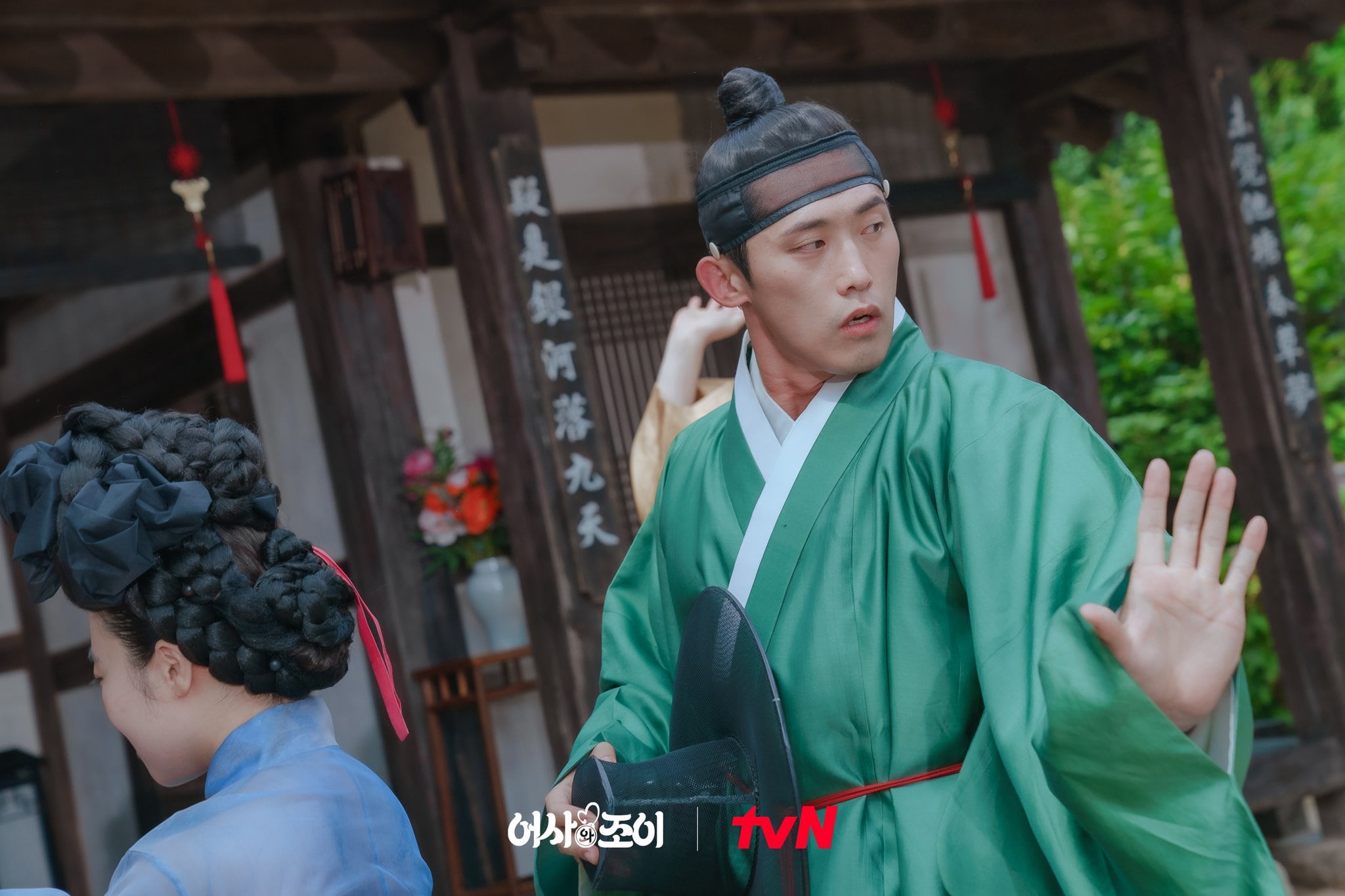 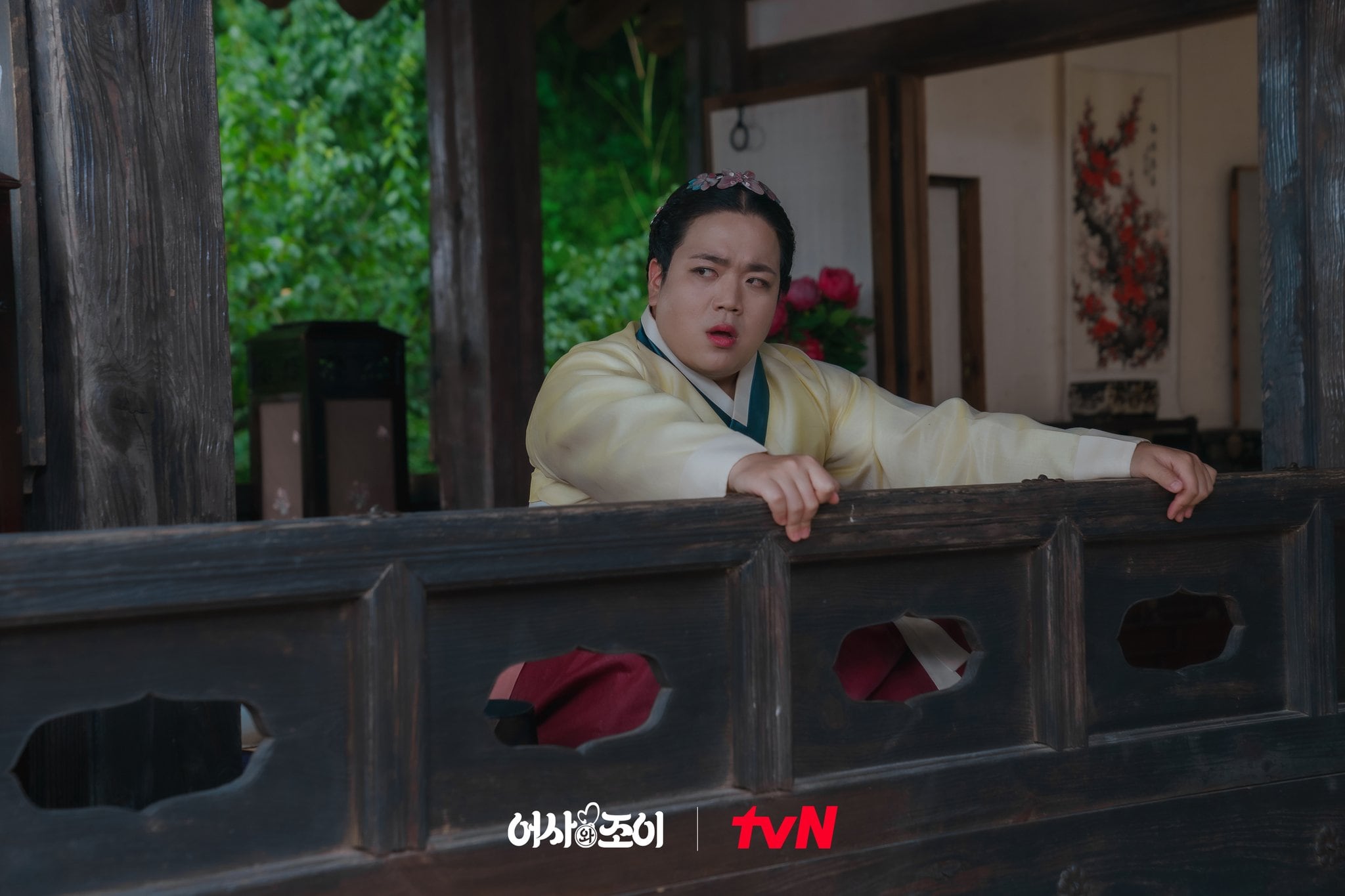 Perhaps as a result of his efforts, Ra Yi Eon finally winds up coming face to face with villain Park Tae Seo (played by Lee Jae Kyoon). Despite his relaxed smile, Ra Yi Eon’s sharp gaze suggests that he sees right through Park Tae Seo, who takes a sip of his drink amidst the tense atmosphere. 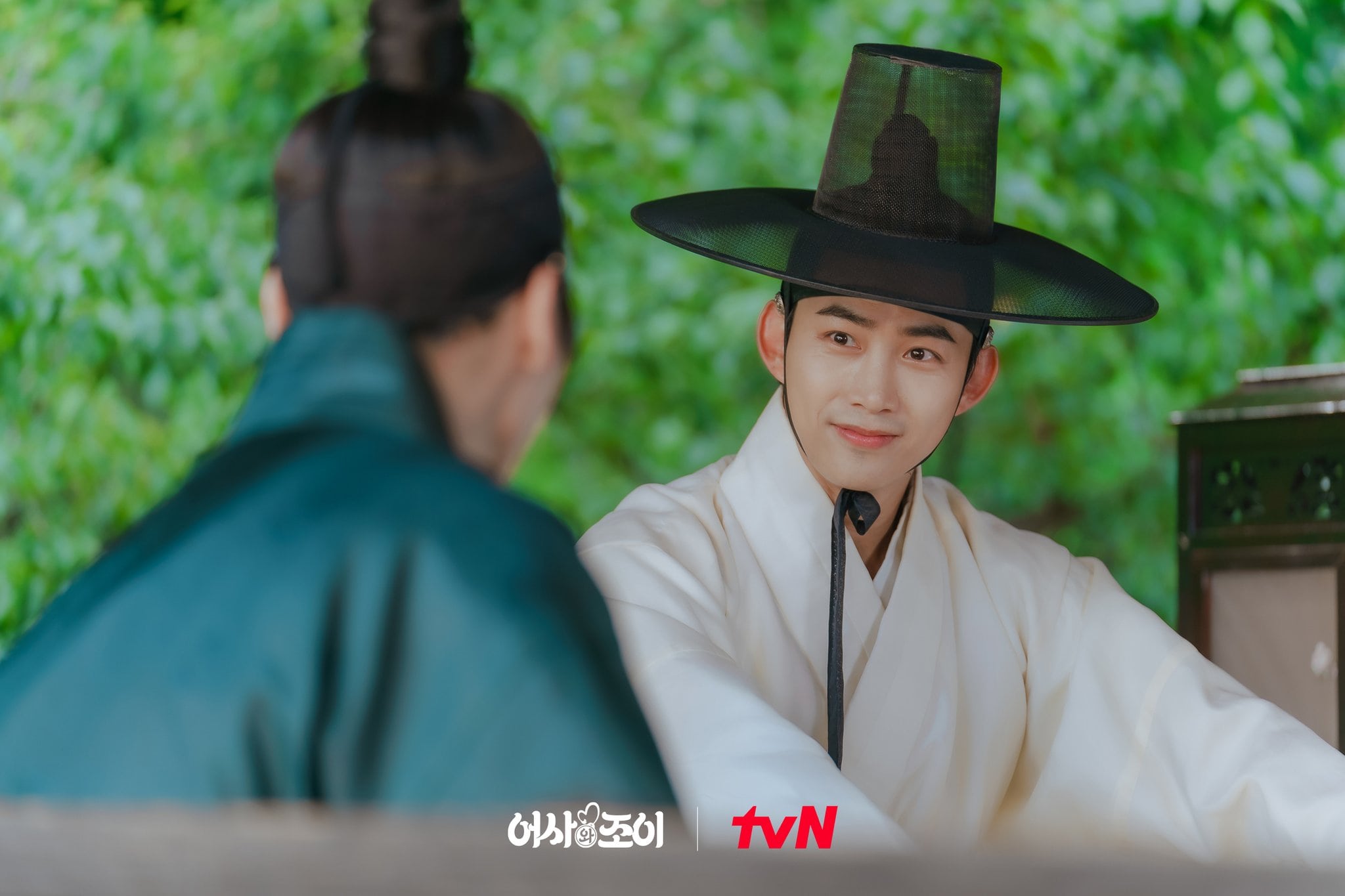 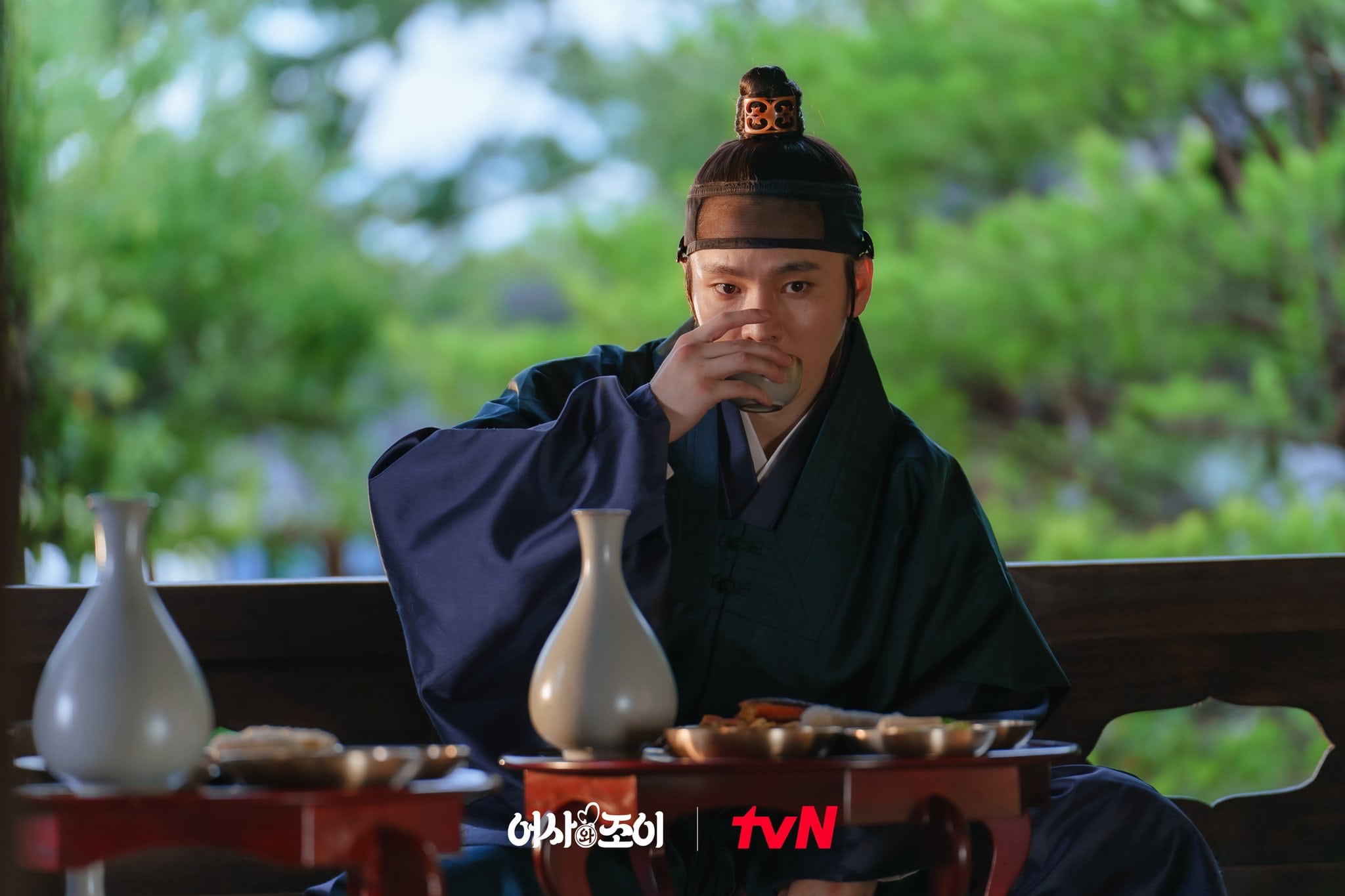 The producers of “Secret Royal Inspector & Joy” remarked, “Episode 4 is an important episode where the entire investigation squad gets together. You can safely look forward to their refreshing and delightful teamwork.”