Lee Hak Joo Talks About Playing Villain Roles, Which Actress Is His Ideal Type, And More

During the show, Song Eun Yi asked if Lee Hak Joo had taken on a lot of villainous roles over his career. The actor replied, “No, that’s not true. But it has happened that the ones where I played a villain were bigger hits.”

Lee Hak Joo shared, “There was a chemistry teacher at my high school that I keep in touch with. After ‘The World of the Married,’ they contacted me. They said, ‘I’m confused because it feels like the person I knew in high school and now is a lie and your character is the real person instead.'”

Asked if he had been a model student, he answered, “That teacher had the same birthday as me, and when they taught me, it felt like it was their first time in that job. That’s how we became close.” He said that his highest ranking at school had been second in his class. 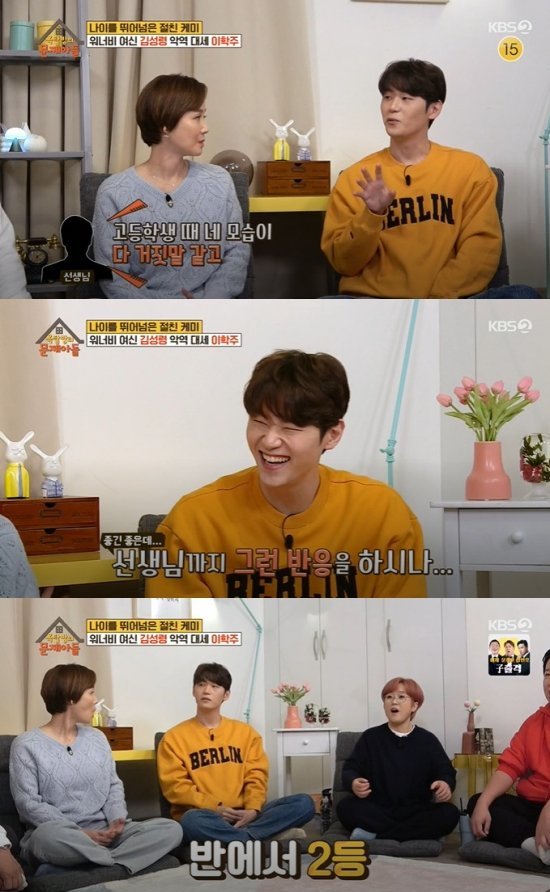 Lee Hak Joo was also asked if it felt good to be cursed out when playing a villainous role, as that meant that he had pulled off the character well. He said, “At first, it didn’t feel good, because being cursed out is being cursed out. There were a lot of comments like, ‘I hate seeing him,’ and ‘He gives me a bad impression.’ It was the first time I’d heard that I gave off a bad impression in my whole life.” Asked if he’d been harassed on the street, he said, “I was afraid that would happen too, but when I wore a mask, no one recognized me.” 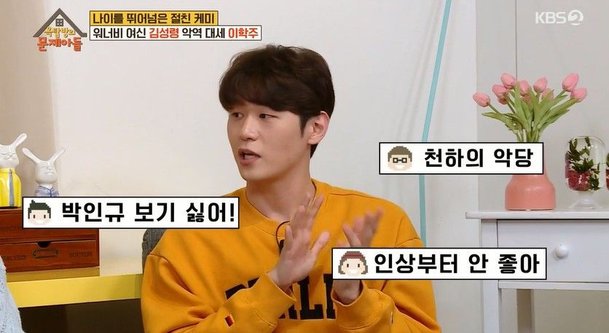 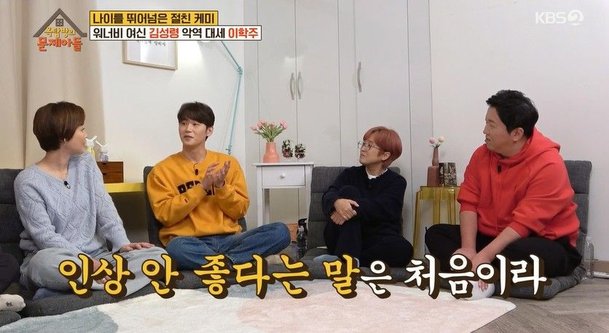 Later in the episode, Kim Sung Ryung talked about her husband, and Jung Hyung Don asked Lee Hak Joo, “When you hear stories like this, don’t you wish you were married?” Lee Hak Joo replied, “It would be nice if I could get married some day.” Asked about his ideal type, he picked the actress Park Bo Young. 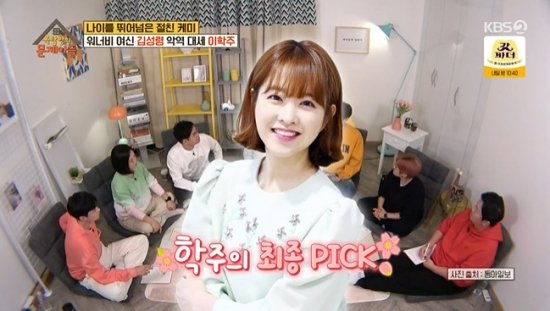