Although both Lee Sun Woo and Han Chae Rin are driven by their ambitions, they are after entirely different goals: Han Chae Rin is chasing love, while Lee Sun Woo has his eyes set on revenge. As the two characters wind up entangled in a dangerous and unpredictable relationship, they will switch back and forth between enemies and allies while becoming deeply involved in one another’s lives.

In newly released stills from the upcoming drama, Han Chae Rin proffers her hand to Lee Sun Woo with a radiant smile, while the photographer looks back at her with a warm expression. Although the atmosphere of the encounter is friendly and cheerful, the intensity of the two characters’ eyes as they gaze unflinchingly at one another hints at the fierce ambition hidden behind each of their smiles. 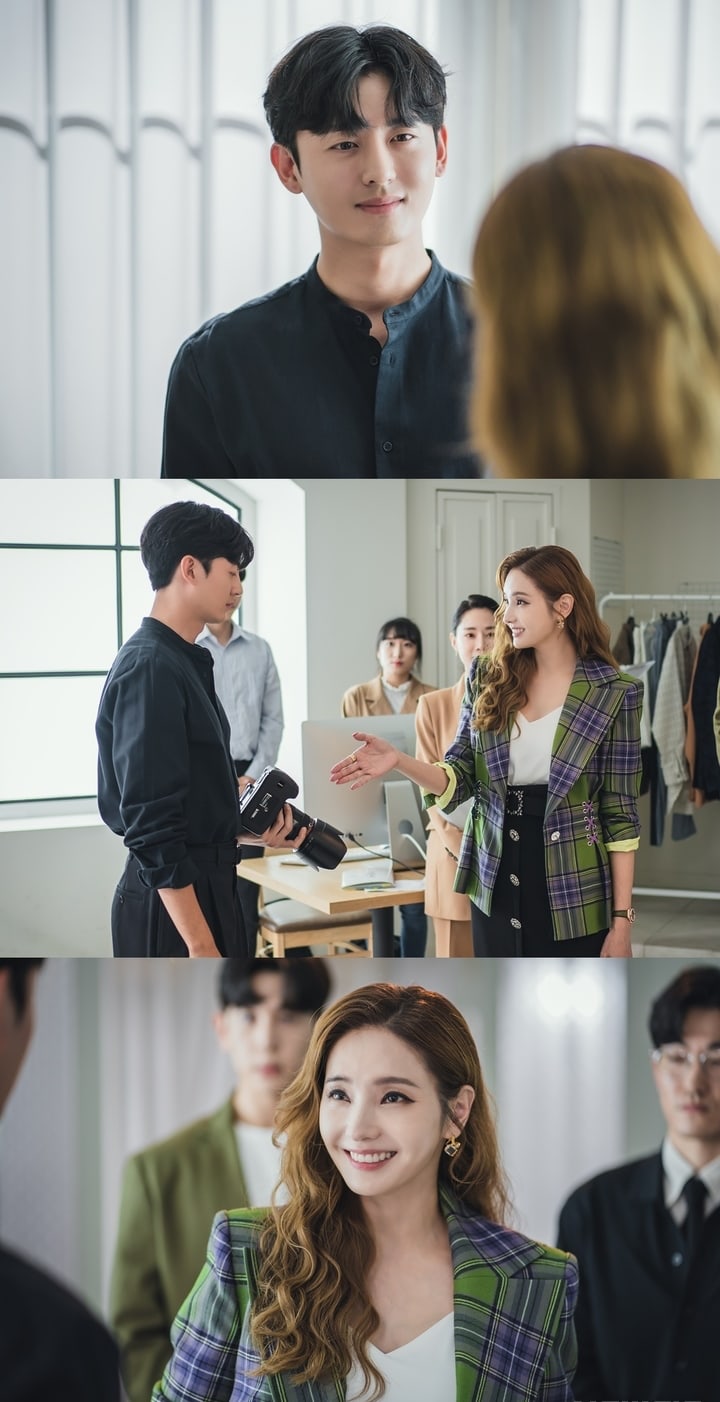 The producers of “Sponsor” remarked, “The most important thing to keep an eye on in this drama is the relationships between the characters, which are constantly being flipped upside down and inside out. You’ll be able to enjoy the drama even more if you pay attention to the subtle, nuanced emotions within those changing relationships. Please look forward to seeing what kinds of emotional waves Lee Ji Hoon and Han Chae Young will make in the story, as well as the chemistry between these two irresistibly charming people.”

In the meantime, watch Lee Ji Hoon in “River Where the Moon Rises” with subtitles below: