Based on a webtoon, “Shadow Beauty” is about a high school student named Goo Ae Jin, who is a bullied loner at school (played by Shim Dal Gi). However, she leads a double life online as a social media star and influencer named “Genie,” who is renowned for her flawless looks (played by fromis_9’s Lee Nagyung).

“Shadow Beauty” is a short-form drama in which each episode is only 20 minutes long. Director Bang Su In said, “I think that a mid-form drama is somewhere between a movie and a drama. Since the episodes are divided into 20 minutes each, you can clearly see the actors’ emotions and clearly portray the theme. The webtoon is popular, so I looked at a lot of reviews and thought about how to make it relatable.”

About casting the four leads, she said, “Of course I thought long and hard about it, but Shim Dal Gi was the only one who could play Goo Ae Jin for me. When I looked at her previous filmography, I thought she could show Goo Ae Jin’s big energy contained inside a small body. As for Bomin, I sent him the script and he smoothly became the next person to be cast. Nagyung is the only one of these four who was cast by audition. We did a lot of auditions for the role of Genie, but Nagyung was cast as if by fate on the very last day, at the very end of the line. When I first met Hongseok at the casting meeting, I really thought that Jin Sung [his character] was walking toward me. I wondered if I should fix the lines in case he couldn’t speak in dialect, but he did well.” 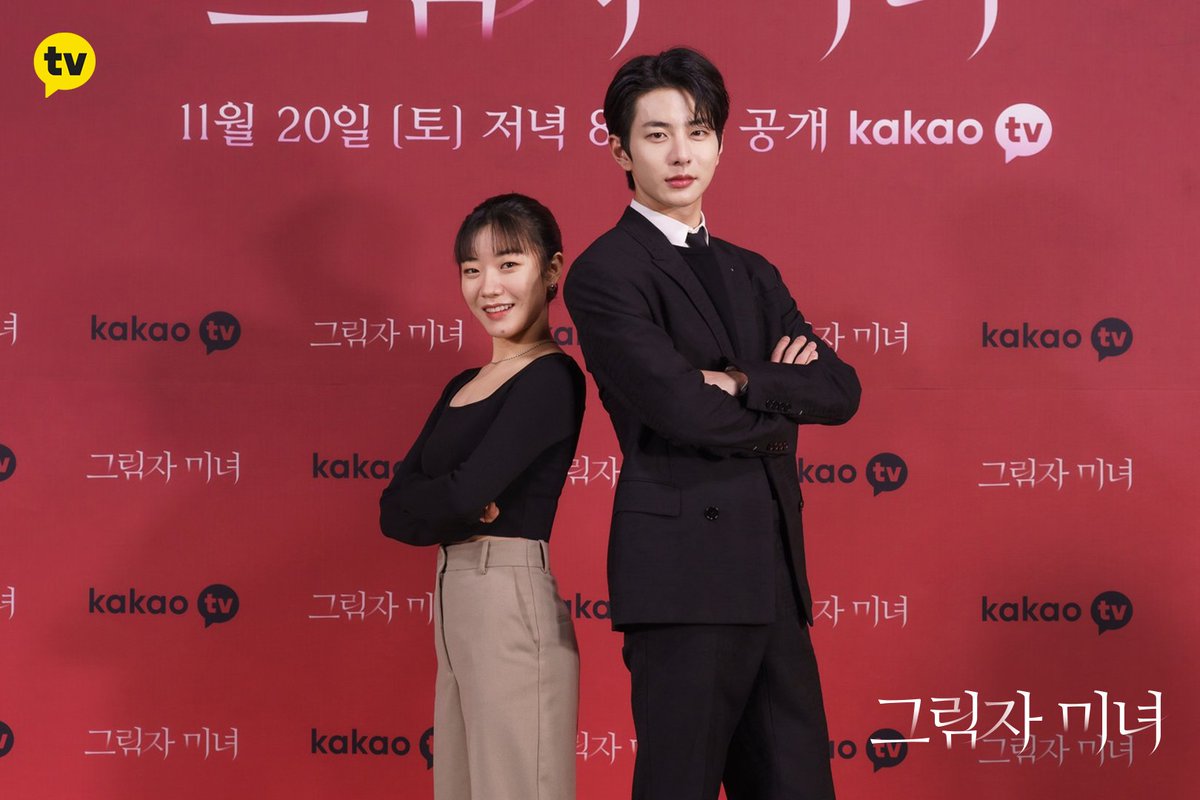 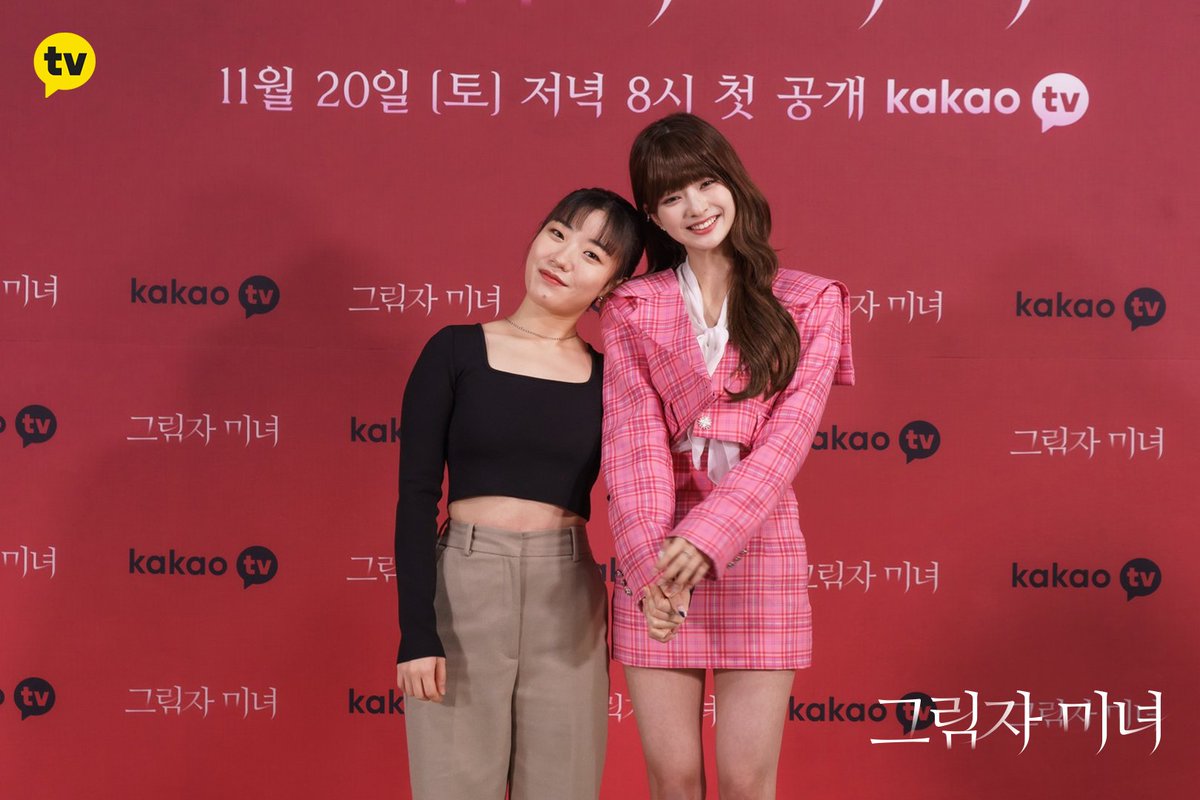 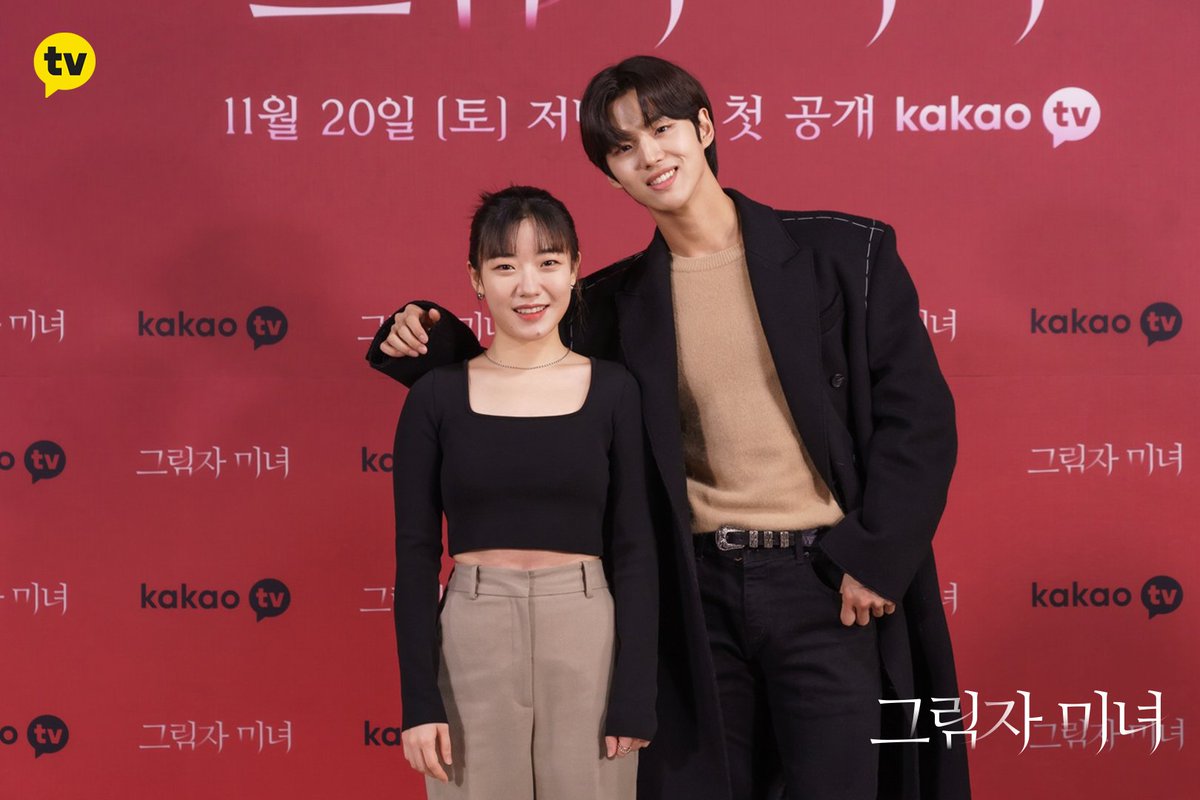 About playing the lead role, Shim Dal Gi said, “The opportunity came faster than I was expecting it. I was a little bit afraid, but once I was on set, it was fun. At first, I was like, ‘This is too fun?’, but in the middle I started to understand the concrete hardships that come with being a lead actor. I learned that it’s important to manage your stamina. Also, a character like Goo Ae Jin isn’t easy. Playing the lead was one thing, but the role of Goo Ae Jin itself was tough.” 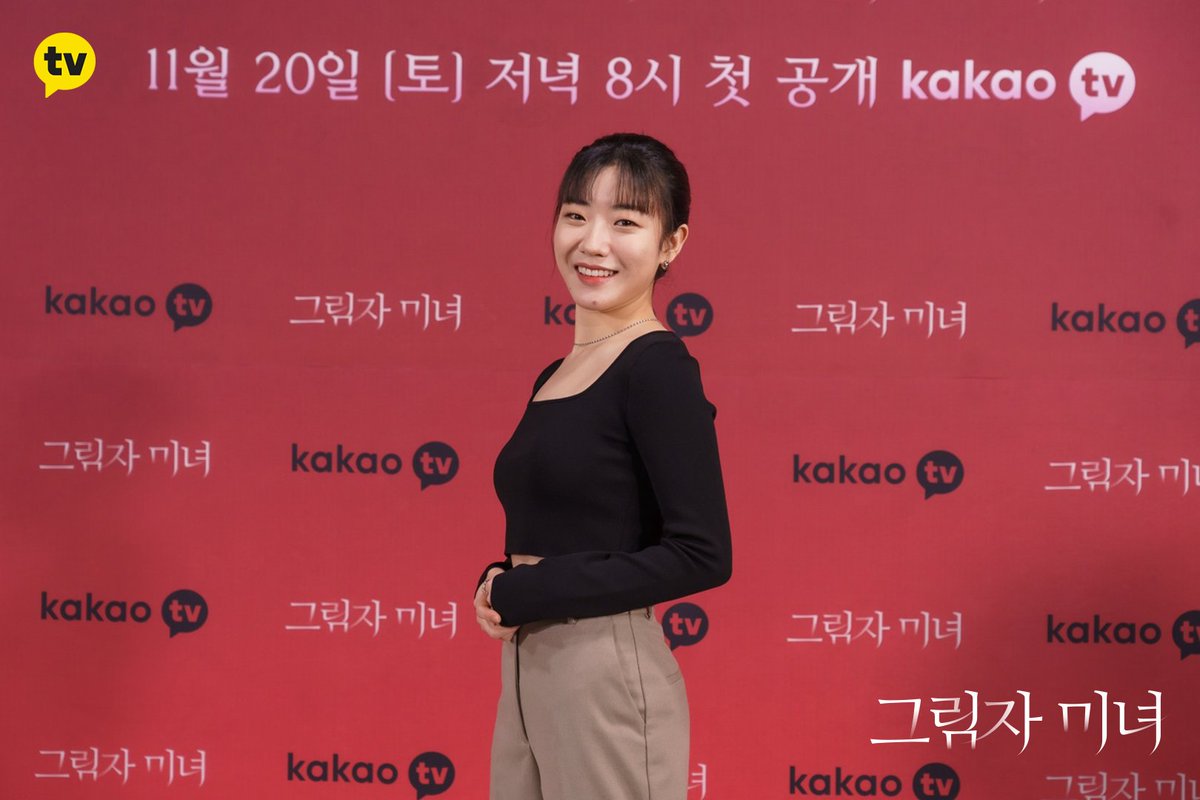 Lee Nagyung said, “[To prepare for the role], I researched a lot of real-life influencers and thought about how I could look like a real influencer. I’m really nervous and excited [for my first acting project], and I’m worried about how it will turn out onscreen.” 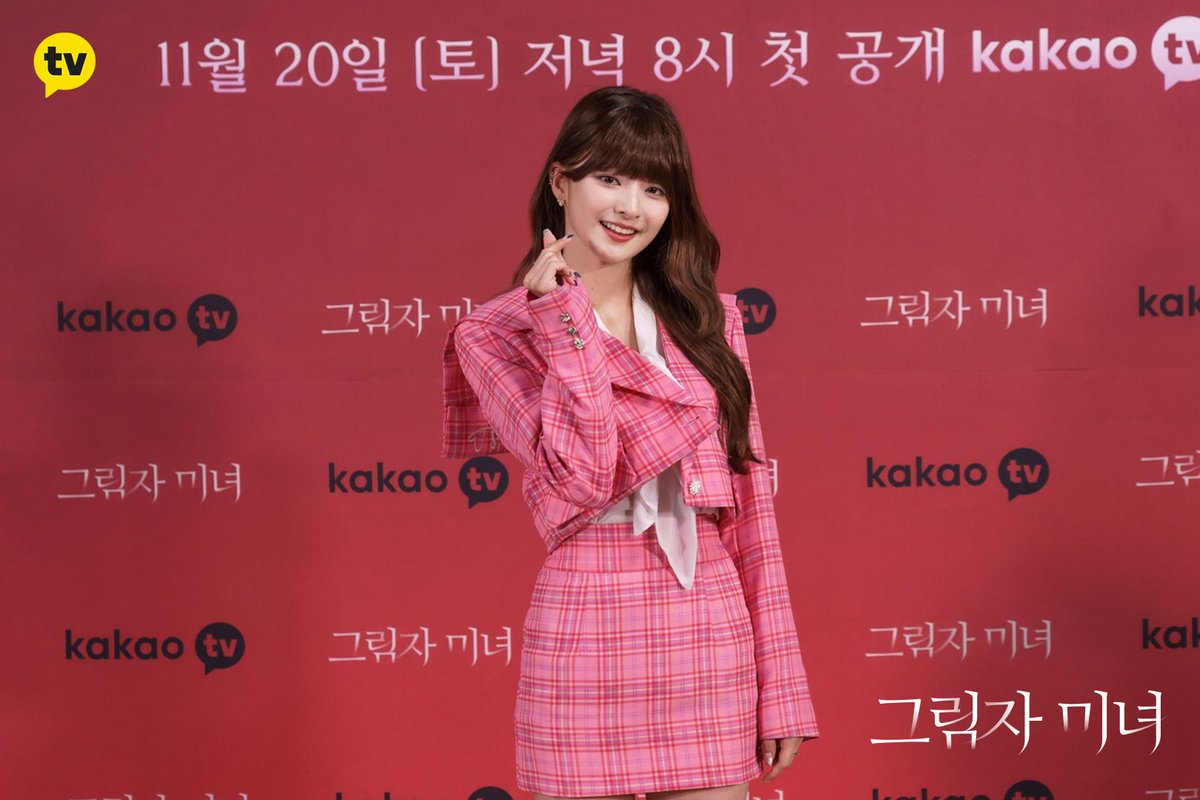 Bomin plays Kim Ho In, a model student and the class president who is secretly a fan of solving mysteries. He said, “I’m not the type to enjoy reading webtoons, but this was the first time that I paid for and read a webtoon. I was worried about playing a character I hadn’t tried before, but I gained faith in myself during the meetings with the production staff. It occurred to me that this character isn’t normal at all. His thoughts and actions aren’t normal, they’re very unique.”

He added, “The [Golden Child] members are really playful, so if they see me reading a script, they’ll make jokes about it in passing. They didn’t help me when it comes to the acting, but their teasing helped me relax and change my mindset. Thanks to their playfulness and teasing, I was able to enjoy reading the script. Whenever I start a new acting project, they give me advice that isn’t really advice.”

Shim Dal Gi shared, “Bomin had the most fragile heart. I think it was our second-last filming and I heard that he cried so much. The staff members said that they didn’t know he was the type to get so attached.” Lee Nagyung chimed in, “I think he cried about five times.” 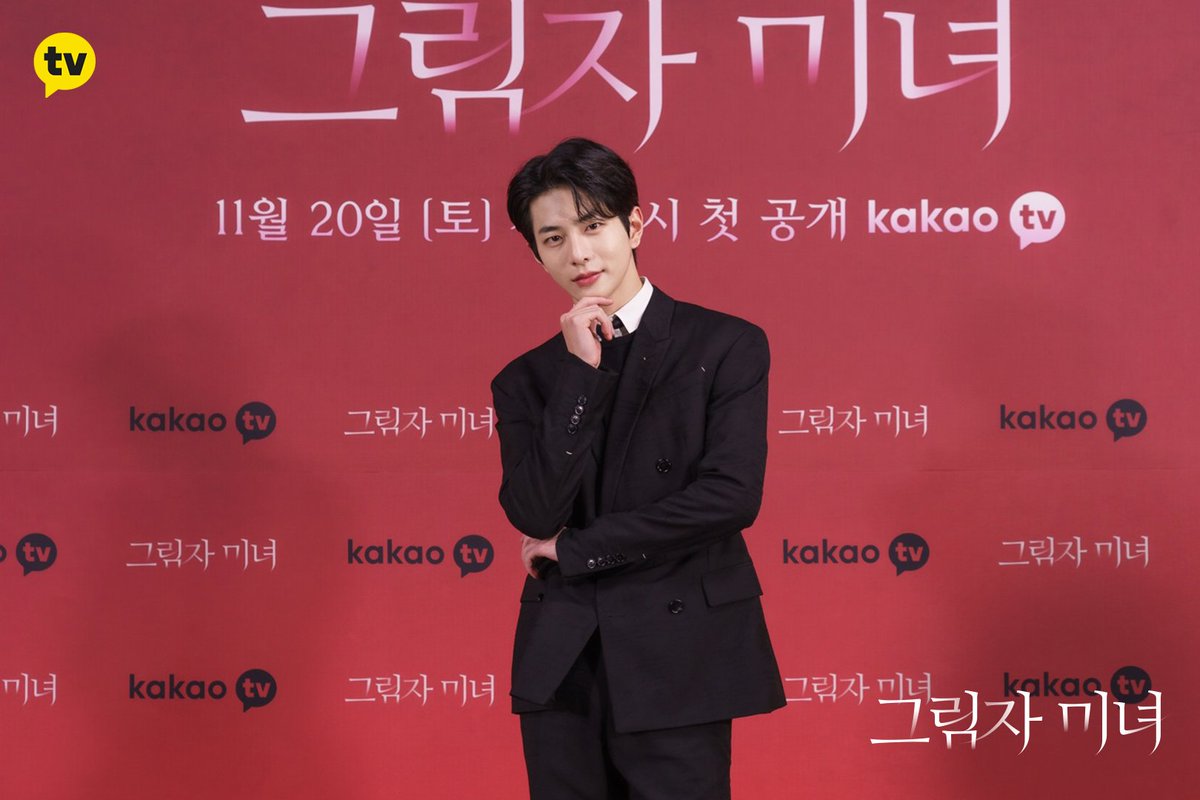 Hongseok plays Lee Jin Sung, an idol trainee who came up to Seoul from Busan. He said, “People might think that it comes naturally to me to play a trainee, but I wasn’t actually training for very long. I was able to realize a lot of new things while playing Jin Sung. I also reflected back on my short trainee period.” Hongseok said that his father is from Busan and said, “I really wanted to try speaking in dialect, because his dialect is a really important part of the character’s charm.”

Asked if the other PENTAGON members had given him advice, he joked, “There’s no one there who could give me advice. I’m the one who gives them advice.” More seriously, he said, “I practiced my dialect with them. I tried to speak in dialect even in my everyday life, and they helped me practice. It’s not hard to speak in dialect, but the dialect differs depending on the area of Gyeongsang Province. But on set, the staff from Gyeongsang Province helped me out, so I was able to pull it off without problems.” 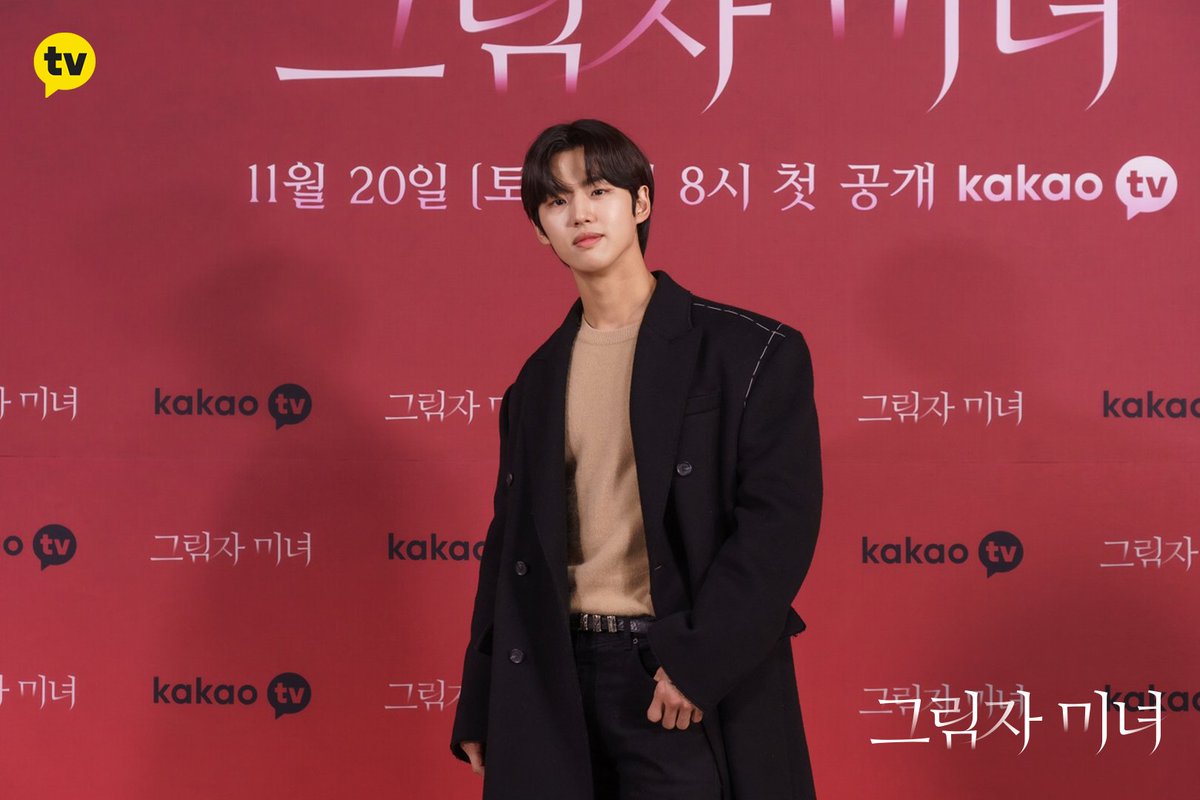 The cast also shared a promise if the drama surpasses 2 million views in two weeks. Shim Dal Gi said, “We’ll do a dance cover of Golden Child’s comeback song.” Bomin added, “We’ll cover fromis_9 and PENTAGON’s songs too.” The cast members decided that they would do a cover video for each group for each 1-million view milestone, starting with 2 million.

“Shadow Beauty” will premiere on November 20 and will be available on Viki.