In a recent interview and pictorial for Singles magazine, GOT7’s Jinyoung talked about his latest drama “Yumi’s Cells”!

The idol-turned-actor recently stole viewers’ hearts in tvN’s drama adaptation of the hit webtoon “Yumi’s Cells,” which also stars Kim Go Eun and Ahn Bo Hyun. After wrapping up its first season last month, the drama is currently preparing to return with a second season—in which Jinyoung’s character Yoo Babi is expected to feature more prominently.

Because Yoo Babi was such a beloved character in the original webtoon, Jinyoung confessed that he had been worried about living up to fans’ expectations.

“I joined the drama late, when casting had almost been completed,” recalled Jinyoung. “I worried a lot about what I would do if I didn’t fit the role of Yoo Babi well and whether I’d be able to satisfy fans of the original webtoon.”

He continued, “I filmed the drama with one goal: to hear people say that I did a good job pulling off the character of Yoo Babi.”

Jinyoung also shared that he had carefully analyzed what kinds of habits Yoo Babi might have due to his line of work. Since someone on a marketing team would most likely have a schedule packed with phone calls, he decided that Yoo Babi might be in the habit of constantly checking his watch to look at the time.

“In order to fit the role of a marketing team manager, I adjusted the tone of my voice,” he said, “and I paid careful attention to gestures like checking my watch frequently.” 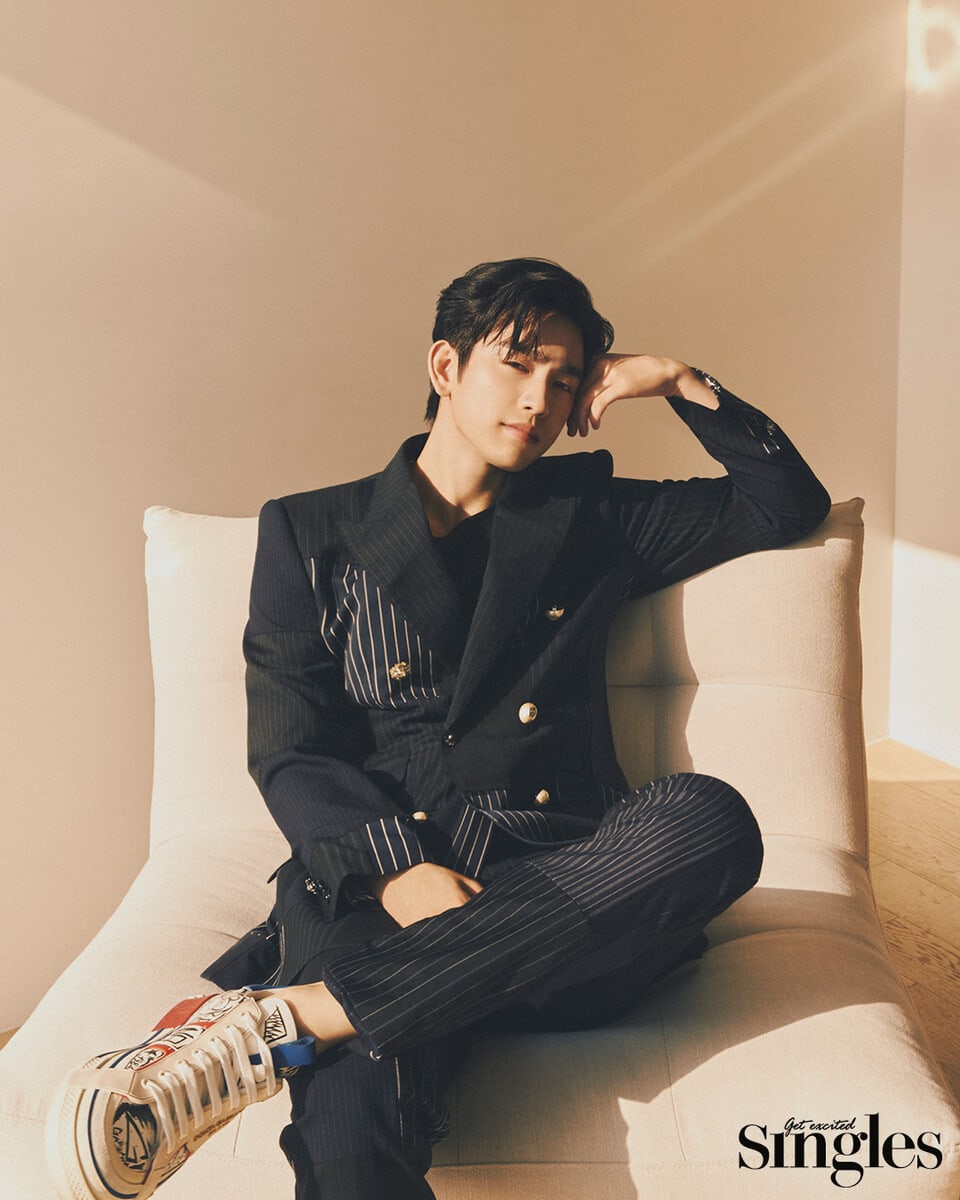 Despite his busy schedule starring in back-to-back dramas—before “Yumi’s Cells,” Jinyoung starred in tvN’s hit drama “The Devil Judge” alongside Ji Sung earlier this year—the GOT7 member also made time to release a new self-composed single in July.

Describing how he had found the time to work on “DIVE” in order to keep his promise to his fans, Jinyoung explained, “For the fans who missed seeing me as a singer, I kept working on songs even amidst my busy schedule.” 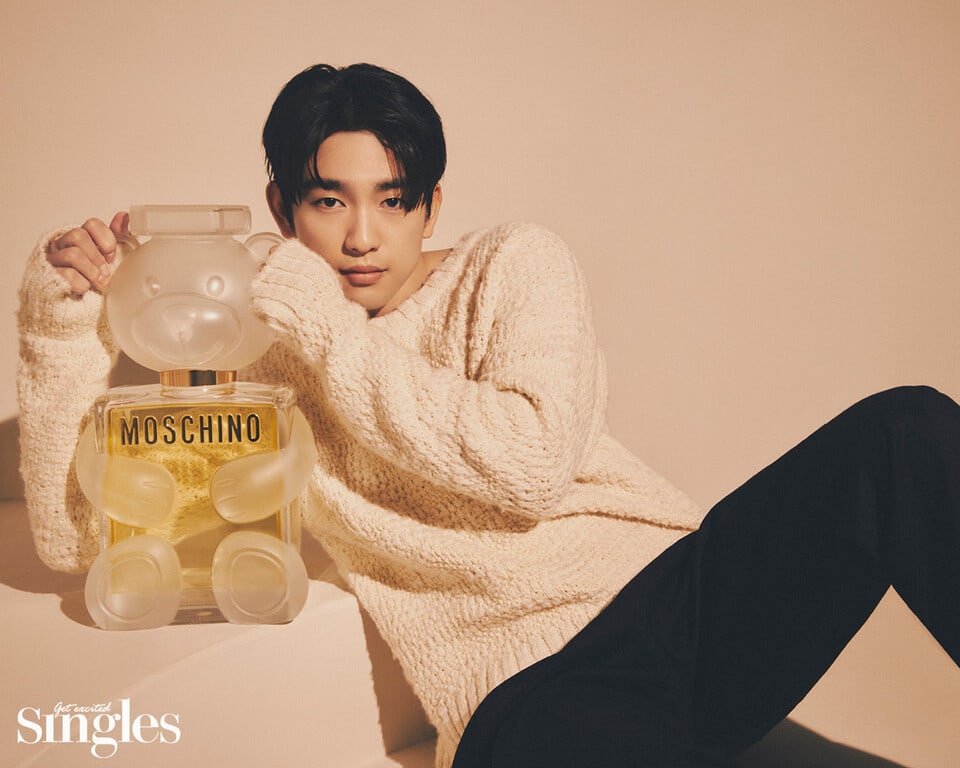 Jinyoung went on to share that he hopes to continue pursuing careers in both music and acting, without giving up one or the other.

“Music and acting are connected in certain ways,” he remarked. “I want to do a good job at both: music in which I tell my own story like a diary, and acting in which I convey the message of a film or drama through emotions.”

Finally, Jinyoung teased that even as he prepares to star in the upcoming movie “Christmas Carol” (literal title), he may soon be making his highly-anticipated return as a singer. 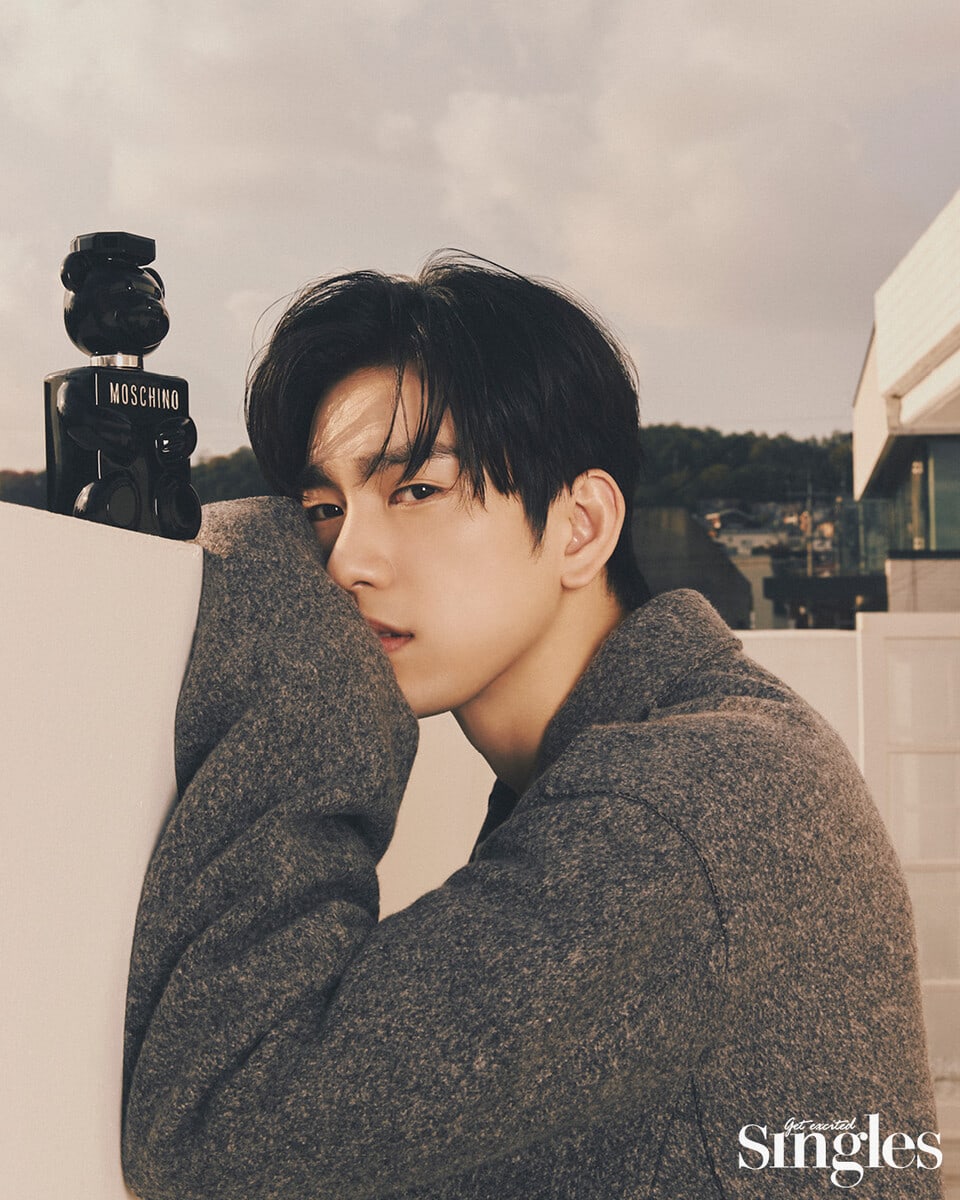 Watch Jinyoung in the first season of “Yumi’s Cells” with subtitles below!

GOT7
Jinyoung (GOT7)
Yumi's Cells
How does this article make you feel?