The previous episode revealed the first meeting of the investigation team members and followed them as they undertook their first assignment, which unfolded in a comedic manner as the squad members donned various disguises in order to infiltrate the villain’s ranks. However, their true identities were soon revealed, and the episode ended on a nail-biting cliffhanger as Park Tae Seo (Lee Jae Kyoon) pointed his sword at Ra Yi Eon’s neck.

With the end of the episode leaving viewers’ hearts pounding with nervousness, this newly released still might make hearts pound in a different way. Alone in a room, Ra Yi Eon and Kim Jo Yi stand face-to-face as they make steady eye contact. Kim Jo Yi’s arms hold Ra Yi Eon’s waist, as if they are one second away from an embrace, making viewers wonder if their relationship is about to change. 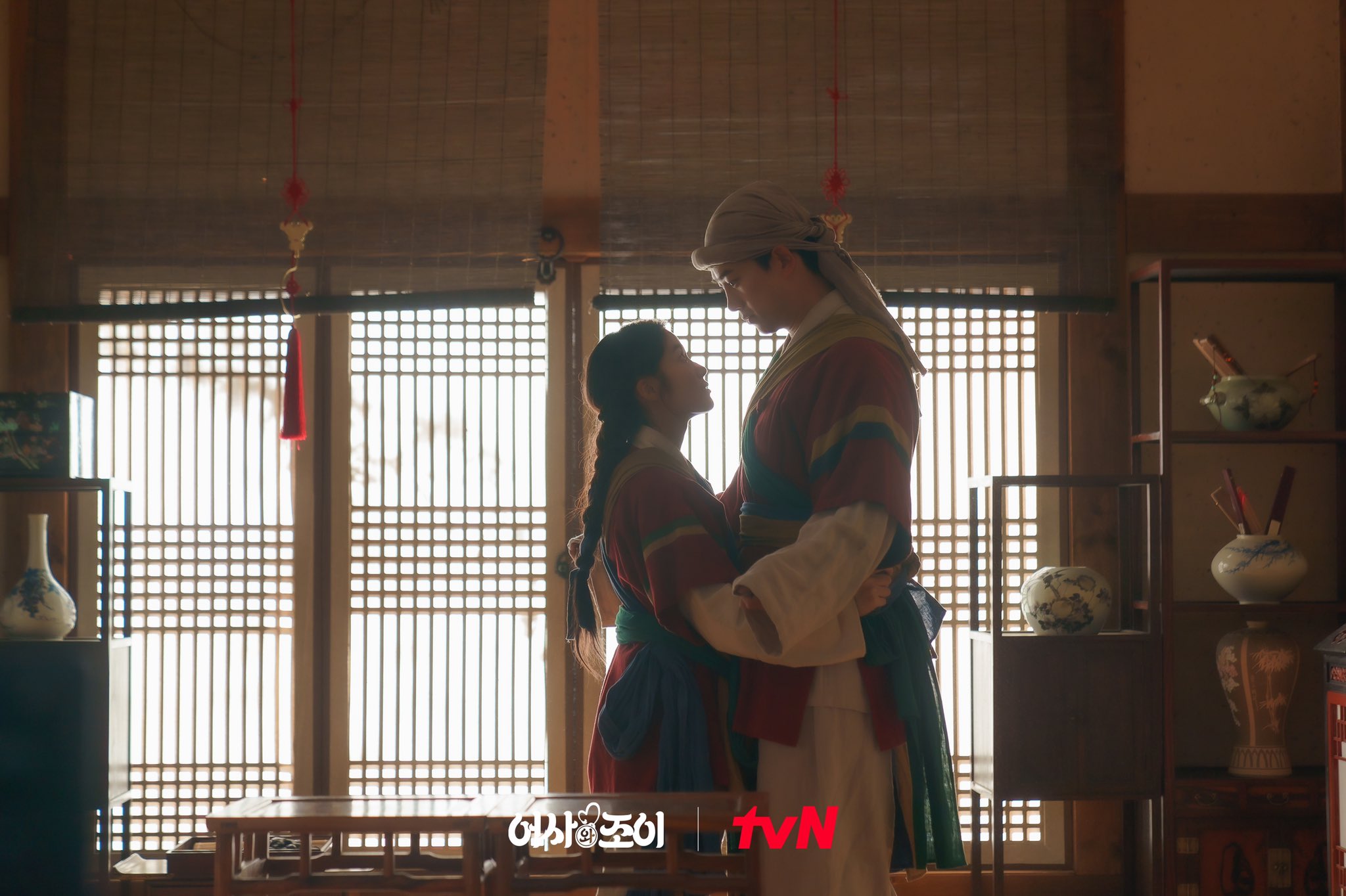 In another set of stills, the pair are also seen undercover in their theater disguises, with Ra Yi Eon even donning makeup and a feminine outfit to perfect his getup. Meanwhile, Kim Jo Yi dons a fake beard, holding her head high in a confident and convincing manner. Their squad members look on in disbelief, appearing confused and even unimpressed by the pair’s disguises. 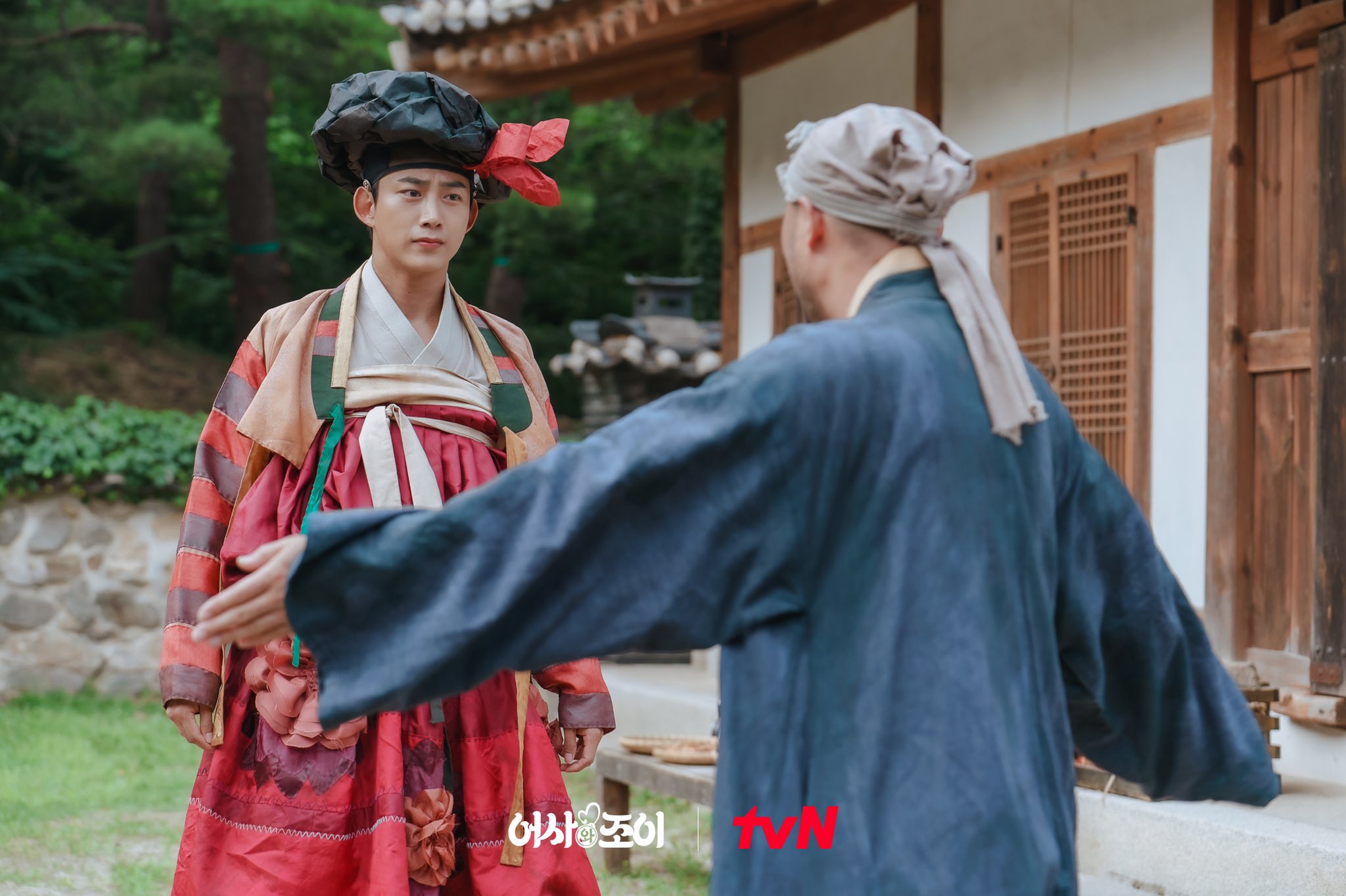 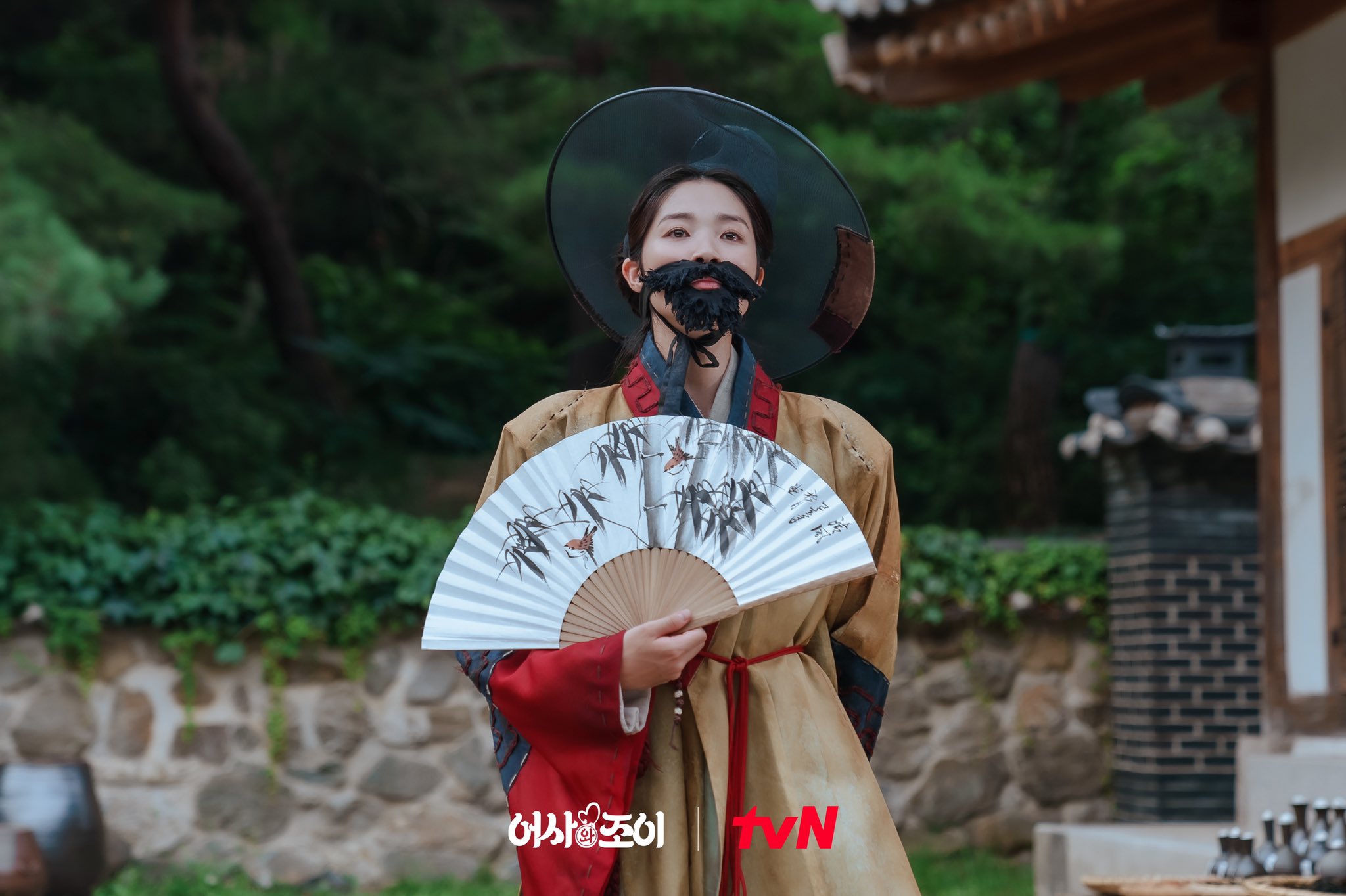 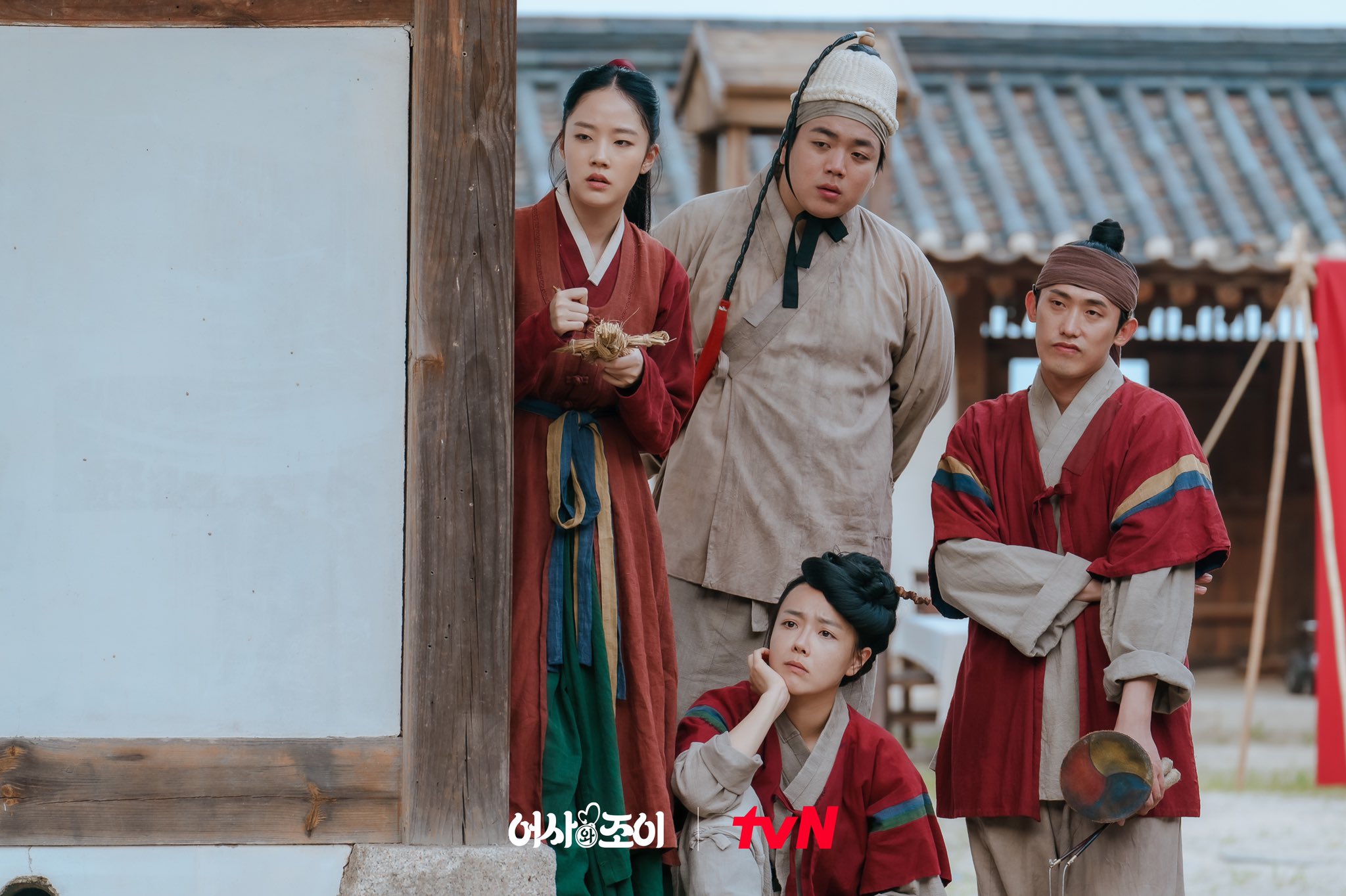 The drama’s production team commented, “In episode 5, Ra Yi Eon will begin his true battle to keep from losing what is precious to him. Viewers can expect to feel catharsis at how the investigation squad comically escapes from danger.”