At the beginning of the November 21 episode of SBS’s “Running Man,” the cast piled into a room made to look like a meeting room. The members expressed confusion, and Kim Jong Kook joked, “Sorry, but did you prepare my doping test?”

Last month, Canadian bodybuilder and fitness YouTuber Greg Doucette posted a video in which he evaluated Kim Jong Kook’s workouts and physique and concluded that the celebrity is most likely on steroids. Kim Jong Kook confidently denied these allegations and shared that he would have no problem taking doping tests.

Yang Se Chan laughed, “Why would a celebrity take a doping test?” Kim Jong Kook explained, “Most people would just brush off and overlook [allegations like that], but you guys know. I’m going to show him my famous ‘Anyang temper.'”

Yoo Jae Suk responded with a laugh, “He must’ve [said] those things because he didn’t know you very well.” Kim Jong Kook added, “He messed with the wrong person.” 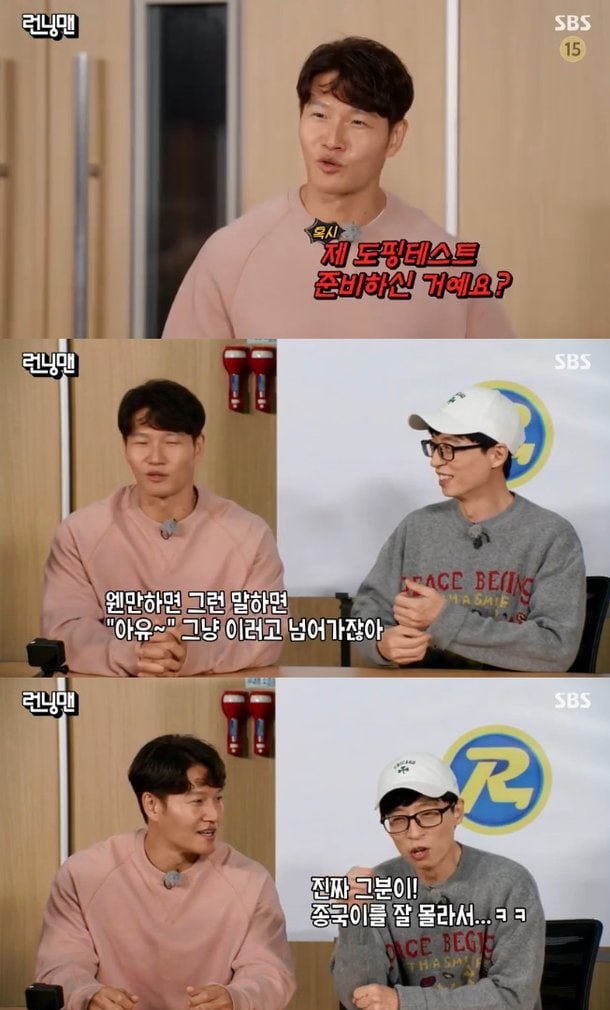 After the initial allegations, Kim Jong Kook countered by taking 391 doping tests. However, the allegations did not stop, leading Kim Jong Kook to announce his plans to take legal action against malicious comments.

He explained, “I’m putting the law first over my fist. They say my doping test results could be delayed. As the results come in, I will share a final verification video and then go back to uploading positive content. However, I’m a celebrity. Throughout my 27 years in the entertainment industry, I thought my greatest role was providing happiness and joy to many people. I’d thought until now that receiving hate comments and being badmouthed for the sake of other people’s catharsis was part of a celebrity’s job, but after experiencing this, I thought that it had gone too far.”

Kim Jong Kook continued, ” I want to let you know that if you spread rumors, write malicious comments, or do other acts like that, you yourself may see severe consequences.” As for Greg Doucette, Kim Jong Kook shared, “At the least, I want to give him the opportunity to apologize as a human and as a man, so I can accept coolly. Regardless of whether he apologizes or not, when my doping test results come out, I’m going to put an end to this no matter what. This time, I have to take action.”

Greg Doucette has since apologized and taken the videos down. 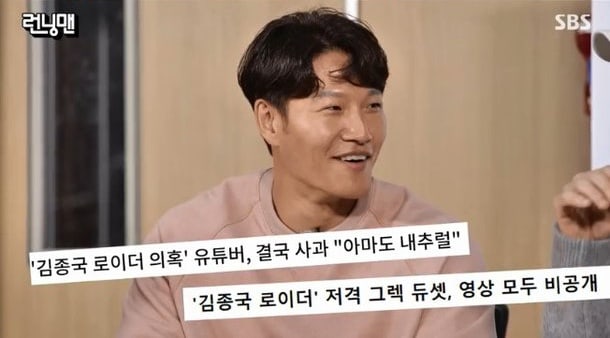