Last week, “Running Man” aired a “Street Woman Fighter” special that featured guest appearances by several dancers from the Mnet show, including Hook’s Aiki—who formed a team with Song Ji Hyo and Jun So Min. At the end of the episode, Song Ji Hyo and Aiki ended up being splattered with shaving cream as punishment for losing the game.

On the November 21 episode of “Running Man,” the cast members discussed whether there was a need for punishments on every episode and whether some of their punishments went too far.

During their discussion, Song Ji Hyo revealed, “Aiki texted me saying that after she went home that night [after filming ‘Running Man’], her hair still smelled like shaving cream.” Yang Se Chan excitedly responded, “You got Aiki’s number?”

Song Ji Hyo went on to confirm that they had become friends, joking, “We became close after washing up together.” 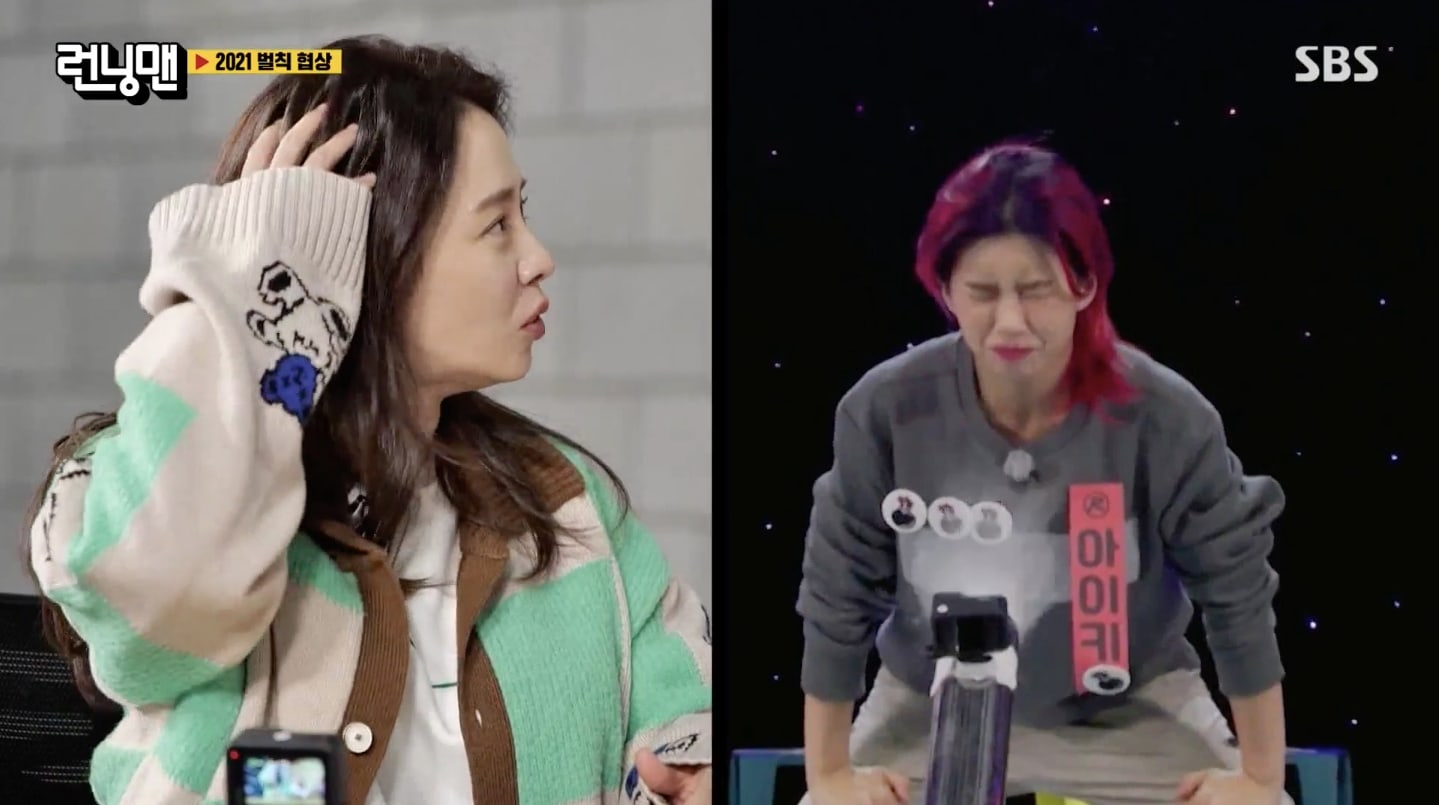 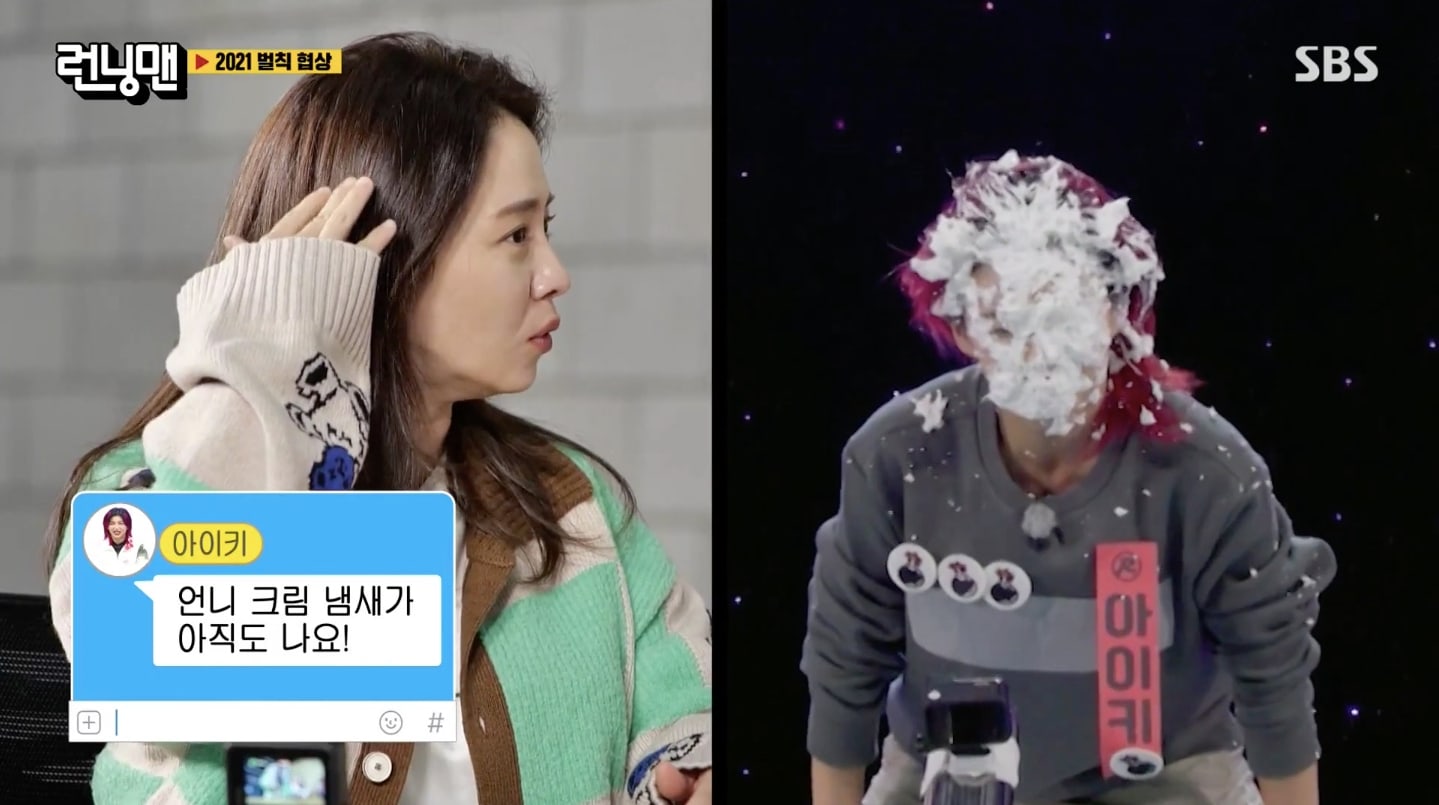 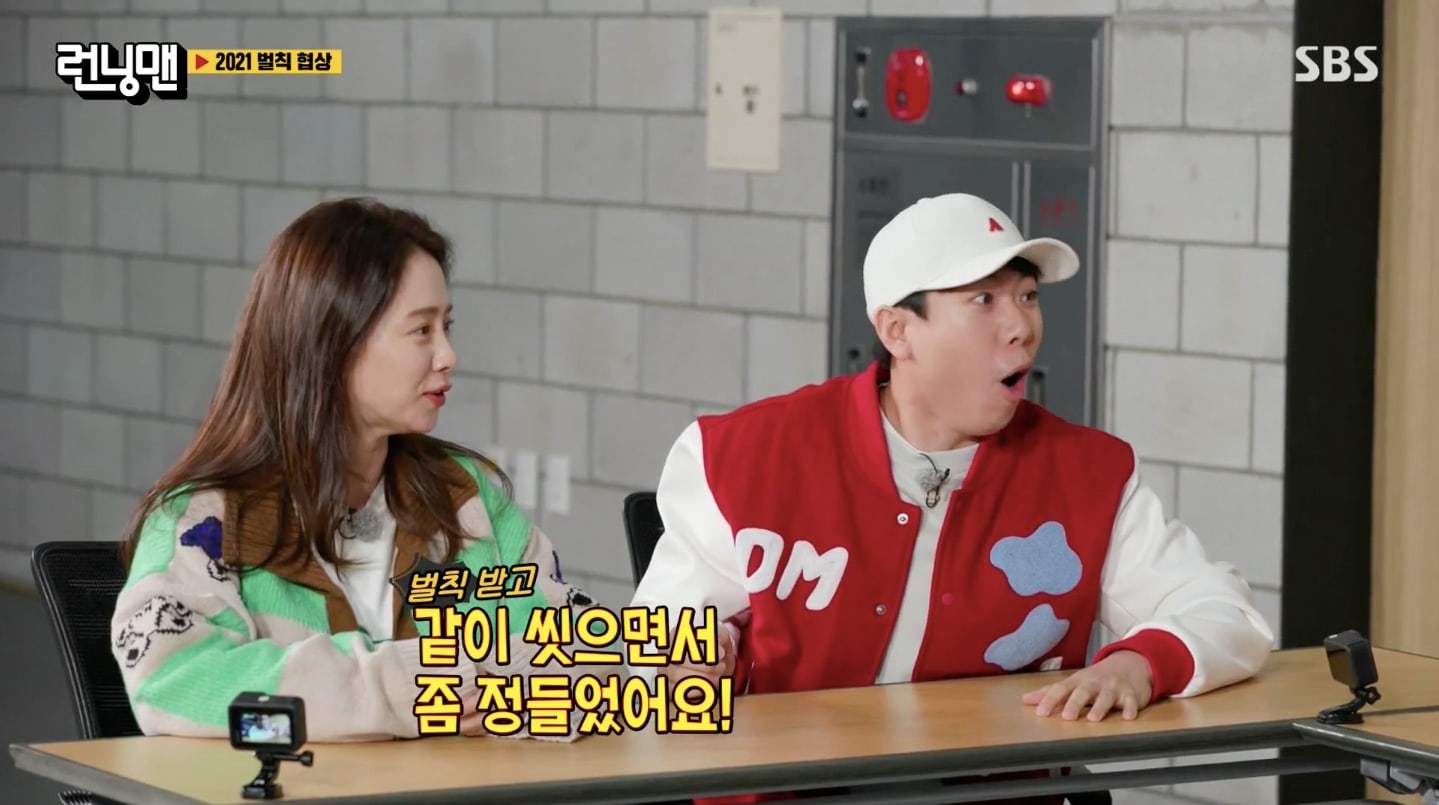 While Song Ji Hyo was referring to how she and Aiki had to wash up after being splattered with shaving cream during “Running Man,” Jun So Min mistakenly thought that Song Ji Hyo and Aiki had gone to a bathhouse together—and she became adorably jealous.

“Unnie, how come you never wash up with me?” Jun So Min complained, leading Song Ji Hyo to reply in confusion, “But we’ve washed up together so many times!”

Yang Se Chan then jokingly interjected, “What kind of conversation is this?” and Ji Suk Jin asked Jun So Min in amusement, “Are you sad that she didn’t wash up together with you?” 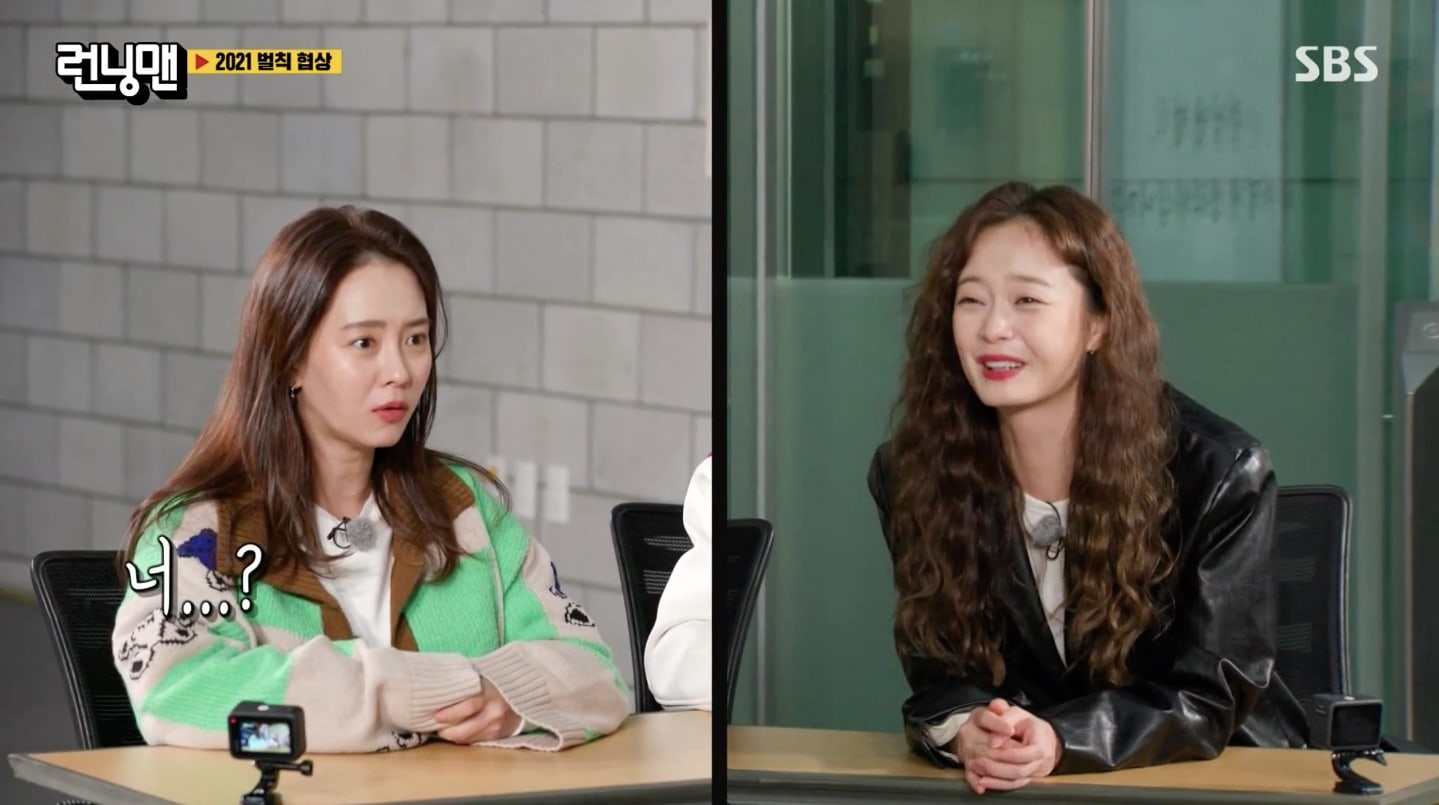 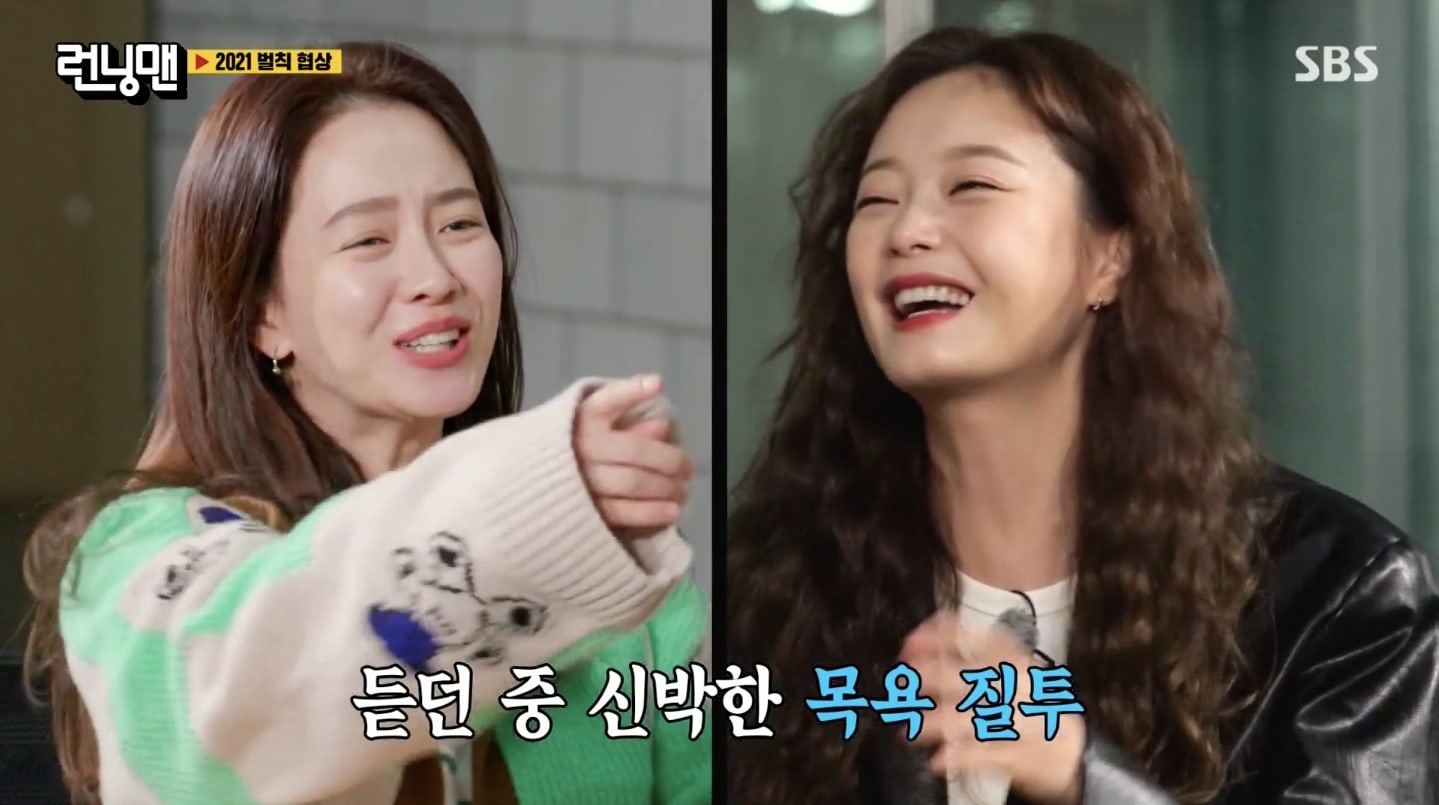 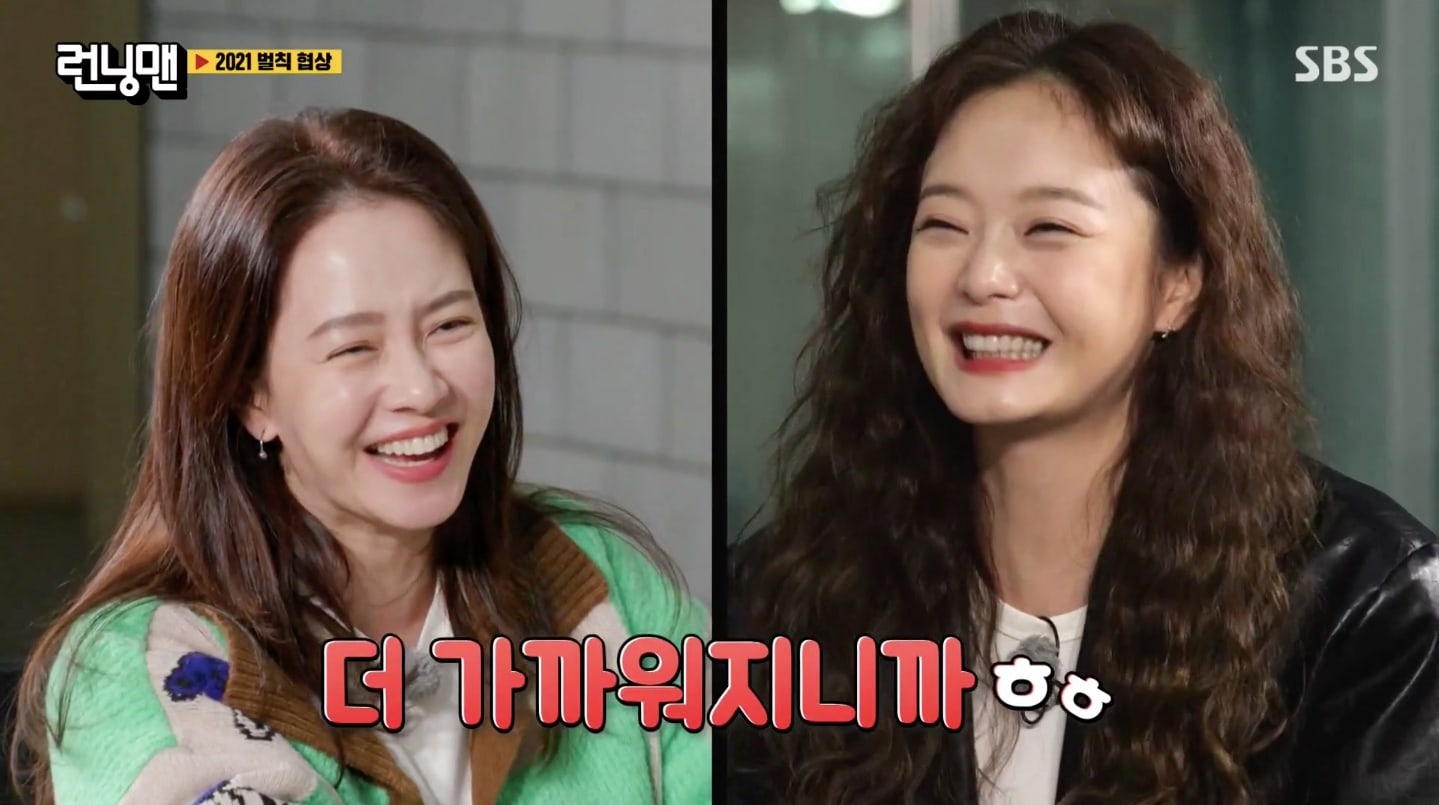 Song Ji Hyo
jun so min
Running Man
Aiki
How does this article make you feel?