Watch: Gong Yoo, Bae Doona, And More Begin A Dangerous Mission With A Slim Chance Of Survival In “The Silent Sea”

“The Silent Sea” is set on Earth in 2075, which has been desertified and drained of its natural resources. A special team is tasked with a secret mission on the abandoned research station on the moon, which is referred to as “the silent sea.” Bae Doona stars as Song Ji Ahn, a space biologist; Gong Yoo as Han Yoon Jae, the team leader; Lee Joon as Ryu Tae Seok, a senior engineer; Kim Sun Young as Hong Ga Young, the team doctor; Lee Moo Saeng as Gong Soo Hyuk, the head of security; and Lee Sung Wook as Kim Sun, the spaceship pilot.

The new poster shows the cast in their protective spacesuit gear, staring at the desolate landscape of the moon and the blackness of space outside the window. The caption reads, “Head to the abandoned lunar base.” 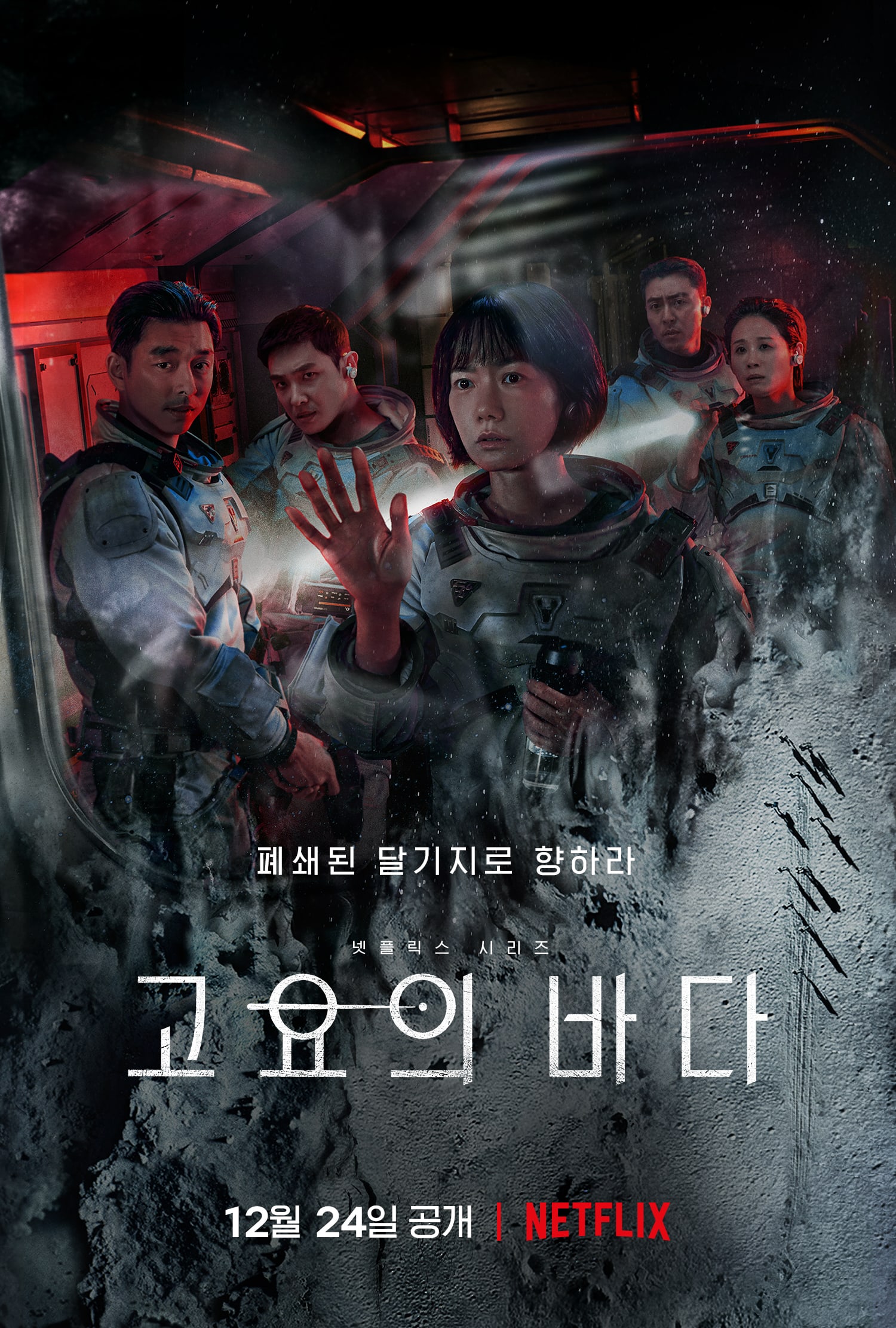 In the new teaser, the special team is plunged into the middle of a crisis. First, their spaceship crash-lands due to a fuel issue, plunging the mission into danger from the start. After escaping from their wrecked spaceship at the edge of a cliff, they traverse the silent landscape of the moon and arrive at the abandoned lunar base.

Han Yoon Jae tells his team sternly, “We just have to do what we’re told,” but Song Ji Ahn says, “There is less than 10 percent chance that the entire team will survive.” As the team explores the abandoned base, Han Yoon Jae asks her, “What do you think is in there?” She replies mysteriously, “The answer,” and peers through a window in shock and horror as the team begin to suspect that something sinister happened on the base.

Check out the teaser with English subtitles below!

“The Silent Sea” will premiere on December 24 on Netflix.