Ahn Eun Jin On Having Trouble Saying Goodbye To “Hospital Playlist,” What Kind Of Actress She Wants To Become, And More

Ahn Eun Jin spoke about her upcoming drama and looked back on her previous works in the latest issue of Cosmopolitan!

The actress’s new JTBC drama, “Just One Person” (literal translation), will tell the story of three terminally ill women who meet at a hospice. The interviewer commented that even though the drama takes place in a hospice, it surprisingly involves a murder case, while its title seems to hint at a romance.

Ahn Eun Jin commented, “Since the characters get tied up in a criminal case, there is a noir aspect to [the drama], but if you look at the bigger picture, I think it’s a story about one person’s growth and the rescue they eventually receive. Unrelated to the question of whether they’ll live or die, it’s about how someone changes due to the specific situation they’re in. There’s also a romance aspect to it, but if I really had to pick a genre, I think it’s a human romance.”

When asked about saying farewell to her last project “Hospital Playlist,” Ahn Eun Jin shared, “It took a while. I really pestered the older actresses that appeared with me in [in the drama]. Whenever I was having a hard time, I’d call them whining and say, ‘I’m so sad today. What do I do?’ and now all this time has passed already.”

She continued, “Whenever I hear about my friends’ work lives, whether they like them or not, they all have teams that they must see for years at a time. However, I part ways with the people I meet through performances or projects after a few months. I thought to myself, ‘An environment in which I was able to work so comfortably is disappearing.’ Although we’ll likely meet again one day, wherever that may be, the exact formation of this particular team is only for that one project.” 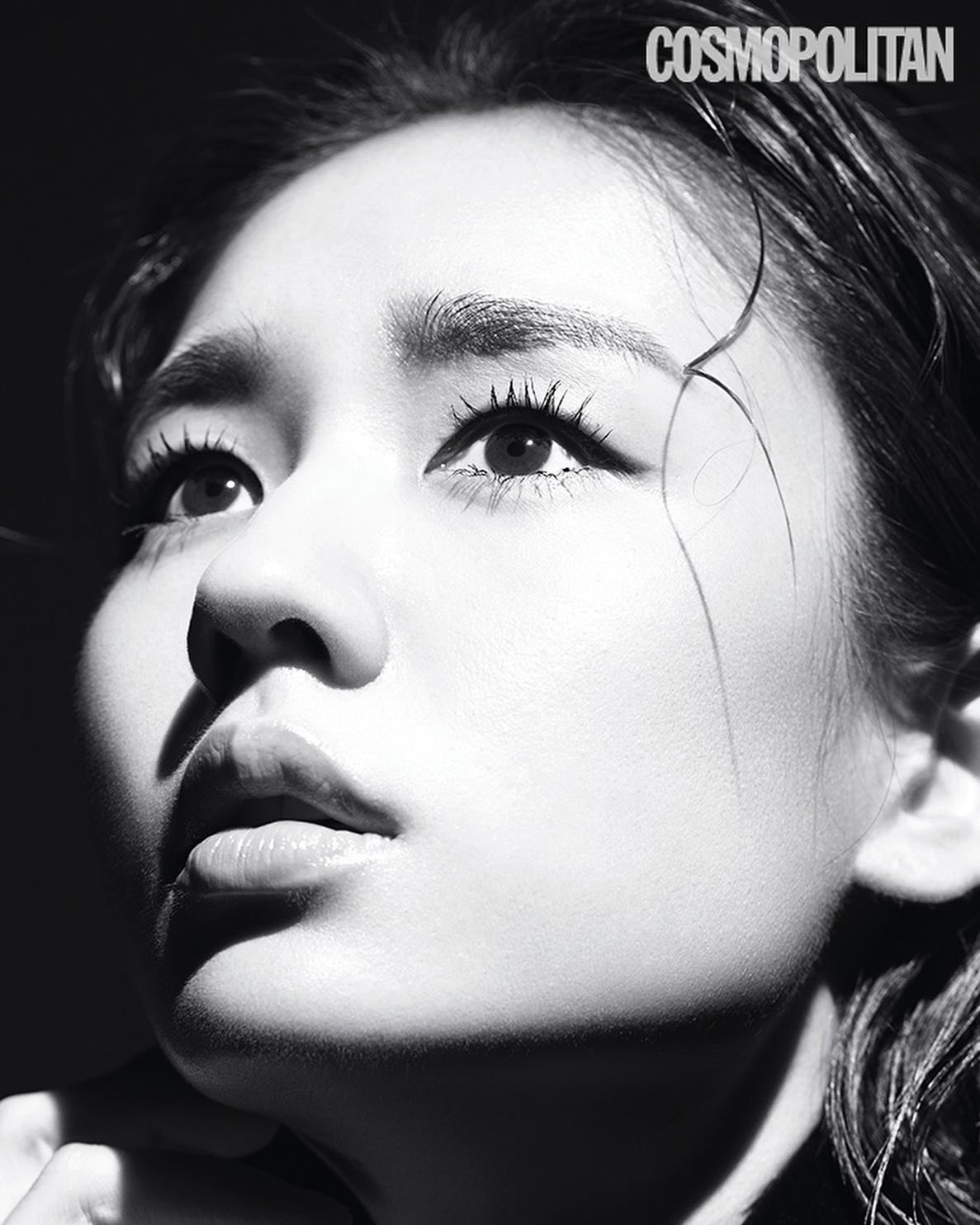 Ahn Eun Jin also talked about whether she felt any pressure to overcome her image of Chu Min Ha, her “Hospital Playlist” character. She explained, “I don’t think about it. Min Ha is a better character than me. She’s healthier, brighter, and so pretty. Personally, I don’t amount to that. If people view me as that good of a person, do I really have to shatter that image? Additionally, I don’t think that is something that can easily be done just because I try. It’s also not a problem that I can solve right away.”

After promoting as a musical actress for a long time, Ahn Eun Jin made her drama debut in 2018. The actress revealed that filming-wise, “Kingdom” was actually her first drama. She shared, “When I was in school, I appeared in short films here and there and attended a film festival, but that was my first time on the set of a commercial drama or film. I was so nervous, but once I got to the set, the staff members were so considerate that I thought, ‘I’d be able to do this in the future too.'”

The interviewer asked how Ahn Eun Jin judges the response to her projects, and she replied, “I contact a few friends and ask them for reviews. It’s a success if the message I was thinking of is conveyed to my friends who don’t work in the field.” 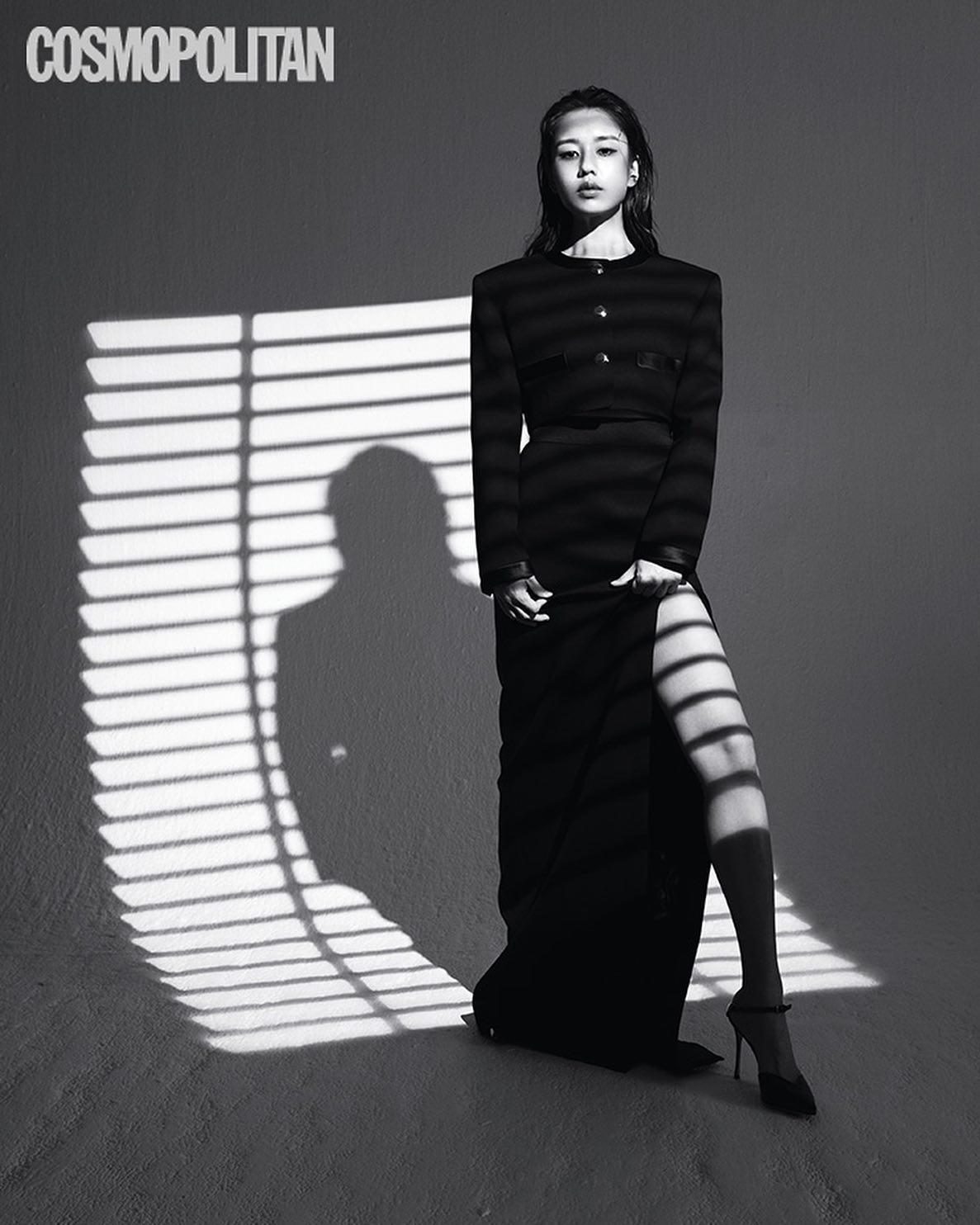 Ahn Eun Jin also revealed that in elementary school, she was an extremely active child and even a part of the soccer team. However, due to this fact, there is a rumor that Ahn Eun Jin won a Muay Thai (Thai boxing) competition when she was in high school. She responded with a laugh, “I’ve never once tried Muay Thai. Please make sure to write this in [the article].”

In a previous interview, Ahn Eun Jin had shared that she wanted to become an actress with a healthy body and mind. She commented, “I don’t live while constantly thinking of that, but I feel the same way now. Even if I play a character with emotional wounds, I have to remain at ‘0’ in order to portray it well without any refraction. More than anything, I’m someone for whom my personal life is so important, and it’s no less important to me than my life as an actor. I hope that my heart does not get hurt while acting. Since I don’t want to have to quit acting because I’m having a hard time. I always have to live my life healthily and well in order to properly receive the value that acting has.”

JTBC’s “Just One Person” premieres on December 20 at 11 p.m. KST. Check out a teaser here!

While you wait, watch Ahn Eun Jin in “More Than Friends” below!

Cosmopolitan
Ahn Eun Jin
Hospital Playlist
How does this article make you feel?