EXO’s Kai Talks About His Comeback With “Peaches,” Appearing In Variety Shows, Solo Concert, And More

On November 30, EXO’s Kai held an online press conference for the release of his new solo mini album, “Peaches.”

“Peaches” is Kai’s second release as a solo artist, released exactly a year after his solo debut with “KAI” in November 2020. He said, “I showed a heavy and deep image for my past solo release and with EXO. This time, I wanted to show a sweet, friendly, and cute image. I wanted to hear, ‘He’s more lovable than I thought.'”

He continued, “It wasn’t a relaxed production process. It took some time because we needed constant evaluation in order to make good songs and a good album. The tough thing was the conflict between not having enough time despite all the things I wanted to do. We had to keep negotiating what to make our main focus. I think that I achieved a balance between something new and what I wanted to do.”

Kai added that it had not been his intention to make a comeback on the anniversary of his solo debut. “It feels like it was just yesterday, but it’s already been a year,” he said. “I didn’t put out the album to commemorate it. It just took a long time to prepare. I put in the songs that I chose over the whole year.”

The entire album’s concept revolves around “Peaches.” Kai said, “I wanted to express everything with that key word, ‘peaches.’ It’s in the song, the dance, and the concept. When I heard this song, I could feel the wings of imagination take flight. The overall atmosphere and vibe of this song was what I really wanted people to hear. There is also a lot of fun choreography. There is a peach tree, picking peaches, moves like that. The song is calm and gentle, but the dance is powerful.”

EXO’s Sehun, who was hosting the press conference, added, “I’ve seen his variety shows and it’s exactly the same as Kai is in real life.” 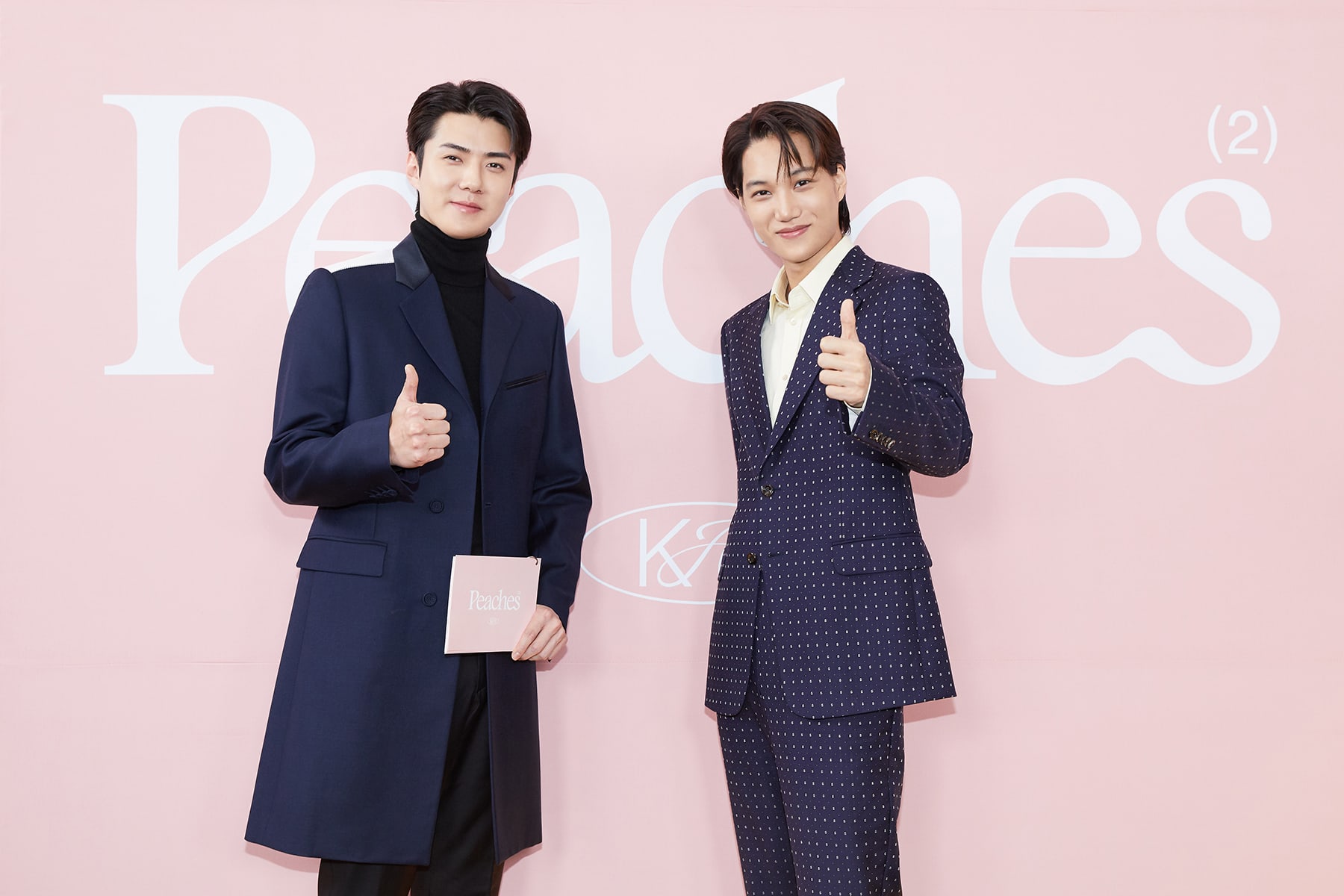 Kai is gearing up for an online solo concert on December 12. He said, “It feels like I’m carrying alone all the difficulties that I’d experienced as an EXO member preparing for a concert. It’s really tough to prepare a concert all by yourself. I’m going in with the attitude of learning, since it’s my first solo concert. There’s a big difference between online and offline concerts. It’s hard to feel the realism in an online concert. I spent a lot of time thinking about how we could communicate to reduce that gap.”

Check out the music video for “Peaches” here!

EXO
Kai
Sehun
How does this article make you feel?