JTBC’s upcoming drama “The One and Only” (literal translation) has released new teasers of Kim Kyung Nam.

“The One and Only” is an emotional romance drama about three terminally ill women who meet at a hospice. They decide that before they die, they want to take down one bad guy before they go – but in their attempt to take down just one person, they wind up meeting the most valuable person of their lives.

Ahn Eun Jin plays Pyo In Sook, a woman who never got to enjoy her youth, and Kim Kyung Nam stars as Min Woo Chun, a mysterious hitman who has walked a painful and difficult path in life.

Previously, JTBC shared teasers of Pyo In Sook, and her character poster showed her lying on the road with tears of despair. On December 1, JTBC unveiled Min Woo Chun’s character poster where he is gazing down at her with desperate eyes. His deep eyes are filled with countless complex emotions, and the text reads, “My life started after I met you.” 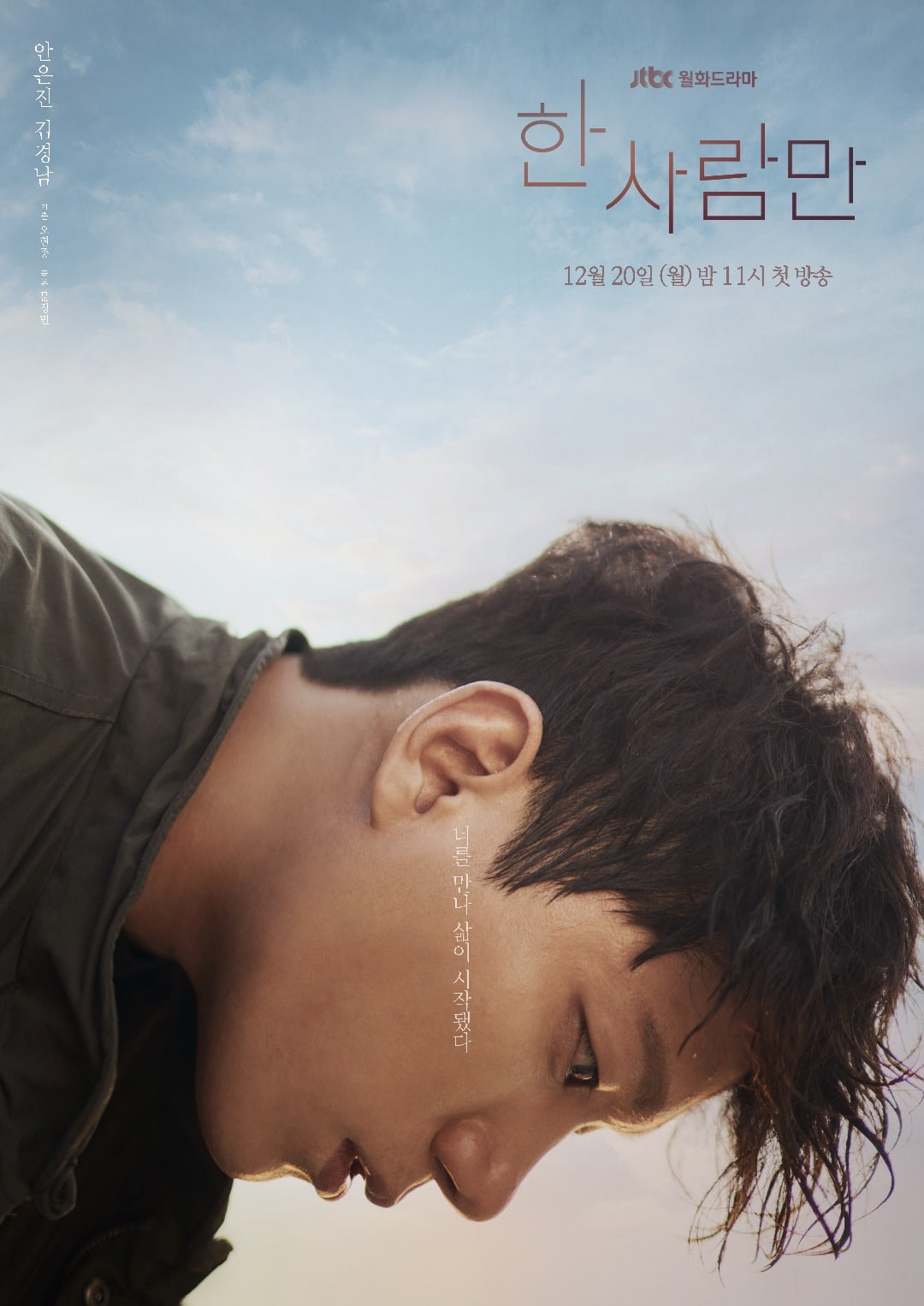 The teaser starts with Min Woo Chun running for his life. His life is filled with nothing but misfortune, and he walks aimlessly in the dark. Then one rainy day, he meets Pyo In Sook, a woman who doesn’t have much time left to live. Min Woo Chun softly narrates, “I wanted to meet you. Your face looked angry, but you seemed sad. I’m afraid I’ll lose you.” The clip ends with Min Woo Chun and Pyo In Sook staring at each other wordlessly. His face is covered with scars and bruises, and her face is pale with disappointment.

The production staff stated, “Kim Kyung Nam is expected to unravel the unexpected charm of Min Woo Chun, who is rough but warm inside, with a deeper performance. Please show a lot of interest in Pyo In Sook and Min Woo Chun’s life romance in ‘The One and Only’ where they will convey warmth as they become uncontrollably attracted to each other and embrace one another’s wounds.”

Kim Kyung Nam
Ahn Eun Jin
How does this article make you feel?