On the previous episode of “Secret Royal Inspector & Joy,” Yi Eon secretly carried out his investigations on his own while hiding the fact that he was still alive. When the distraught Jo Yi returned to Hanyang after an eventful but disappointing encounter with her long-lost mother Deokbong (Bae Jong Ok), she found Yi Eon waiting for her there—and the two shared a happy and emotional reunion.

In newly released stills from the drama’s next episode, Yi Eon is also reunited with his grandmother (played by Yang Hee Kyung), who previously wept uncontrollably when she heard the news of his death and blamed herself for pressuring him into becoming a government official.

Despite being immensely relieved to see her grandson still alive, Yi Eon’s tough grandmother also seems to be glaring at him with a look of blame, making him cower in fear as she confronts him. Meanwhile, Yook Chil (Min Jin Woong) and Goo Pal (Park Gang Sub) have their arms raised in punishment in the corner of the room, piquing viewers’ curiosity as to how the trio will be disciplined by the fierce old lady. 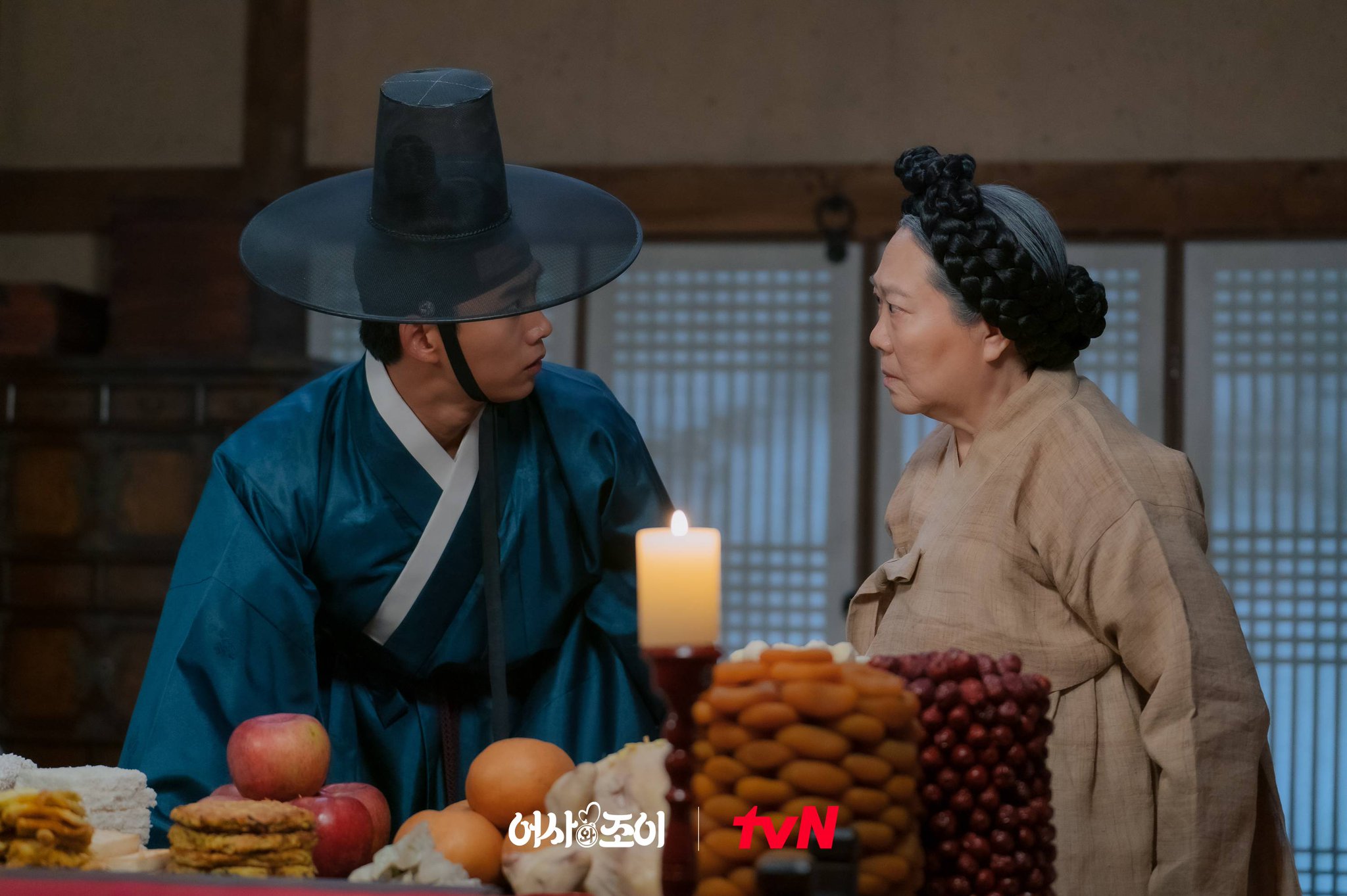 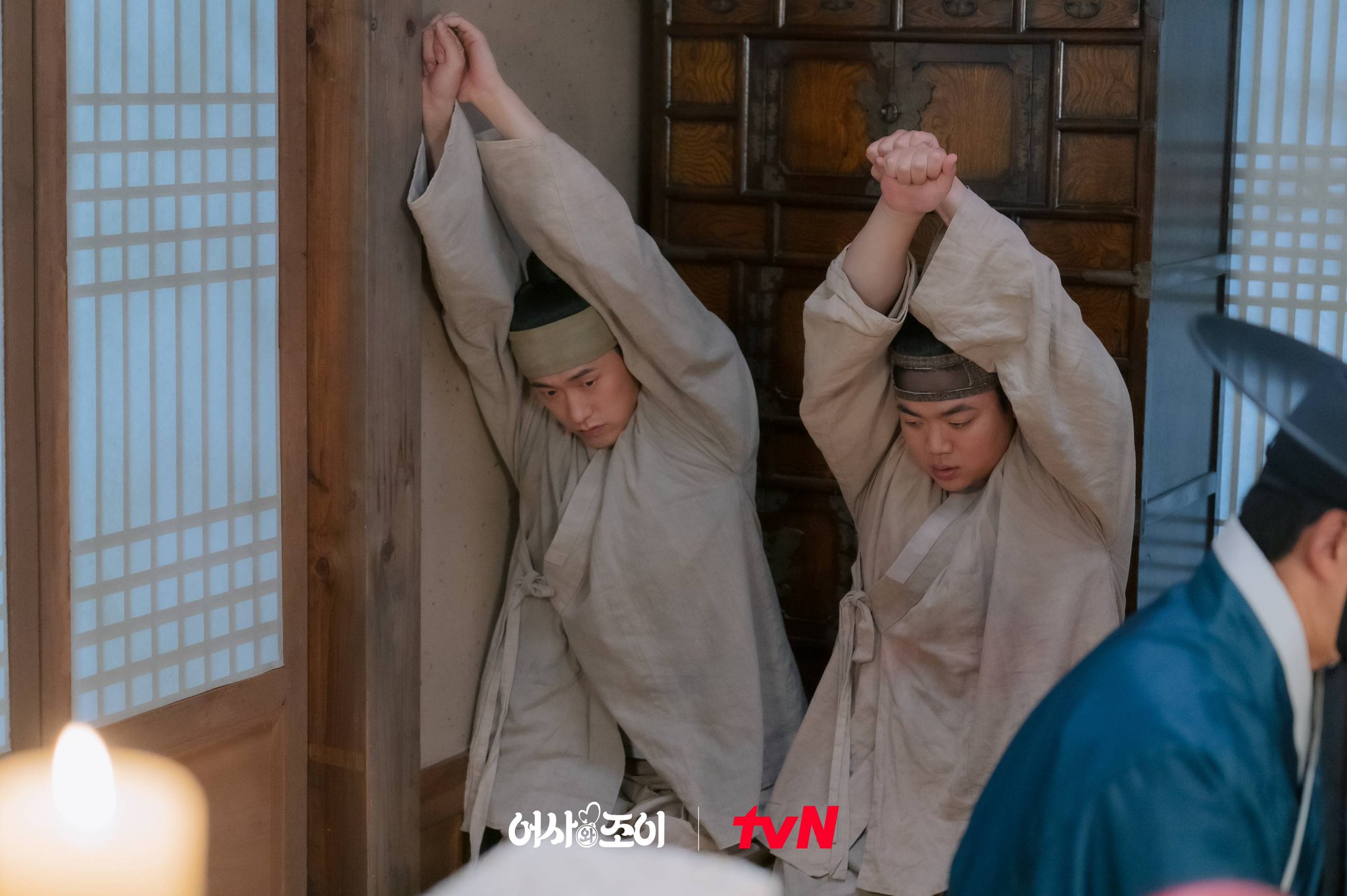 In other photos from the upcoming episode, Yi Eon finally begins his counterattack as a secret royal inspector, emboldened by his near-death experience and more determined than ever to deliver justice. At the palace, while all of the ministers are prostrating themselves before the king, Yi Eon alone stands tall as he faces the monarch head-on.

Notably, Park Seung (Jung Bo Suk)—who seemed to fear nothing—wears a tense expression of alarm as he lowers his eyes to the ground, raising the question of what “hidden card” Yi Eon might have acquired while faking his own death that could bring even the arrogant Park Seung to his knees. 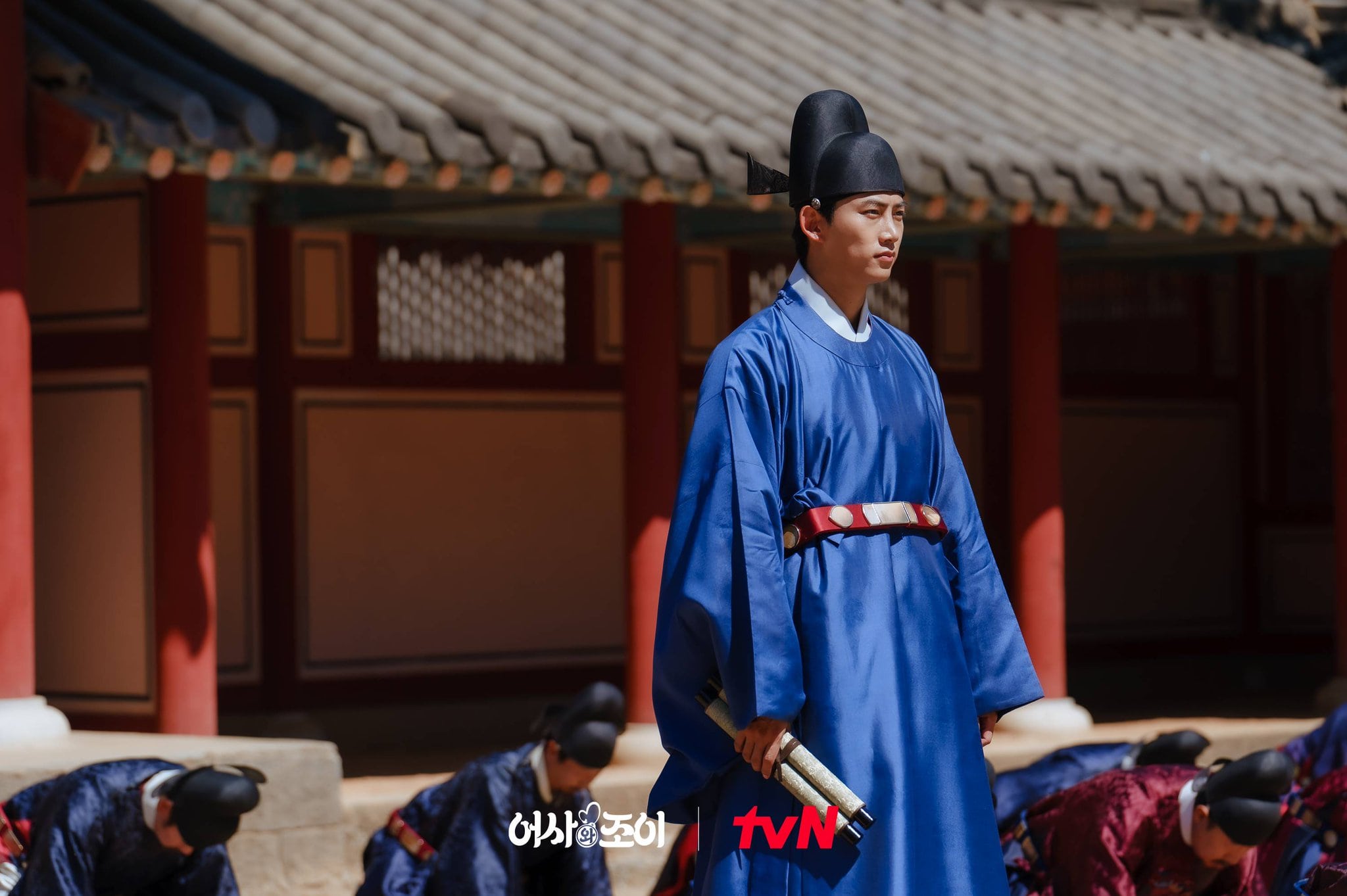 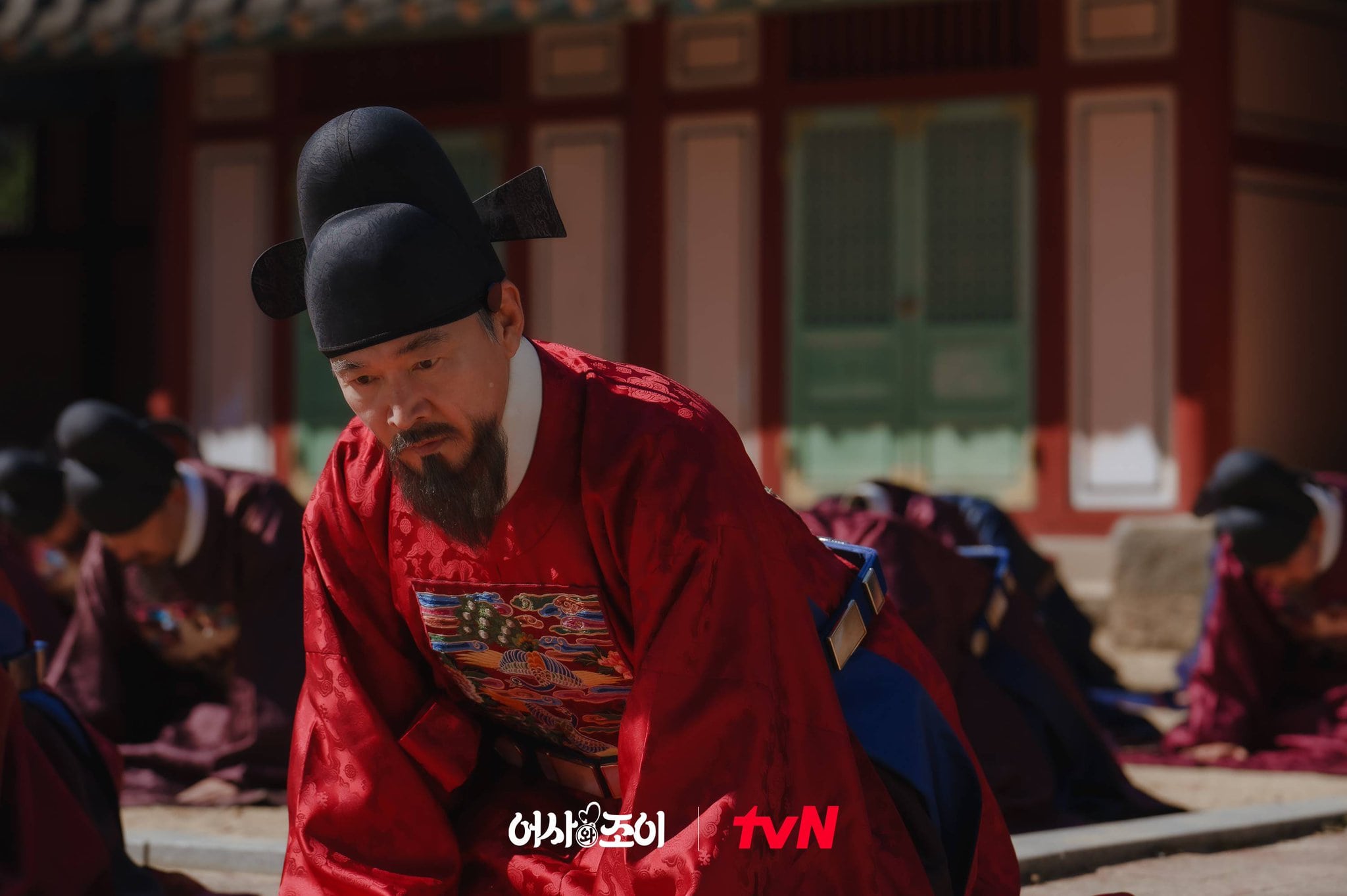 The producers of “Secret Royal Inspector & Joy” teased, “Yi Eon’s investigation will gain steam as it receives help from an unexpected individual. His breathtaking journey as he seizes the opportunity to root out corruption will deliver thrilling fun.”