Who doesn’t love Cha Eun Woo? He’s the complete package. What many people may not know is that before Cha Eun Woo debuted with his group ASTRO, he debuted as an actor first. Although the role was minor, his visuals made an impression, and he’s been unstoppable since. Here are some of his dramas to check out if you haven’t already watched them all.

1. “My Romantic Some Recipe” 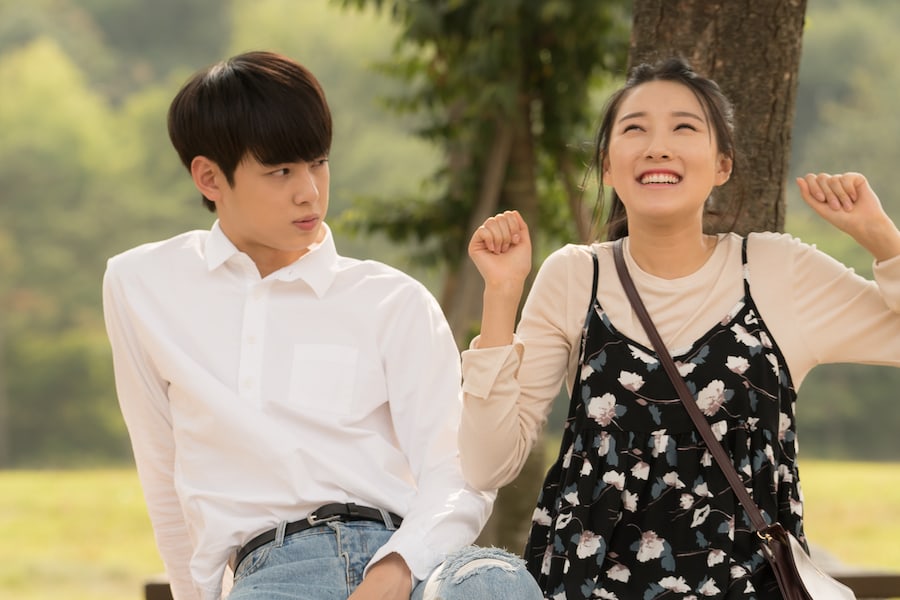 Mi Nyeo is a college student who does not have much experience in the dating world. She has a huge crush on Kang Jun, a worker at a cafe that she frequents. One day, she gets drunk and snags a cutout photo of Cha Eun Woo that miraculously comes to life the next day. Basically, the dream.

This series is one of Cha Eun Woo’s first K-dramas. You see a young Cha Eun Woo showcasing his acting abilities as a rookie and doing it in a way that is so sweet and innocent. The love line he has with Joo Ah Reum is too cute, and you’ll also love the fantasy aspect of it as it keeps you interested in the story. 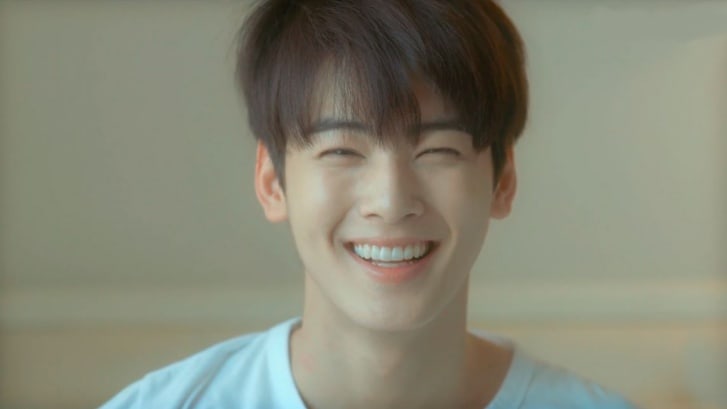 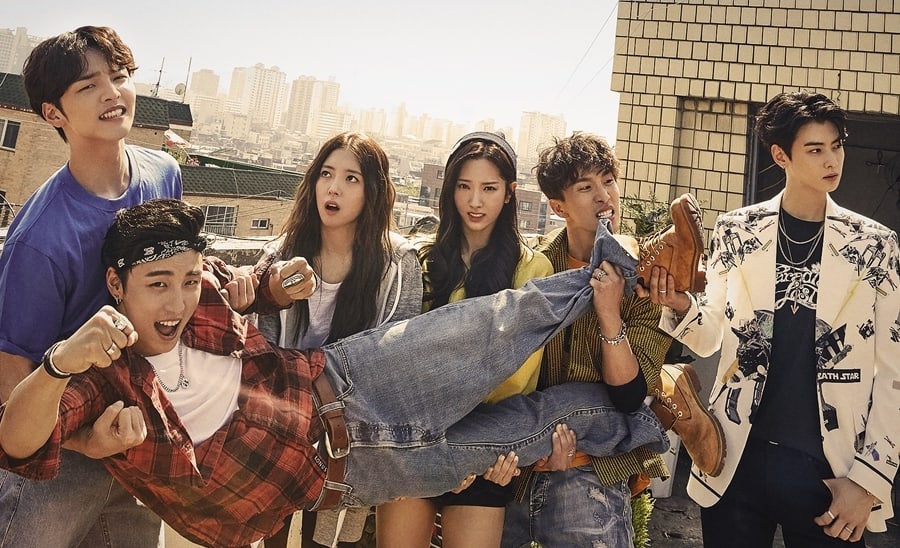 The brief moments of Cha Eun Woo as MJ in the series are absolute perfection. The edginess and stoic characteristics of his role suited him so well, and it is one of his more memorable roles. He was really able to own his character, and a lot of it probably had to do with the fact that he could connect and relate to it. Also, how beautiful was it seeing Eun Woo sporting the leather jacket? 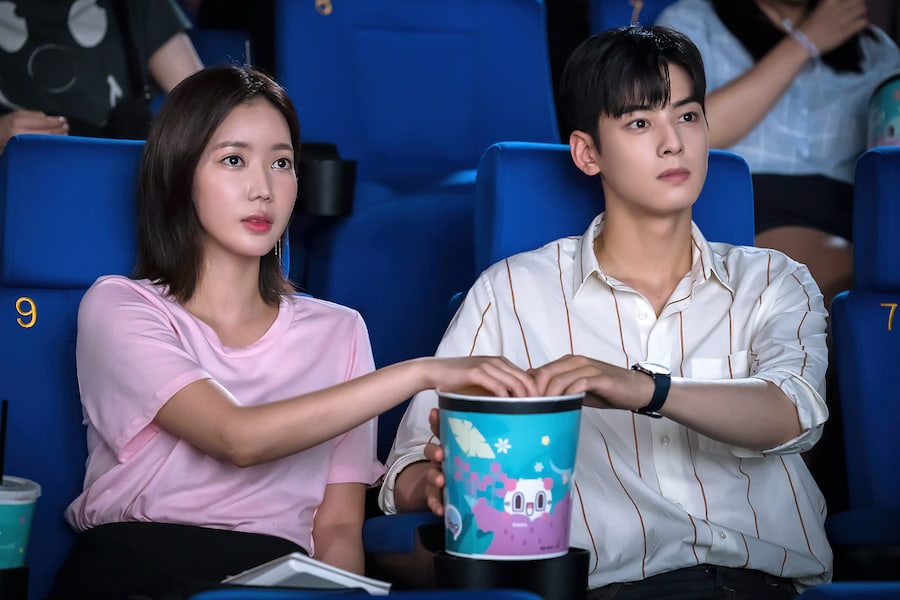 Kang Mi Rae (Im Soo Hyang) has always been self-conscious about her physical appearance. It affects her so much that she decides that getting plastic surgery is the only way that she can live her life. On the first day of university, Mi Rae becomes excited to start her new life, but she runs into Do Kyung Suk (Cha Eun Woo), a very handsome and popular boy that she used to go to elementary school with. Kyung Suk recognizes Mi Rae pretty quickly, and he starts to realize that his feelings for her are more than just surface-level.

This series was surprisingly a delight to watch. It was Cha Eun Woo’s first big starring role, and he proved without a doubt that he could deliver in the spotlight. He’s got natural charisma and charm in the series that really captivate the viewers; obviously his good looks help! His chemistry with Im Soo Hyang is too adorable, and seeing his character fall for a girl who was never popular makes him even more swoon-worthy! 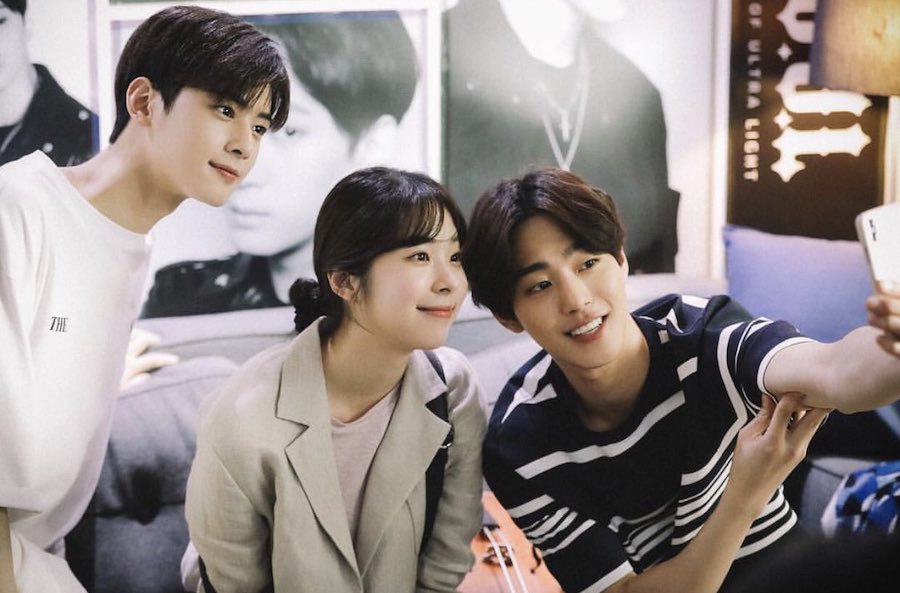 “Top Management” is a web drama that is based on a web novel. It is about Eun Sung (Seo Eun Soo), who starts her job as a manager at an entertainment agency. She has the ability to see the future and uses it to see if the groups will succeed in the industry.

Cha Eun Woo plays one of the idols named Yeon Woo who is part of a group called S.O.U.L. The group is working tirelessly to try and succeed in the industry. Cha Eun Woo is able to portray his character effortlessly as he is playing an idol that is going through the struggles quite similar to what he may have experienced inn real life. The chemistry he has with his fellow actors, including Ahn Hyo Seop, is a delight to watch, and you’ll enjoy hearing the catchy OST! 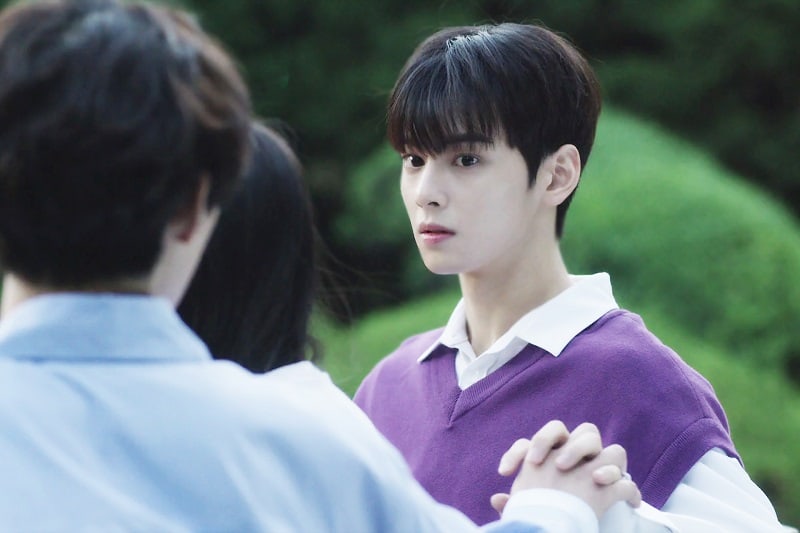 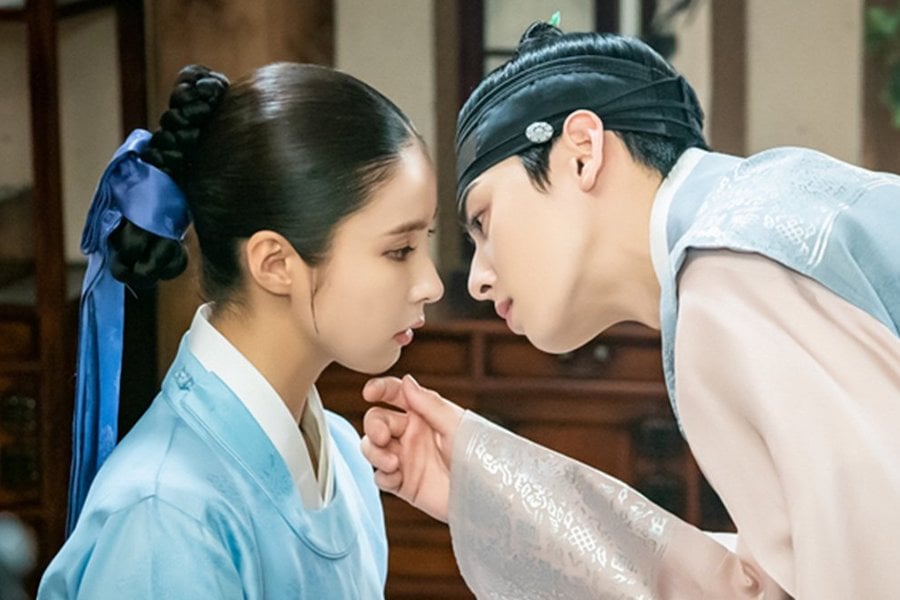 “Rookie Historian Goo Hae Ryung” features romance between an aspiring royal historian named Goo Hae Ryung (Shin Se Kyung) and a prince named Lee Rim (Cha Eun Woo). Goo Hae Ryung dreams of equality in society and is very vocal about her thoughts and feelings, whereas Lee Rim is lonely and tries to hide his identity as a prince by pretending he is a romance novelist.

This was Cha Eun Woo’s first role starring in a historical drama, and the traditional hanbok suited him so well. In fact, the character of a prince was almost too good to be true as it hardly required any acting on his part. His charm and rainbow-eyed smile lit up the screen, and his adorable flirting with Goo Hae Ryung was adorable. Despite the series being a romantic comedy, there was a lot of healing in seeing Lee Rim overcome his loneliness to find love. 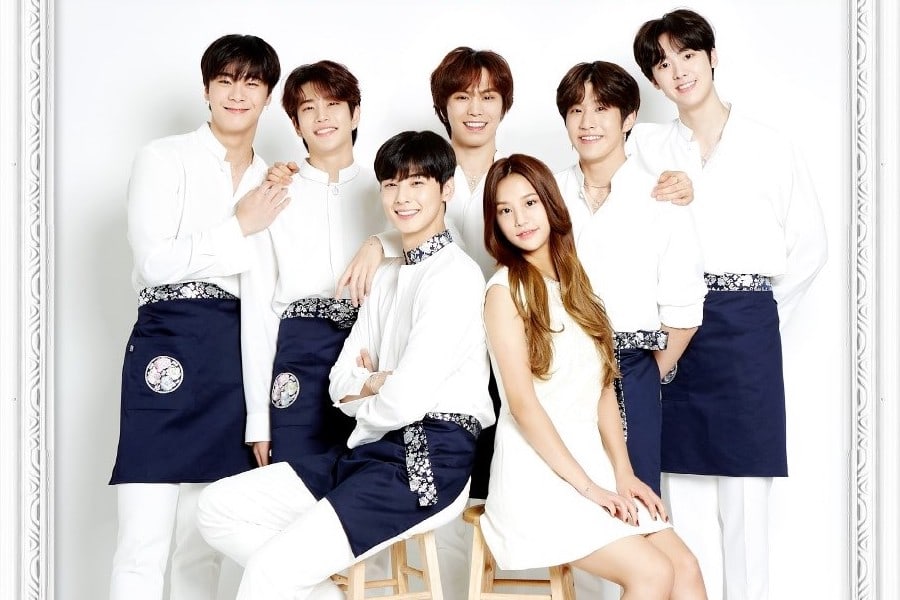 “Soul Plate” is a short web drama that involves all the members of ASTRO. The members play angels who help run a restaurant. They offer healing, help, and advice to those who visit the restaurant and dine there. Cha Eun Woo plays one of the angels who goes by the name of Angel Raviel.

The best part about “Soul Plate” is seeing all of the ASTRO members acting with one another. The series is light-hearted and enjoyable to watch with the added bonus of a fun-filled OST and obviously Cha Eun Woo. The drama is short and sweet, and you’ll be finished before you know it. But be careful not to watch the series on an empty stomach as you’ll see more than enough scenes with some delicious food! 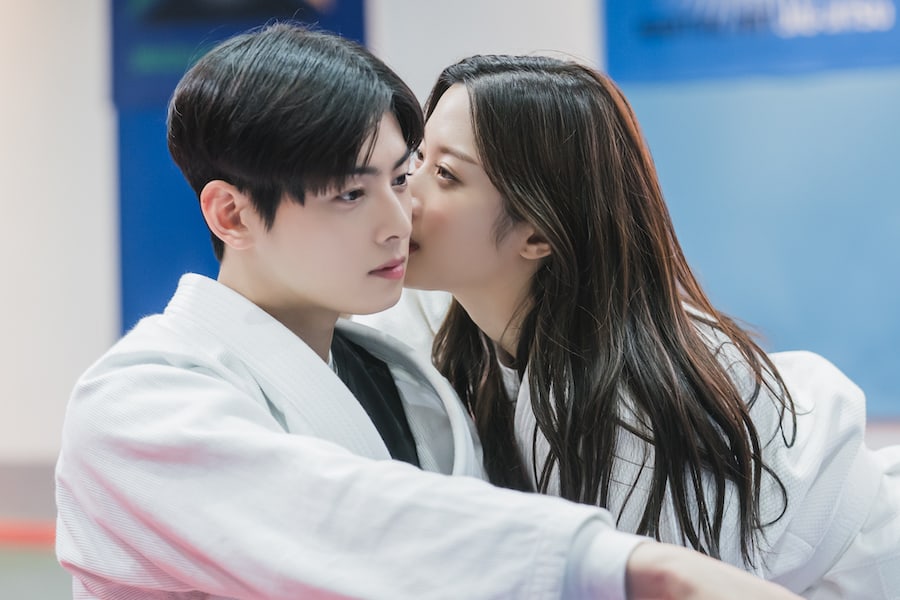 If you loved Cha Eun Woo in “My ID Is Gangnam Beauty,” you’re almost guaranteed to love him in “True Beauty.” He has undeniable charm and the ability to draw in a major fanbase who will swoon over him. The fact that he does not care about what other people think and continues to pursue Lim Ju Gyeong is so romantic and sweet. You’ll love it to bits.

Hey Soompiers, what is your favorite Cha Eun Woo K-drama? Let me know in the comments below!

Currently watching: “Melancholia,” “Let Me Be Your Knight,” “Now We Are Breaking Up,” “Happiness,” and “The Red Sleeve”
All-time favorite drama: “Secret Garden” and “Star In My Heart”
Looking forward to: Won Bin‘s return to the small screen