Helmed by “Heirs” director Boo Sung Chul, “Ghost Doctor” is a fantasy medical drama about two doctors who could not be more different in terms of their backgrounds, skills, or personalities, but who end up combining bodies and spirits. Rain will star as genius thoracic surgeon Cha Young Min, while Kim Bum will play silver-spoon resident Go Seung Tak.

Rain’s character Cha Young Min is a genius doctor who has a knack for saving people with his surgical skills. He has good looks and an extraordinary resume, but he has an arrogant and selfish personality. On the other hand, Kim Bum’s character Go Seung Tak is a highly intelligent resident who hails from a privileged background. Born to a wealthy family with a brilliant mind, Go Seung Tak grew up with every advantage. The two will be expected to go through drastic changes as they get tangled up with each other.

In the newly released stills, Cha Young Min and Go Seung Tak come face to face with each other. Cha Young Min exudes intellectual charms with his round glasses, and his sharp eyes exude coldness. Go Seung Tak draws attention with his warm and carefree smile. The two doctors are completely different in terms of style and behavior, and whenever they meet, they will engage in a fiery war of nerves. 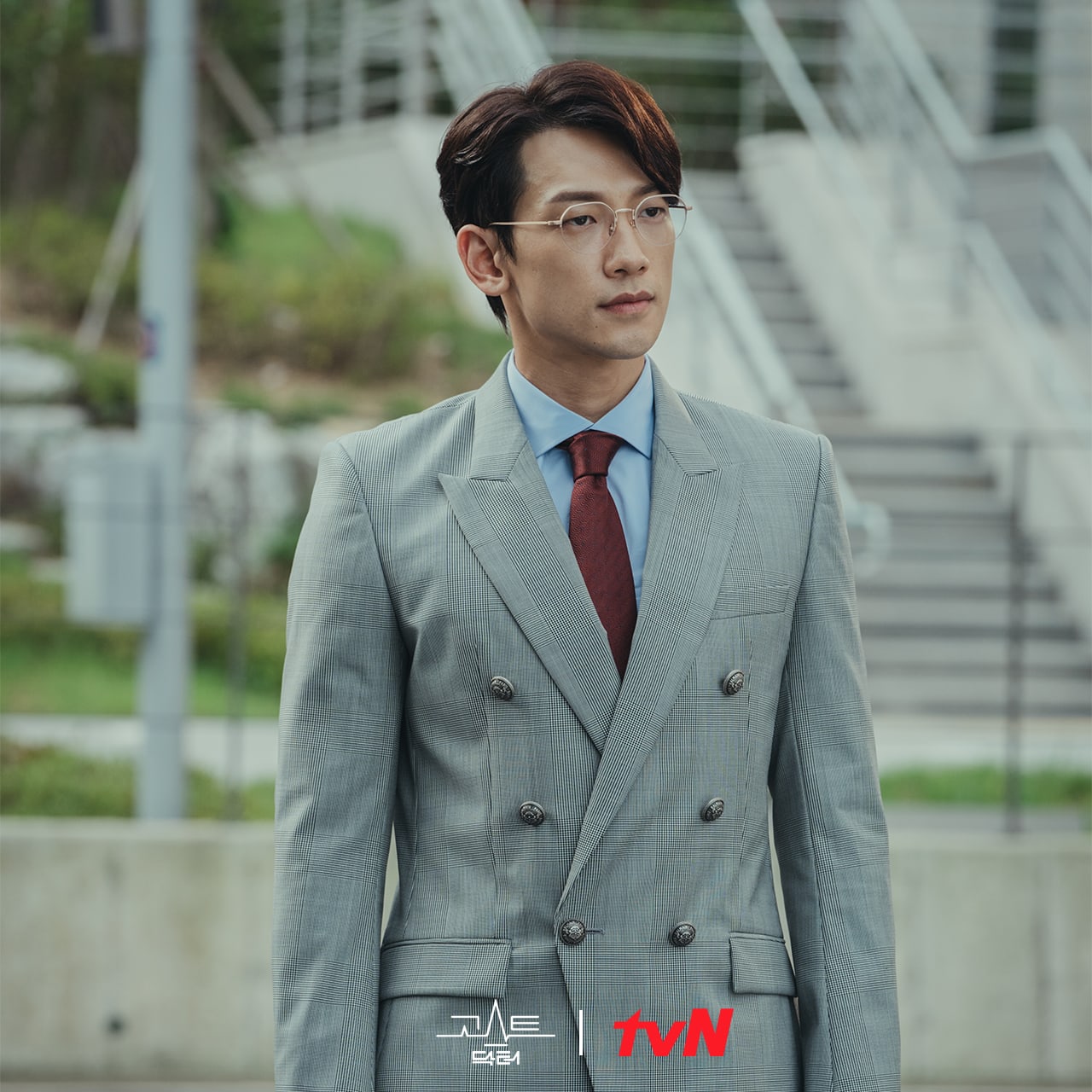 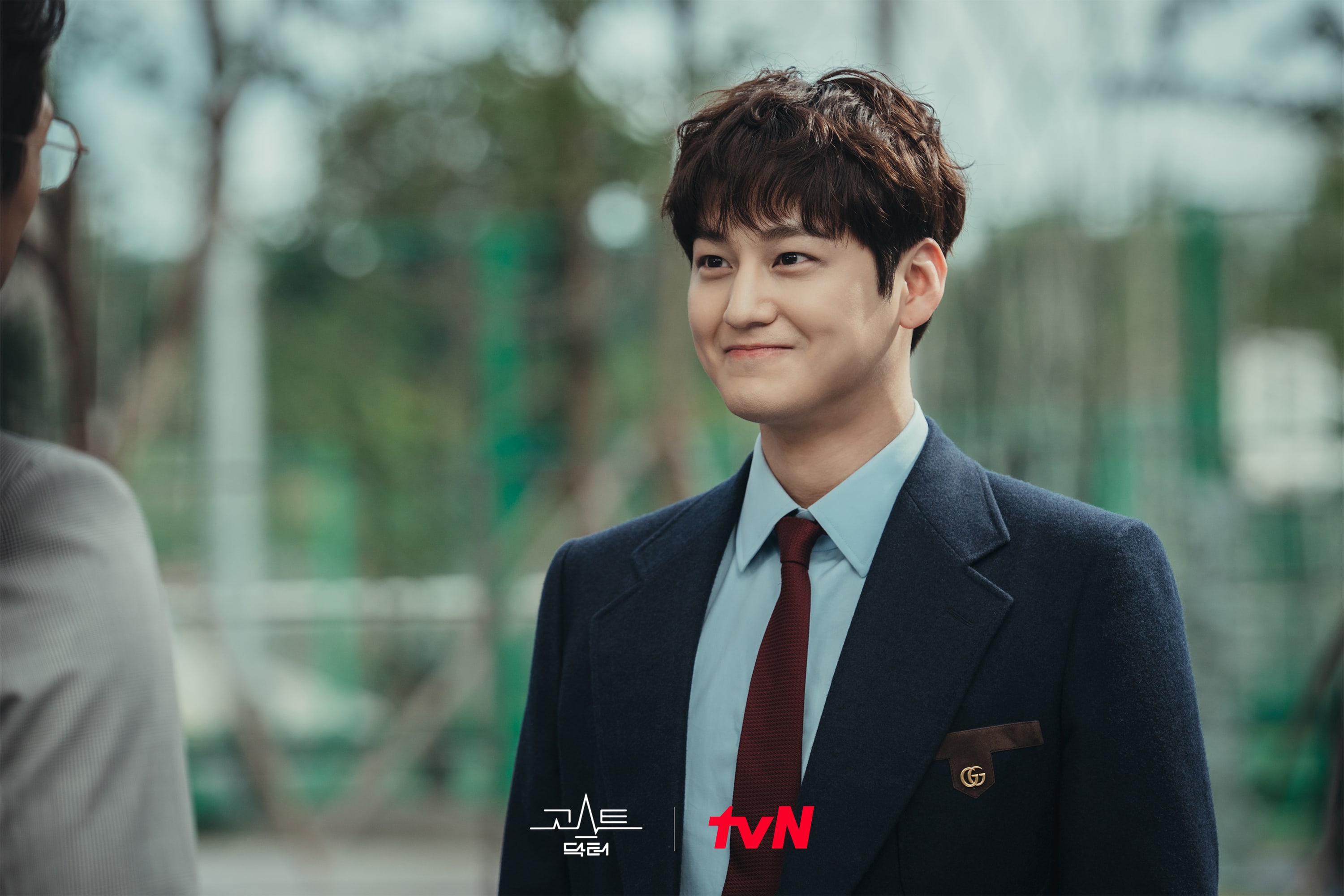 One photo depicts Cha Young Min and Go Seung Tak walking side by side. They create completely dissimilar atmospheres, but they’re both admired by all the women in the building. Expectations are high for their upcoming bromance. 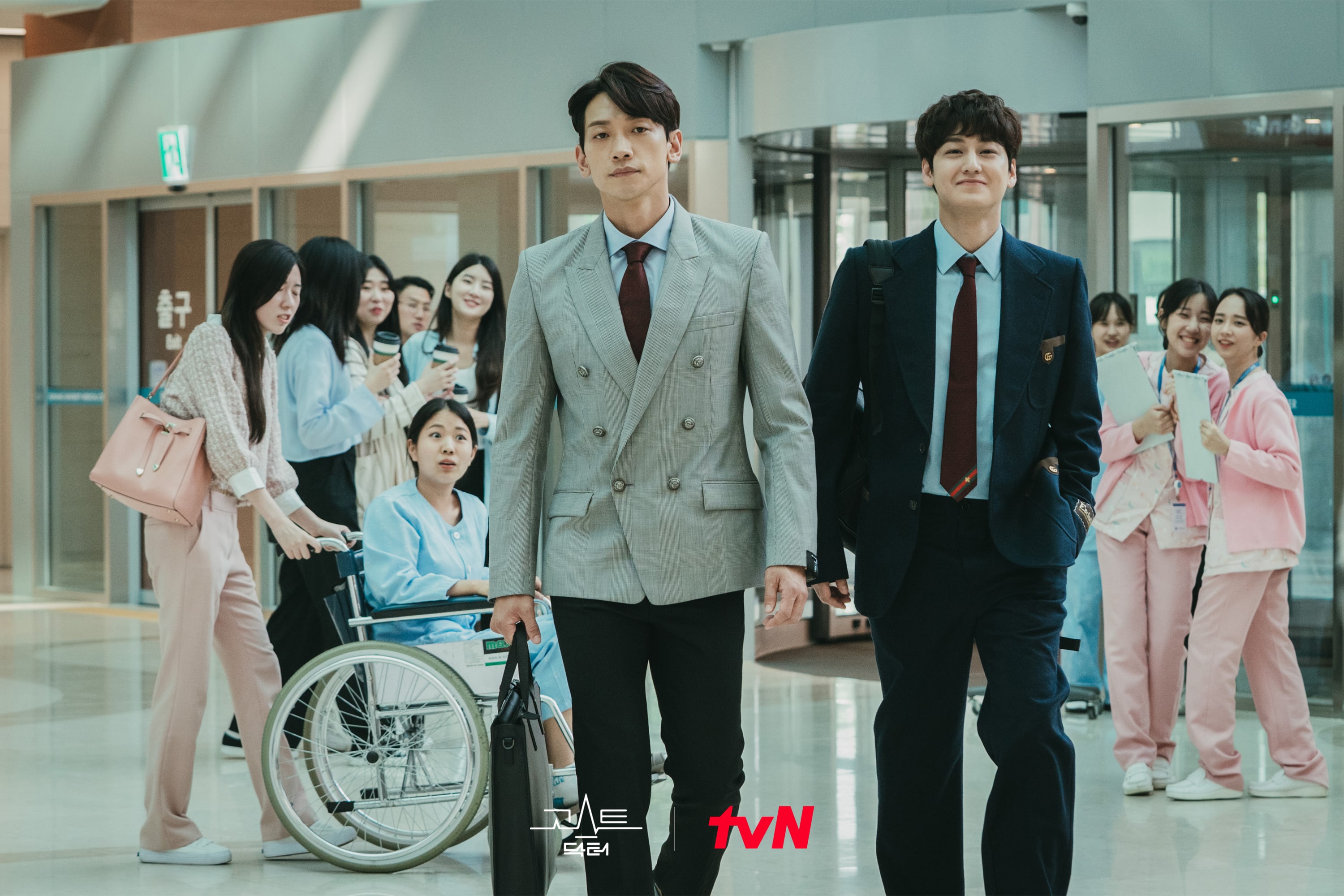 The production team commented, “Cha Young Min and Go Seung Tak, who have opposite personalities, will become entangled with each other due to an accidental incident. Please look forward to their relationship and the interesting developments that will unfold after they face a huge transition in their lives. In particular, please pay a lot of attention to the passionate performances of Rain and Kim Bum who will bring their characters to life.”

While you wait for “Ghost Doctor,” watch Kim Bum in “Tale of the Nine-Tailed” with subtitles here:

Kim Bum
Rain
How does this article make you feel?