SM Entertainment has unveiled its plans for an exciting new project!

On December 10, the agency announced that it would be kicking off an ambitious new project entitled “SMTOWN 2022 : SMCU EXPRESS” later this month. “SMCU” stands for SM Culture Universe, and the project will allow fans to experience SM’s unique metaverse through a wide variety of futuristic content.

On January 1, SM Entertainment will be holding an online concert entitled “SMTOWN LIVE 2022 : SMCU EXPRESS @KWANGYA,” which will feature the agency’s artists coming together in the fictional KWANGYA to perform at the SMCU Express Station.

Just like last year, SM Entertainment will be streaming the concert for free, as a special gift for fans all over the world who are exhausted from the long-running COVID-19 pandemic. Viewers will be able to tune in to the concert on a variety of platforms, including YouTube, Beyond LIVE, LG’s U+ IDOL LIVE, and more.

Additionally, for the first time in 10 years, SM Entertainment will be releasing a special agency-wide winter album featuring many of its artists. Not only will “2021 Winter SMTOWN : SMCU EXPRESS” include songs by various SM groups, but it will also feature special never-before-seen collaborations by members of different groups.

“2021 Winter SMTOWN : SMCU EXPRESS” will be released on December 27, and pre-orders for the album will open on December 10.

Finally, starting on December 30, SM Entertainment will be launching a brand-new “SMTOWN EXPERIENCE : PLAY @KWANGYA” media exhibition using the LED screen on the first floor of its building in the Seongsu neighborhood of Seoul.

Check out SM Entertainment’s teaser for “SMTOWN 2022 : SMCU EXPRESS,” which hints at the various collaborations between its artists, below! 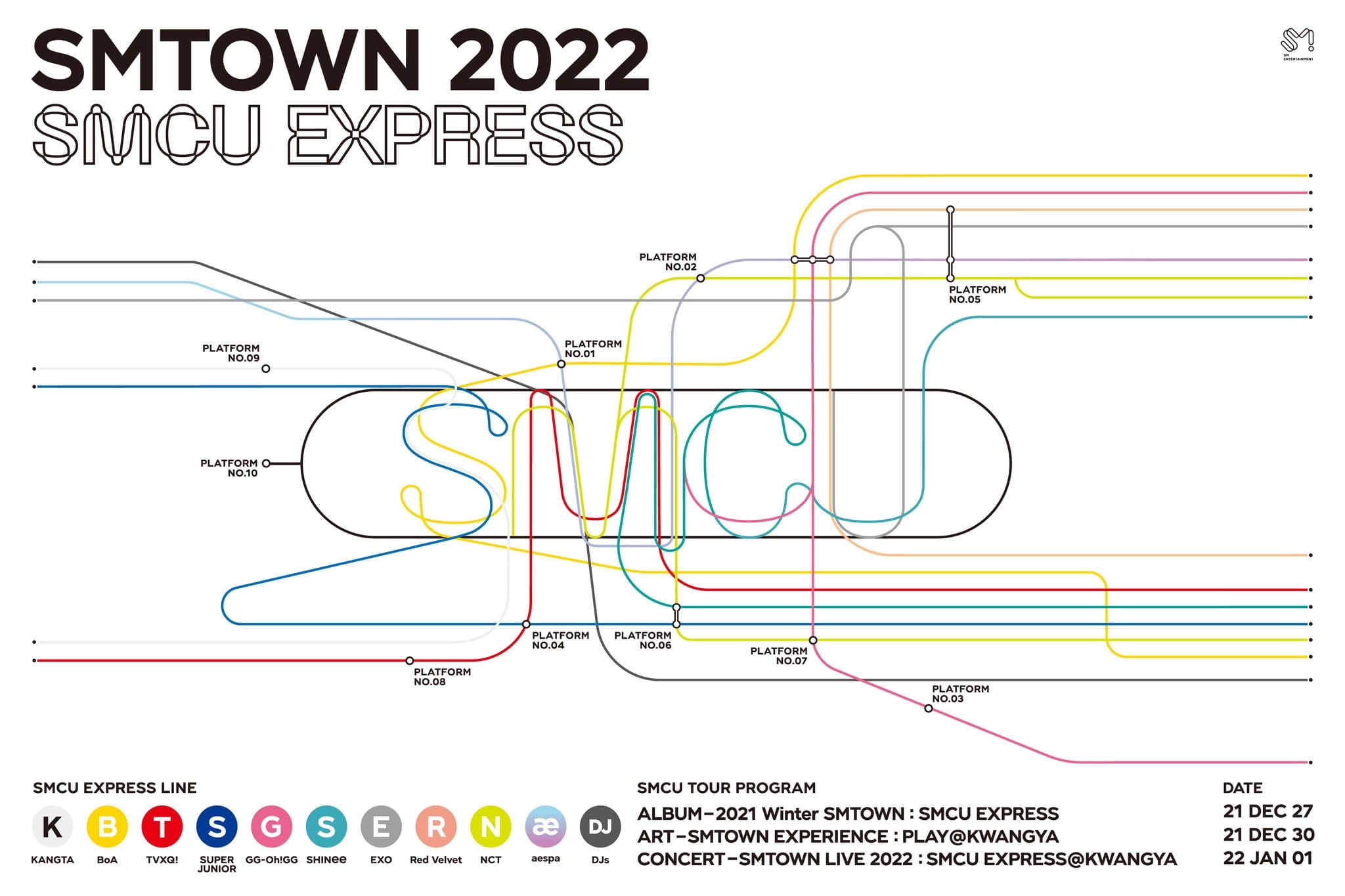