Gong Yoo, Bae Doona, Lee Joon, And More Encounter A Mystery On The Moon In “The Silent Sea” Poster

“The Silent Sea” is an upcoming Netflix series set in 2075, when Earth has become desertified and drained of its natural resources. A special team is tasked with heading to an abandoned research station on the moon, which is referred to as “the silent sea,” for a top-secret mission.

The new poster captures the special team just as they’re about to enter the abandoned research station on the moon. Past the open doors, there are people fallen on the ground, creating a tense atmosphere amidst the crew members while raising questions about what happened at Balhae Station in the past. The text on the poster reads, “The abandoned lunar base. The crew members began to be killed,” hinting that the mystery surrounding the base has yet to end. 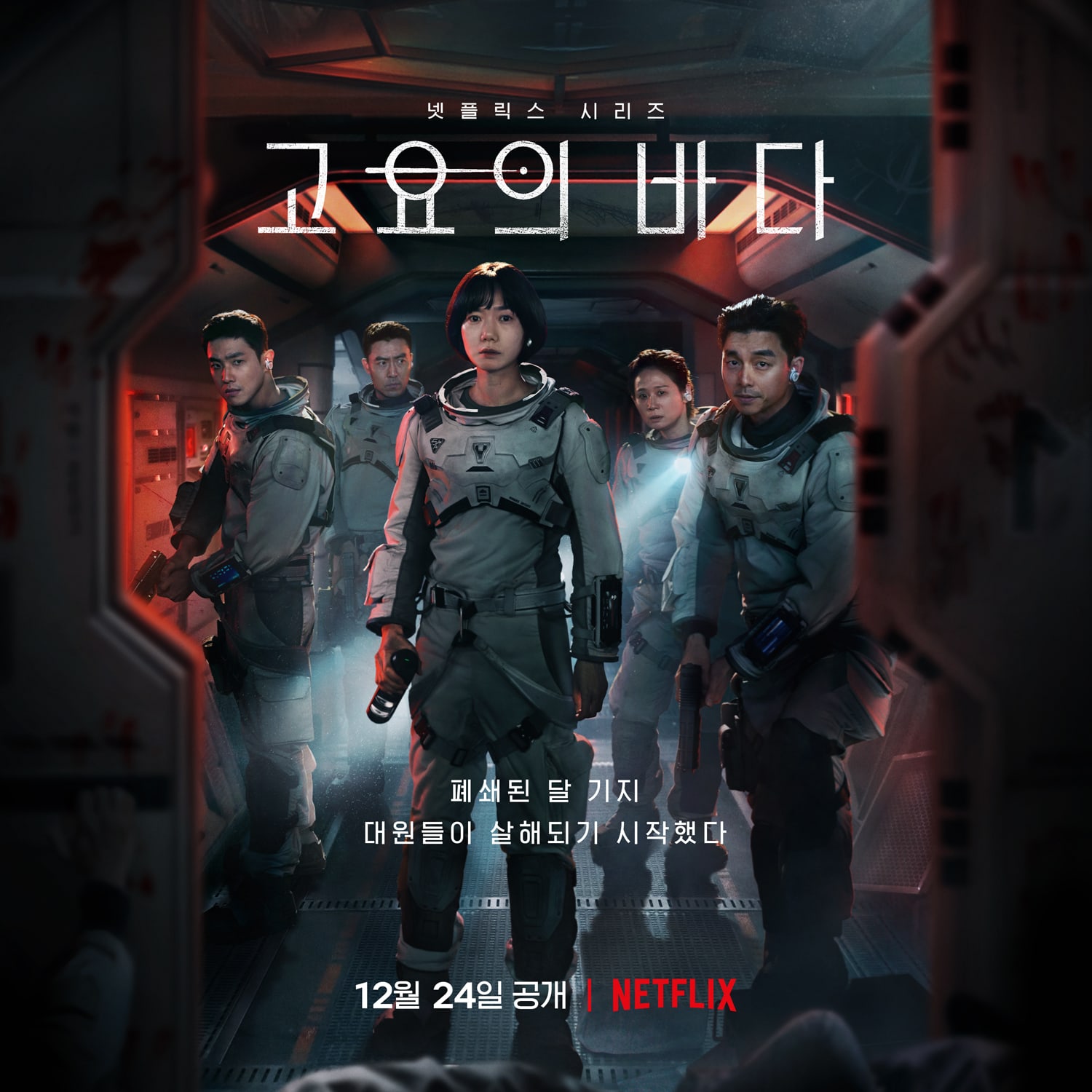 Director Choi Hang Yong stated, “The moon, which is close to the Earth but actually has little information revealed about it, felt charming to me.” He continued to preview the powerful suspense that viewers will feel as an unexpected story unfolds on the quiet and desolate moon. Along with the vast space scenery and the intriguing surface of the moon, viewers will be captivated by the mysterious story surrounding Balhae Station.

The director added, “‘The Silent Sea’ is a story of the crew members’ survival, but going even further, it’s a story about the survival of Earth and human race.” Sharing that the story asks the question of how humankind should survive in the future through a story taking place in an Earth drained of its natural resources, Choi Hang Yong explained, “I captured this in the perspective of believing in humankind’s goodness unlike other survival stories that showcase the weakness of humans in extreme situations.” He elaborated, “If you look closely, differences can exist within that goodness as well,” making viewers wonder about the different decisions the crew members will make in the face of the upcoming danger.

Scriptwriter Park Eun Gyo also commented, “‘The Silent Sea’ is a story that tosses around the question about the value and meaning of survival in a space that’s the closest to death. If all of humankind is placed in a situation in which their lives are threatened, on what standard would we choose our actions and the path to better humanity?”

“The Silent Sea” will premiere on December 24. Take a look at a teaser for the series here!

While you wait for “The Silent Sea,” watch Bae Doona in “Matrimonial Chaos“: