Solbin Talks About LABOUM’s Resurgence With “Journey To Atlantis,” Relating To Her Drama “IDOL: The Coup,” And More

LABOUM’s Solbin was recently interviewed to discuss the conclusion of her drama “IDOL: The Coup,” the resurgence of LABOUM’s 2016 song “Journey to Atlantis,” and more!

JTBC’s “IDOL: The Coup” is a drama about idols who have failed to reach stardom and are struggling to let go of their unachieved dreams. The story centered on the fictional girl group Cotton Candy, whose member Hyunji was played by Solbin.

The drama aired its finale on December 14, and in an interview with OSEN, Solbin commented, “I think it’s about right to say that I feel simultaneously relieved and sad. I still feel like Cotton Candy’s Hyunji, so it’s somewhat regretful. It’s the first time in a long while [that I have experienced] a drama like this. That’s how much affection I developed for it, and it lingers that much more because it was a project I prepared for a long period of time with my family.”

She also discussed her chemistry with EXID‘s Hani, sharing, “Whenever I would fight with Jenna [Hani’s character], it was so hard because it was really emotionally exhausting. Later on, whenever I would see Ahn Hee Yeon [Hani’s birth name], it felt like [looking at] Jenna, and I would tear up even if we just made eye contact. That was a really fascinating experience.”

Solbin continued, “Among dramas that deal with idols, [‘IDOL: The Coup’] had a very dark vibe, but what caught my attention was the production’s message. It had that stimulating keyword of ‘failed idol,’ and there were many scenes that touched me, but I really liked the message that [what mattered] was the process and not the result, and you can grow and move forward with that. I liked [the message] that numbers aren’t everything and the process is more important than the results.”

Solbin also touched on another important aspect of the drama, sharing, “I hope that those who dream of becoming an idol or entering the entertainment industry understand this side [of the job] and are able to choose their path without regret. I’m also someone who wanted to become a celebrity after only seeing their glamorous outer image. Although there were many difficult moments, I still don’t regret it.” 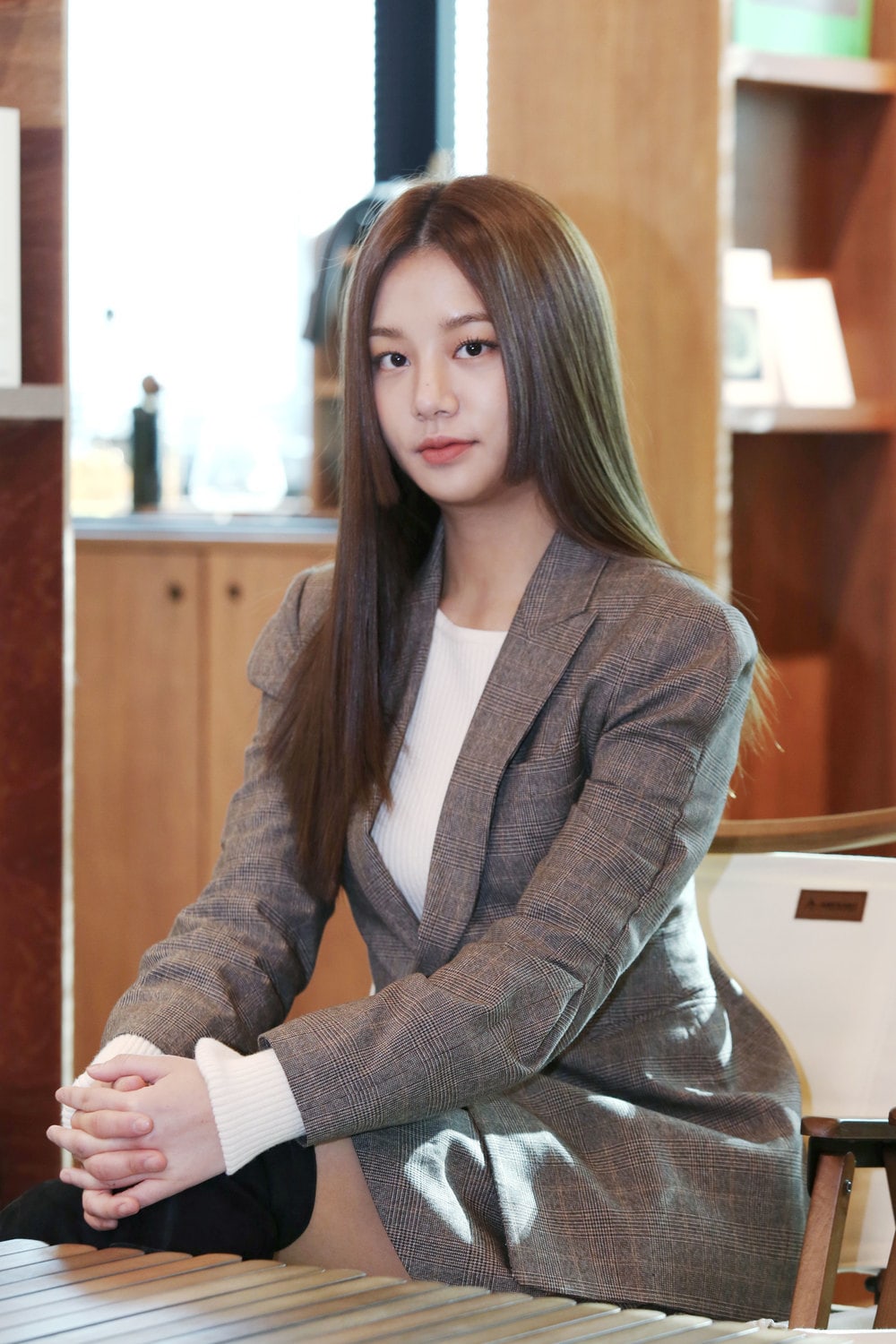 In an interview with Star News, Solbin explained how she was able to relate to the drama as a currently active idol. She commented, “The [drama’s] moments of [Cotton Candy] still getting stuck despite working hard and doing everything they could were realistic. Since it was a drama, the conflicts between members were really big, but there are always little things that come up. I think it captured the everyday aspects well.”

Solbin also shared more about the drama while being interviewed by Newsen. In terms of relating to her character, Solbin revealed that she is very different from Hyunji, who was known as Cotton Candy’s troublemaker. Solbin shared, “I’m the type to go over every single thought and concern. In real life, there were times when I was trying to live like Hyunji without noticing, and it felt very refreshing. I was surprised that I said what I wanted to say without thinking it over. I was fascinated, thinking, ‘How did I speak so well and so refreshingly?'” Solbin then added with a laugh, “After that, it didn’t come back.”

When asked how the members of Cotton Candy (EXID’s Hani, WJSN‘s Exy, Redsquare’s Green, and Han So Eun) were able to work so well together in such a short period of time, Solbin answered simply, “Because they are such good people.” She continued, “If there’s even just one difficult person, it’s hard to move things along, but since they were all such good people, we became close quickly and were able to meld into one another. We were considerate of one another and spent a lot of time talking about the drama.” 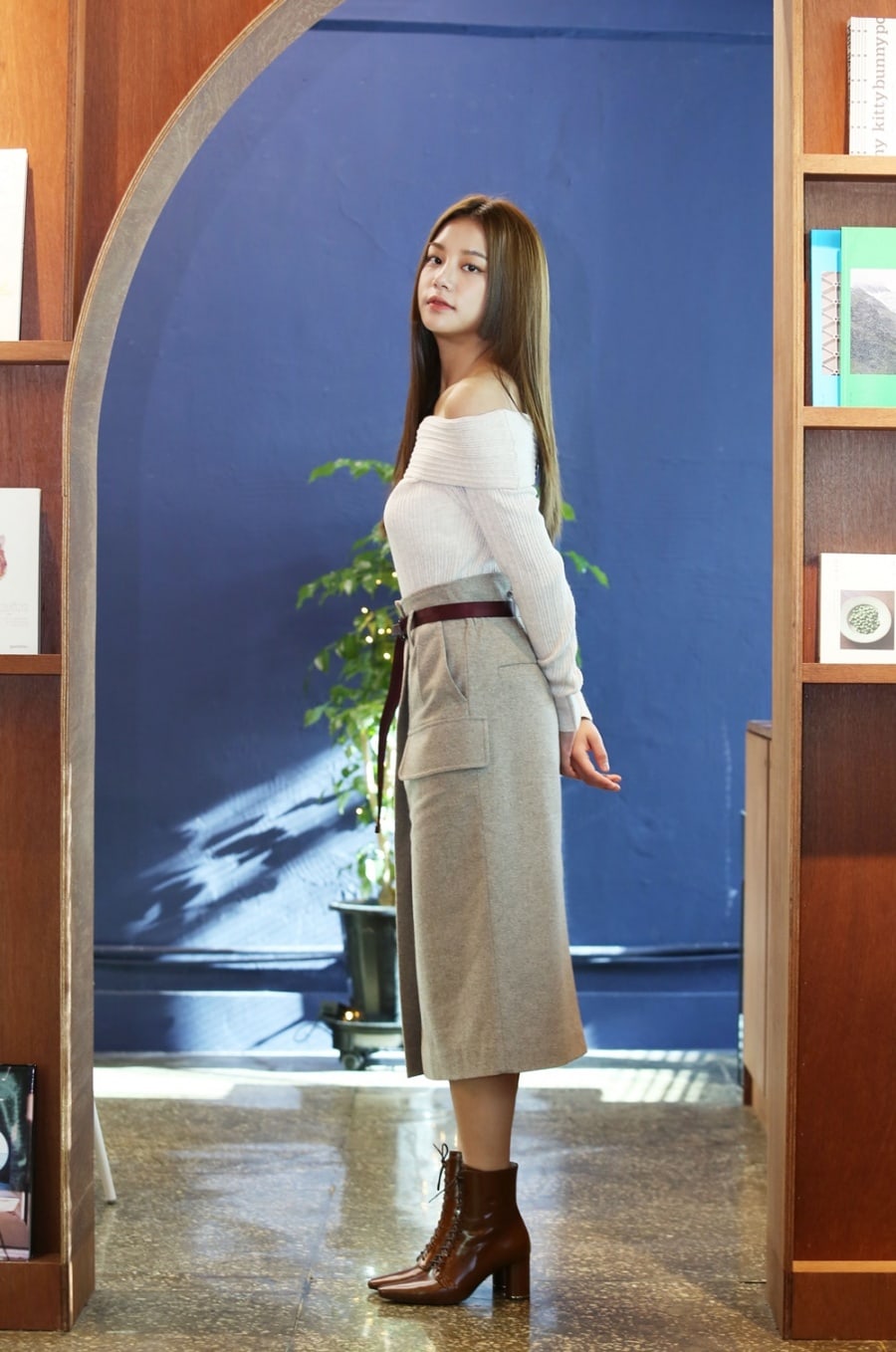 Later in the interview, Solbin was asked about LABOUM’s recent resurgence on the charts, as their 2016 song “Journey to Atlantis” found its way back onto the Korean music charts after being featured on MBC’s “How Do You Play?” earlier this year.

Solbin commented, “I couldn’t believe it. I was nothing but thankful. It felt like being compensated for enduring and working hard for the past seven years. I’m just thankful. One of my bucket list items was making it into the top 100 of a music chart. It was a desperate wish, so I was really happy to achieve that.”

To express her gratitude, Solbin wrote a letter to the members of “How Do You Play?” project group MSG Wannabe, who covered the song on the show. She gave the letter to MSG Wannabe member Lee Sang Yi, as they go to the same hair salon. In the letter, she wrote, “We all got together to watch the live broadcast. By filling our forgotten song with your voices, we think ‘Journey to Atlantis’ was able to come back to life. We will always support your activities in the future as well. We hope you are happy and do not get sick.”

As an idol now in her eighth year of promotions, Solbin was asked to choose the moment that most reminded her she’d made the right decision to endure any hardships for LABOUM. She answered, “When I’m on stage and when I see Latte [LABOUM’s fan club] watch our videos and leave comments, I think that I did the right thing by continuing [to stay with LABOUM]. I also really felt this during a recent fan signing. I think those were days when my fans stabilized my heart by saying, ‘That’s right. We like you this much.'”

In addition to growing as an idol, Solbin is also continuing to grow everyday as a person. She explained, “I think I’m someone who is still immature and lacking, just like Jeju Island stone walls [which have many gaps]. In the past, whenever I heard someone say that I’m mature, I’d feel really happy and think, ‘I want to become even more of an adult.’ Now, I want to let go of those thoughts and accept my lacking self. I think that’s how I was able to get to know myself better and become more mature. I want to continue growing, even with my gaps.” 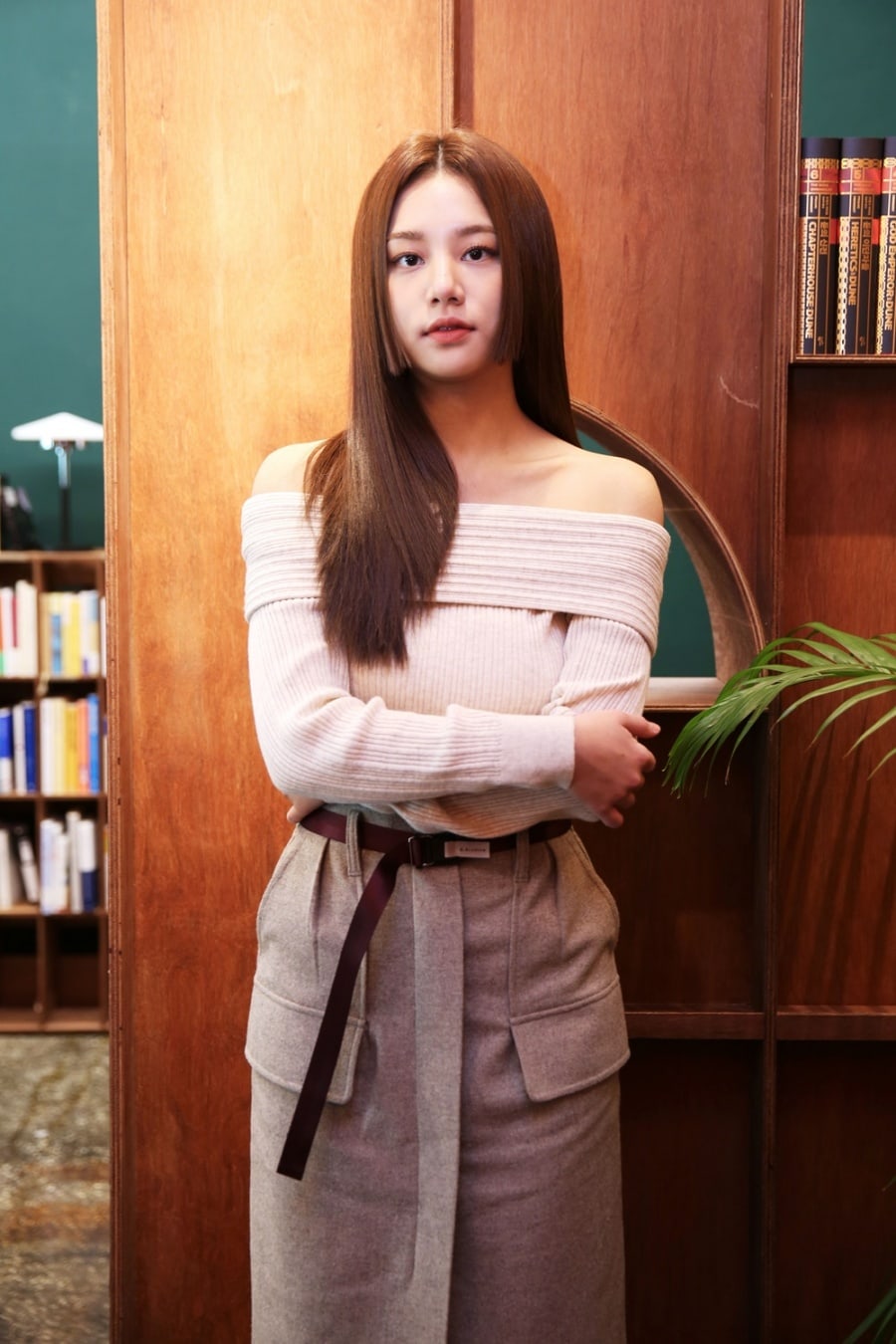 For her 2021 keyword, Solbin chose “idol” to represent her journey as an idol, as well as the drama “IDOL: The Coup.” For 2022, she chose the keyword “Ahn Solbin,” her birth name. Solbin explained, “I want to get to know myself better and live a bit more comfortably. Now, I prefer comfort over happiness. Isn’t pursuing comfort happiness? I want to live like that in 2022.”

She added, “I haven’t decided on my next project yet. For the time being, I’m going to dedicate myself to LABOUM promotions, and when LABOUM is resting and discussing our next album, I figure that’s when news about my next project will come out.”

Start watching Solbin in “Backstreet Rookie” with subtitles below!

LABOUM
Solbin
IDOL: The Coup
How does this article make you feel?