BLACKPINK’s Jennie and Rosé made a sweet show of support for their bandmate Jisoo and her upcoming drama!

On December 16, Jisoo attended an online press conference for the new JTBC drama “Snowdrop,” which will mark her first leading role as an actress.

Shortly afterwards, both Jennie and Rosé took to Instagram Stories to show love for Jisoo by posting photos of her from the press conference.

Jisoo went on to respond to both of her members’ posts on her own Instagram story. On her repost of Rosé’s story, she affectionately wrote, “Chu-stalker Chaeng-ie,” while she wrote to Jennie, “Thanks, dumpling. Let’s make and eat dumplings again.” 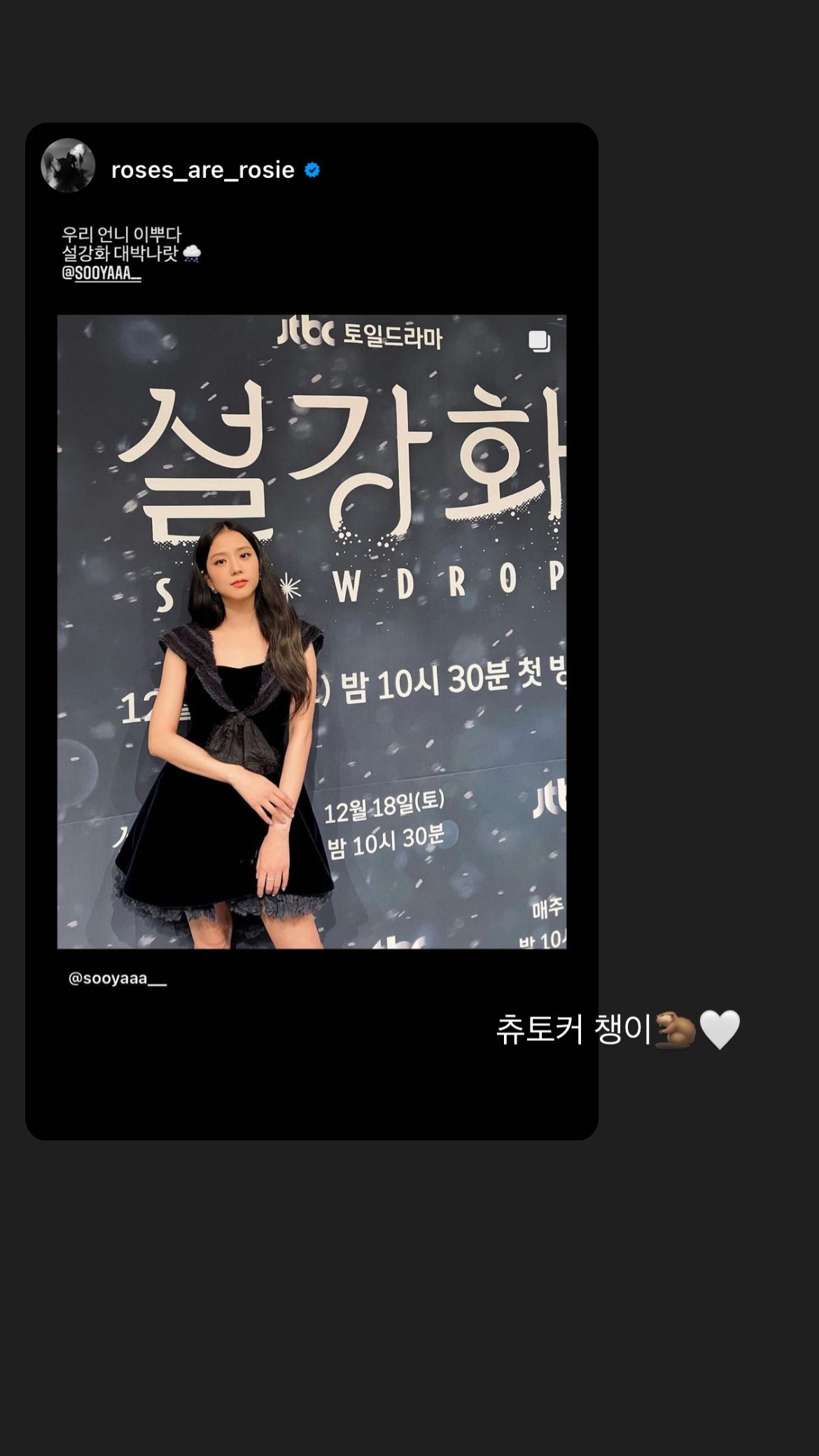 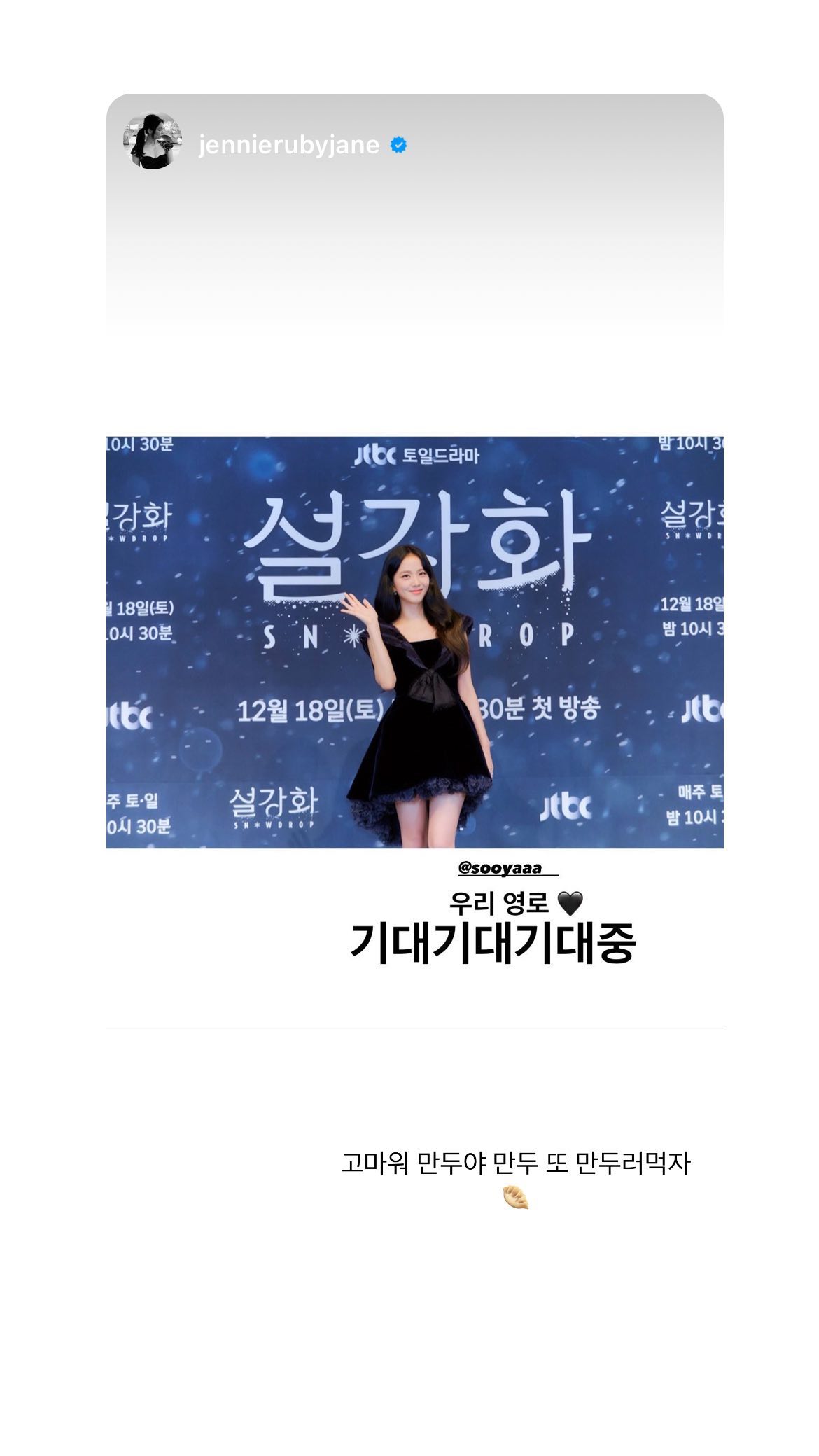 In a live broadcast later that day, Jisoo mentioned that Lisa had also sent her a text message after the press conference. Jisoo revealed, “Lisa may have watched my [conference], because she sent me a message earlier saying, ‘Unnie, you’re pretty! You worked hard.'”

“Snowdrop” will premiere on December 18 at 10:30 p.m. KST. In the meantime, check out a teaser for the drama here!