tvN’s upcoming drama “Ghost Doctor” has released fun character posters for each of its four leads!

Helmed by “Heirs” director Boo Sung Chul, “Ghost Doctor” is a fantasy medical drama about two doctors who could not be more different in terms of their backgrounds, skills, or personalities, but who end up combining bodies and spirits.

Rain’s poster features the talented Cha Young Min struggling with the fact that he must now rely on the irritating Go Seung Tak to get things done. As he glares disapprovingly up at the nonchalant Go Seung Tak, his poster’s caption reads, “The jerk I hate the most has become my last hope!” 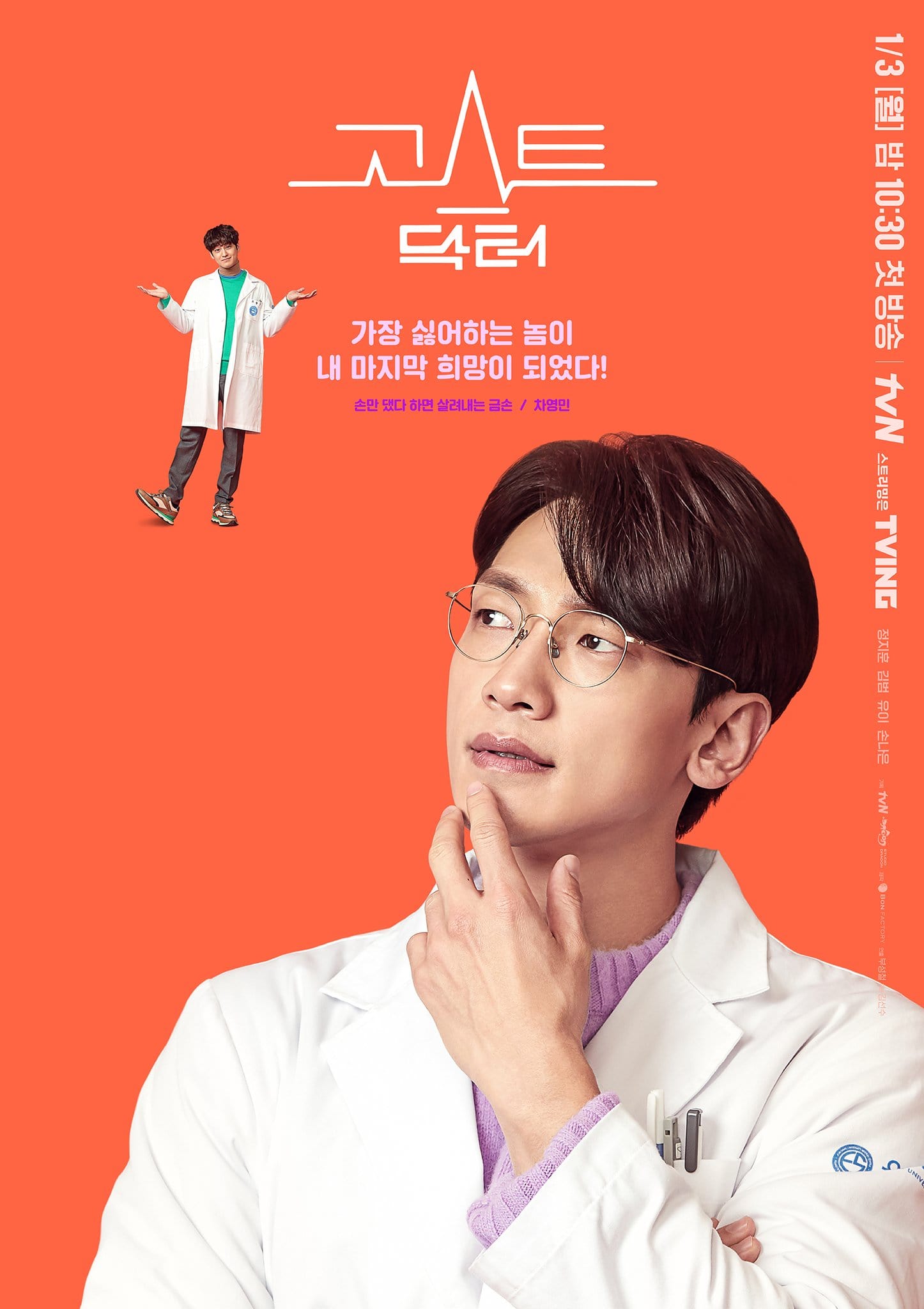 Meanwhile, Kim Bum’s poster amusingly captures Go Seung Tak’s annoyance at having to deal with the inescapable Cha Young Min, who hovers just over his head.

As the arrogant resident pulls at his own hair in frustration, he exclaims in his caption, “Get lost! This damned ghost! Why do you come and go as you please! Why! Why!” 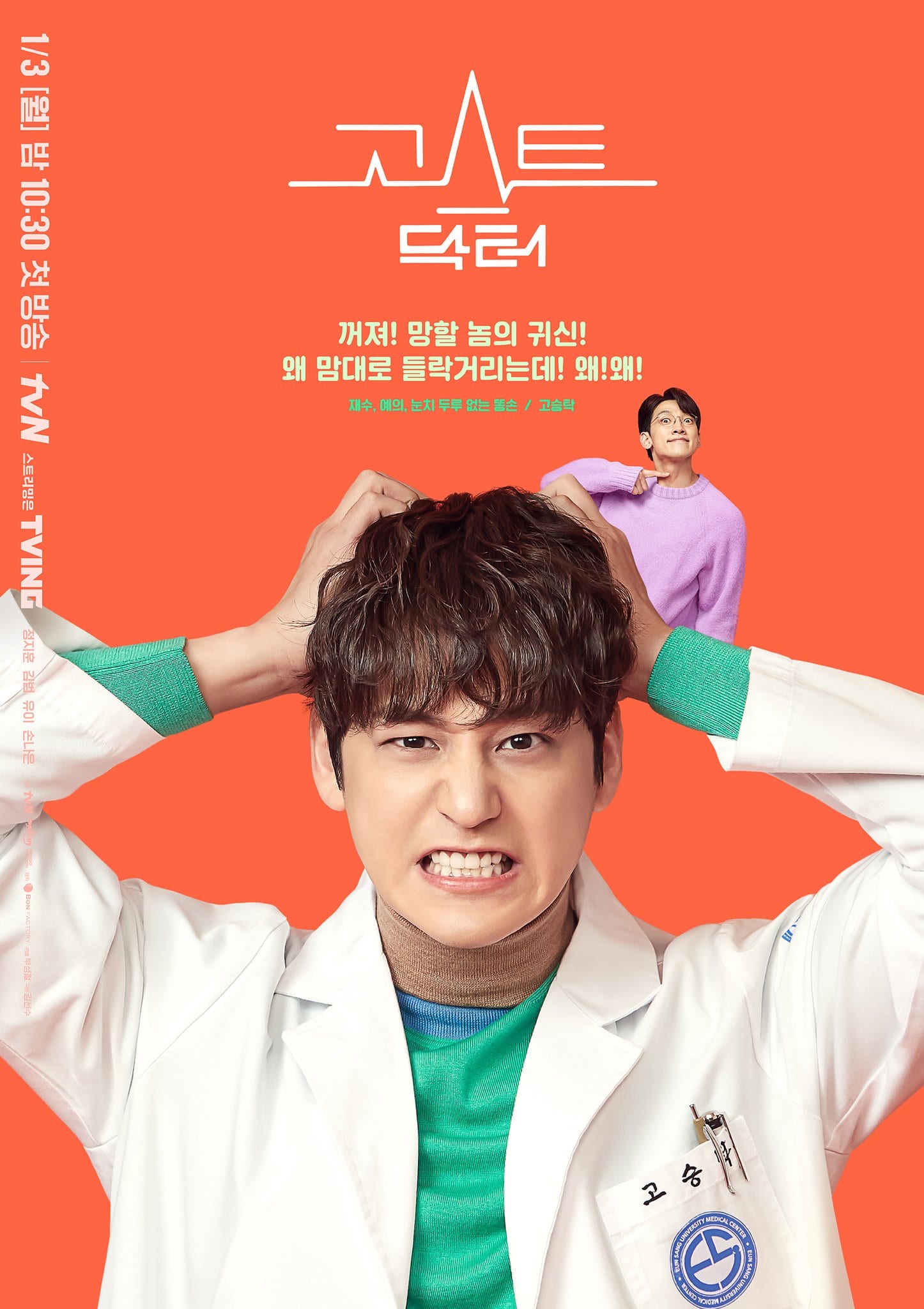 Son Naeun’s poster intriguingly hints at her character’s future partnership with Go Seung Tak, who attempts to sneakily hide his secret by covering himself up with his lab coat.

Wearing a playful expression, Oh Soo Jung says mysteriously, “You want to cover this up? Then I’ll help for now!” 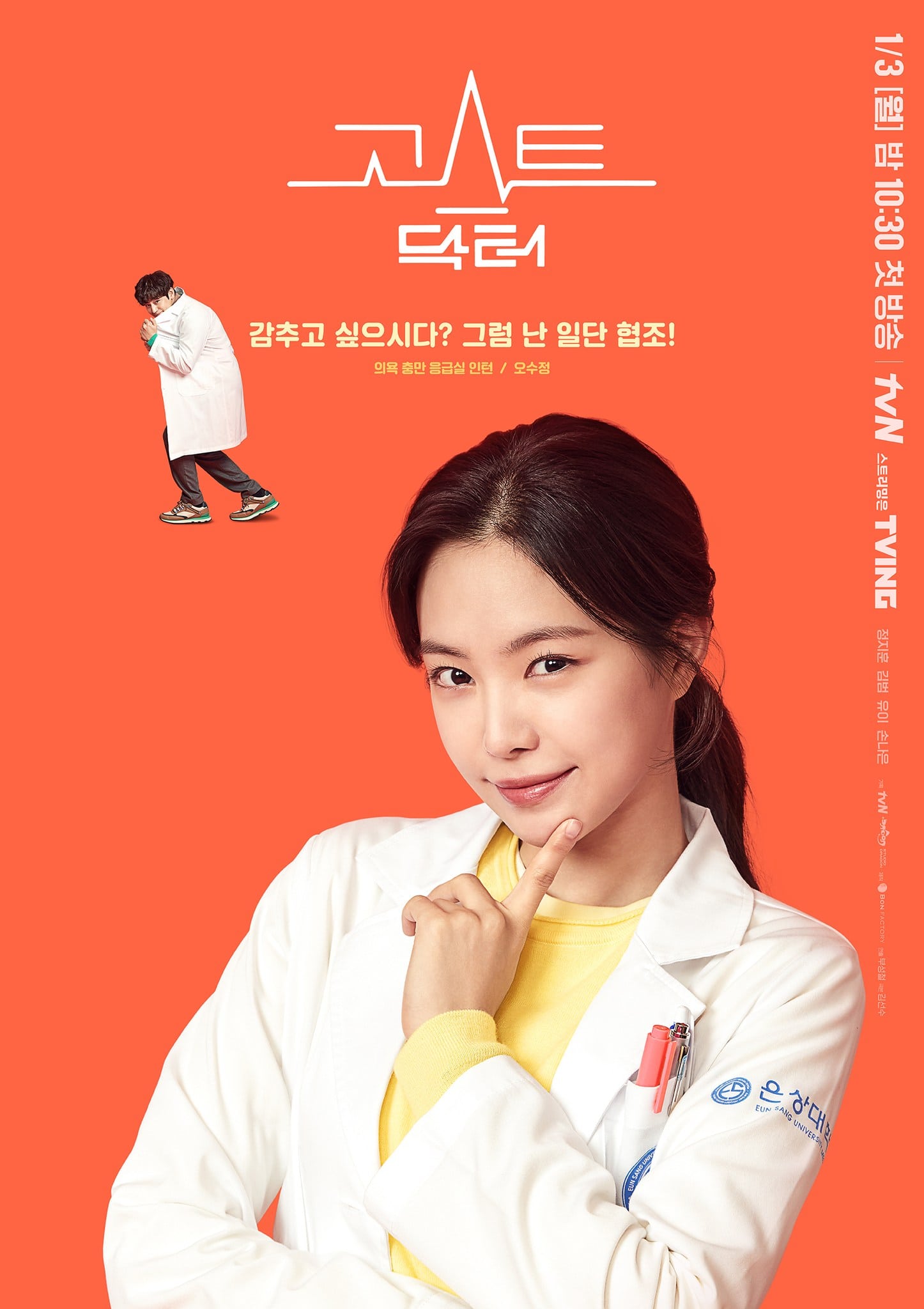 As he floats in the corner of the poster with his heart still beating, she passionately declares, “I’m going to save you no matter what. So you need to muster up strength as well!” 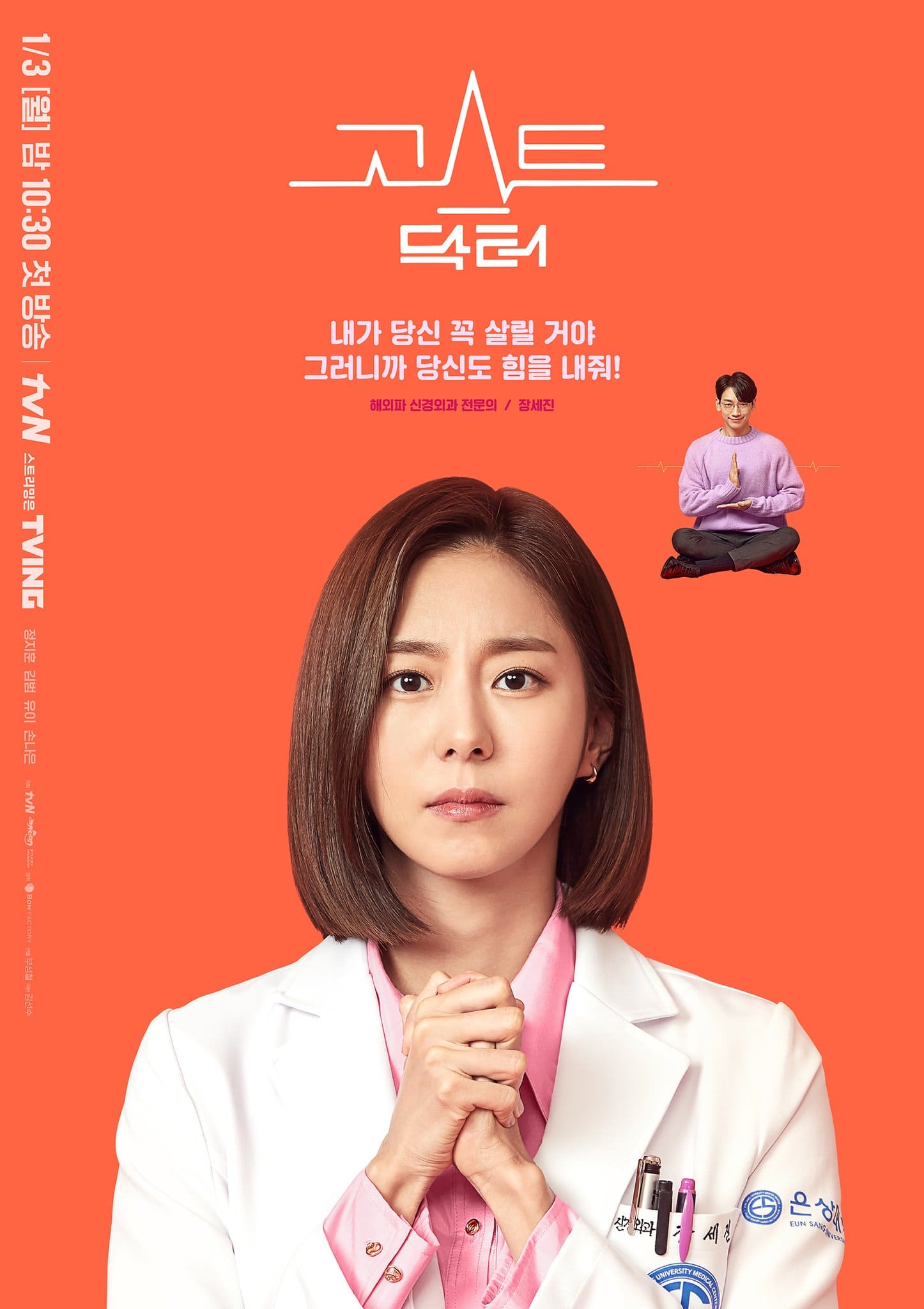 The producers of “Ghost Doctor” commented, “The stories of characters Cha Young Min, Go Seung Tak, Jang Se Jin, and Oh Soo Jung are all extremely interesting. The chaotic hospital life that will be created by these four people, each of whom has very different charms, will bring viewers a new and different kind of fun. Please look forward to finding out how they wind up entangled with one another, as well as the explosive chemistry between actors Jung Jihoon [Rain], Kim Bum, Uee, and Son Naeun.”

In the meantime, watch Kim Bum in “Tale of the Nine-Tailed” with subtitles below: