“Chimera” stars Park Hae Soo as violent crimes detective Cha Jae Hwan, Claudia Kim as profiler Eugene Hathaway, and Lee Hee Joon as surgeon Lee Joong Yeob. Each for their own reasons, the three of them pursue the truth behind a serial arsonist called “Chimera” from 35 years ago that has recently begun killing again.

In the new stills, Cha Jae Hwan is clean-cut in a suit and holds a bouquet of flowers, but his facial expression is tense and anxious. His mother, Cha Eun Soo (Nam Gi Ae), stares into the distance with an ambiguous expression. In the drama, Cha Jae Hwan is a dutiful son who puts his mother first and is deeply worried about her memory loss. 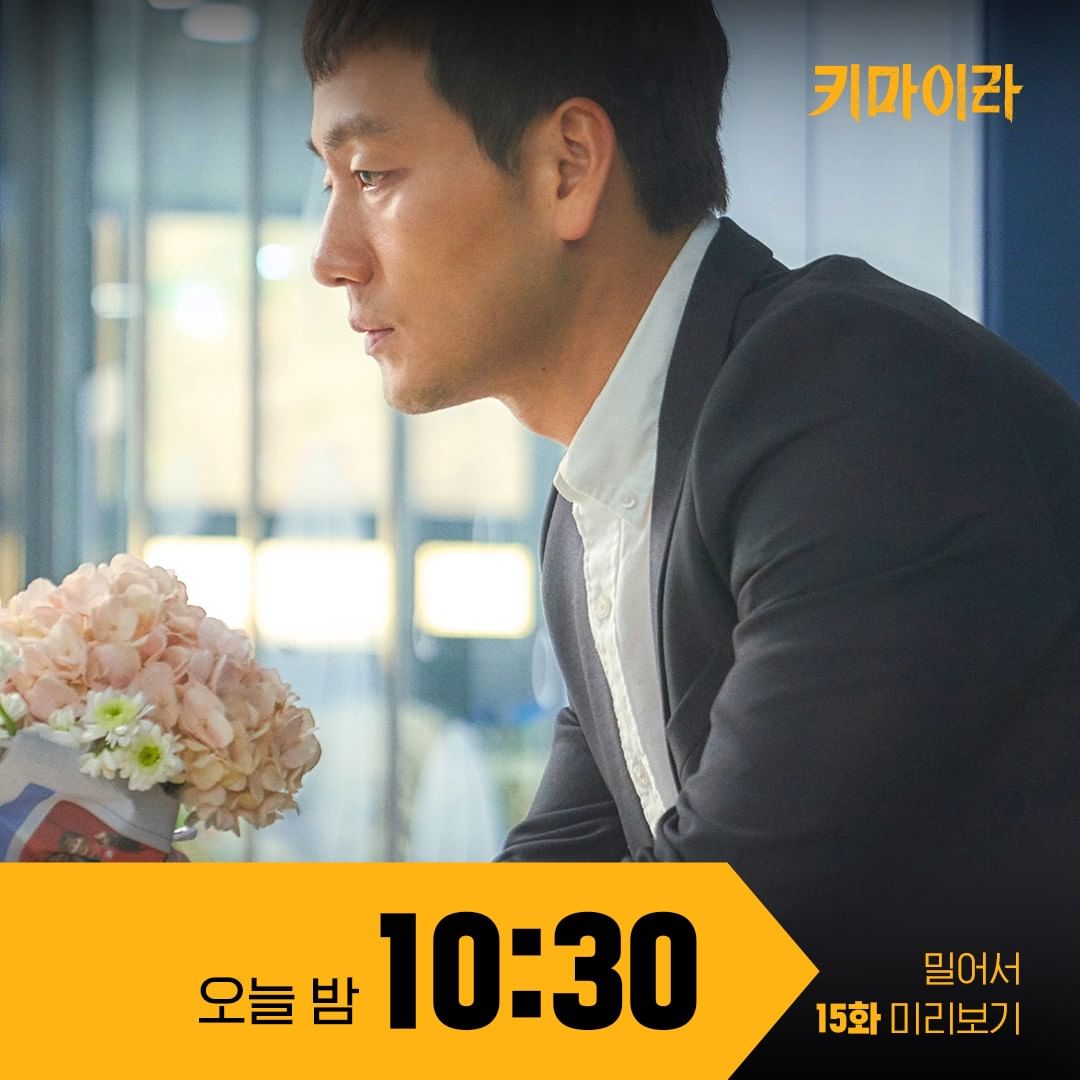 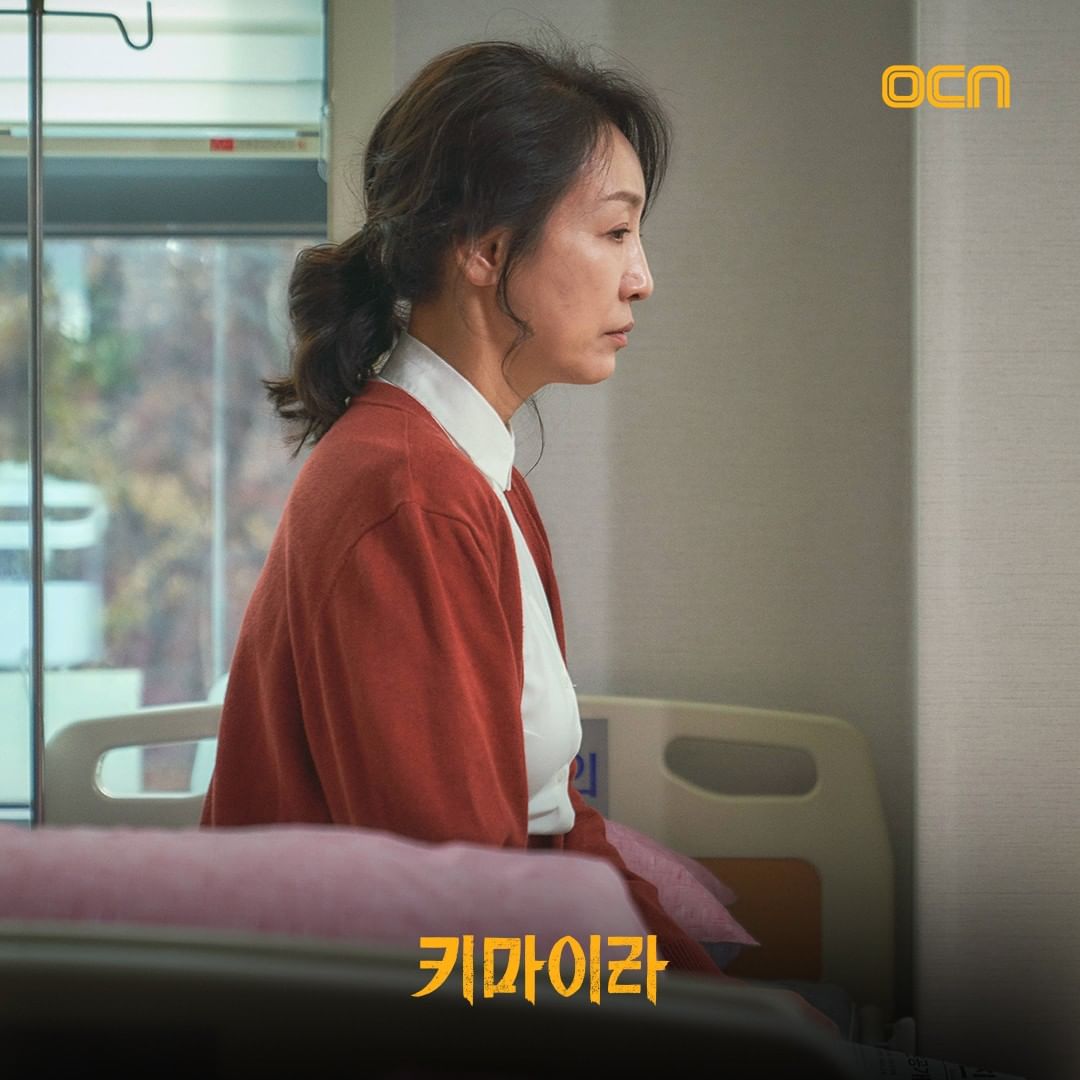 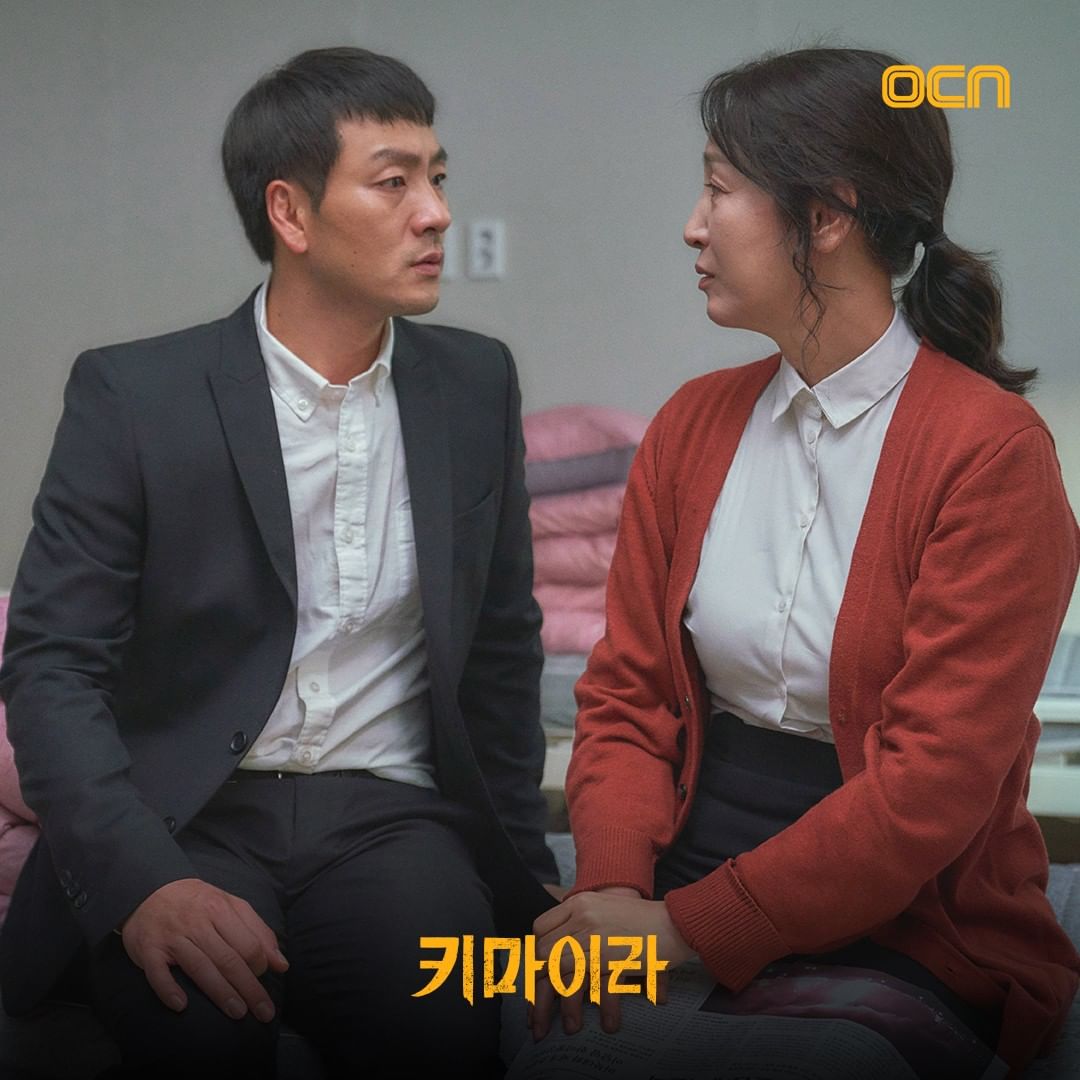 In the previous episode, Cha Eun Soo voluntarily went to the police and shared such a detailed story about the past that made it hard to believe she was really a dementia patient. Viewers were shocked to hear her confess and surrender herself as the killer behind the serial explosions in the “Chimera” case.

She also introduced a new plot twist by saying that she will fulfill the revenge she failed 35 years ago when her current memories fade and her past memories return, prompting curiosity about who the person behind the recent explosions could be.