“The One And Only” Previews Intriguing Relationships Surrounding Ahn Eun Jin, Kang Ye Won, And Joy

JTBC has shared an intricate character chart for the upcoming drama “The One and Only”!

“The One and Only” is an upcoming emotional romance drama about three terminally ill women who meet at a hospice. They decide that before they die, they want to take down one bad guy before they go – but in their attempt to take down just one person, they end up meeting the most valuable person of their lives. Ahn Eun Jin stars as Pyo In Sook, a woman recently diagnosed with a terminal illness, who joins Sung Mi Do (Red Velvet’s Joy) and Kang Se Yeon (Kang Ye Won) on a journey of realizing the meaning of life.

In addition to the three ladies, there are several diverse characters that they encounter.

On the chart, the most noticeable character aside from the three leading ladies is Min Woo Chun (Kim Kyung Nam), who has feelings for Pyo In Sook. As a mysterious hitman, he is being chased by Jo Si Young (Do Sang Woo), an inspector in the Special Crime Investigation Team. Also a part of this team are Hwang Ma Jin (Lee Bong Ryun) and Oh Jin Kyu (Jang In Seob).

Min Woo Chun is also colleagues with Shin Tae Il (Ahn Chang Hwan), the president of a commercial agency. He is given a murder request by capo Park Seung Sun (Choi Young Woo), but Min Woo Chun is the one who handles it, explaining why the inspectors are after him. 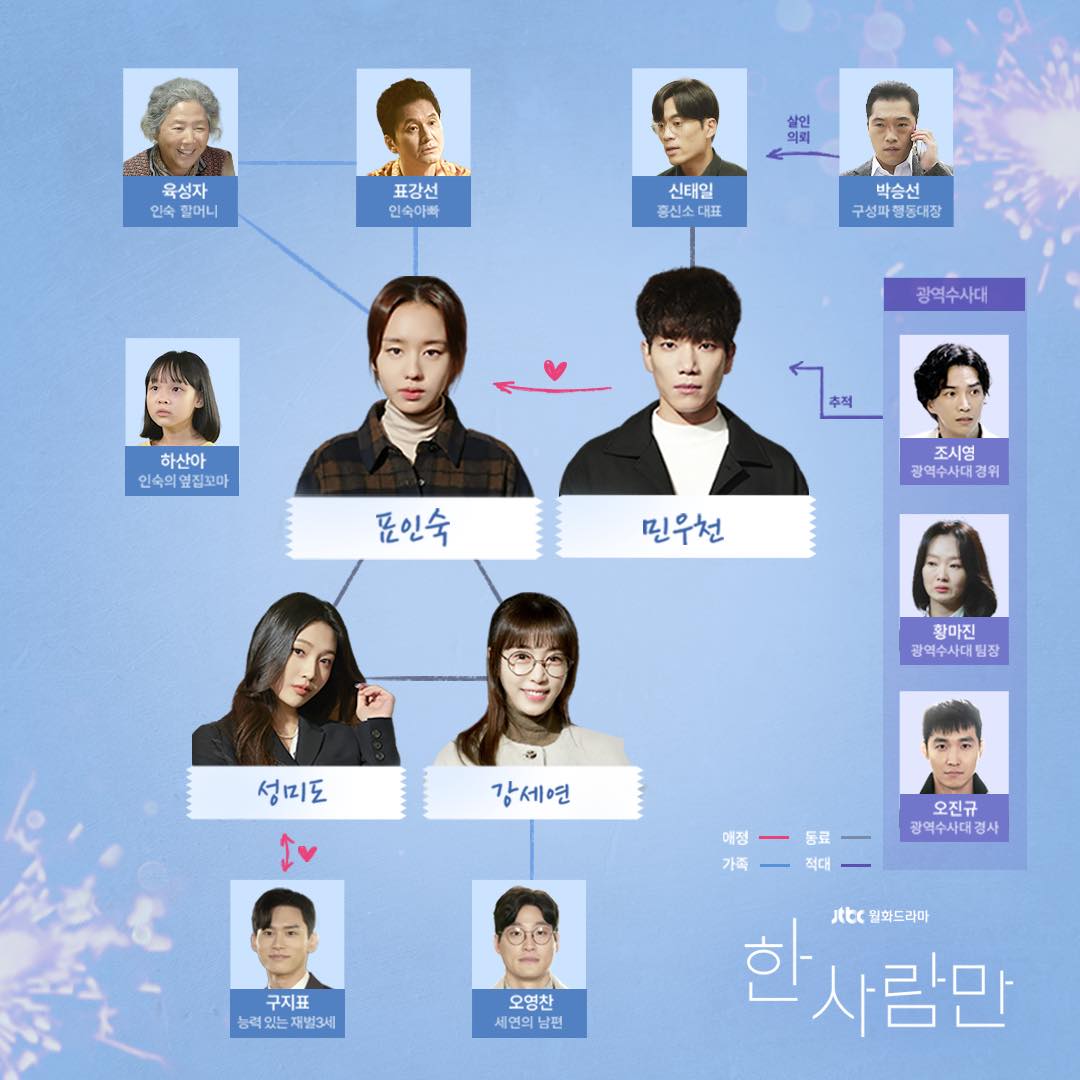 Other important characters include those at the “Morning Light” hospice, where the lead trio first meet. First, there are director Magdalene (Lee Soo Mi) and Veronica (Bora), who chooses to become a nun at a young age. To treat the hospice patients, there are Doctor Jo (Kim Byung Choon), cook Kang Seo Goon (Kim Jung Hwan), and music therapist Jo Woong Do (Jang Seo Won). The men who work at the hospice are those who have received community service orders, meaning they are in positions of power. Other patients at the hospice include Cha Yeo Wool (Joo In Young), Oh Chun Deok (Sung Byung Sook), Moon Young Ji (So Hee Jung), Moon Young Ji’s daughter Im Ji Hoo (Kim Soo Hyung), and Choi Sung Hae (Lee Hang Na). 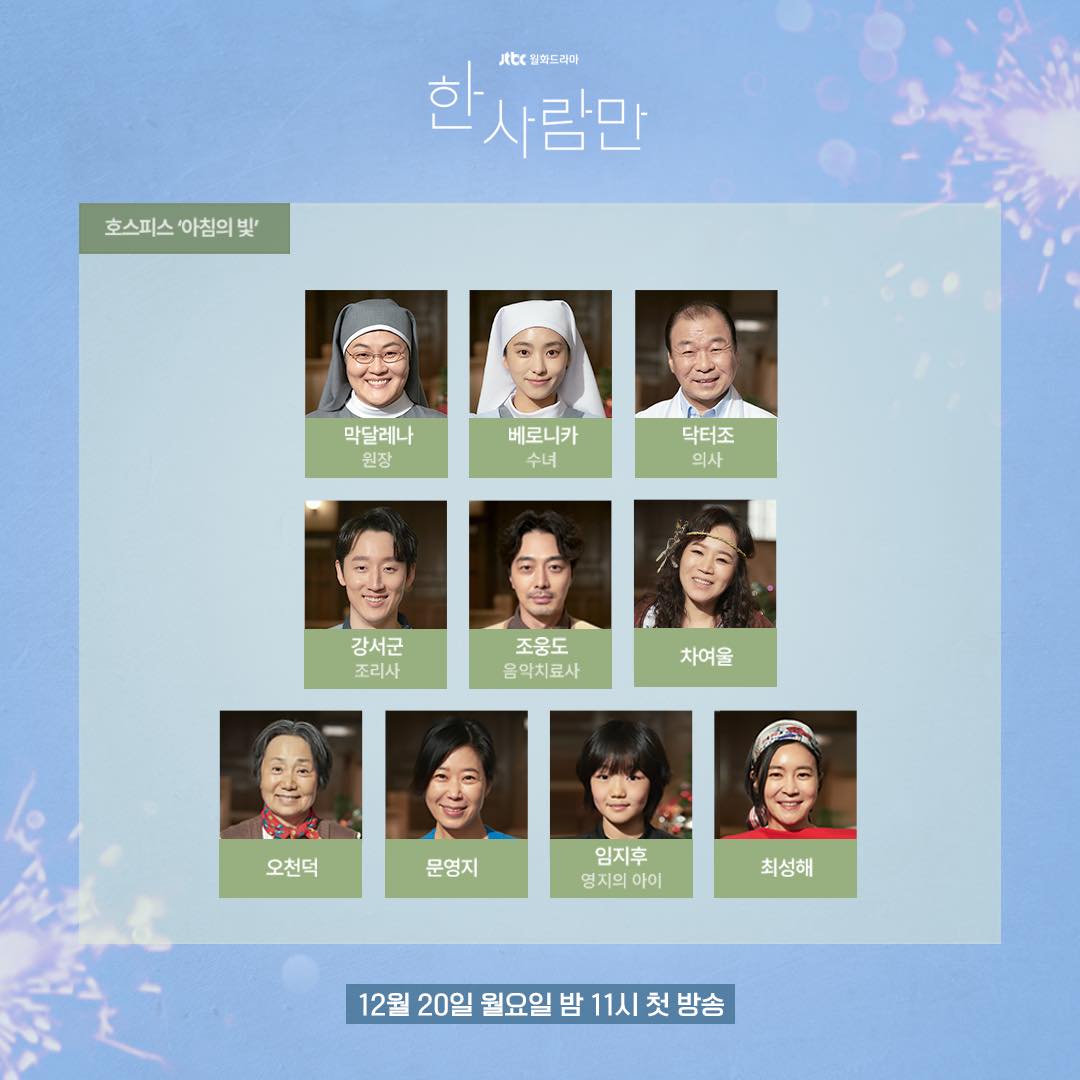 JTBC’s “The One and Only” premieres on December 20 at 11 p.m. KST and will be available on Viki!